Addiction of Gambling in Popular Media – Movies and Television 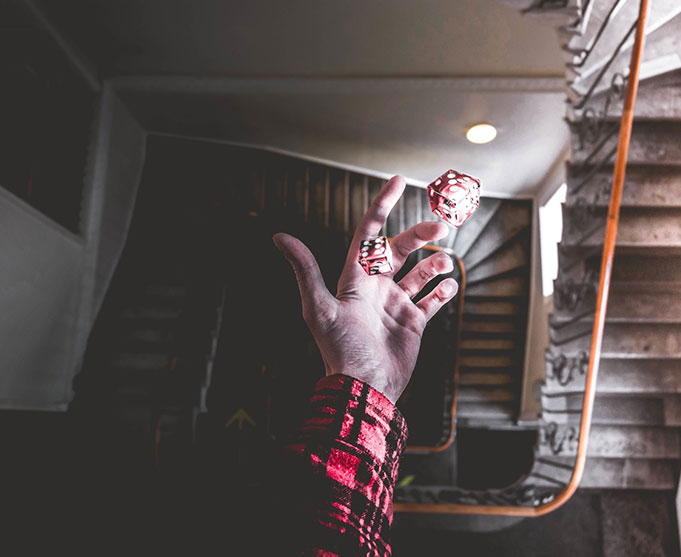 Gambling addiction is nothing new in popular media and pop culture. For years, movies and television series have included storylines addressing the topic or featured colourful characters afflicted with the addiction.

That being said, the media’s portrayal of gambling isn’t always the most realistic. Still, it’s important to note that most movies and television series have been created to entertain and not necessarily to provide realistic insight into gambling addiction or what a true sufferer experiences.

With that in mind, however, the following are some of the more interesting and noteworthy portrayals of gambling addiction in popular media.

Gambling in the Movies

This 2015 film follows the gambling addict, Gerry, a man facing financial hardship, but who is determined to change his luck with his newly found friend Curtis, whom Gerry believes is his good luck charm. Unlike other movies that focus on gambling, Mississippi Grind places actual focus on gambling addiction and shows the extent of Gerry’s problem gambling and the impact it has had on his life.

In fact, a review of the movie by Spencer Murch from the Centre for Gambling Research at UBC, found that Mississippi Grind did a great job of showing several of the “maladaptive cognitions” that are associated with problem gambling. Murch pointed out that when Gerry wins at the dog track, his delight is cut short when he suddenly realizes that he could have won a lot more money if he had bet on the dog to win, rather than just on the dog to place. Curtis tries to tell Gerry that if he had won more it would not have made him happier, but Gerry’s elation is ruined because he can’t help but think of how his win could have been even better.

The characters in this film are all poker players, playing for big money. The movie’s main focus is on two small-time, career poker players, Mike and his friend Worm. Mike initially gives up poker after he sustains a heavy loss, but gets back into the game to help his long-time friend, Worm, pay off a debt when Worm gets out of prison. Eventually, Mike recoups his debts in a tense poker game with the film’s antagonist Teddy KGB. The movie ends with Mike heading off to Vegas to fulfil his dream of playing in the World Series of Poker.

Although the movie does feature characters who are gambling addicts and these characters display certain realistic addict traits, the overall message the movie leaves about gambling is unrealistic. As the researchers from Centre for Gambling Research at UBC point out in their review of the movie, Mike obtaining his ultimate success at the end of the film and the implication that skill will eventually lead to profit in gambling are “dubious take-home messages”. 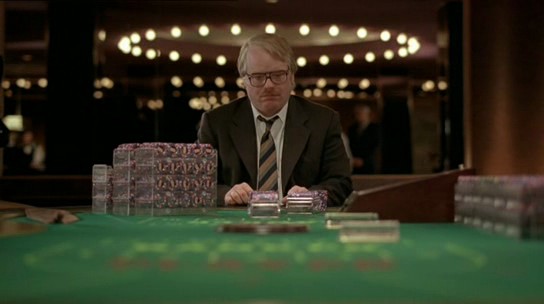 Considered by many to be the most accurate movie portrayal of problem gambling, Owning Mahowny is based on the real-life events of Brian Molony, a Toronto banker who was convicted of embezzling money from a Canadian Bank. Molony embezzled the money to fund his escalating gambling addiction. In the movie, Dan Mahowny is the name of the character based on Molony. The movie starts with Dan receiving therapy for his addiction after his arrest, suggesting that his addiction is a form of mental illness. As the movie continues, the story goes back in time, showing Dan’s problem gambling escalating out of control until he’s stealing millions from the bank to fund his high rolling bets.

Owning Mahowny does provide one of the best portrayals of gambling addiction in the media. It doesn’t glamorise gambling as many other movies do and shows that even though Mahowny was highly intelligent and mathematically clever, these skills didn’t help him build a profit from gambling. For the most part, he was completely oblivious to his addiction and his addiction was completely beyond his control. In the end, it ruined his life. 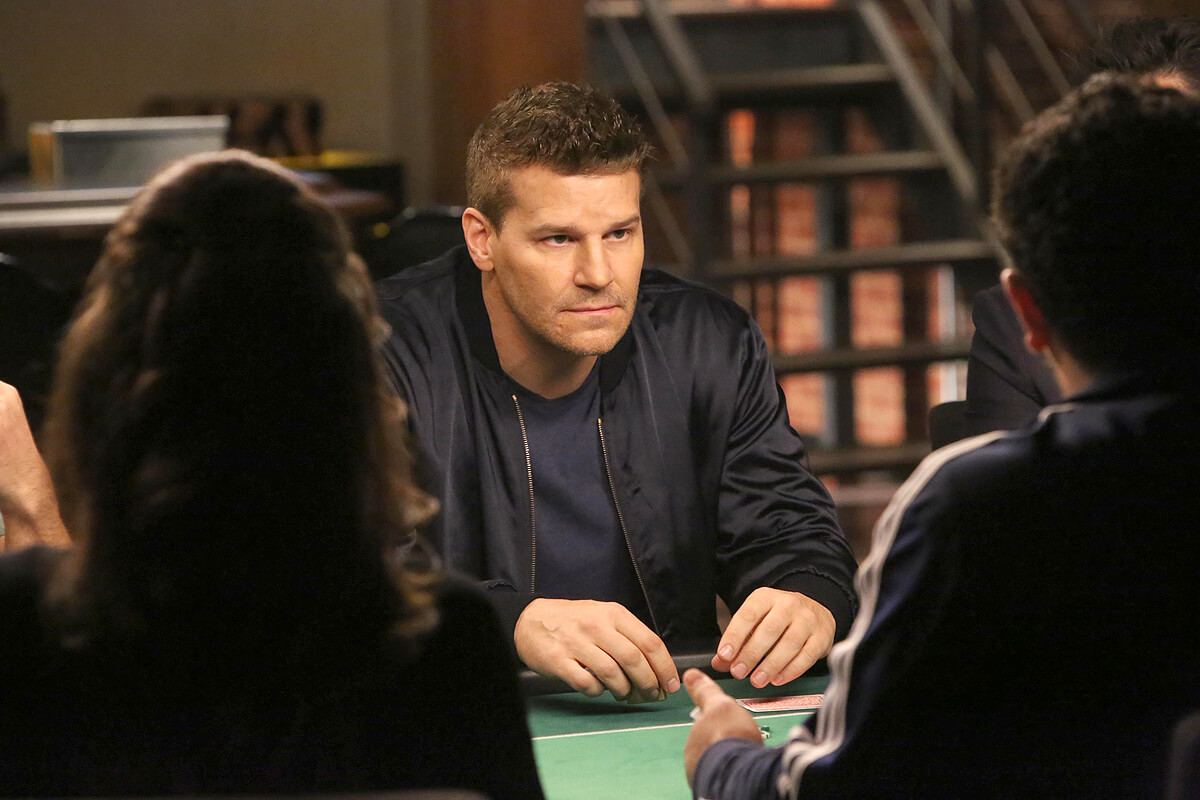 Although a charming and charismatic federal agent, Seeley Booth is also a recovering gambling addict, still battling his addiction demons. It is revealed that his gambling addiction developed while he was attempting to deal with post-traumatic stress resulting from his army service. Eventually, he realizes he has a problem and decides to give up gambling when he misses the first birthday of his son, because he didn’t want to break away from a good run. Seeley also attends Gamblers Anonymous meetings.

Research has found that people struggling with mental health issues are at a greater risk of developing addictions. Furthermore, since Seeley was using gambling as a coping mechanism for his post-traumatic stress, he was trying to escape from his problems, another realistic trait of gambling addiction. Joining a support group, such as attending Gamblers Anonymous meetings, is an important part of recovery. 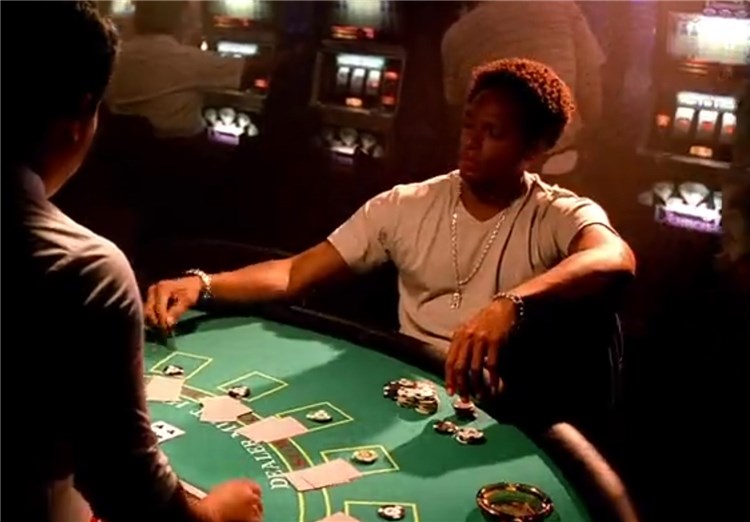 Warrik battled with a gambling addiction before and during his time with the CSI team. Warrik’s addiction has both a financial and psychological impact on his life, sometimes driving him to the point of breaking the law and skipping out on his job to feed his addiction. Abandoning his job results in the death of a fellow investigator. His supervisor acts as his sponsor/mentor and helps to guide him on a more stable path. Although he does veer from the path, his supervisor remains an important part of his life.

Warrik displays many traits of problem gambling, including abandoning his job, breaking the law and being not only effected by his addiction financially, but psychologically as well. The inclusion of his supervisor helps to show how important it can be for an addict to have a mentor or a sponsor. 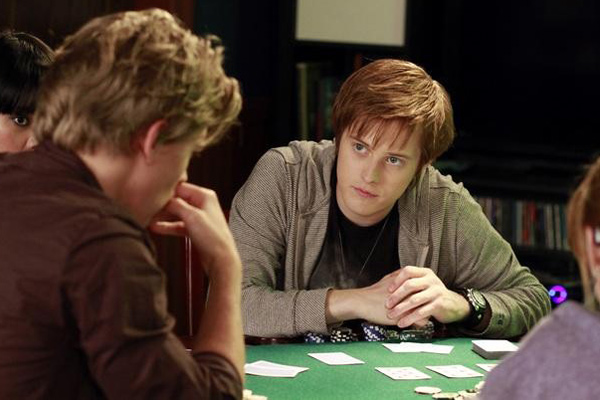 What makes this portrayal of gambling addiction noteworthy is that the character, Toby, who is the addict, is a teenager. In the episode Dogs Playing Poker, it is revealed that Toby is an avid poker player who has a “lucky deck”. In spite of his love for the game, it has caused him financial trouble in the past. He lies to his parents about playing poker and plays the game to try to get out of debt. His plan doesn’t work and eventually he sells his band equipment to help him pay off the money he owes. Finally, he comes clean with his parents, admits that he has a problem, and gets rid of his “lucky deck”.

The choice to make the gambling addict a teenager is a bold and commendable choice. Underage gambling is a growing problem and it’s important for the media to show that the problem effects more than just adults.