Why OJO loves the art behind ELK Studios slots


ELK Studios are a relatively new casino games supplier but they’re already punching well above their weight thanks to a premium catalogue of ELK Studios slots that have earned their place alongside the likes of Microgaming, NetEnt and Scientific Games.

ELK Studios are heavily influenced by the video game world, so it’s fair to say that ELK games are a spectacular collision of the latest slot mechanics and cutting-edge video game design.


Starting with a choice selection of their best work, let the ELK Studios slots review begin!

Who are ELK Studios?

Based in Stockholm, ELK Studios is a privately owned gaming software developer founded in 2013.

The workforce of around 40 is led by CEO Filip Safbeck, a former COO from NYX, whose games you can also play at OJO.


They know that smartphone gaming is the big trend in our industry, so they’re devotees of the Mobile First philosophy.

Though you can play ELK Studios games online on any device, they’re seen as specialists in mobile casino games, and we’ll see why shortly.

They’re also super strong in the two disciplines that almost guarantee a successful following – the tech and algorithms behind their game mechanics, and high quality game art. Get those two right and nuthin’ else matters! 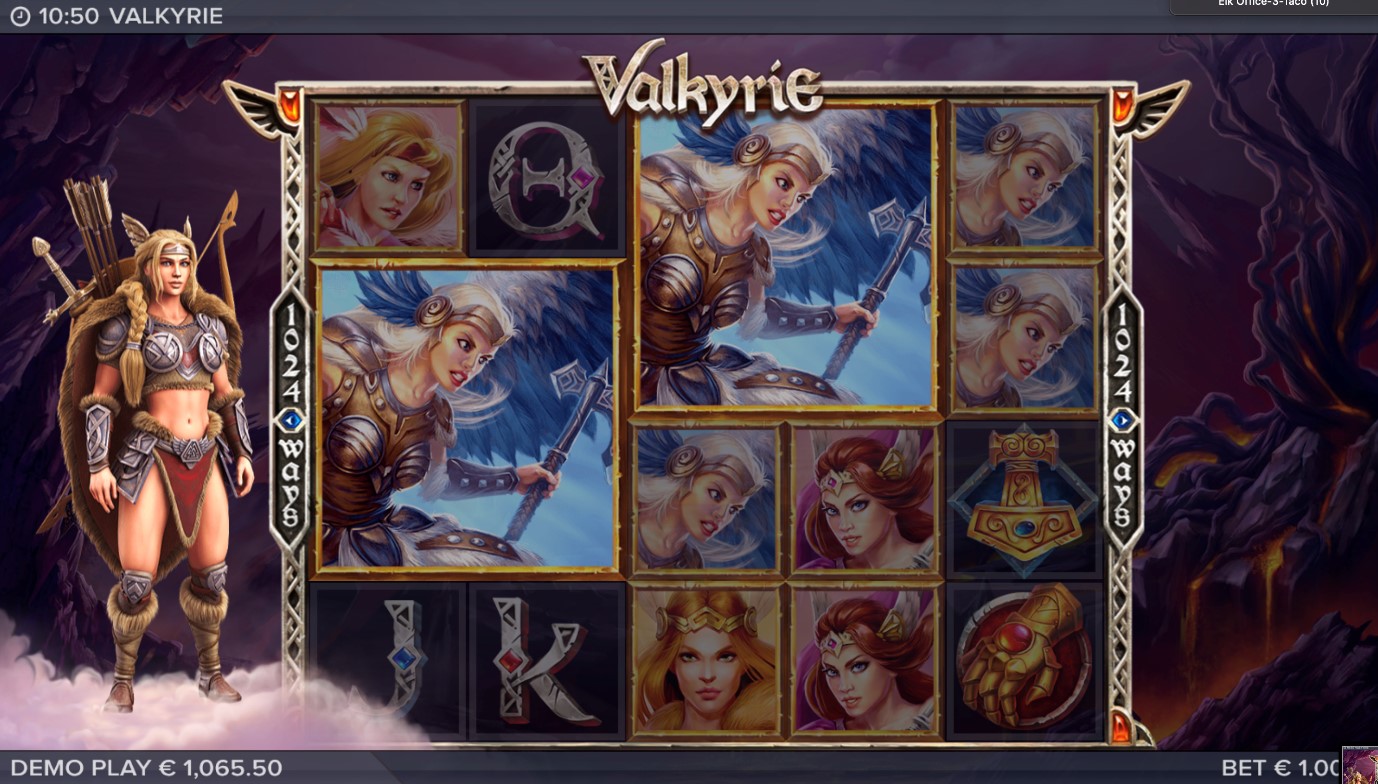 When you play ELK Studios slots at PlayOJO, you won’t realise that a lot of fancy tech goes into a single Elk Studios game, including statistics, maths engines and cloud computing.

What our players do tend to notice is the game art, and that last word is the important part – art!

ELK don’t care if they’re making the kind of 5-reel fantasy slot that’s a staple of every developer. Their artists won’t top until it looks perfect. ELK’s Valkyrie slot is a case in point!


As well as wowing slots fans the world over, ELK Studios have started making waves within the industry too, picking up the 2017 EGR Game of the Year for Wild Toro, which we’ll take a closer look at in a mo.

So we’re already satisfied that their games are well made and fun to play, but how do we know ELK Studio games are fair, safe and secure?

Well for one, they hold gaming licences with the UK Gambling Commission and the Malta Gaming Authority, and that means their games, system and people have been carefully vetted to meet the highest regulator standards.

And two, it’s PlayOJO! We can only run the fairest casino if we work with the most trusted names, and they have the same commitment to safe, secure and responsible gaming that we do.


That’s ELK then, but what about the stuff that matters – their games?

A year after their birth in 2013, they released their first ELK slot, The Lab. They’ve been releasing a new ELK Studios game every month or two ever since, including Class of 2019 members The Wiz and their latest smash hit, Tahiti Gold.

ELK Studios games are a must-have for any self-respecting real or play casino online with real money, and we've got over 30 of their best titles - all of them video slots.

The first thing you notice about is the quality of their graphic design.

Open any of their tiles and you’re welcome with immersive, console-style animated intros like the opening narrative to their Kaiju slot. 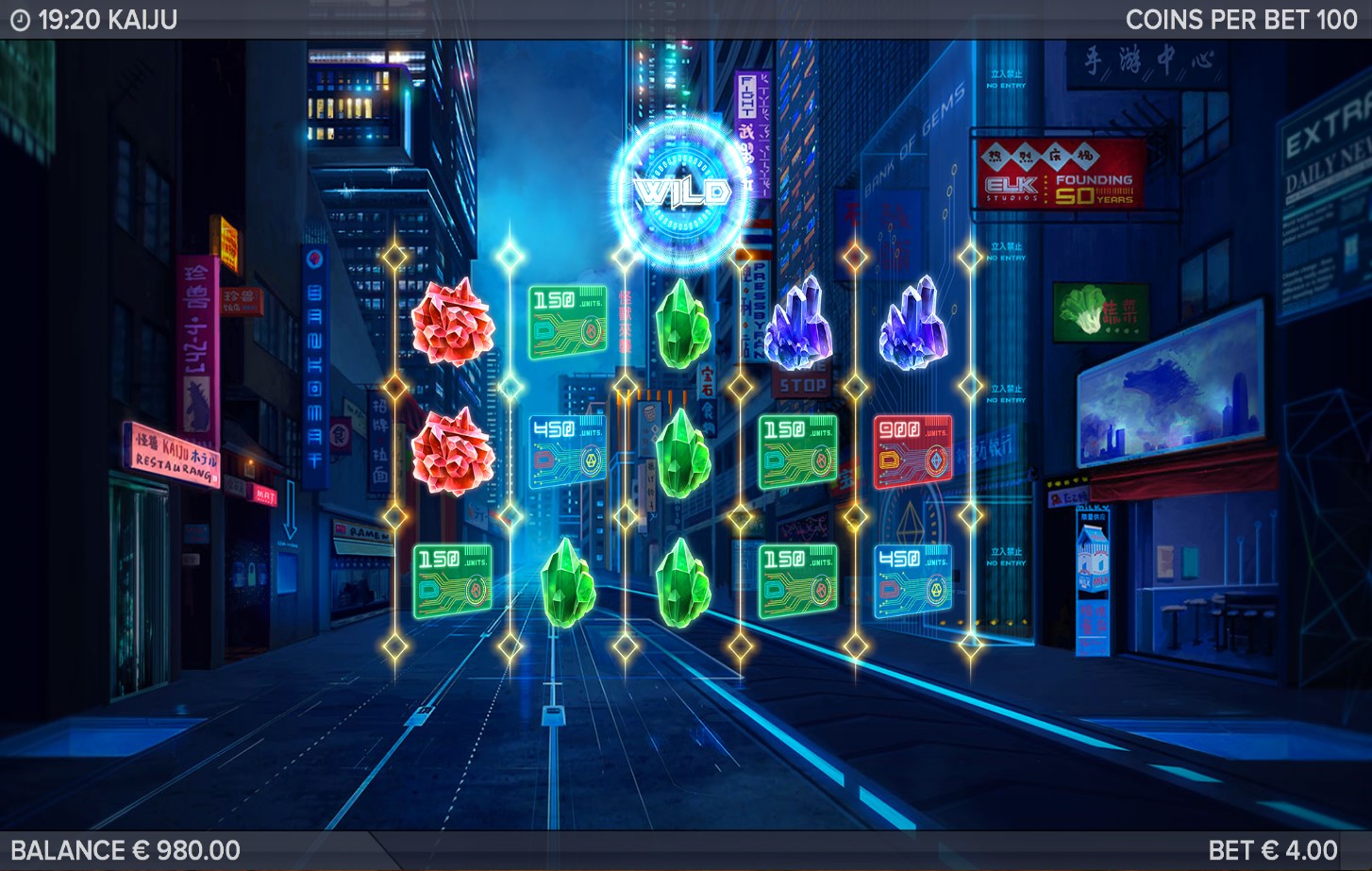 Their themes aren’t just skin deep either, with most of their games revolving around carefully developed worlds, characters with backstories and vibrant, layered slot backgrounds.

Check out slots like Route777 and Ivanhoe, whose reels themselves are as retro and basic as they come but the game is jazzed up with a modern big-screen display and a living background. 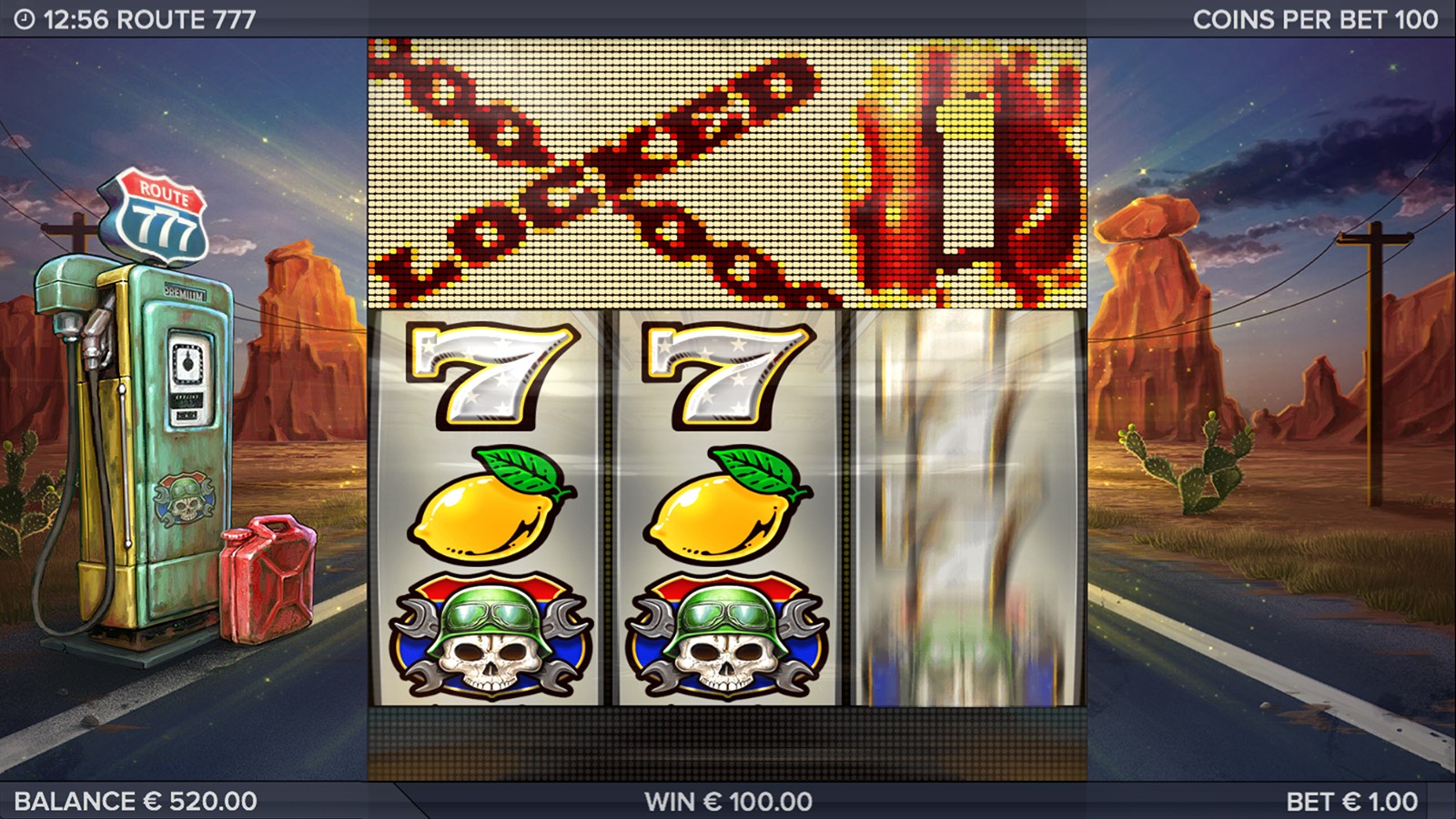 They pride themselves on their human touch when designing characters, some of whom are clearly close to their hearts as they appear in multiple slots.

The bull from Wild Toro also pops up in their Birthday slot, while Sam The Troll has cameos in a couple of titles.

But their best work is seen in games like Bloopers, Platooners and Taco Brothers, animated adventures which account for around half of their total output.


As Mobile Firsters, you can see their thinking in the clear, simple displays that make ELK Studios mobile games so easy to pick up and play.

Even in games like Lakes Five, where there’s a fair bit going on, you have only what you need. Spin button, stake button, off you go! Download the OJO casino app now and see for yourself.

Before we get to the more obvious features like free spins and multipliers, let’s take a look at two features you won’t find anywhere else, Betting Strategy and Game On.


It’s interesting to see a game developer innovating in the area of stake size. Until now, it’s down to you, the player, to choose how much you bet, and most players tend to keep that bet the same throughout their session.

Now, thanks to ELK Studios Betting Strategy tool, you can choose from 4 models which offer you dynamic staking related to your bankroll, or the outcomes of current games.

Obviously these all come with plenty of settings which give you total control over when the auto-strategies kick in or stop.

You can find the Betting Strategy settings in the Bet menu in any ELK game, just hit the chip stack icon in the bottom left. 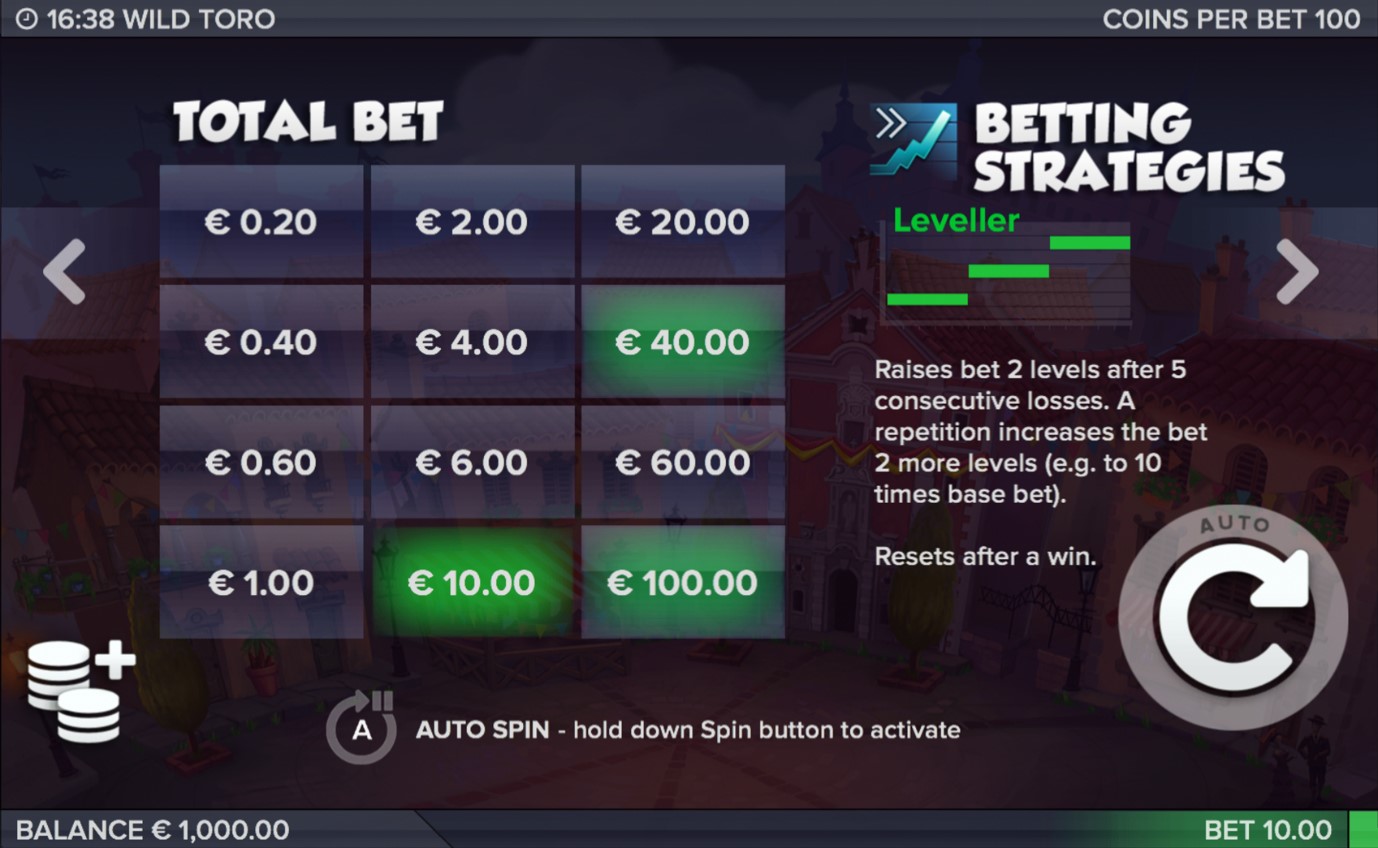 Game On is another unique feature from ELK Studios which gives players the chance to win free spins after every 25 games, a nice little reward tool which recognises your loyalty!

The next major feature of ELK Studios slots is the number of paylines. They offer a much greater variety than we’ve seen from other independent studios and even some of the bigger providers.

Oh yea, and how could we forget the 262,144 Ways in Ecuador Gold and Tahiti Gold? 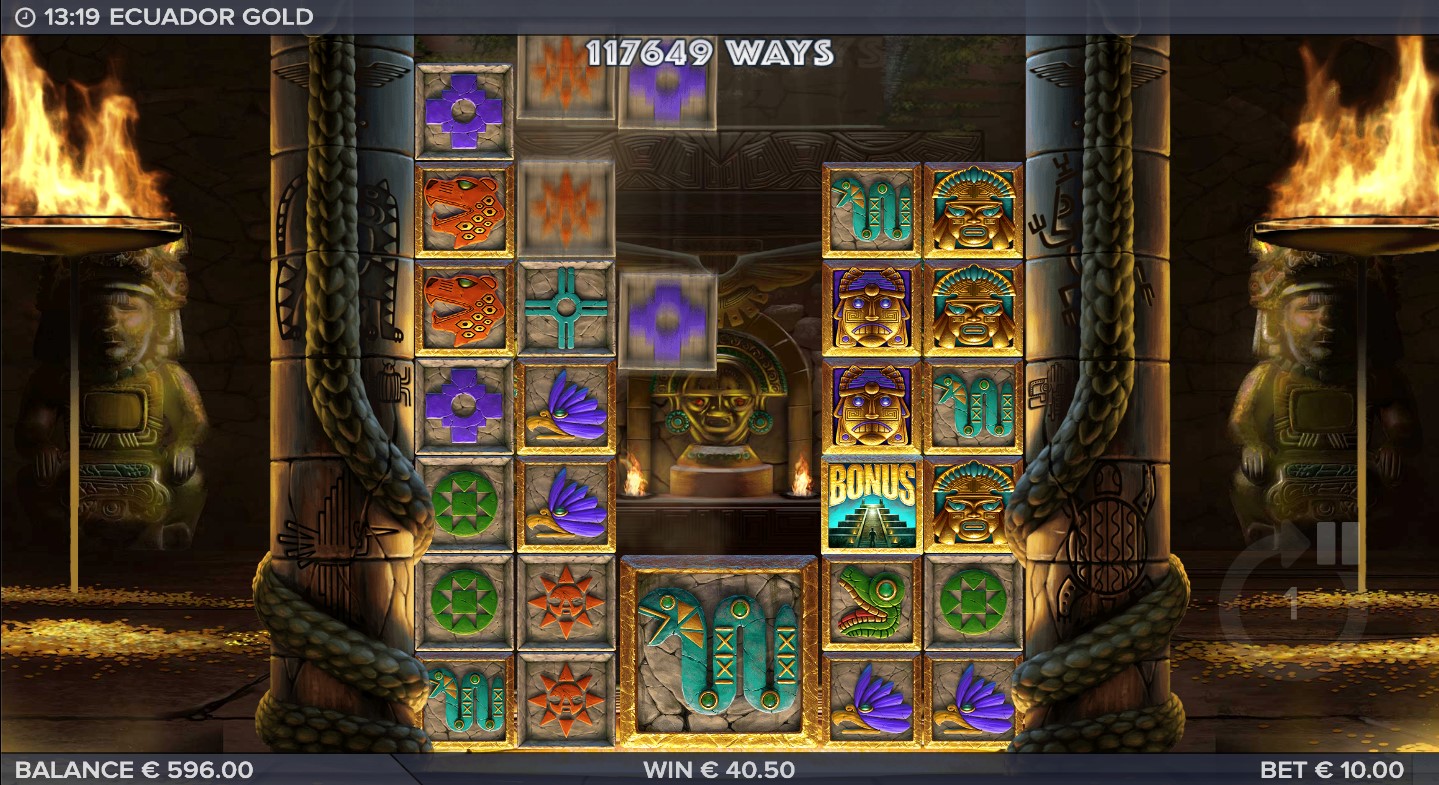 Signature in-game features that supercharge the fun and unpredictability including a bewildering array of Wilds.

OJO’s personal favourites including the Walking Wilds in Wild Toro that move right to left, and Ghosting Wilds in Ecuador Gold that move around the reels leaving a trail of Wilds.


Many of their games also use the Avalanche feature also used by Thunderkick, a kind of cascading reels mechanism which creates sequences of win combinations during the same spin.

. You’ll also encounter free spins and respins in virtually all of their slots, as well as a fab variety of ELK games bonus features and trigger methods like the Cascading TIFO of Champion’s Goal, where clusters of similar coloured symbols activate a feature. 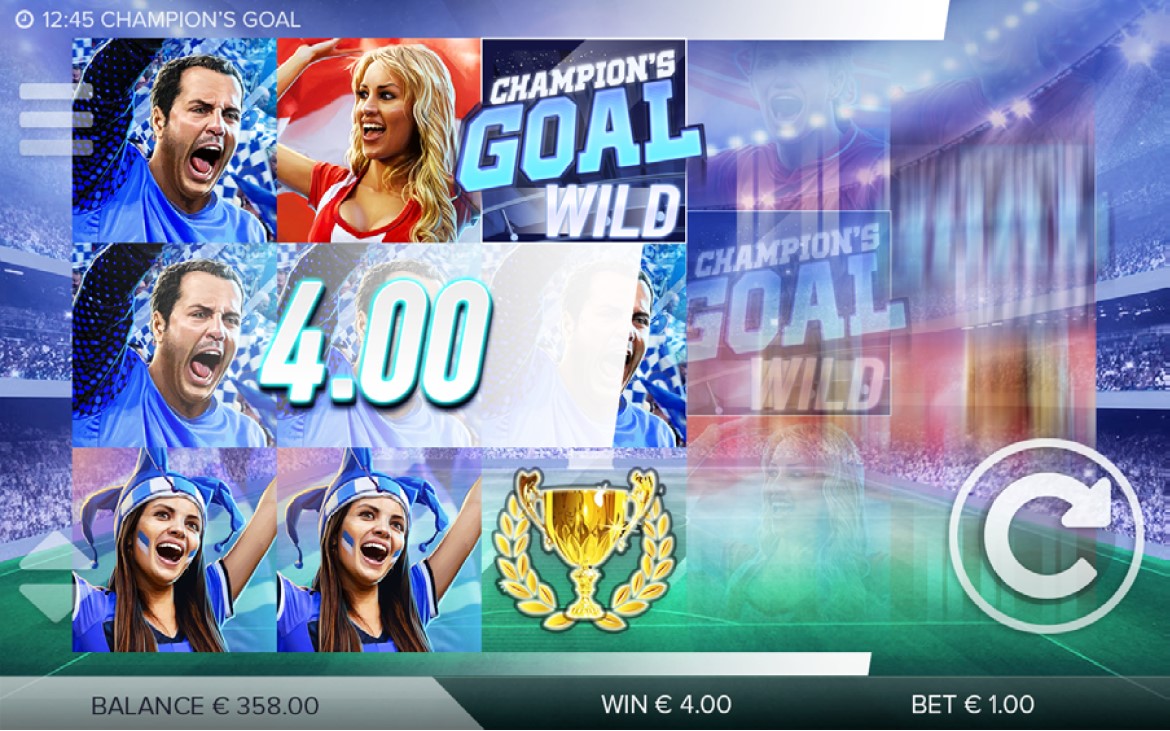 While there aren’t any ELK Studios progressive jackpot slots in the normal sense, their Joker Gems slot does have £10k, £20k and £50k fixed jackpot prizes which you can win even with a 20p wager, though your chances of winning one improve if you bet more per spin

One final feature we love is the use of extra reels, set apart from the main reels. Their ‘Hit It Big’ game uses 2 extra reels with a random selection of bonus features, where a feature is triggered if the reels match up. Another great game, Chi, uses a couple of additional reels to trigger more bonus games.

As you can see from the PlayOJO Games lobby, we’ve got around 27 games, 18 of which have ELK games demo versions.

Nothing like a bit of free play to quickly learn the features of that new ELK slot in 2019.

As betting limits go, ELK online slot games are both easy to understand and affordable. Betting limits start at 20p and go up to £100 per spin, and your bet is for the total spin, regardless of how many paylines you’re playing.

Given the dizzying number of paylines on offer, it’s no surprise that ELK games have pretty huge prizes, with maximum wins of between £200,000 and £250,000 very common. 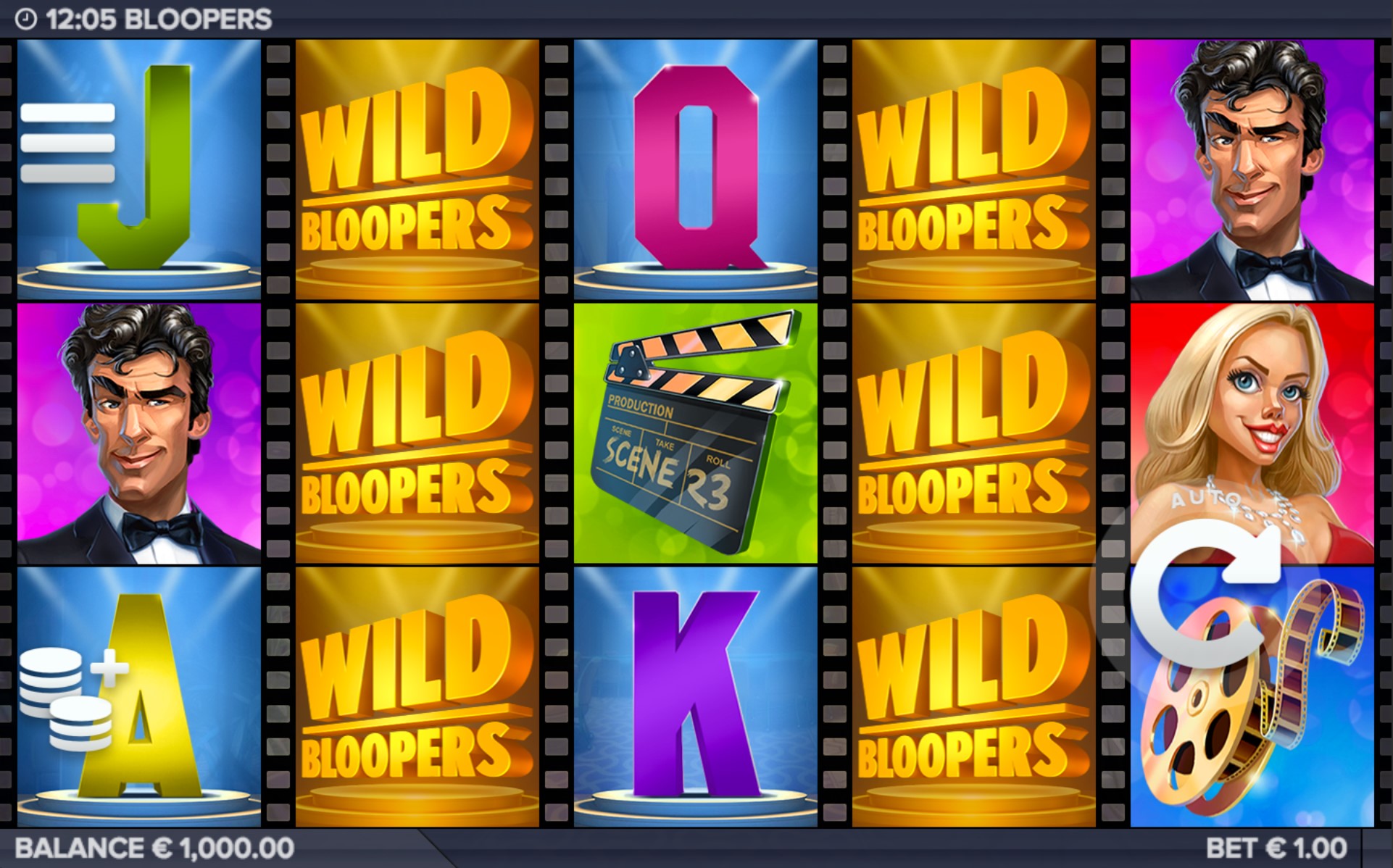 The typical ELK slots RTP is above average and generally consistent across all of their games. Theoretical payouts of 96.4%, 96% and 96.1% are typical of ELK Studios slot RTPs.

All games are eligible for OJOplus too. That means we’ll credit money back to your OJOplus balance in real time after every spin. At the time of writing, most ELK Studio slot games fall into the 2-plusses category, which means they’re good for 0.4% cashback. To borrow a (probably trademarked) supermarket tagline, every little helps!

This is OJO’s chance to highlight a few games he loves. First up, their award-winning Wild Toro slot.

One of their most popular games ever, Wild Toro slot is a fun 5-reel game with 178 paylines and some cracking bonus features. Trigger the Toro Goes Wild feature and the bull will charge across the reels at any matador symbols in view, leaving a trail of wilds in his wake. 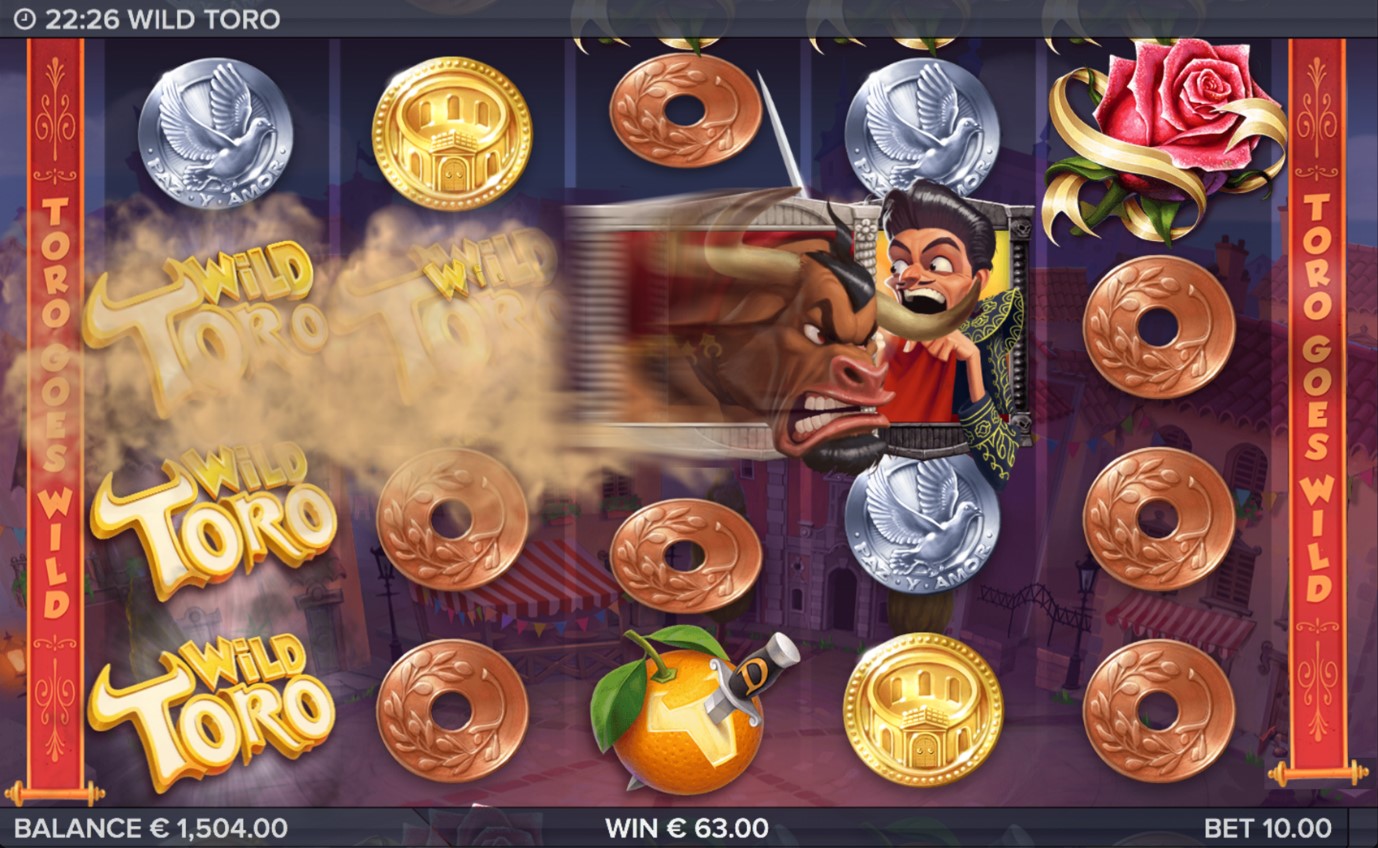 This game starts with 4,096 Ways To Win thanks to its 6x4 grid but quickly powers up the paylines thanks to the Avalanche feature.

Symbols in winning combos explode, enabling more symbols to drop down. Each symbol drop creates more ways to win, up to a maximum of 4 drops.

Chi is an Oriental cat themes 54-line slot which features horizontally-rotating reels with vertical winlines that pay both ways!

You also get 2 extra reels which summon lucky spirits Chi and Mow for even bigger prizes. See it to believe it! 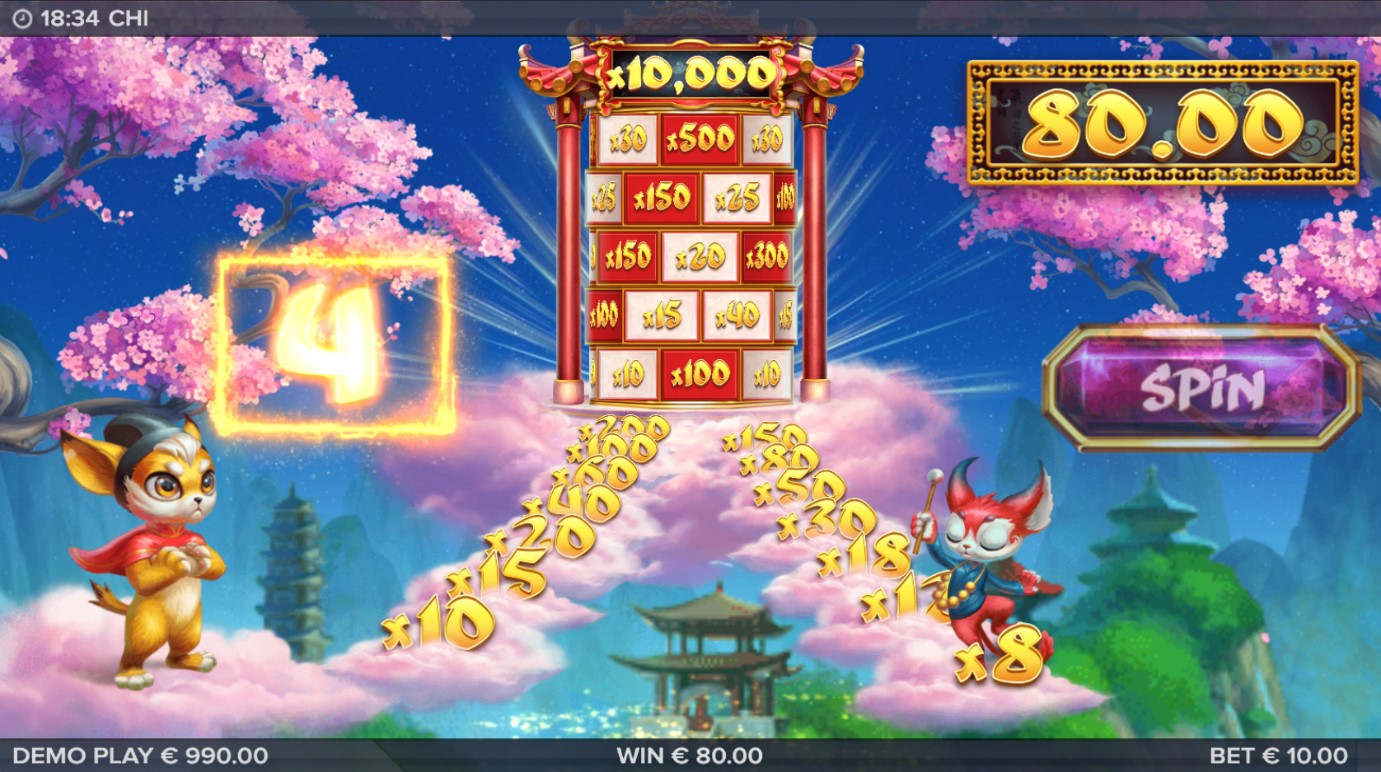 Another example of ELK ingenuity and innovation, Champions Goal features two ‘teams’ of symbols, each of which pay different ways – left or right – depending on their colour. That unusual mechanic also enables other features based on the colour of symbols in view. Back of the net!

What is it with Swedish slots suppliers? There must be something in the water! ELK Studios love their graphics and nerd out on the maths underneath, and that killer combo produces some very special games. See for yourself, chief!