WHICH GAMES HAVE BEEN PAYING OUT BIG? LET’S FIND OUT…

From an epic April Fool’s gag which left you all stumped, to the launch of our awesome new ‘OJO Show’ podcast – April at PlayOJO kept you on the edge of your seats, alright. After you’d fuelled up with more Easter eggs than your sugar levels would allow, it was full speed ahead to our ‘Catch of the Day’ Spinoff, where the race was on for prizes like an LG HD TV and a Samsung Galaxy S21! Lucky for you though, there’s more were that came from this May. For now though, let’s find out which games paid out the biggest bucks this April…

We started off April like anyone would – with an April Fool’s gag formulated to fool the masses, and by the sounds of it, looks like we fooled quite a lot of you! To update those who missed it, we had announced that we’d been working with leading technology suppliers to create a very own PlayOJO-branded thumbs up emoji, available to access on your device from 1st April. Following the news that the real thumbs-up emoji was hailed as one of the most passive aggressive emojis out there, it was the perfect lead-up to our thumbelievable gag. Well, did you fall for it with phone-in-hand? Did ya?

Then we announced the launch of the OJO Show: our brand-new podcast which provides all and sundry with no-nonsense tips and strategies for playing casino games.

As long as your smartphone, tablet or smart speaker can make the journey, you can learn to become a casino pro on the go, wherever you go! Find out how you can catch the latest podcast right here.

There was no shortage of tasty catches in OJO’s ‘Catch of the Day’ Spinoff. This April prize pool was brimming with top catch prizes, including an LG HD TV, a Samsung Galaxy S21, loads more great tech and over 17,000 Free Spins!  Keep your eyes peeled for May’s ‘Razor Shark Prizes’ Spinoff, where there’ll be plenty more great prizes where that came from.

From us to you, just because we want to. Have a look at the figures from our latest biggest winning games before you decide which way you’re next gonna play. We don’t know which games will make the list this month, but it doesn’t hurt to see where they’ve been. Taken a spin on any of these recently?

We want you to get the most out of your PlayOJO experience, to always have fun and to always play safe. That’s why we launched of our new Safer Gambling feature: Safe Mate. This nifty tool has everything you need to easily keep track of the time and money you spend at PlayOJO, as well as handy personalised tips and more.

To find out more about how Safe Mate works, click here. 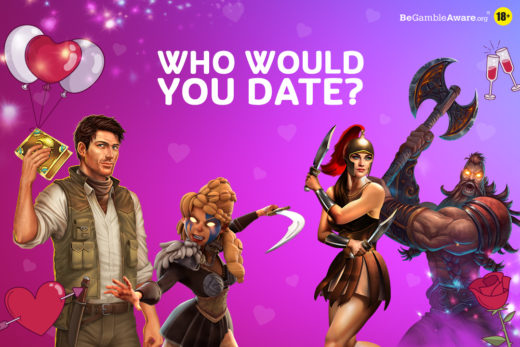 THE MOST DATABLE AND UNDATABLE CASINO GAME STARS 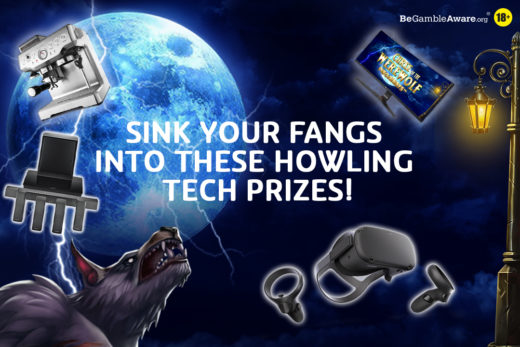 IT’S ALL GOING DOWN AT OUR ‘WOLFY TECH WINS’ SPINOFF!

THE CASINO GAMES THAT HAVE BEEN WINNING UP A STORM!