These are the biggest roulette wins in history, or those remarkable roulette stories we know about, at least.

In the list below, I’ve done a back-of-the-fag-packet calculation to convert the sometimes-ancient wins into modern day amounts. Don’t quote me though, I’m neither an economist nor a historian. But I can Google with the best of ‘em.

It’s important to say that I’m not glorifying the biggest roulette wins and I will always caution any player to bet only what they can afford to happily lose. For the sake of balance, I’ve listed some of the biggest losses too.

Each of the stories I’ve chosen is worth telling almost regardless of the sums involved however, and if you’re a gambler or a casino aficionado, you’ll love the colour and unlikely outrageous fortune that make up these glimpses of roulette’s past.

We start with one of the more modest wins but it’s one of the truly crazy casino stories. In 2004, UK gambler Revel sold up and headed for Vegas to lump his entire net worth (plus some extra stake money put up by a sponsor) on red.

Casinos prefer low risk and steady revenue rather than a thin edge on a huge bet, so he initially struggled to find a taker. But the Plaza Casino in downtown Vegas eventually took the bait and paid the price when the ball landed in Red 7. This story was filmed for Sky TV and quickly became the stuff of modern gambling folklore.

What is it with Brits in Vegas? They obviously don’t need a roulette guide. Boyd flew to Vegas in ’91 with his life savings and blagged a favourable deal at Binion’s Horseshoe Casino. The legendary home of the World Series of Poker could be relied on to take a big bet, and sportingly they acceded to Boyd’s request that they play European roulette with a single zero.

Boyd bet all $220,000 on one spin and once again, red was the colour of choice. Incredibly, Red 7 was the number that came up.

The man every football fan and employer’s rights advocate loves to hate, Mike Ashley is our second UK billionaire on the top 10 biggest roulette wins list. Unlike many of our other roulette legends who toil for hours or even days for their reward, Ashley isn’t afraid to hit ‘n run his favourite London casinos and walk away a roulette winner.

His biggest known roulette bet and most famous win came in 2017 when he punted £500,000 on a single spin. Spread across various inside and outside bets, Ashley’s bet netted him a total return of £1.3m. Not bad for 3 minutes’ work. He left the table with his winnings intact, just 15 minutes after entering the casino. He does love a zero-hour contract, mind you.

In today’s money: The same

Footwear magnate Bartelle could afford hefty $35,000 bets on Red 32, but even this billionaire must have tripped over his laces when his number came up. That result was just one of the numbers that helped the Brazilian crush the unfortunate Uruguayan casino for a cool $3.5 million winning session.

#7: Gonzalo Garcia-Pelayo gets a good tune out of the tables

An early advocate of wheel biases, music producer Garcia-Pelayo was the trailblazer who enlisted family members to gather data on wheels across the US, reportedly using computer algorithms to analyse every wheel and wrestle an edge of over 10% in their direction.

Make your own mind up on whether it’s cheating, bad roulette etiquette or fair game. But the result? An estimated $2 million fortune from Vegas casinos alone.

Fraudster Charlie Wells had a colourful journey to Monte Carlo in 1890s via a number of scams, but his exploits at the roulette table are undisputed. The Brit-born criminal is said to have parlayed 4,000 francs into 1 million francs, becoming the first player to ever break the bank multiple times in the same session.

No one knows if he cheated or was just lucky, but inevitably he lost it all back and was later sent to jail for a Ponzi scheme.

The billionaire has spent his career gambling with the jobs and pensions of his employees (allegedly), so it’s no surprise he likes a tickle at the wheel of steel too.

We only know some of his extraordinary successes at the table, including a £1 million haul in 2003 and a £2 million payday a year later, both reportedly in London. Roulette is a lucky casino game for Green, clearly. Let’s hope he spread the wealth around.

#4: Bookie to the stars Billy Walters banks on wheel biases

Businessman and pro sports bettor Bill Walters was feared through the US for his big stakes and shrewd gambling prowess.

Along with a friend, Walters turned $2 million into $5.8 million in 1986 by taking advantage of a wheel bias in a casino in Atlantic City. Walters’ gambling CV is littered with astonishing wins, but ultimately the American was jailed for insider trading (his sentence ends in 2022) in a case that also featured golfer Phil Mickleson.

#3: Joseph Jagger knew a wonky wheel when he saw one

The founding father of roulette wins, Jagger was another 19th century shrewdie who punished the casinos of Monte Carlo for their biased wheels. The Brit exploited patterns in the roulette numbers to the tune of 2 million francs or £80,000 in his native nation’s currency, although he had only £2,000 left when he departed to the great wheel in the sky, aged 61.

If you’re trying to hit a nicer win, it helps to know how to play roulette, but why rely on luck if you can figure out what numbers are likely to come up?

Possibly the most famous roulette winner of all time, the good doctor was a master at diagnosing wheel biases. Throughout the sixties and seventies, he and Mrs J cleaned up at casinos across Europe to the tune of $1 million. Unlike many of our other big winners, Jarecki died a happy man at the ripe old age of 86.

Another 19th century roulette whizz, Darnborough learned to clock wheel and ball speeds in illegal US casinos before taking his trade to the wealthier wheels of Monte Carlo. His roulette story tops the charts of biggest roulette wins as his $400,000 haul in 1904 is the equivalent of $12m today.

Legend has it the number 5 came up 5 spins in a row during one of his sessions, and he was on it every time.

Less is known about tales of punts gone wrong, but we do know that England football legend Wayne Rooney enjoyed a spin or two and reportedly lost £500,000 in a 2 hour session of roulette and blackjack.

Perhaps the most famous roulette loss came from Aussie billionaire Kerry Packer. The famed gambler had his share of roulette big wins, but on this occasion he was said to have lost over $15 million during a gaming session where he played 4 roulette tables simultaneously.

A staggering waste of money for sure, but he was also the man who offered to flip a Texan millionaire for his entire fortune, so you can imagine he didn’t lose much sleep over it.

So that’s my rundown of the biggest winners and losers in roulette history. Facts and figures courtesy of the internet, so treat them with a pinch of salt. It’s still hard not to get caught up in the glitz, glam and Monte Carlo madness, but if it makes you feel better, it’s unlikely any of these roulette winners kept their winnings for long. Frankly, a few quid on Red 14 will do me.

What happens if you win a million at roulette?
Only a few of our big winners will have been paid out in cash. In the modern era, cash is no longer king. Casinos aren’t keen on letting players buy in for huge sums, partly due to money laundering laws. And when it comes to paying out, they usually wire the money, write a cheque or hold it on account for their next visit!
What’s the most common method of winning big at roulette?
In the old days, spotting biases or outright cheating were among the popular ways to beat the wheel for massive sums. These days, you need to be wealthy already and even then, you’ll need to take big chances. Roulette isn’t the lotto, and with odds of 35 to 1, it takes a huge stack of chips AND a lot of luck to win big.
Are roulette winnings taxed?
If you’re lucky enough to win a large sum at roulette, you better hope you’re in the right country. In the UK, gambling winnings are tax-free, so you get to keep the lot. Just make sure you have evidence in case the tax man asks where it came from. In countries like the US, gambling profits are taxed, so you may have to pay 24% of any very big win. 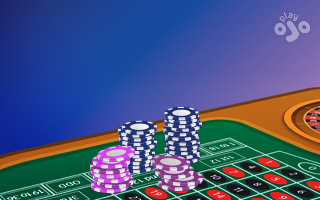 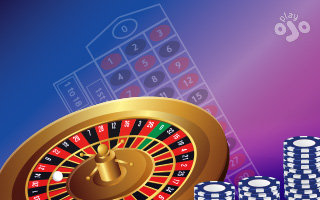 Is online roulette rigged? Here’s why it isn’t! 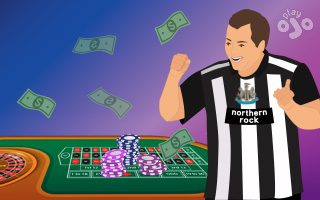 How to become a professional roulette player