When I’m asked what the most common numbers in roulette are, there’s a short answer – we don’t know until they’ve been picked! What number hits the most in roulette is the $64 million question and if we knew that, we’d be set for life.

I’m going to use a bit of maths, a bit of research and some good old-fashioned superstitions to answer all of these questions.

You’ll discover what causes some roulette numbers to be hot or cold. Whether being hot actually means anything. Why some numbers are more popular than others and why it makes no difference to your chances of winning!

Before we look at hot and cold numbers, it’s worth getting a basic understanding of how randomness affects the results in roulette. This is what mathematicians call standard deviation.

In a European roulette game, there are 37 numbers on the wheel, so we expect each number to come up its fair share of the time. But because of the luck involved, some numbers will be chosen more than others in the short term.

The smaller the sample of results you look at, the greater the variance. Toss a coin 5 times and you could easily get 4 heads and 1 tail. But toss the same coin 10 million times and you will get 5 million heads and 5 million tails, give or take.

This basic feature of chance is what creates the sense that some roulette numbers are ‘hot’ and some are ‘cold’.

Hot and cold roulette numbers: Do they mean anything?

Games providers chose the terms hot and cold as they resonate with gamblers’ superstitions about luck. To some players, a hot number might stay hot and be worth following. To others, a hot number has had its turn and is due a cold streak. This is the Gambler’s Fallacy in a nutshell.

It is true that some numbers come up more others in a 24-hour period. But there is no guarantee that they would be the hottest if we look at the previous 7 days too.

“All we are really saying about a hot roulette number is that it has appeared more than the others in the very short term.”

How hot is normal?

Take a sample of 300 spins. Each number should come up around 8 times, but simulations have shown that it is normal for the most common numbers in roulette to appear roughly 14 times, and numbers at the opposite end to have been picked just 3 times.

We know from our analysis that a hot number doesn’t have any special superpowers. It is just the happy recipient of some short-term luck. But how does that impact its chances for the next 300 spins?

Will the laws of mathematics and the theory of equilibrium demand that it goes cold, so that after 600 spins it has appeared the correct number of times (i.e. 12)? The simple answer is no.

It takes a massive sample size of roulette results to smooth out the natural fluctuations caused by randomness. Our hot number is just as likely to be hot, cold or lukewarm after the next 300 spins.

“Hot and cold roulette stats are not just a snapshot of recent results, but also a rolling record of results.”

Numbers are constantly becoming hotter or colder. You are seeing one frame of a dynamic, ever-changing picture. The only thing we know for sure is that at any moment, some numbers will have been the most common numbers in roulette, and some the least common.

We know how many more times over or below the average these numbers will appear. We just don’t know the most important piece of information – which numbers are about to get hot.

So now we know that random means random, patterns mean nothing, and past performance is no indicator of future results! But just because hot and cold numbers are nothing more than typical randomness, it doesn’t mean a roulette player can’t have superstitions and a preference for lucky numbers. And they sure do.

As any casino data analyst could tell you, the roulette wheel is random but it turns out that our choice of numbers is anything but.

Analyses of state and national lotteries have shown that although the draws are random, some numbers are more popular than others. Some numbers are popular all over the world, and it can often be down to:

This could help to explain why 1 is more popular than 35 in roulette. There aren’t many birthdays on the 35th of the month. There are also cultural reasons like the lucky numbers in Asian cultures, and practical reasons too.

In the lottery studies, they discovered that the layout of the lottery ticket affected the popularity of numbers. You can imagine how the layout of numbers on a roulette table, both online and live – has an impact on the most common roulette numbers we choose to bet on too.

In a land-based casino, for instance, the number 3 is harder to reach from most table positions than 17 or 36. Although good roulette etiquette means players should stand aside and let you reach any number, that’s not how it always goes.

Most and least popular numbers in roulette

Everyone has their favourite numbers and I’ve already shown how it makes no difference at all to your chances of winning. But purely for trivia reasons, here are the roulette numbers we bet on most and least often, and some total speculation as to why. Bet or avoid them at your own risk!

17 Black: Its central position on the table apparently draws the eye and makes it easy to reach. I suspect the success stories of high-profile supporters such as Mike Ashley and Sean Connery help too.

7 Red: Seven is by far the most popular number in lottos around the world, and it’s retains its status in roulette too. It’s seen as lucky in certain cultures, but that doesn’t fully explain its global appeal.

8 Black: The luckiest number in Asian cultures, so no surprise it gets plenty of play in roulette as well.

11 Black: The second most popular choice in lotteries and a regular pick in roulette too, 11 is a central number on the betting grid and the ability to be both a day of the month and the 11th month of the year. I’m grasping at straws here.

13 Black: ‘Unlucky for some’, number 13 has carried the stigma of unluckiest number for as long as anyone can remember, but it’s also a popular lotto pick, so you decide.

0 Green: An unpopular roulette number except for those looking for a hedge against their even money bets.

00 Green: The bad boy of American roulette, double zero is not on many players’ Christmas lists.

What are the best roulette numbers to play?

Who is asking this question?! All numbers on a roulette wheel have the same chance of winning, and are subject to the same house edge. There is literally no difference between 0, 36 and every number in between.

Some roulette players feel they have to play their lucky number as they would feel sick if they saw it come up and hadn’t bet their casino chips on it. Others prefer to back hot or cold numbers as they believe the patterns they see in a roulette game mean something.

Some roulette strategies even take this fallacy and run with it. I myself have tested a roulette strategy which involved waiting until red came up 3 times in a row, and then betting on black using the Martingale or Paroli system.

The assumption was that red was unlikely to come up 4 or 5 times in a row, and that black was due. A similar strategy is used by roulette players for the current coldest number which they believe is now overdue, and I can tell you that neither of us have any better chance of winning.

Instead of ‘what are the best roulette numbers?’, a better question would be ‘what is the best roulette bet?’. There are certainly better odds to be found on the roulette table depending on what type of roulette you play, and which bet types you choose. But as for specific numbers, your guess is as bad as mine.

What is the best bet in roulette?

Red 14. You heard it here first. But seriously, there isn’t really a ‘best bet’, although there is a worst bet. The basket bet in American roulette has a house edge of over 7%, far higher than placing single bets on each number that it covers.

Talk to 100 roulette players and you will hear many different opinions on the best bets. If you can find a French roulette game, all even money bets have a house edge of 1.35%, the lowest in roulette. So that’s my answer.

How many numbers should you play in roulette?

The more numbers you bet on the more you are spreading your risk around, but your upside is lower too. Whatever approac you take, you’re up against the same house edge. It is really a matter of playing style, risk & reward.

Summing up the most common numbers in roulette

We’ve done the maths. We’ve looked at comparable numbers games like lotteries. And we’ve understood the reasons why we bet on some roulette numbers more often than others.

But the fact remains that when you’re dealing with a game built around random numbers, you will never see an equal distribution of numbers. That’s just not how randomness works. You will always see more and less common numbers while you play roulette online, but they all have the same odds of winning.

When you’re learning how to play roulette, it’s critical to understand basic probabilities, the house edge and shake off any superstitions around the numbers.

Read my complete roulette guide and you’ll see this concept coming up again and again. My aim is to get you to the point where you’re betting your casino chips wisely, understanding the variance in games of chance, and never again wondering what numbers hit the most in roulette! 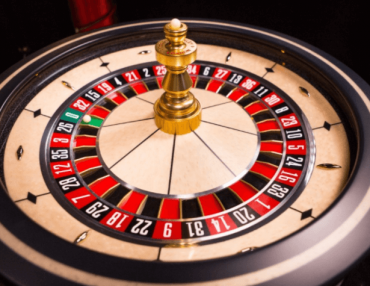 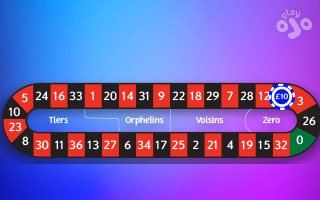 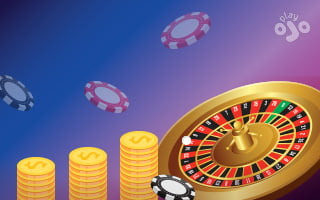