“Jackpot” has long been the golden word when it comes to slots, a clear sign that there’s a big amount up for grabs. But then came another promising title to the mix: MegaWays.

But what does Megaways mean? Are Megaways slots better? And when it comes to MegaWays vs Jackpots, which way do you go? Stay tuned and we’ll explain everything you need to know about both Megaways and Jackpots – rest assured, we will leave no stone left unturned.

MegaWays vs Jackpots: the big differences

The first thing to say on MegaWays vs Jackpots is that they are two very different concepts – they can even be combined together, but it doesn’t happen all too often as they’re usually the central feature of the game that’s hosting them.

MegaWays is a newer concept of slot reels that can offer up to hundreds of thousands of pay lines and therefore chances to win.

A Jackpot, on the other hand, is the humungous prize, fixed or cumulative, which drops on a lucky player totally at random.

So now that we’ve settled on what they each are, how do we decide which one benefits you the most, and what’s more, which actual slot to take for a cheeky spin?

OK, let’s break it down even further…

Still deciding between MegaWays vs Jackpots? Sit tight then, and get ready to take a deep-sea dive into the two types of slots…

What are MegaWays slots?

MegaWays is a slot system invented and patented by the Big Time Gaming company, and which is currently licensed to other developers, which is why you see it everywhere.

It all started with 6-reel slot grids without a fixed number of squares. For each spin on those 6 reels, anything between 2 and 7 squares can expand when spinning. On top of that, the four centre reels have an extra box at the top.

To win, you don’t need to line up the symbols in any specific way – they just appear on adjacent reels. That’s why you have between a few thousand pay lines on each spin, up to a maximum of 117,649 different ways to win. Hence the name MegaWays!

When it comes to jackpot slots, there are two levels of play:

Generally speaking, the jackpot amount on offer in the game already indicates how much it’s going to cost you to get it. And the jackpot amounts can vary a lot too, and that’s because there are different types of jackpots:

But as amazing as winning a jackpot sounds, they are never a sure thing… hence why it’s such a big deal if someone does win one.

Winning a jackpot may also come at a cost. It might be that the slot requires you to play with the maximum bet in order to be in with a chance of winning the jackpot, which could see your balance decreasing at a much faster rate. Let’s not forget the fact that it could take several runs to even get there, because we all know how hard it is to even win a jackpot. Almost impossible, you could say.

These jackpot-specific characteristics carry a risk: addiction to jackpots. A “subcategory” of gambling based on the emotions that almost winning a big prize arouses our brain, mostly at a fruitless cost. We talk about this in much more detail here in the Gambling Addiction Surrounding Jackpots post in our Responsible Gaming section.

Maybe this is the very answer to your Megaways vs Jackpots debate? Of course, there are other jackpot types that are less risky, albeit not be paying out the same kind of progressive jackpot money – slots like Tarzan and the Jewels of Opar, for example.

This slot has a scalable fixed jackpot system which is accessed with scatter symbols.

Undoubtedly, it’s not that easy to get the full 9 scatters, but as they also happen to be stacked in this particular game, it’s a bit easier to come by than in other jackpot games. There are good odds of very juicy middle-of-the-range jackpots with Tarzan and the Jewels of Opar slot.

So after we’ve laid everything bare on the table, the conclusion is that these are two different features, aimed at two different types of audience:

So now that you have all the info, will it be MegaWays or Jackpots? Either way, have fun, and always play safe 😊 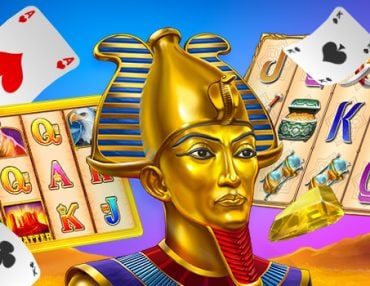