There are wins happening every single day in OJO town. Every. Single. day. Let’s just say that the big OJO smile doesn’t just stay on our screens. But we couldn’t expect anything less really, what with Must Drop Jackpots, Instant Win Scratch Cards, and Megaways slots offering countless ways to scoop up a lovely win at the fair casino. Then there are those reeaallly big wins, the kind of wins that could actually change your life. Meet OJO’s latest big winners…

This one certainly broke the records, as OJO celebrated our very first millionaire winner! The NHS worker in her mid-twenties, who preferred to stay anonymous, tried her luck on the brand-new Wolf Gold 1,000,000 scratch card. Just a few days after the new scratch card selection was launched, her beginners’ luck really paid off. After buying a total of 2 x 5 Scratch card packages for £4 each, she beat all the odds and won £1,000,000!  Unthinkable? Check out the least few moments before her life-changing win… 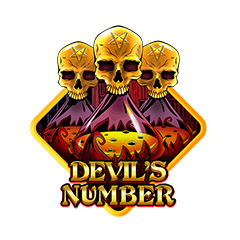 This OJOer was very lucky indeed! Unbguy25 only joined us in April and  he’s had already had 2 big wins to call his own! His first big win happened when he was playing his absolutely fave game, Golden Leprechaun Megaways – the Must Drop Jackpot slot by Red Tiger. It only took 36 spins for Unbguy25 to hit the jackpot on this 117,649-ways-to-win slot game, landing him a huge £28,466.83!

His second big win came just a few weeks later when he was playing another Must Drop Jackpot classic – Devils Number. Well low and behold, the jackpot dropped on him again and this time he walked away with a very tidy £51,194.94! 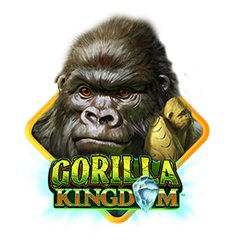 52-year-old Pammi222 had only joined OJO on the 18th July and less than a week later on the 24th, she landed a £60,244.97 win on her fave slot game – Netent’s Gorilla Kingdom. She had played 29 games with a few small wins and after collecting 24 masks, she finally scooped up this hefty sum. Neighbours reported strange monkey-like and chest beating sounds which appeared to be coming from her living room. You swing from those trees, Pammi222! 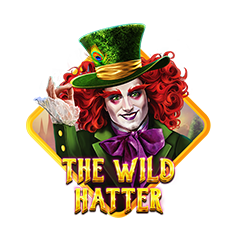 27-year-old OJOer, Chrisdavis1 from Glasgow decided to take a chance on The Wild Hatter – another awesome Must Drop Jackpot game from Red Tiger, based on the famous tales of Lewis Carroll. Chrisdavis1 was just having a chilled out play on his Smartphone when the big win happened. A wee £60 bet  ended up winning him a much beefier £31,500! It’s fair to say this game remains a firm fave for him. Red Tiger does it again!

Jsmustang76 was having a play on his tablet late one night, just shooting the breeze with the Red Tiger classic – Dragons Luck Power Reels, a very cool Chinese-themed slot. He enjoyed a few small payouts and then it happened on his 33rd spin… he managed to hit multiple paylines with the good old K symbol, landing him a very nice £22,745.73! All in a night’s work my friend.

24-year-old OJOer, Manwiththe is now the man with the extra spending money! This young man placed a £17 bet on the glitzy Vegas number, Big Win 777 by Play N Go. A few minutes later he was £14,528.14 richer. Just like the name of the game. Oh we do love a happily OJOer after.

You never know where the next big win is coming come, neither do we. But it’s fair to say that there’s no better place to be a contender!

UNMASK UP TO £1,000 IN OUR EXCLUSIVE MASKED SINGER UK GAME