Even the most dedicated slots fans may not have heard of GVG games, but they’re the best kept secret in OJO’s World of Play! GVG are part of the SkillOnNet family so OJO knows them well. In this GVG games review, we’ll check out their small but perfectly formed selection of GVG slots, table games and video poker and learn a little more about the people that gave birth to OJO himself!

Green Valley Games is the software development arm of SkillOnNet, our parent company. SkillOnNet’s been in the game since 2005 and has won awards for its technology solutions, so they know what they’re doin!

GVG and SkillOnNet are licenced in a number of jurisdictions including big boys like the UK Gambling Commission and the Malta Gaming Authority. SkillOnNet operate online casinos like PlayOJO, but they’re a technology provider as well. Their mission is to make the best games, the best casinos and have the happiest customers, and that means promoting responsible gaming too.

Although they have a large catalogue of games, OJO’s picked around 30 GVG games for his amigos to enjoy. We’ve got a few GVG slots, a couple of casino table games and a whole bagful of video poker games. If you’ve ever sat at the bar in a Vegas casino, you’ll have fond memories of video poker, and now you get to relive them! 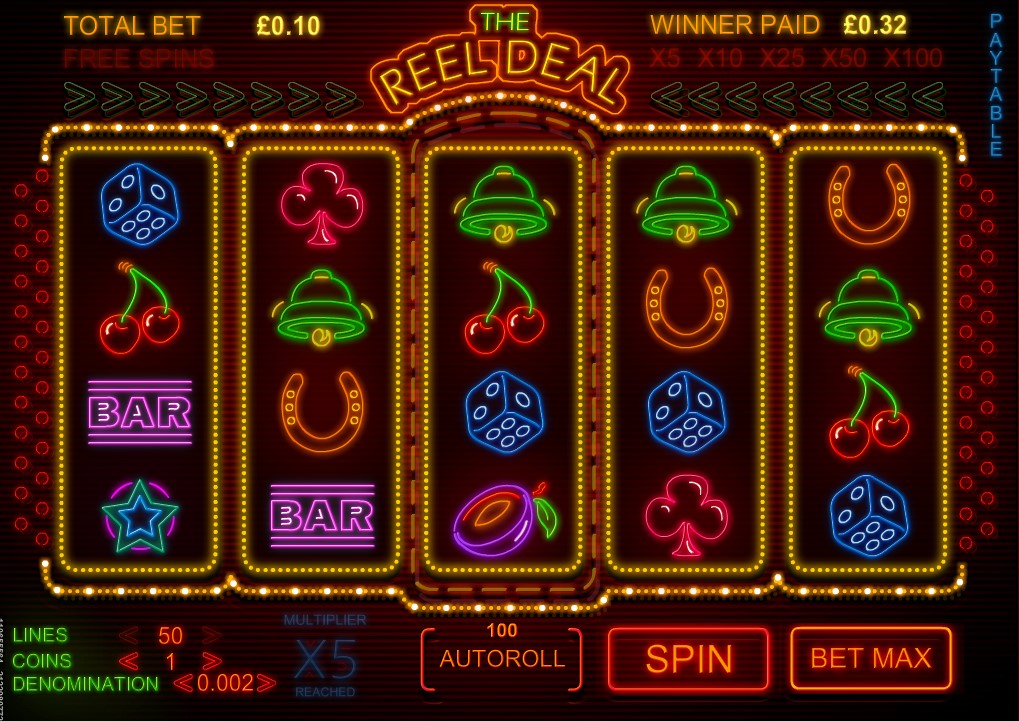 With so many slots from the likes of Play’n GO, Scientific Games and NetEnt, you might wonder if we’ve got room for a few more. With designs like these, of course we have!

You can play around 10 GVG slots games at OJO’s place and by coincidence they’re all 5-reelers. There’s plenty of variety when it comes to the number of paylines, themes and features though. 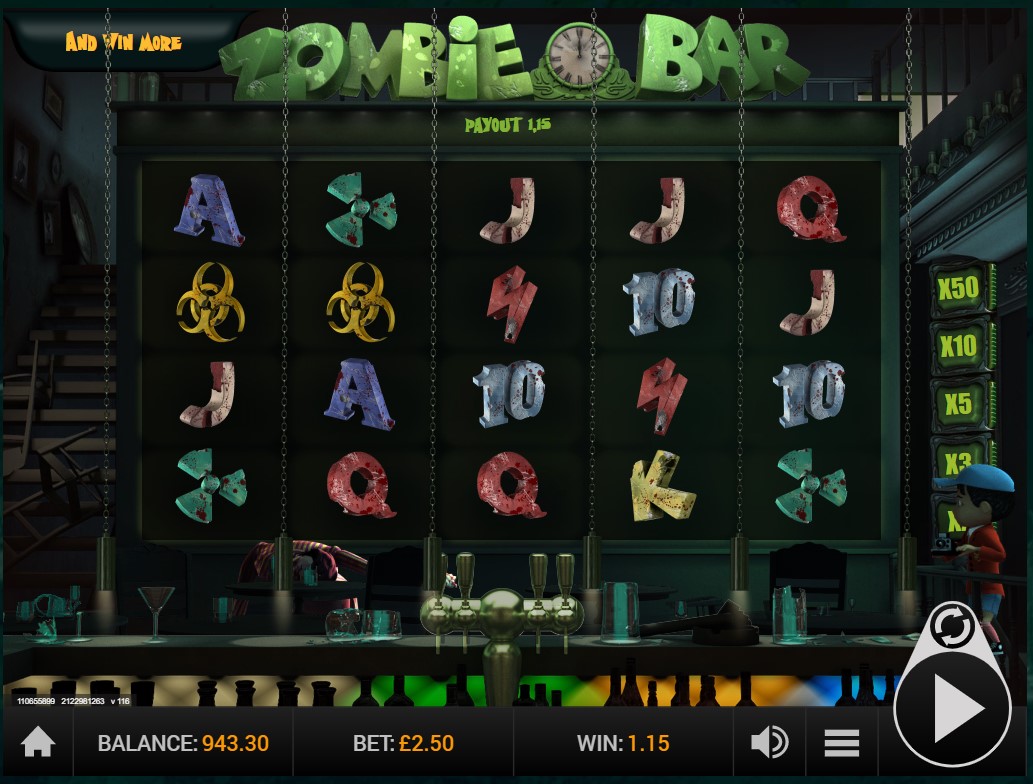 Zombie Bar is a 50-payline slot with 5 Free Spins and 10x Multipliers. Free Spins and especially Multipliers are signature features on all GVG slots, so you get used to it! Zombie Bar’s also got great graphics that remind us of similar games by Red Tiger and Thunderkick.

Steam Punk Luck is another GVG slot that caught OJO’s eye, with 20 paylines and a max win of £75,000 if you land your GVG Free Spins and Multipliers! The Reel Deal is a neon ode to fruit machines of yesteryear, a 5-reel slot with up to 50 paylines and a top prize of 10,000 coins. 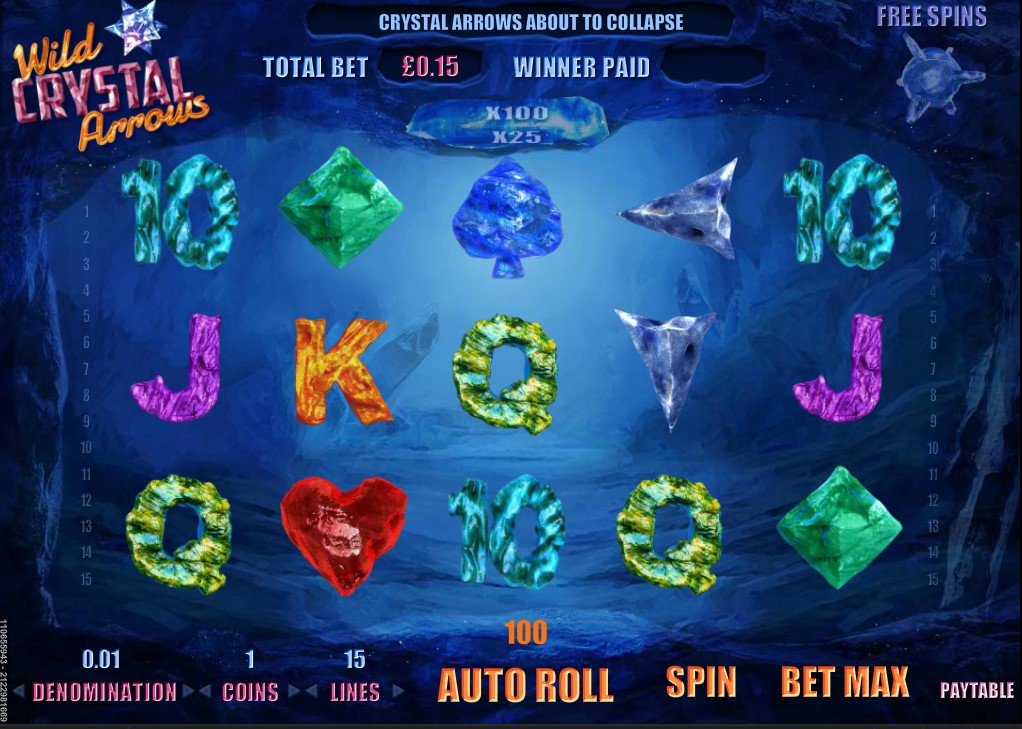 GVG’s Wild Crystal Arrows slot has just 15 paylines but it packs a massive punch with a 500x multiplier delivering a top prize of £150,000.

Spinning Wilds slot has 40 paylines plus Wilds, Free Spins and a Bonus game. Despite its simplicity and retro stylings, this is one of the most popular GVG slots. 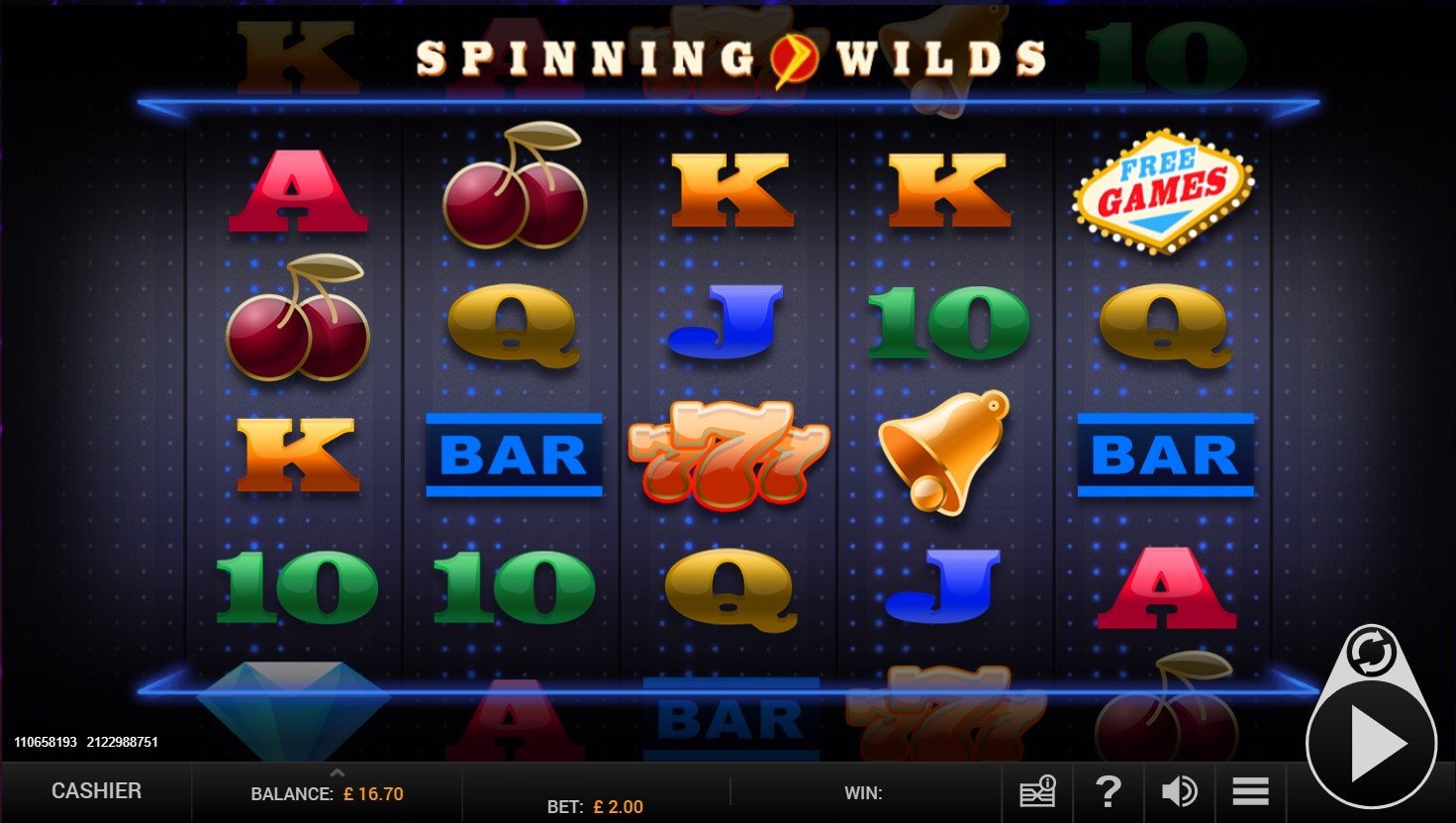 Ninja Master is one of our faves! A 20-payline slot that pays both ways, the Ninja Master slot game has floating symbols, Free Spins, a bonus game and a fun Gamble feature where you pick from sacks of gold or rice. 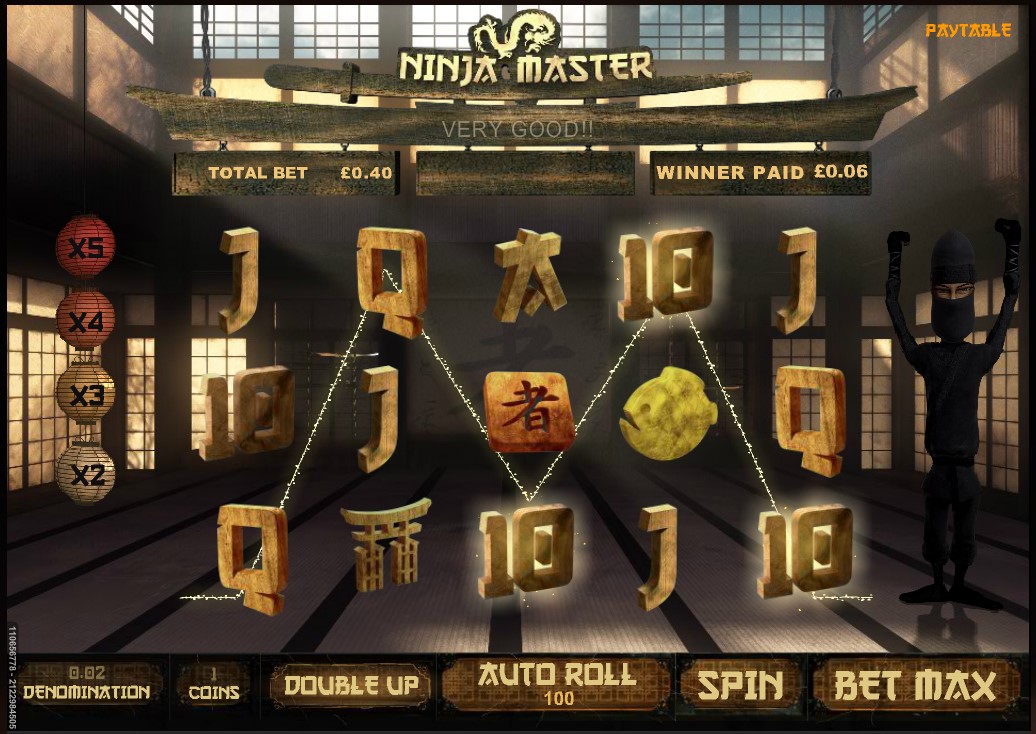 As you’ve probably guessed by now from our GVG slots selection, OJO’s focused on a small number of GVG’s best titles, and that’s evident in the GVG casino game section too. We’ve stuck with the 2 biggies that everyone loves, Roulette and Blackjack, but we’ve got a few variations as not all Blackjack players are alike!

All of our GVG Roulette and Blackjack games have the same betting limits from £1 to £1,500, and we’ve got free demo versions if you’re not ready to deposit and play for real just yet.

All of our GVG Roulette games have the features you’d expect from a modern online roulette game; a number history box, rebet, autoplay, hot/cold numbers and more. We’ve got 3 types of Roulette, European, French and American. 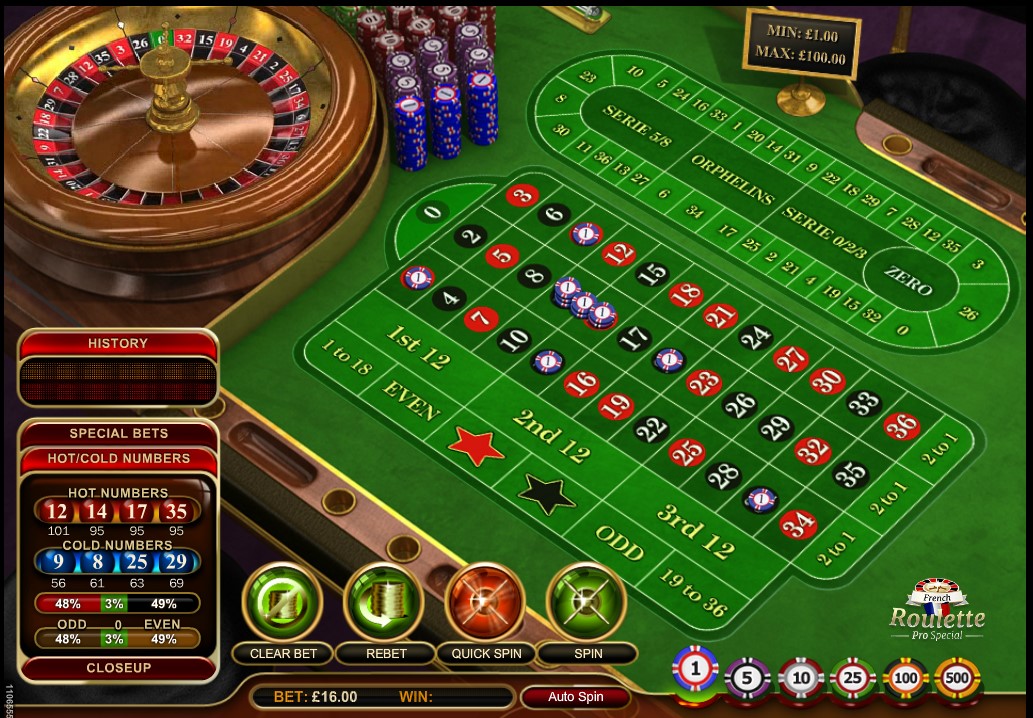 GVG RTPs vary a little from 97% for Euro and French versions to between 92.11%-94.74% for their American cousin. You get a little money back on every spin thanks to OJOplus too, though table games are generally in the 1-plus category because the house edge is pretty small.

As graphics and gameplay go, these GVG casino games aren’t competing with the likes of Evolution Gaming Live Casino games, but you get a nice animated 3D wheel and the table’s set at a jaunty angle!

Prefer a bit of live roulette instead? Worry not. We’ve got ya covered!

Just 2 types of GVG Blackjack game here, European Turbo and American Turbo, but they sit nicely next to our selection of live blackjack games, right? Key rules like payout rates for Blackjack and Insurance are the same, but there are a few small but important differences between European and American Blackjack.

In the GVG European Turbo Blackjack game version, you can only double down or split in certain situations, whereas in the American game it’s more of a free-for-all where you do whatever you want, when you want!

Euro dealers only deal themselves 1 card and wait to deal the rest when it’s their turn too. American dealers deal both and check the face-down hole card if the up card is an Ace. 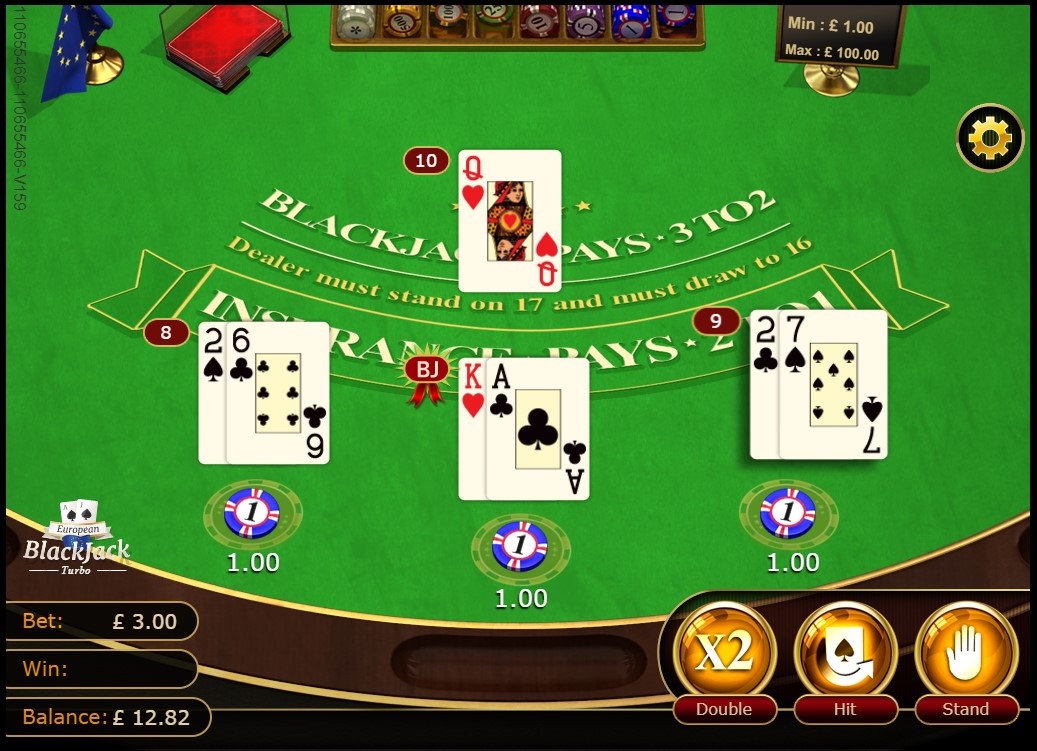 As with most Blackjack games, you don’t get or need fancy features. You can play 1, 2 or 3 boxes – or hands – at the same time though. The design isn’t the slickest but GVG make up for that with raw speed. As the name suggests, turbo is darn fast! They’ve cut out the little pauses and sped up the animations to make GVG Blackjack one of the fastest games in town.

The house edge of for GVG Blackjack can be as low as 1% if you play perfect Blackjack strategy. You get a teeny bit of OJOplus cash back on every hand too, which always helps!

With the best GVG Roulette and Blackjack, plus the cutting-edge live casino games, we’ve got the full spectrum of table games. The only problem is choosing what you’ll try today!

OJO loves his poker and he’s got a real soft spot for video poker, which is why he added 18 different GVG video poker for those who like big odds when they play casino online.

All of our GVG video poker games are 5-card draw. Unlike Blackjack where you’re trying to beat the dealer’s hand, in video poker you’re just trying to make one of the hands from the paytable.

You’re dealt a 5-card hand from a single deck and get 1 chance to draw fresh cards to make the best hand. Paytables vary from game to game but generally a high pair is enough to win some cash, though in games with Wilds, the minimum winning hand will be much higher up the card rankings.

You can play 1 hand, 3 hand, 10 hand or 25 hand versions. Playing 1 hand is easy. After the deal, you choose which cards to hold, hit Deal and see what you end up with. Playing 3 or more hands is fun, as you basically go through the same process, but the software then replicates your hand, plus the cards you’ve held, and runs the hand multiple times. 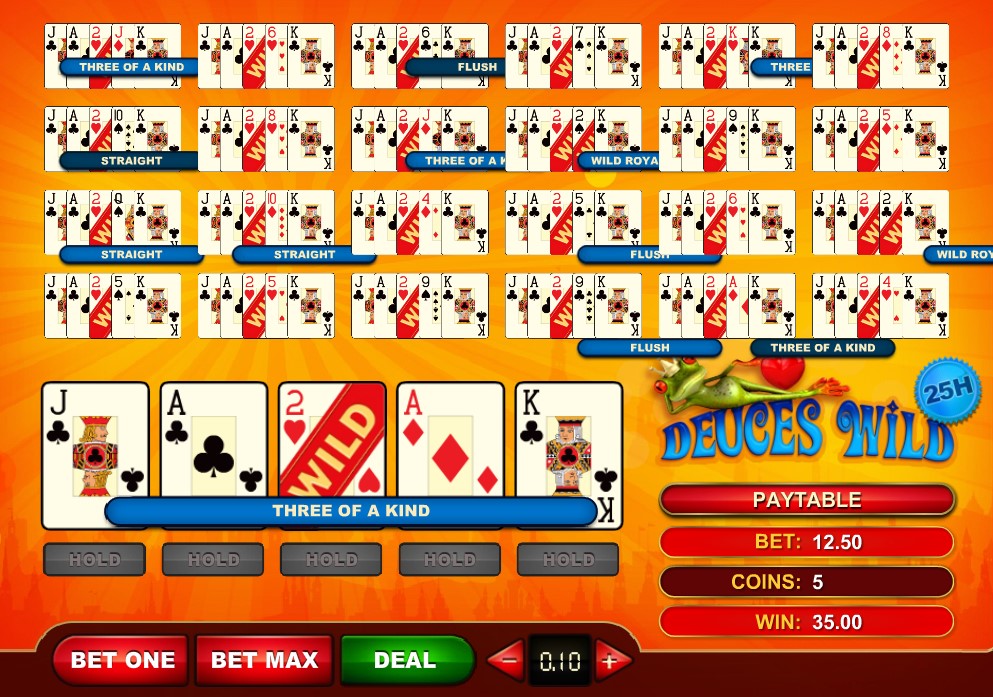 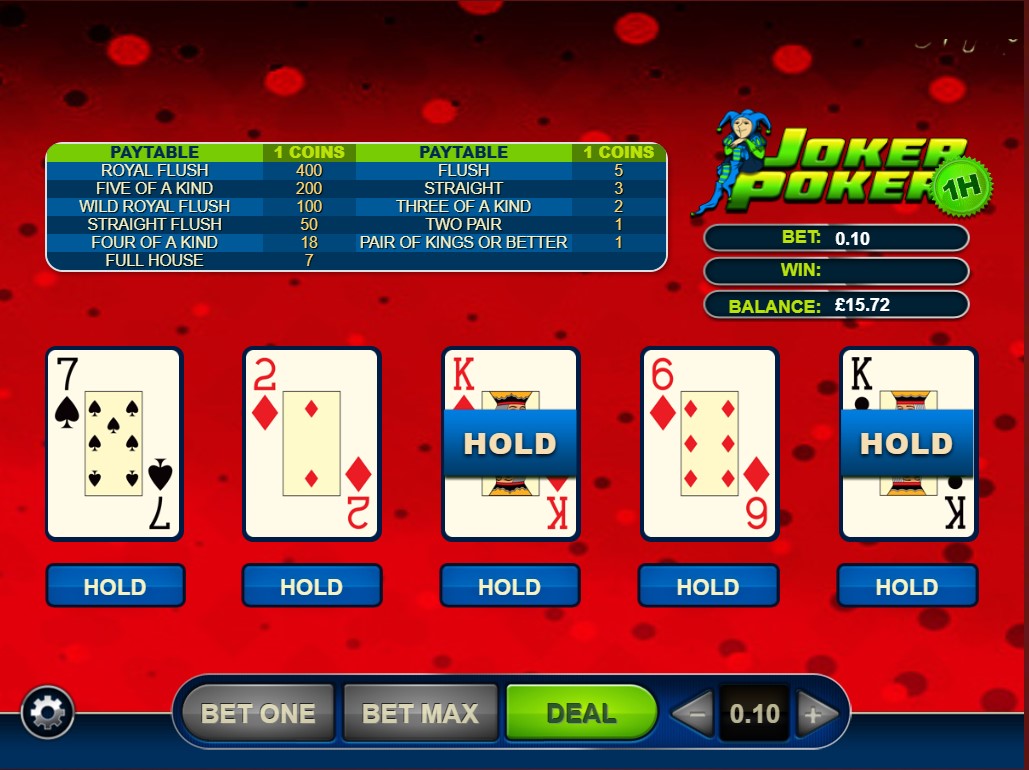 Video poker graphics are rarely anything fancier. We love the retro casino vibes and wouldn’t have it any other way! You can bet between 10p and £5 per coin (up to 5 coins) on single hand versions and between 10p and £1 per coin (and up to 5 coins) on 25-hand versions. Like GVG table games, you get a little money back on every hand courtesy of OJOplus.

Some great little slots in there and some solid Roulette and Blackjack, but the real reason we love GVG games is video poker! Go stick your poker visor on, play one of our 25-handers and tell us you don’t feel that 70s Vegas vibe!