Whether you’re a complete beginner to Bingo or you already know your way around a Bingo Hall, you might benefit from learning a few Bingo strategies to improve your game.

Because the numbers are called randomly, bingo is a game based on luck, but that doesn't mean you can't improve your chances!

All games of Bingo work more or less the same way, with players choosing their Bingo tickets and then crossing off numbers as they’re called out.

When playing online bingo, there are a few different strategies you can use to improve your chances of winning and ensure you have more fun. Below are some of our bingo tips and tricks, as well as details on how to win at bingo.

The most popular and well-known bingo strategies

Over the years, lots of bingo lovers have tried to come up with ways to beat the game. As with any form of gambling, people always want to find ways to win consistently to make a higher profit. While most of the strategies aren’t of much use, they still persist among a lot of players. 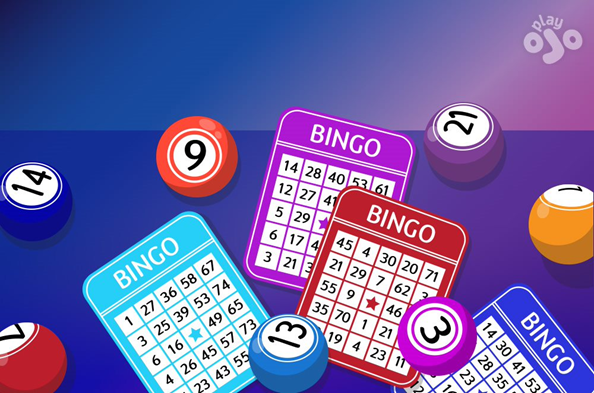 The two most popular strategies are Granville’s bingo strategy and the Tippet bingo strategy. Both are named after the person who created them and have stuck around for many years.

While bingo numbers are called out through random chance, some players swear that these strategies have helped them.

Joseph E. Granville was a highly successful investor and financial writer who used mathematical models to predict the success of companies and create strategies for buying and selling shares.

Granville was also a big fan of bingo and regularly enjoyed games of 75-ball bingo during his time off. He wanted to see if he could come up with a mathematical model for predicting bingo results and increase the probability of a win.

While playing bingo where each number has an equal chance of being drawn, Granville theorised that it was possible to identify patterns in the numbers drawn. Granville found that the numbers called had an equal spread of even numbers, odd numbers, high numbers and low numbers.

According to his strategy, players should choose from a range of different numbers and also avoid repeating too many digits. For example, if the number 5 is chosen, 15, 25, 35 and so on should be avoided.

If you’re able to choose the numbers on your ticket, this could be a viable strategy. However, the problem is that the range of numbers that are included in Granville’s strategy are very broad.

There are lots of potential numbers that could be included in the pattern and choosing all of them would be difficult. This strategy could help, but it’s unlikely to make a real difference to a player’s success over time.

Leonard Tippet was an English statistician who was a pioneer of extreme value theory. Like Granville, he was also a big fan of bingo. Being from the UK, however, he mostly played 90-ball bingo which was the most common type there.

He wanted to see if statistical models could be applied to bingo in order to work out which numbers were more likely to be called.

Tippet worked out that in bingo, the probability that numbers will be closest to the median (middle number) increased as more numbers were called. In 90 ball bingo, the median in 45, but for 75 ball this is 38.

When fewer numbers have been called, it’s more likely for numbers at the extreme ranges to be called. This would be numbers close to 1 or close to the total number of balls, 75 or 90 depending on which game you’re playing.

Players can use this strategy to choose their numbers based on how long they think the game will last. Shorter games of bingo will mean that low and high numbers are more likely to be called while longer games mean more middle numbers.

Although this strategy does give an idea of which numbers are more likely to come up as the game goes on, it’s still not the perfect strategy for winning consistently.

How to Calculate Your Odds of Winning at Bingo

The main way to win when playing bingo is by covering a line, two lines or getting a full house.

However, there are lots of different types of Bingo out there which have different rules and ways to win. Always check the rules before you play and look up what kind of prize is available.

Some online bingo games may include a progressive jackpot which has a specific winning condition. Progressive jackpots aren’t won each round, so you won’t be able to calculate the odds of winning these and normally, you’ll have to land a win on multiple tickets or get a special pattern on your ticket.

Be sure to chat with other players in the bingo chat room as you can also pick up useful tips on how to play bingo and learn more about upcoming jackpot games. The great thing about online Bingo is that there’s so much variety to choose from and loads of new and exciting ways to enjoy this classic game.

OJO's top tips before you rush out to play bingo

Follow our top tips and Bingo guide to give yourself a better chance of winning and a more enjoyable online Bingo experience. Note that these tips won’t guarantee a win, but they will mean that you’re more likely to win.

If you still have questions about the best way to play online Bingo and how to win, OJO offers you answers to the questions that players frequently ask us.

Is there a strategy to Bingo?

Bingo might be based on random chance, with players having no say over which numbers are on their tickets. However, that doesn’t mean that there aren’t ways you can improve your chances of winning. Strategies include choosing the right number of tickets, choosing numbers based on different theories and playing at off-peak times for a better chance of a prize.

Is there any skill involved in Bingo?

Bingo isn’t considered a skill-based game because the outcome is determined by random chance. Although there are strategies you can use to improve your chances of winning, these aren’t really considered skills and they won’t guarantee you results.

Is it possible to cheat at bingo?

When playing bingo online, it’s impossible to cheat at bingo. Online bingo games are provided by software developers, and all games use random number generators (RNG) to determine which balls are called and the tickets that are produced. There’s no way to influence this, and if you were to attempt to cheat, your account would simply get banned.

Which bingo numbers win most often?

There aren’t any specific numbers which seem to win more often than others in bingo. However, Grenville’s Bingo theory explains that bingo tickets which feature as many different last digits as possible are more likely to win (but it’s just a theory, right?).

You could also choose your own personal lucky number or numbers that have worked for you in the past, although there’s no guarantee that they’ll continue to be luck of course!

What is the most common number called in bingo?

Some bingo players claim that specific numbers come up more regularly than others. However, if we’re being realistic, this is unlikely. Bingo numbers are chosen at random by a random number generator, keeping the game fair. Every number has an equal chance of being called in any game of bingo.

What are the lucky numbers in bingo?

There are no numbers which have a higher chance of being called out than others. However, most bingo players have their own personal lucky numbers which they swear by. Play a few games for yourself and see which ones are lucky for you.