Ahoy, me hearties! Today, OJO sets sail on a quest to the briny deep. The Release the Kraken online slot by Pragmatic Play is all about the legend of the giant squid and its fondness for terrorising seabound sailors. We’ll be exploring the vessel of the monster’s latest victim – a sunken ship loaded with treasures!

Thanks to the many exciting bonus features on Pragmatic Play’s Release the Kraken, you might just end up squids in – sorry, we couldn’t resist! 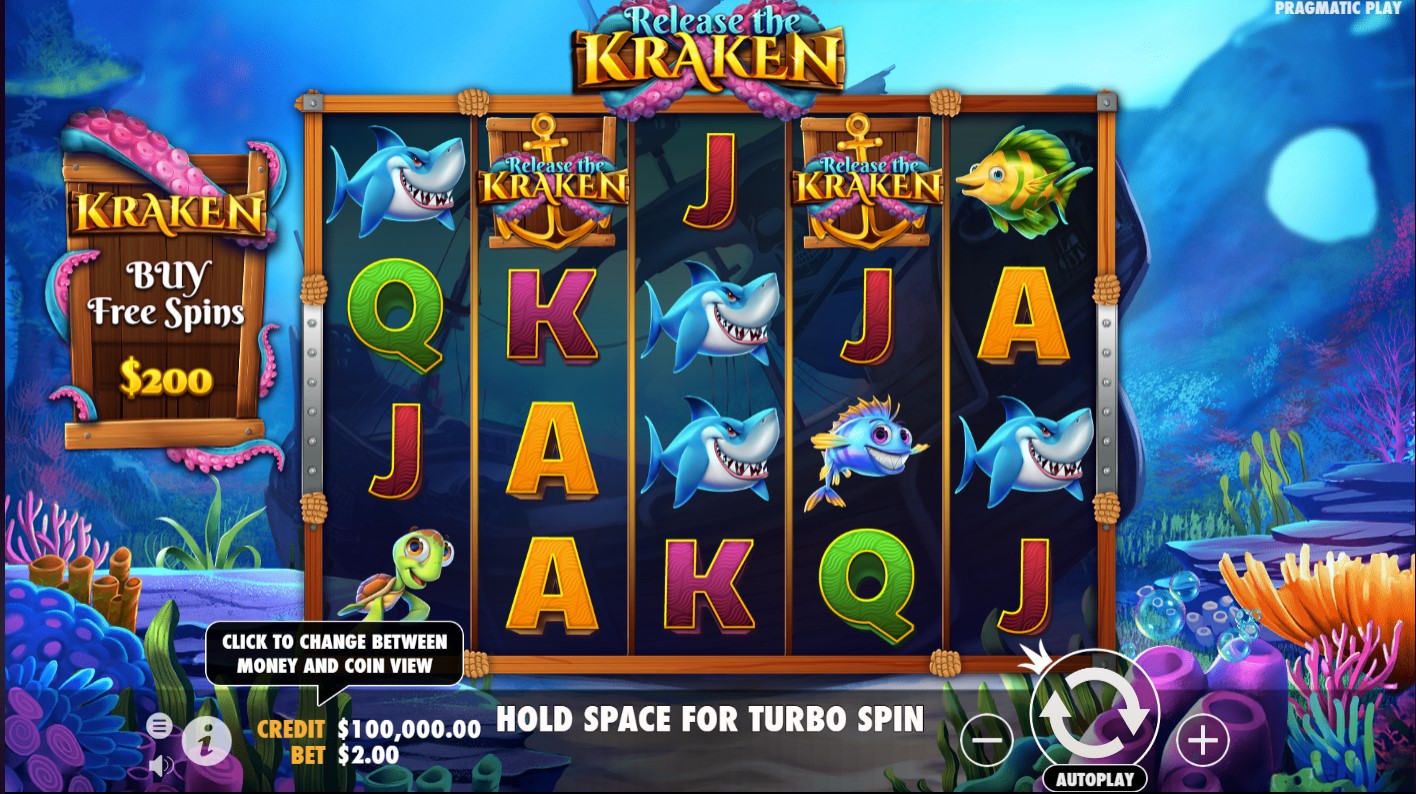 If you’re thinking of registering for a new account with PlayOJO to play Release the Kraken, you can also claim 50 Free Spins with no wagering. Nice!

Style and Imagery of Release the Kraken

Release the Kraken slot machine’s main game takes place on a colourful reef close to a wrecked sea vessel. Other than the game logos, there’s little sign of the beastly title character. In fact, the brightly coloured reef has more of a Finding Nemo vibe than you’d expect from an online slot based around the legend of the kraken.

That said, a tense soundtrack does manage to put us on edge – appropriate given that the vast creature of the deep could pay them a visit at any moment! 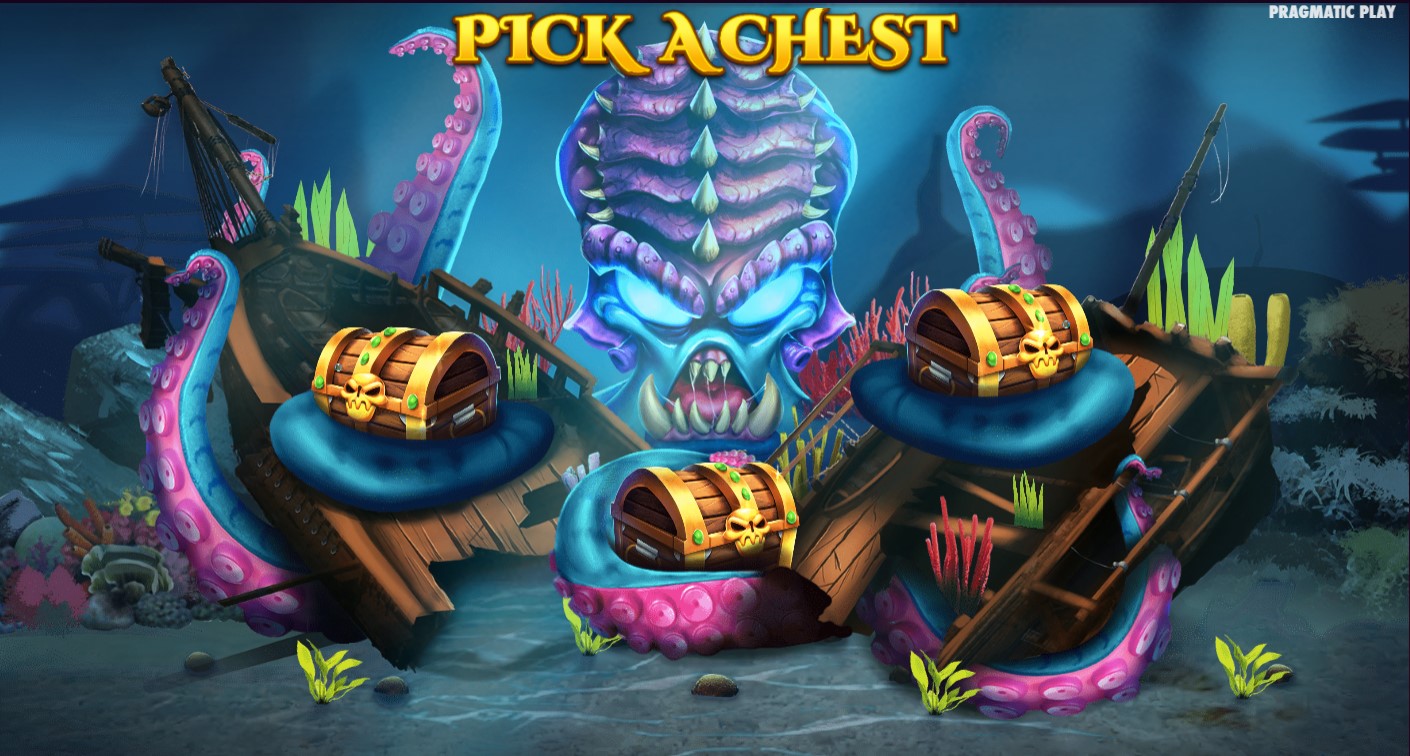 Thankfully, things do get a lot more sinister during the title’s bonus rounds. In the Release the Kraken Free Spin mode, for example, we get a glimpse of a battle between boat and beast. We see the kraken’s mighty tentacles enveloping the ship before presumably dragging it to the bottom of the ocean – treasure and all!

How the Game Works

Release the Kraken slot features four reels and three rows of symbols. During the main game, this makes for a total of 20 fixed win lines. However, if you either trigger or buy (yes, buy!) Free Spins, an extra 20-win lines activate.

Like many online slots these days, Release the Kraken slot in the UK offers an opportunity to speed the action up and to spin the reels a set number of times without interruption. This would be fantastic for those wagering through a bonus – if OJO made such demands on his free spins!

Whilst playing the game, you can hope for a maximum multiplier win of 10,000x the bet. Release the Kraken slot RTP rating is 96.5% and Pragmatic Play categorises it as high volatility.

On any spin during the main game, the fearsome kraken’s tentacles can suddenly appear. Each of them waves a “Pick Me” sign, which hides a different bonus that’s active for the next spin.

If you land the Ship Scatter symbol on reels one and three with the Chest Bonus symbol on the final reel, you’ll trigger the Sunken Treasure feature. You’ll be presented with three chests, each hiding treasure (cash prizes!). You can keep picking new sunken chests until you reveal Collect. 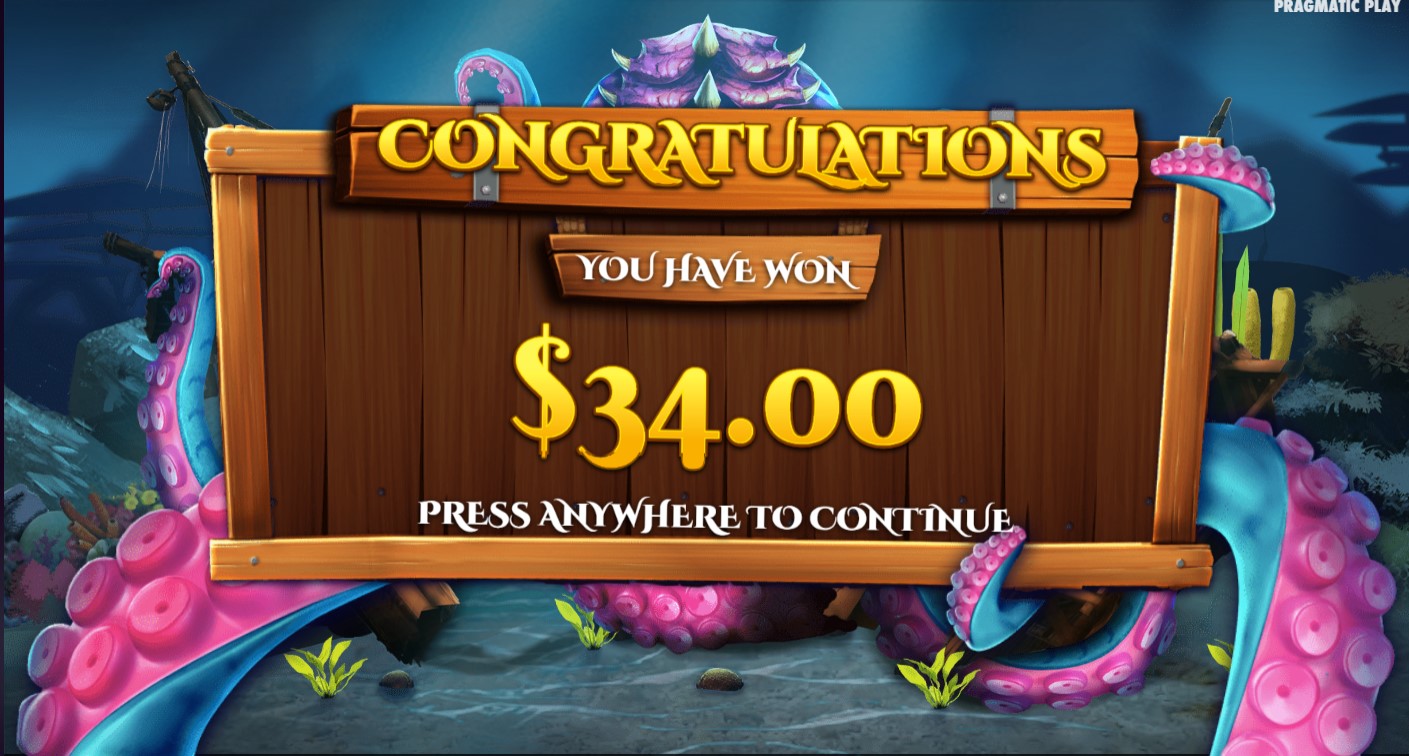 Landing the Ship Scatter symbol on reels one and three and the Free Spins symbol on five will trigger the Free Spins feature. However, these aren’t just any Free Spins. You must first select from treasure chests before they begin. These reveal the bonuses in play for the duration of the feature.

The treasures hidden by the chests are +1, +2, or +3 Free Spins (up to a maximum of 12). When you reveal the Collect symbol, the feature begins.

OJO’s favourite thing about the Release the Kraken Free Spins mode is the increasing multiplier. The Kraken Wild symbol awards 1x win multiplier each time it lands. These build throughout the bonus to a maximum of 10x. Each Wild landed also remains in view for the duration of the round and roams about the reels in search of new winning combinations.

Finally, you’ll be given even more chances to win during the Free Spins mode. The side game uses 40-win lines instead of the original 20 in the main game.

Interestingly and something we haven't seen much on PlayOJO slots, Pragmatic Play actually allows you to buy free spins at any point during the game. At 100x the total bet, it’s not cheap! That said, the increasing multiplier can mean monstrous prizes!

Release the Kraken online slot has a maximum bet of $100 and a minimum bet of just 20p. Although the number of win lines is fixed at 20 during the main game, you can adjust the number of coins bet on each one (between one and 10), as well as the value of each of them (between 1p and 50p). 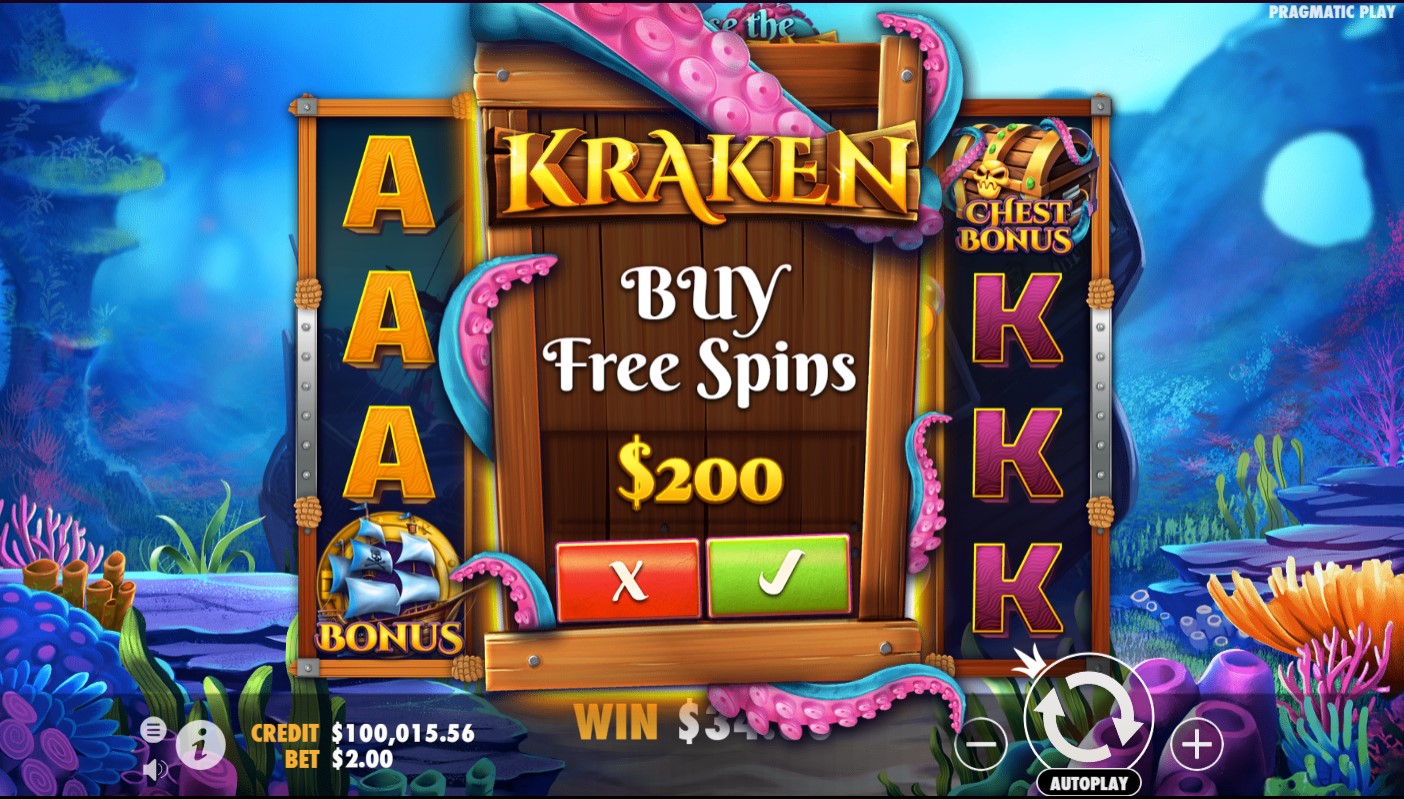 OJO loves slots loaded with special features and the Release the Kraken slot game delivers on that and then some. Each bonus requires at least some player interaction, making for a more engaging experience than you’ll find on many other online slots.

You can even play Release the Kraken slot in the UK for free thanks to the demo. OJO’s happy for you to try it out before taking a punt for real!

Microgaming’s Emperor of the Sea online slot. If you’re a fan of taking on fearsome sea monsters in search of sunken treasures, give this one a go. Rather than the Norse legend of the deep, a mighty East Chinese water dragon is the star of the show here.