Hey there, OJOers. All is not as it seems on IGT’s Hexbreak3r slot – we really must warn you, there’s seriously strange stuff going on with it! Expanding reels create extra ways to win and may just trigger the game’s jackpot. Depending on the part of the world you’re in, black cats represent either good or bad luck. However, on Hexbreak3r online slot, they’re definitely a positive omen! 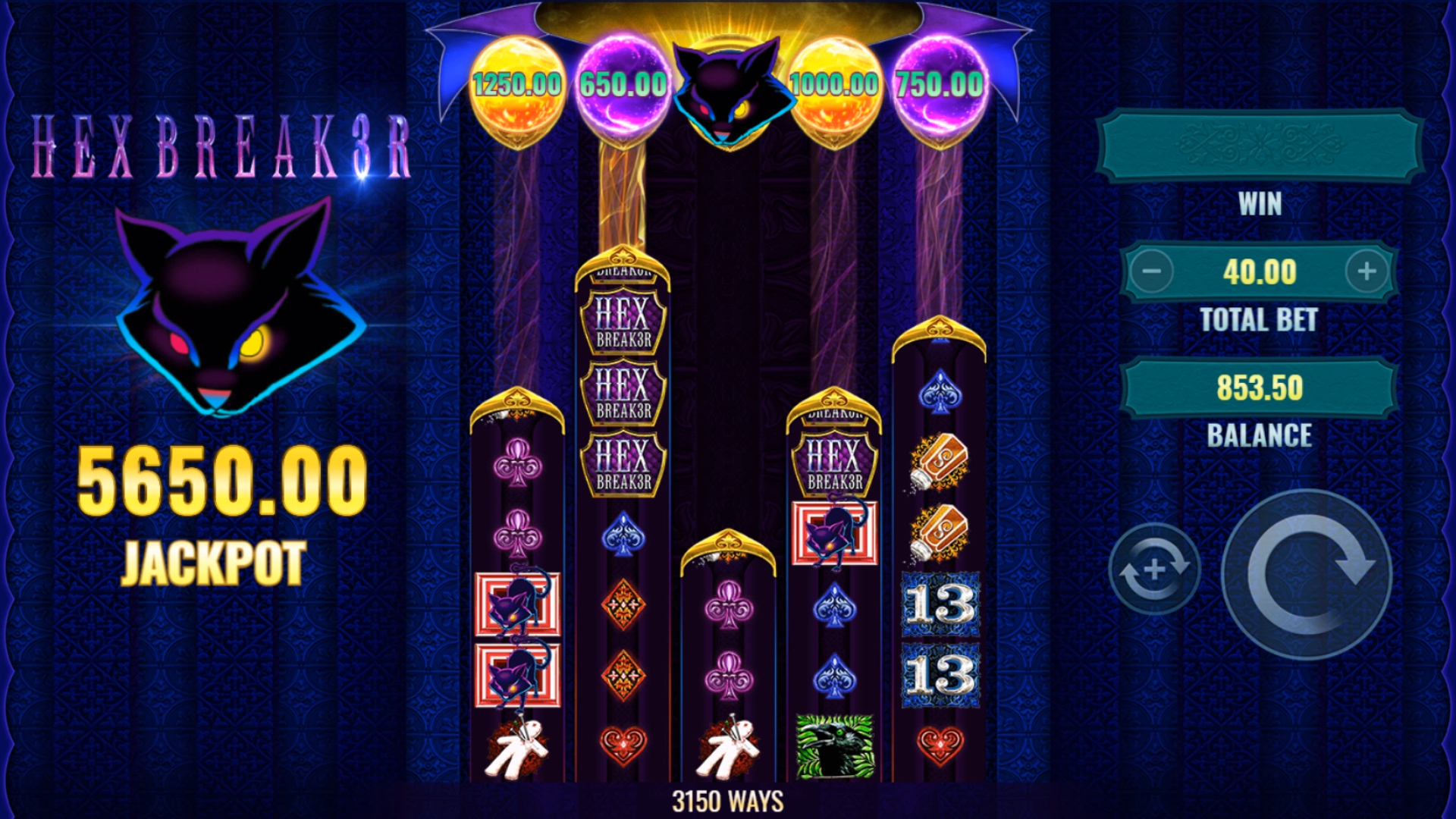 Black cats and voodoo dolls might do it for Ricky Martin but some folks might need a bit more encouragement to join us here at PlayOJO. That’s why we’re offering all new players that sign up and make a deposit 50 Free Spins with absolutely no wagering requirement.

How the Hexbreak3r Slot Looks

The Hexbreak3er online slot is all about superstition. A suitably creepy soundtrack sets the mood. Meanwhile, the symbols on the reels are represented by typical symbols of both good and bad luck. We’ve got a horseshoe, a raven, a salt shaker, the number 13, a voodoo doll, and, of course, a black cat. Typical for UK online slots, the game’s lower value symbols are the suits from a standard deck of cards.

The most striking feature of the Hexbreak3r slot machine is that the reels aren’t a uniform height. They can expand and contract. Landing the lucky Horseshoe Symbol on any of them makes that reel a whole symbol taller. This not only increases the number of ways to win but can also trigger instant cash prizes. 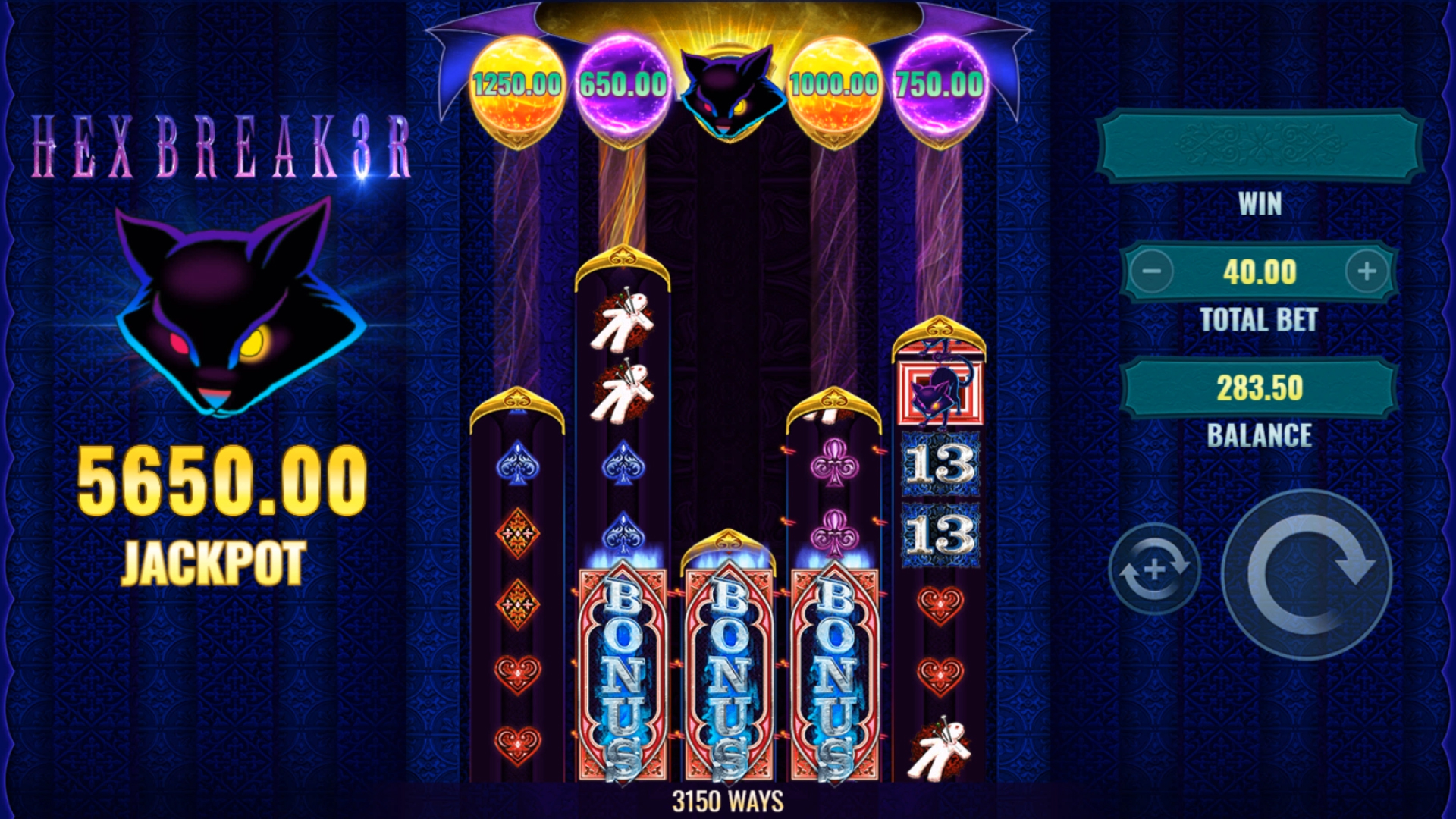 Each of these cash prizes is denotated above the reels. When the symbol reaches it, you’ll receive the pay-out and the reel suddenly contracts to just three symbols deep. If all five reels have three rows, there are 243 ways to win.

However, this number can reach 50,049 when the reels show the maximum eight symbols. The variety this dynamic creates makes for an ever-changing slot experience!

In terms of its maximum pay-out, the title can award more than 1,412x your stake on a single spin. Meanwhile, IGT says the Hexbreak3r RTP rating is 96.5%.

There’s also an Auto Play function on the Hexbreak3r online slot. You can use it to speed the action up but don’t get carried away. It’s easy to lose track of your spending so always remember to play responsibly!

The Hexbreak3r slot game isn’t all about the voodoo of expanding reels. There’s also a Free Spins feature that literally flips everything on its head! 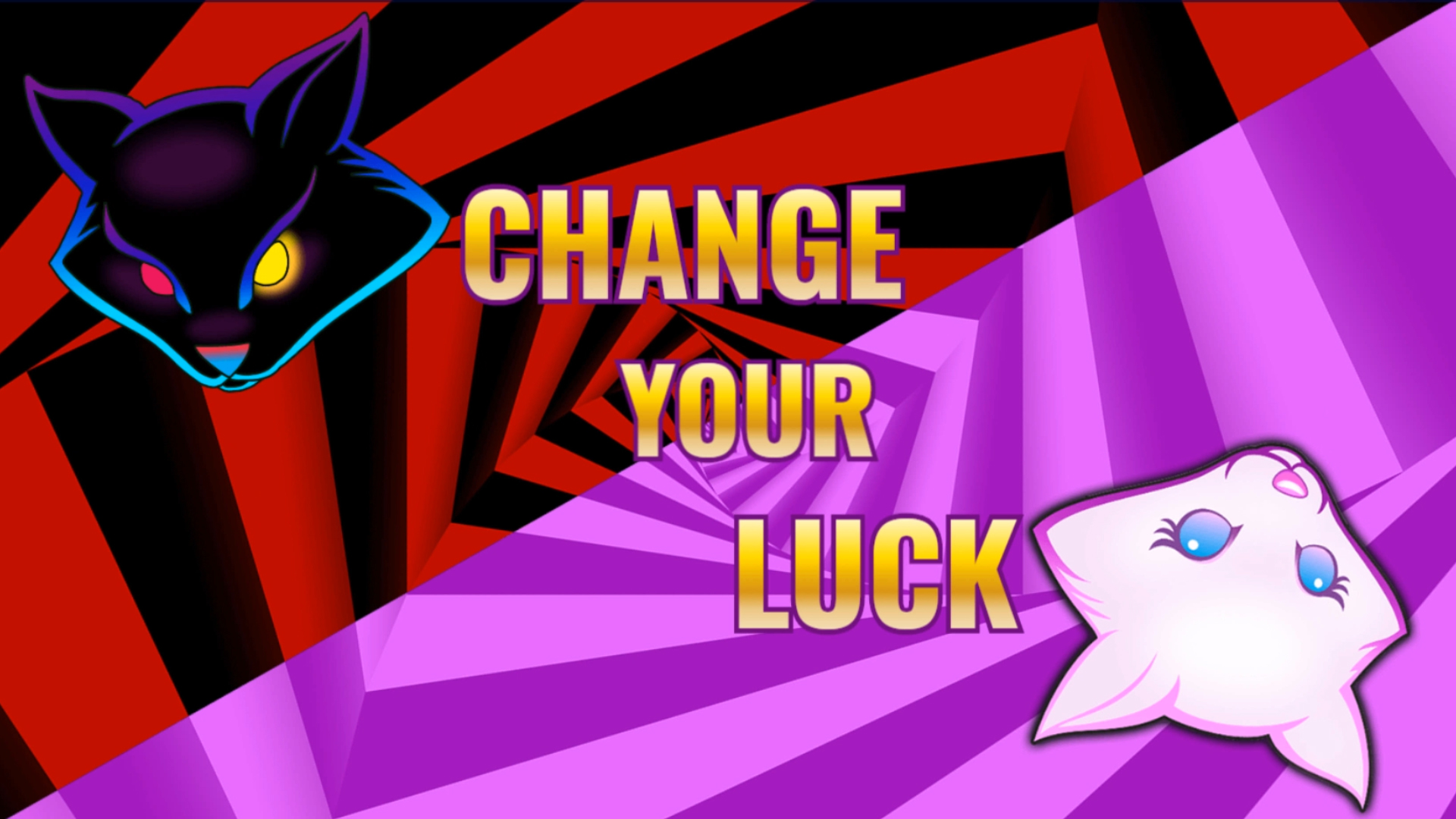 You trigger the Hexbreak3r Free Spins when one reel extends far enough to reach a Bonus Symbol. During the feature, reels head downwards and a white kitty is the star of the show. Instead of praying the reels reach their destination fast, you’re happy for them to take their time. That’s because the feature only ends when they reel reaches an ominous looking black hat!

Don’t worry though, there are still instant wins awarded when the reels do reach the bottom.

In addition to random instant prizes for fully expanded reels, there’s a black cat at the top of reel three. If you manage to extend the reel to reach it, you’ll drop the Hexbreak3r slot jackpot!

On any spin during the Hexbreak3r online slot base game, the reels can contain symbols that transform into any other (excluding special ones). Between one and four symbols may be designated as the transformed symbol on each reel and each reel may contain different transformed symbols.

Compared to other onlincasino games, the betting limits on the Hexbreak3r slot are pretty huge! You can bet between 80p and a massive £2,400 per spin. Just use the Plus and Minus button to the right of the reels to toggle between the various stakes. 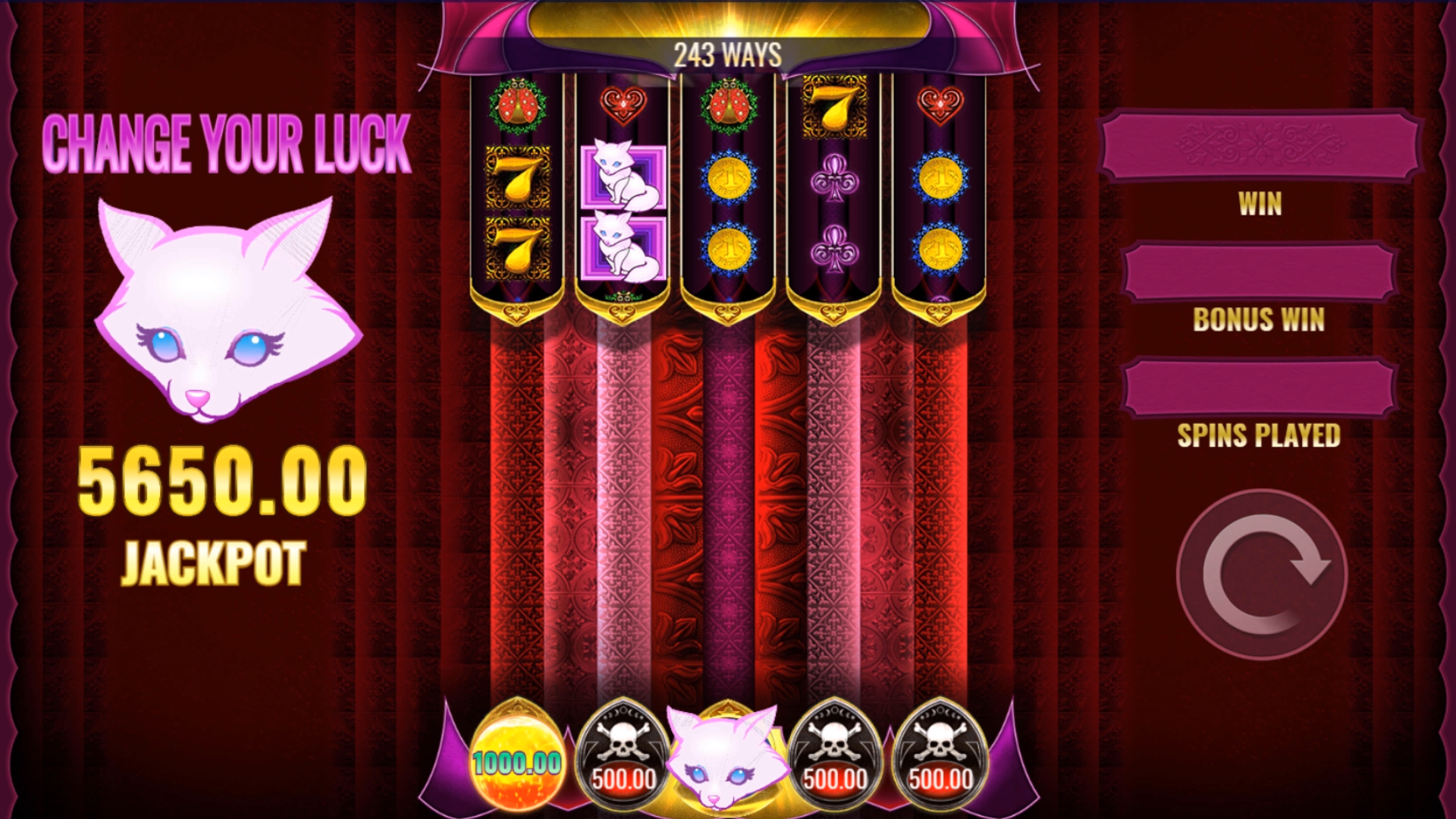 If you’re not ready to try your luck against the game for real, you can always play the Hexbreak3r slot demo to test the action out first!

Thanks to its collection of mind-bending special features, the Hexbreak3r online slot is one of the most innovative games we offer here at PlayOJO. The expanding reels and inverted Free Spins feature really make for a unique gameplay experience. The opportunity to drop a jackpot only enhances the entire package!

Don’t just take our word for it though. Test your luck and play the Hexbreak3r slot in the UK here at PlayOJO today.

Lucky Fortune Cat by Red Tiger Gaming. Ok, we’ll level with you. This one is absolutely nothing like Hexbreak3r. However, very few slots are. But, it does have the word luck in the title, is all about cats, and loads of special features. They include Free Spins, Respins, and sticky Wild Symbols!