Hi there, amigos! Today, we’re showcasing a pretty special online slot by IGT. The Griffin’s Throne slot has swooped in to land at PlayOJO from real-world casino floors. This mythical creature brings with it expanding reels, beastly multipliers, and a legendary Free Spins mode. So, let’s see just what this mythical beast’s online counterpart is all about then! 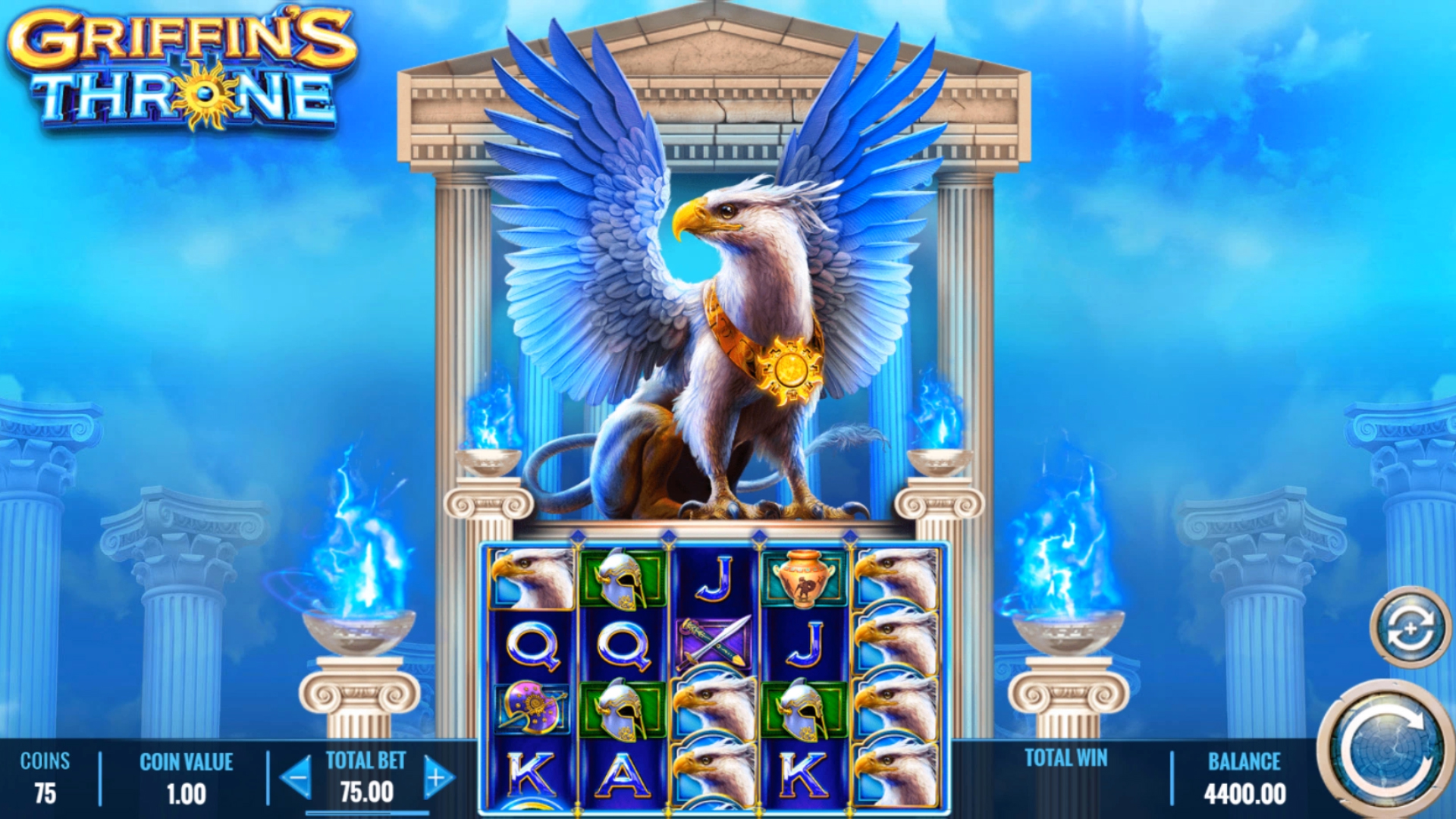 With its expanding reels, potentially massive multiplier, and a generous Free Spins feature, OJO’s all abuzz about the Griffin’s Throne slot machine. To make sure you lot are feeling the same excitement, he’s offering all first-time depositors 50 Free Spins with no wagering!

The Griffin’s Throne online slot finds us facing off against the mighty half-bird, half-lion from Greek mythology. The formidable creature sits proudly atop the reels on a suitably splendid throne – hence the name.

Protected by a helmet and brandishing our trusty blade, with a bit of luck this battle with the beast might just see us make off with the Griffin’s treasures!

The action on the main game takes place across five reels and four rows of symbols. These create 30 fixed win lines. However, all that changes during the game’s special features. We’ll explain those shortly though.

IGT says the Griffin’s Throne slot RTP is 96.05% and that it’s a medium volatility game. Oh, and there’s a top prize of 3,750x the total bet to pick up in your talons too! 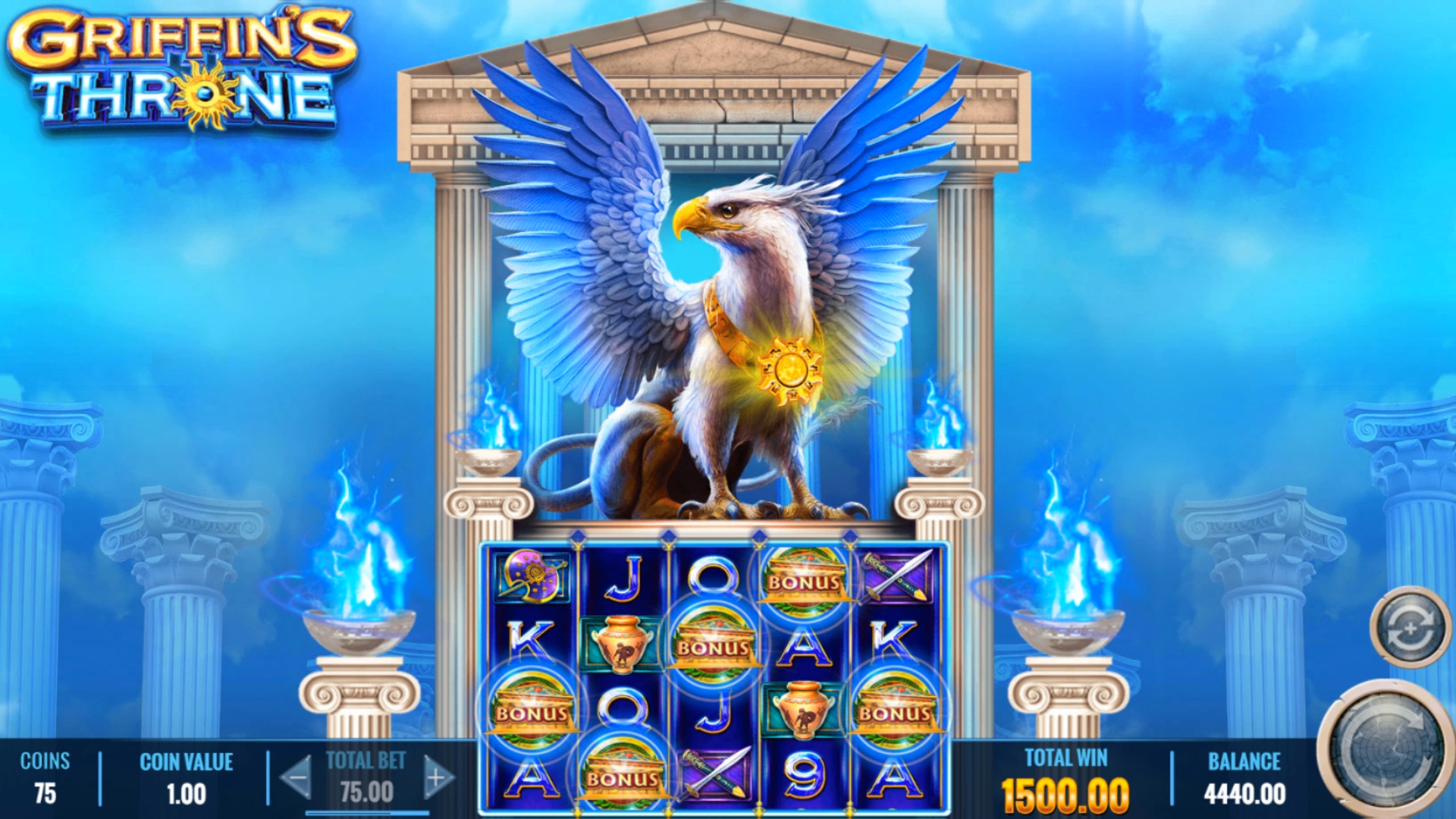 If the gameplay isn’t fast enough, or you just can’t be bothered pressing spin yourself, you can always use the Griffin’s Throne slot game’s Auto Play function. Be careful with it though and always remember to play responsibly!

If the Sun Symbol lands when playing the Griffin’s Throne slot machine, special symbols lock in place for a multiplier Respin and vast 12-symbol-high stacks appears on the reel that triggered the feature.

Up to 10x multiplier symbols load the extra reels. Multipliers can also combine to create potentially massive wins and cast random Wilds onto the reels for the Respin.

The Griffin’s Throne Free Spins feature is the one to lookout for though. You’ll trigger it when you land three or more Parthenon Scatter Symbols in any positions on the reels. 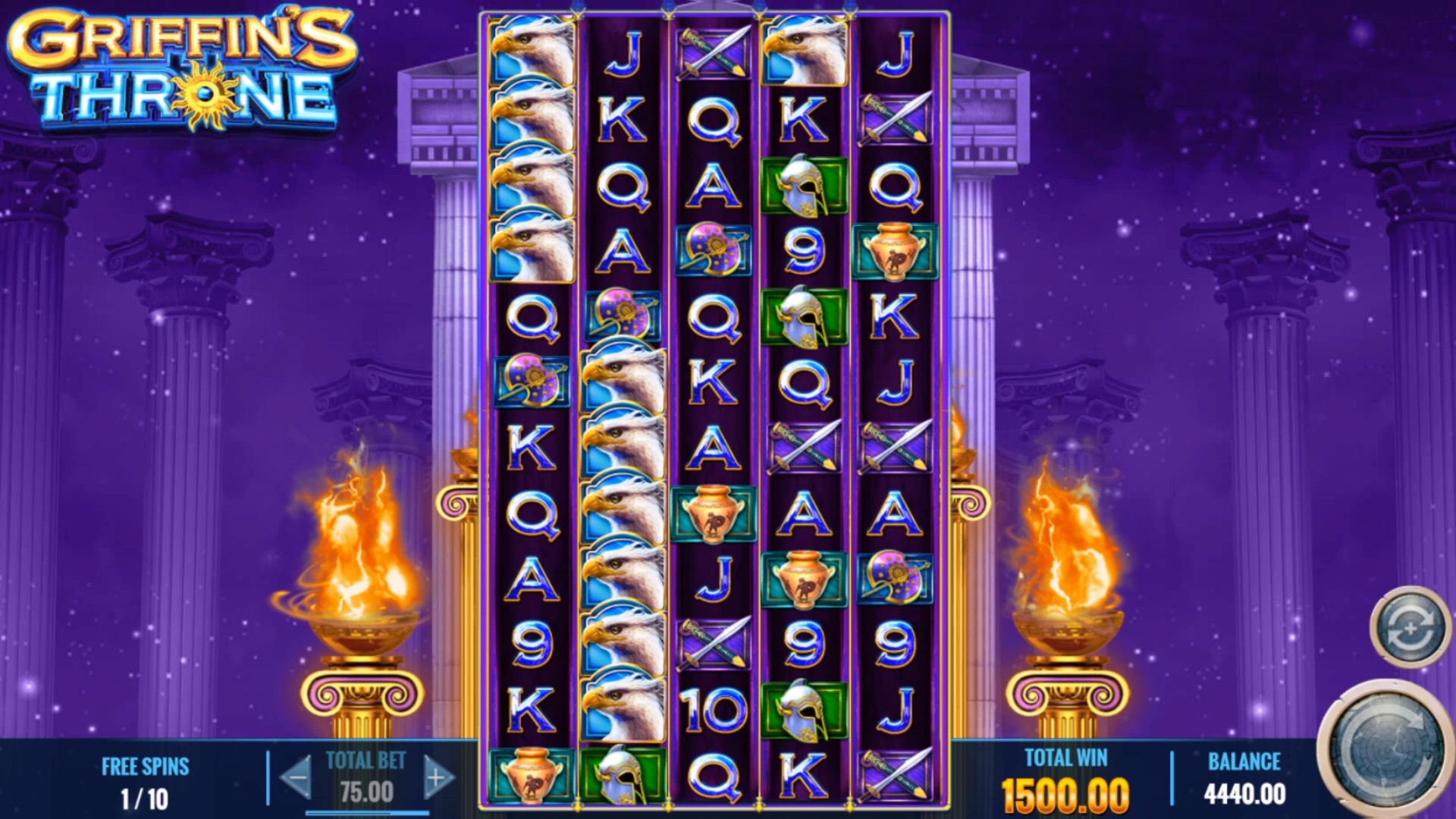 For the duration of the 10 Free Spins, the entire reel set becomes 12 symbols tall, creating 90 win lines and loads more chances to win. The Sun Symbol is still active during the feature, scattering Wilds and adding multipliers for enhanced wins!

You can also retrigger Free Spins by landing additional Scatter Symbols. You’ll be able to do this a total of 15 times too!

Bets start at just 75p per spin on the Griffin’s Throne online slot. Meanwhile, the upper betting limit is higher than most online casino games in the UK – OJO’s highest rolling pals will surely appreciate the massive £2,250 maximum bet! 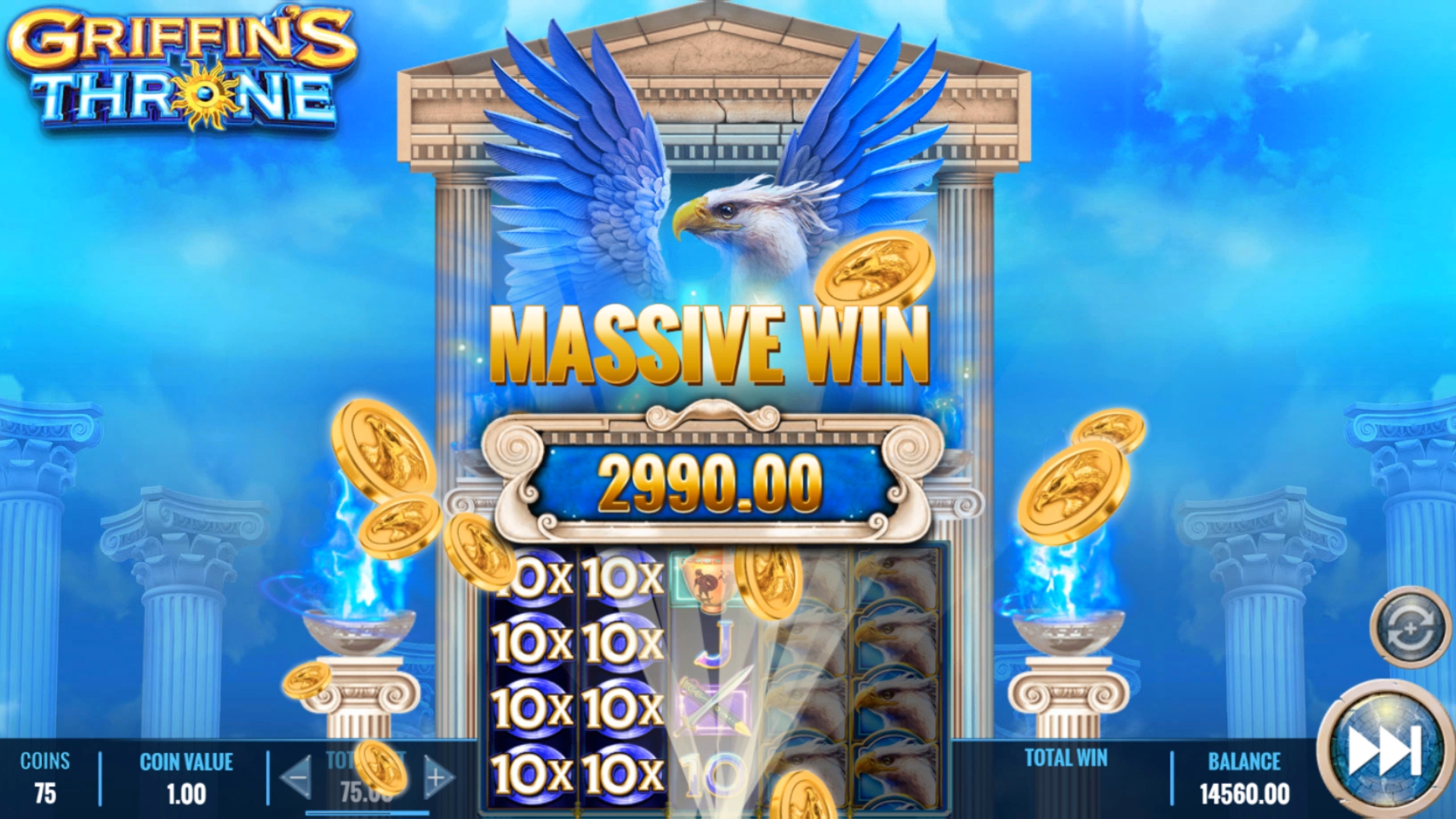 Of course, not everyone wants to get stuck in for real money right away. That’s why OJO offers free versions of many slots online – so you can try them out first. Just load up the Griffin’s Throne slot demo to check out the action for yourself!

The Griffin’s Throne slot is a massive hit across casino floors around the world. It’s, therefore, no surprise to see it make the leap online. With its iconic artwork and stack of potentially lucrative special features, it’s a title OJO highly recommends.

Don’t just take his word for it though. Try it for yourself and play IGT’s Griffin’s Throne slot in the UK at PlayOJO today.

Mighty Griffin Megaways by Blueprint Gaming. As the name suggests, the star of the show here is also a glorious griffin. However, the Megaways reel dynamic, along with the title’s use of the Jackpot King Progressive Pot System, makes it a different beast entirely. There’s also Free Spins that keep the excitement levels up whilst you’re waiting to drop that lifechanging jackpot!