Howdy, OJOers. Today, we’re going off in search of treasures in the deserts of Ancient Egypt on Red Tiger’s Ancient Script slot. As you’ll soon find out, tracking down the Pharaoh’s scrolls can be worth serious cash too! 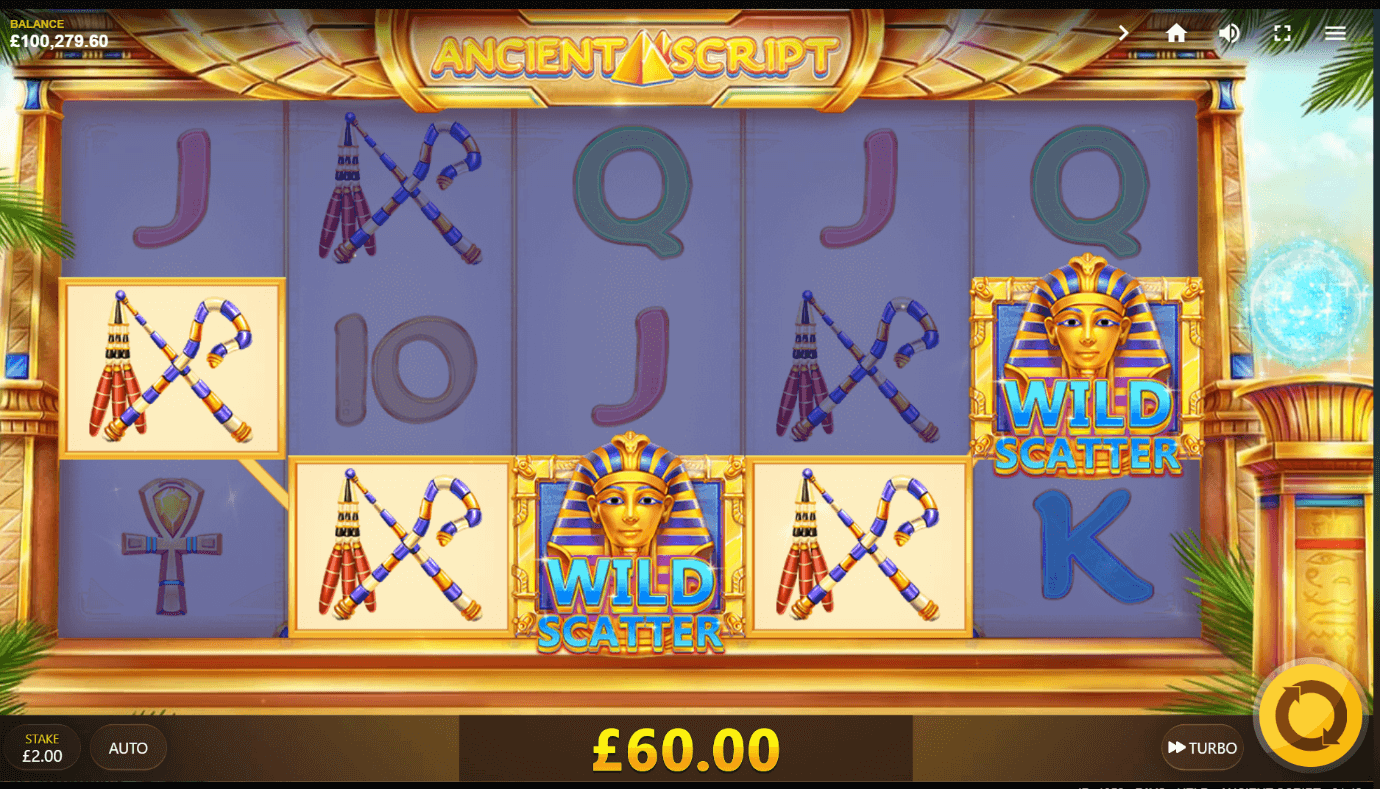 As well as telling you all about the thrilling trip back in time waiting for you when you play the Ancient Script slot in the UK, OJO has some more good news to share. All of his newest pals that sign up to PlayOJO and make a deposit will get 50 Free Spins with no wagering. You can’t argue with that!

Red Tiger’s Ancient Script slot game takes place in Ancient Egypt at the site of a mighty Pharaoh’s temple. The background to the reels is suitably regal and the high value symbols are represented by typical Egyptian imagery. There’s an Eye of Horus, a crook and flail, the Great Pyramids themselves, and an ankh.

Unlike other online casino games centred around ancient Egypt, this one is actually quite colourful. That’s probably because we’re not actually creeping around a dead king’s final resting place!

The action takes place across five reels and three rows of symbols on the Ancient Script slot. There is a total of 10 fixed win lines and cash prizes are awarded for matching three or more of the same symbol along them from the leftmost reel. 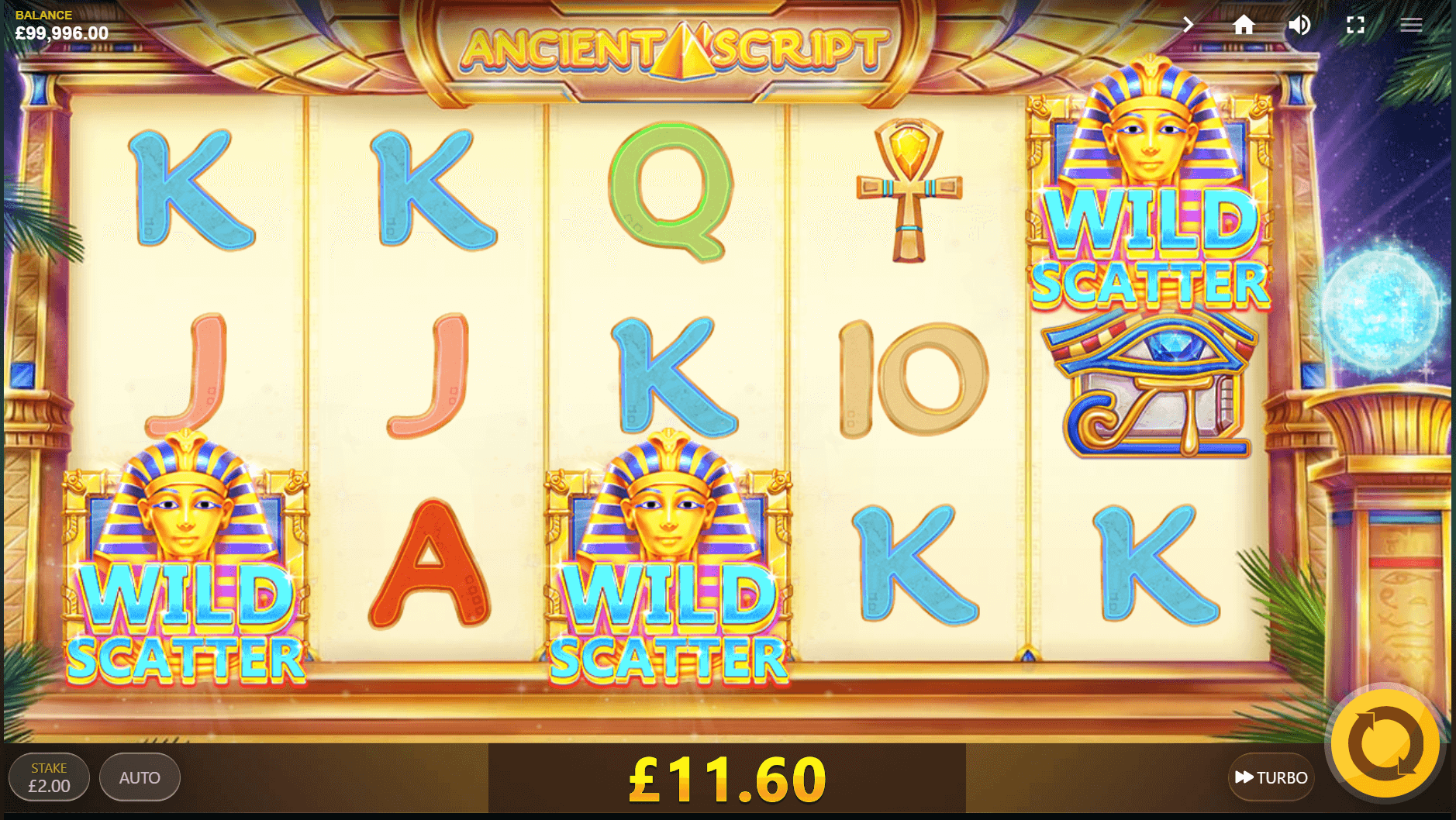 Red Tiger gives the Ancient Script slot an RTP rating of 96.23% and the game has a maximum potential win of 1,346x the total bet. It’s also considered higher volatility than many UK online slots.

Players who hate waiting for reel animations to complete and would rather spend that time making more bets will be pleased to learn that there is both an Auto Play and Turbo Spin mode on the Ancient Script online slot. Just make sure you play responsibly – especially when using them!

Any sized win can end up paying out heaps of cash on the Ancient Script slot machine thanks to its Expanding Reel feature. It triggers randomly on some winning spins and makes each symbol involved in a winning combination stretch out to cover the entire reel. You’ll win on all the win lines instead of just a couple!

During the Free Spins feature, the Expanding Tile is active on any winning spin – not just randomly selected ones.

If you’re lucky enough to land three of the Burial Mask Wild Scatter Symbols on reels one, three, and five at the same time, you’ll trigger the Ancient Script Free Spins. As mentioned above, the Expanding Tile feature is always active throughout the Free Spins. 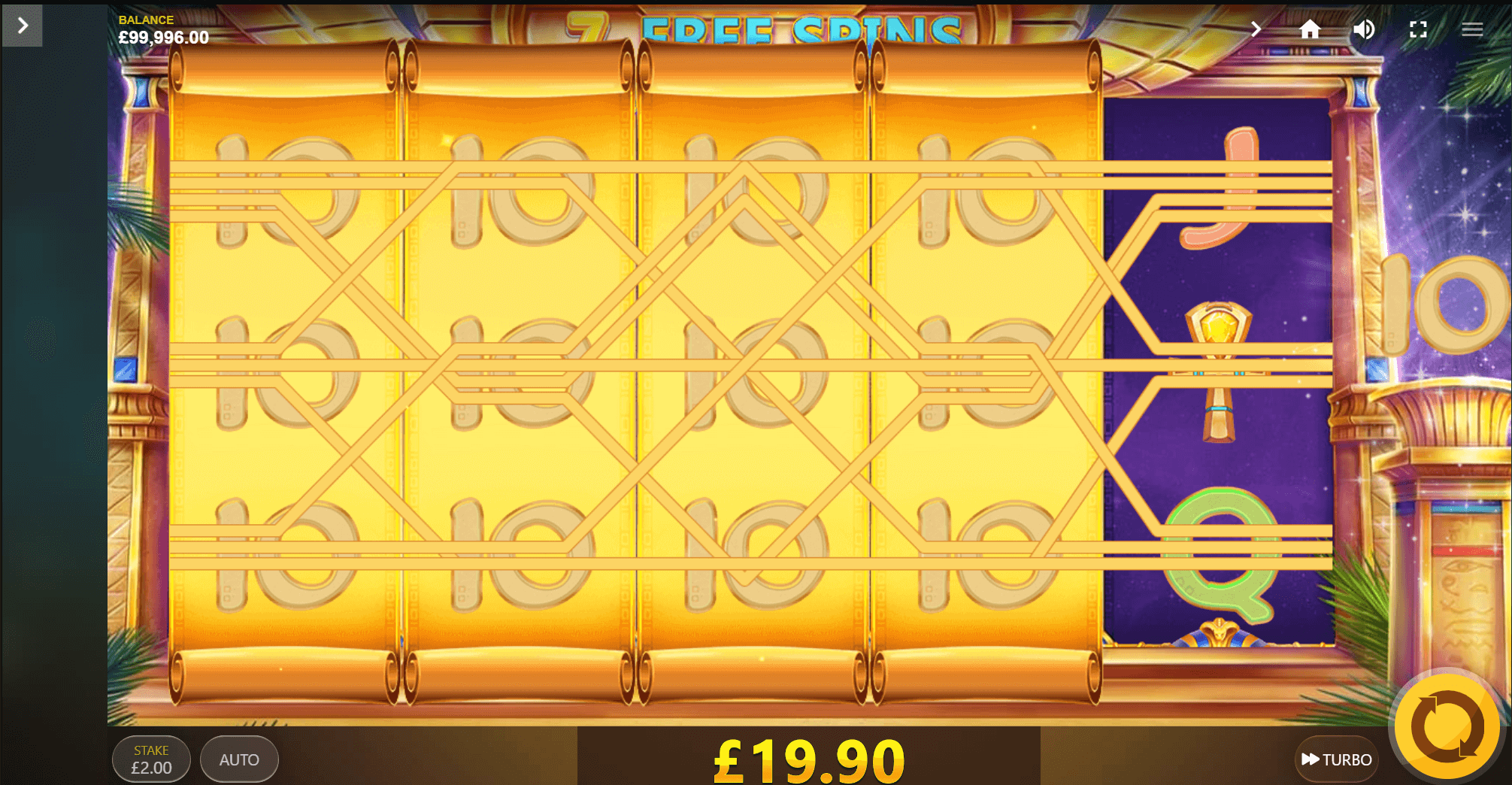 Ancient Script awards a random number of Free Spins. You can also trigger additional spins during the bonus feature by landing three more Wild Scatter Symbols on the reels.

You can choose how much to bet on the Ancient Script slot machine using the simple +/- buttons next to the reels. The lowest bet possible is just 10p. Meanwhile, the largest is £60.

It’s worth noting that PlayOJO does allow you to play an Ancient Script slot demo too. OJO knows some folks like to try stuff out before they commit any of their actual money!

With its conventional reel layout and without a huge number of special features, some players might think that the Ancient Script slot is going to be pretty dull. However, the Expanding Tile feature brings a lot of excitement to the game.

They might not hit often but a five-of-a-kind that expands is worth serious cash – even for the lower value symbols. The chances of hitting one improves massively too during the Ancient Script Free Spins feature.

Legacy of Dead by Play ‘n’ Go. If you’re all about Ancient Egyptian-themed games, there are plenty to choose from. Fans of Ancient Script will likely enjoy Legacy of Dead because it features a similar expanding reel dynamic to the Ancient Script slot and we get to snoop around inside the Pharaoh’s tomb too!