Agent Destiny Slot: A Mission in Search of Prizes

Hey there, amigos! Today, we’re all wrapped up in the capers of the Agent Destiny slot and its title character – a secret agent on a perilous mission for riches. The game is absolutely loaded with innovative special features and has strong vibes of a vintage secret agent TV show or comic book.

If espionage action at the side of Agent Destiny and his team isn’t thrilling enough, new players at PlayOJO can claim 50 Free Spins on their first deposit. With no wagering requirements, OJO really is too kind to you lot! 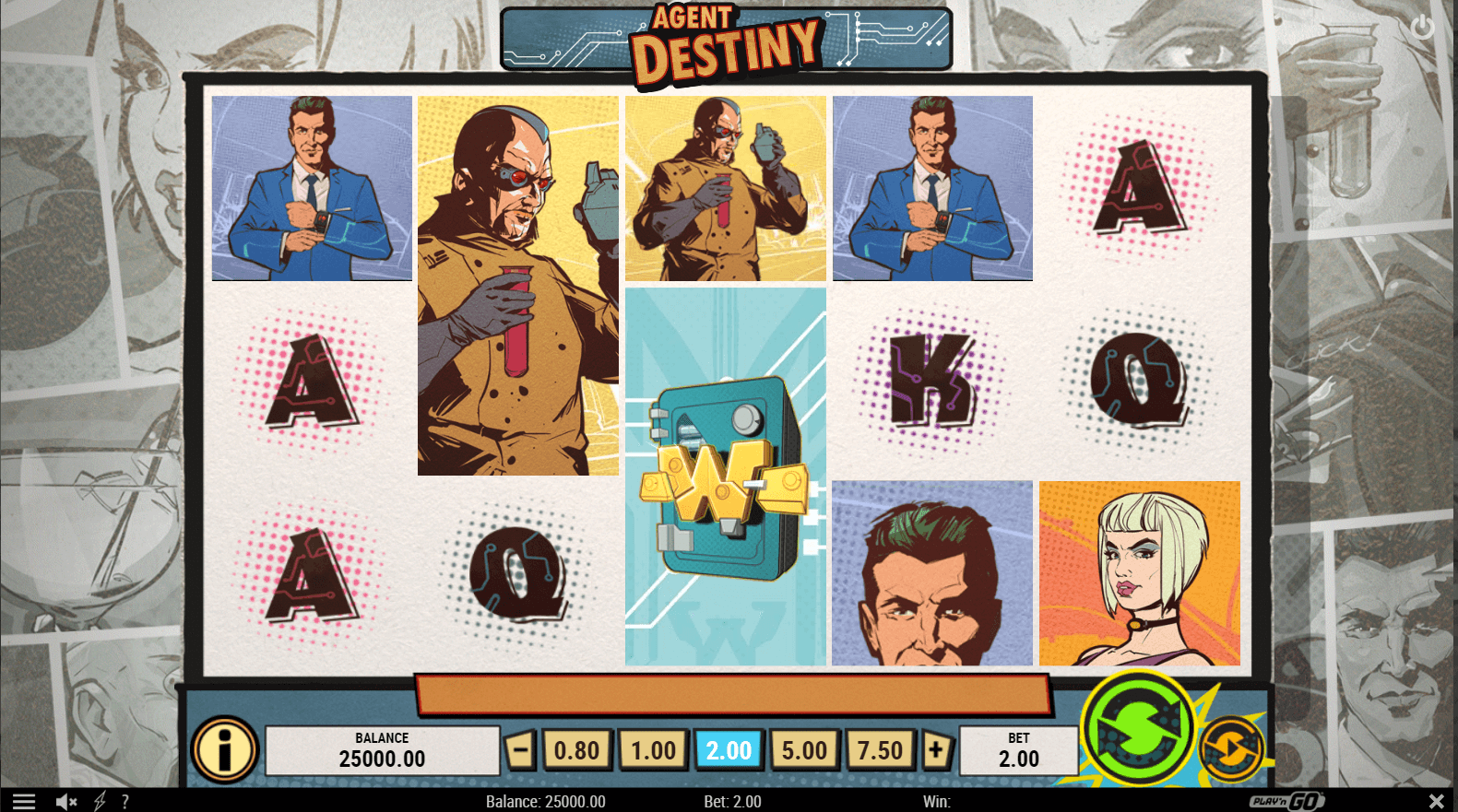 
The artwork on the Agent Destiny online slot has a distinctly comic book feel, with each of the game’s characters and background clearly inspired by the pop-art movement of the ‘50s. This is complemented by a swinging soundtrack and cheesy narrator – just like you’d find on a real old-school TV detective drama.

Like many slots online, the Agent Destiny slot game is played across five reels and three rows of symbols. There is a total of 20 fixed win lines and you will receive cash prizes for matching symbols along them.

If you want to speed up the action, you can use either the Turbo or Hyper Spin mode, as well as the Auto Play feature. Just remember to always play responsibly – especially when using these functions! 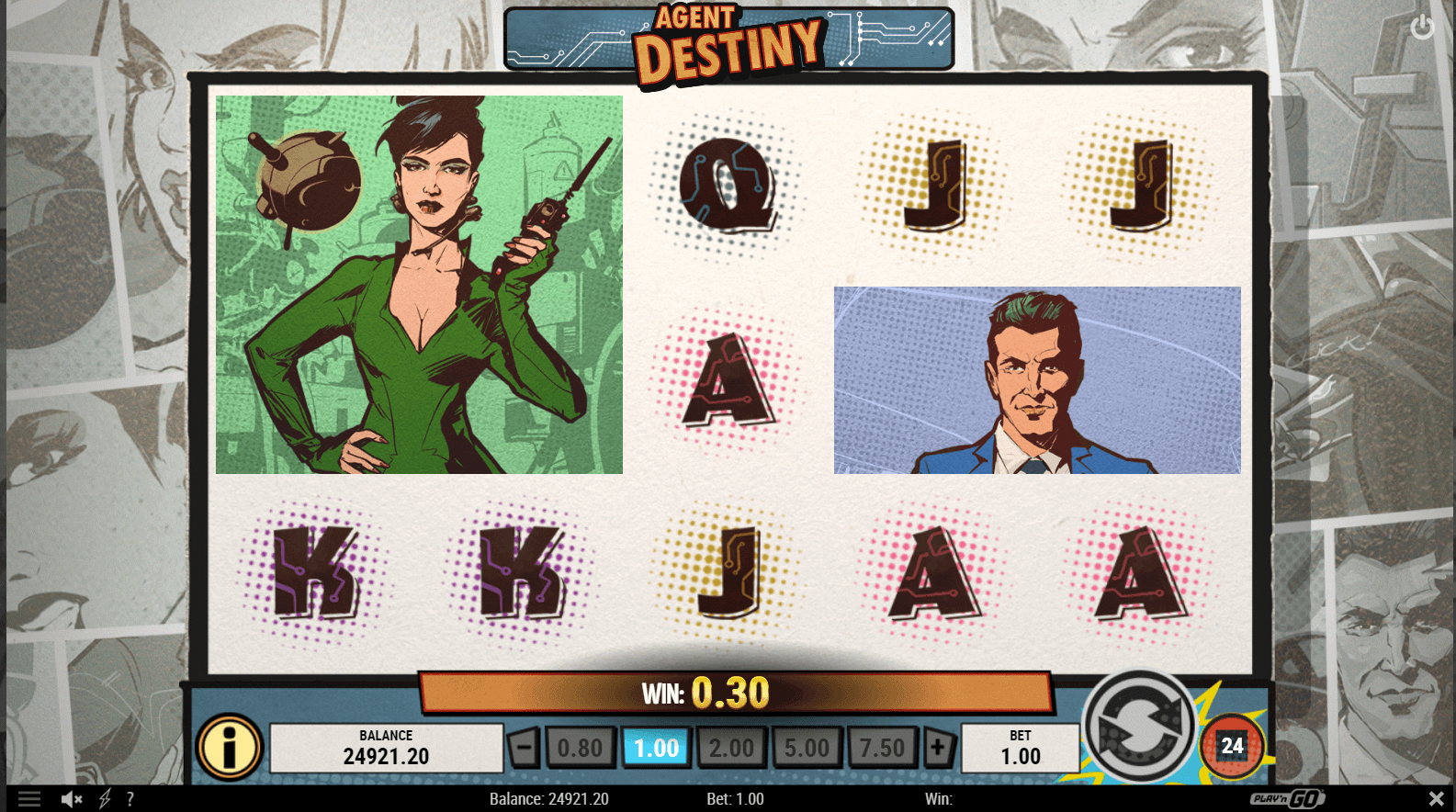 The Linked Reels feature does exactly what you’d imagine – it joins two or more adjacent reels together so they display identical symbols when they stop spinning.

You’ll hear the narrator cry “Linked Reels!” and the linked reels will spin in unison! The feature is randomly activated during the base game and always active during the Agent Destiny Free Spins.

Any character symbol and the Safe Wild symbol can appear oversized on any spin of Play ‘n’ Go’s Agent Destiny slot game. These will land as blocks of either two or more symbols wide, two or more symbols tall, or both! The largest of the mega symbols is a massive five by three rectangle covering all the reels and showing a full character portrait!

If you manage to land a Wild Scatter symbol on reels one, three, and five simultaneously, you’ll active the Agent Destiny Free Spins feature. You’ll receive a total of nine Free Spins, during which the rightmost reels are Linked and the symbols from them shift to the leftmost reels on each consecutive spin!

You choose how much to bet per spin on the Agent Destiny slot machine using the different options at the bottom of the reels. The minimum possible bet is just 10p and the maximum is £100. 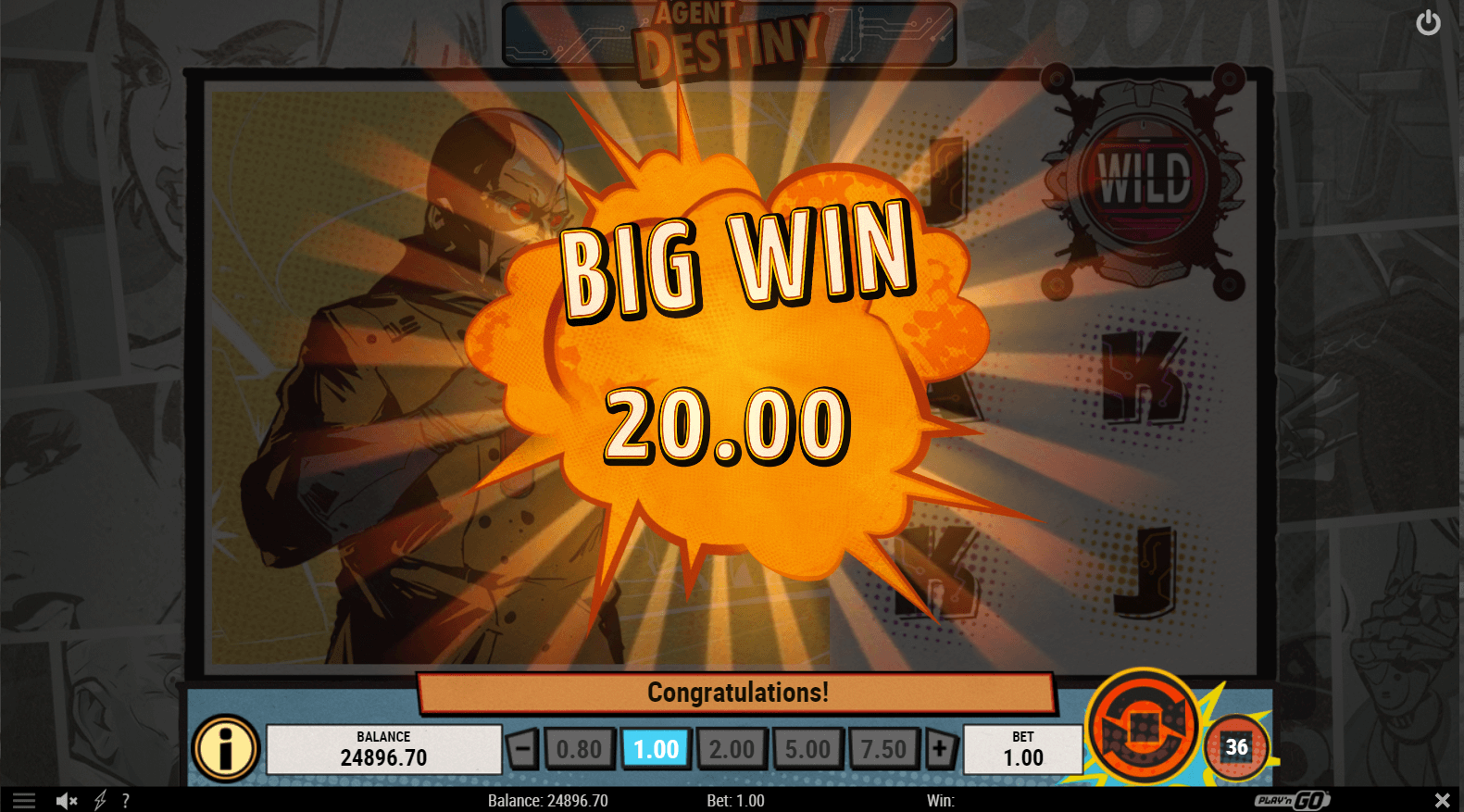 Don’t worry if you’re not ready to play for real money just yet. As with many of our online casino games, PlayOJO offers an Agent Destiny slot demo to try it for free first. When you’re ready to make a deposit, OJO will reward you with 50 Free Spins too!

If a secret agent slot game adventure sounds right up your street, OJO strongly recommends that you play the Agent Destiny slot machine in the UK today. It’s crammed with interesting special features that keep the action fresh, even on multiple visits. Meanwhile, the artwork and soundtrack give the title a real feel of a vintage TV drama.

Agent Jane Blonde Returns by Microgaming. This time the star of the show is the British blonde bombshell Agent Jane. Join her on her latest mission to save the world whilst hitting Respin, Free Spin, and stacked symbol features along the way!