Greetings, OJOers! Are you ready to save the world from hoards of zombies and to (hopefully) get rewarded handsomely for doing so? That’s the aim of the game on Pragmatic Play’s Wild Walker slot.


We’re pretty excited to showcase this terrifically gory title. To get you lot feeling as thrilled as we are, OJO’s got a special promotion for his newest members. Make your first deposit today and get 50 Free Spins with no wagering. That’s better than brains for dinner, eh?

How the Wild Walker Slot Looks

In the looks department, the Wild Walker slot is pretty terrific! The background to the main game is a dystopian cityscape. Of course, being a zombie apocalypse, there’s a storm raging and fires burn in the streets. The Free Spins feature takes us to a lab where antidotes to whatever sickness created the zombies are being worked on. 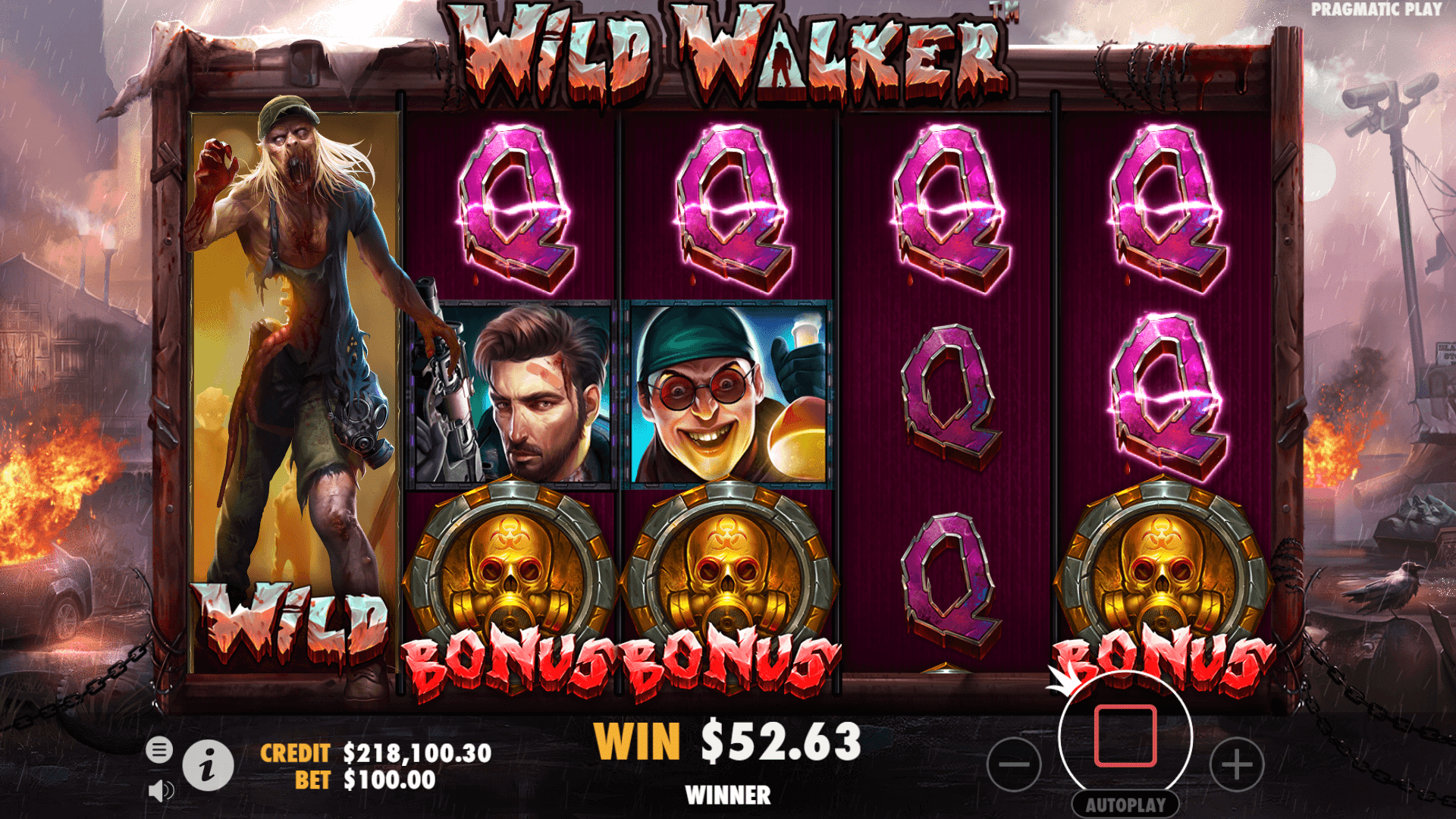 Along with various zombies, high value symbols on the game are represented by scientists, zombie hunters, and futuristic weaponry. As is common on many online slots, the lower value symbols are taken from the upper end of a standard deck of playing cards.

The action during the base game on the Wild Walker slot machine takes place over a five by three set of reels. This creates a total of 25 win lines along which you must match symbols. However, all this changes during the Free Spins mode but more on that later.

The maximum win possible on a single spin is 4,900x the total bet. Pragmatic Play says the Wild Walker slot RTP rating is 96.55% and classifies the title as a high volatility one. 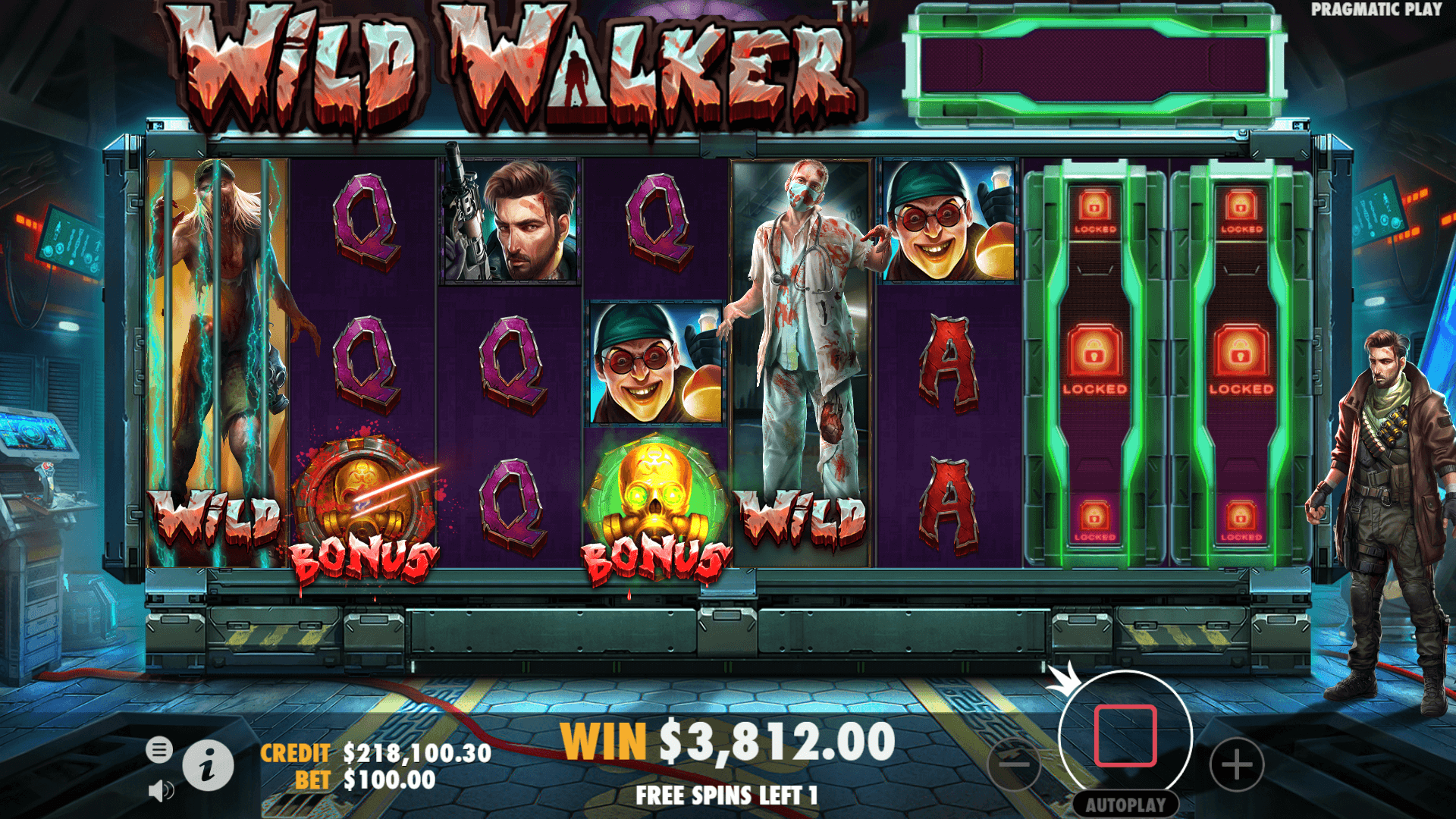 The Wild Walker slot machine also features both an Auto Play and Quick Spin function. These can really speed up the action but OJO recommends using them with caution. Make sure you always play responsibly!

During the game, there’s always at least one stacked Wild that covers an entire reel. It jumps around, landing on different reels on every spin. 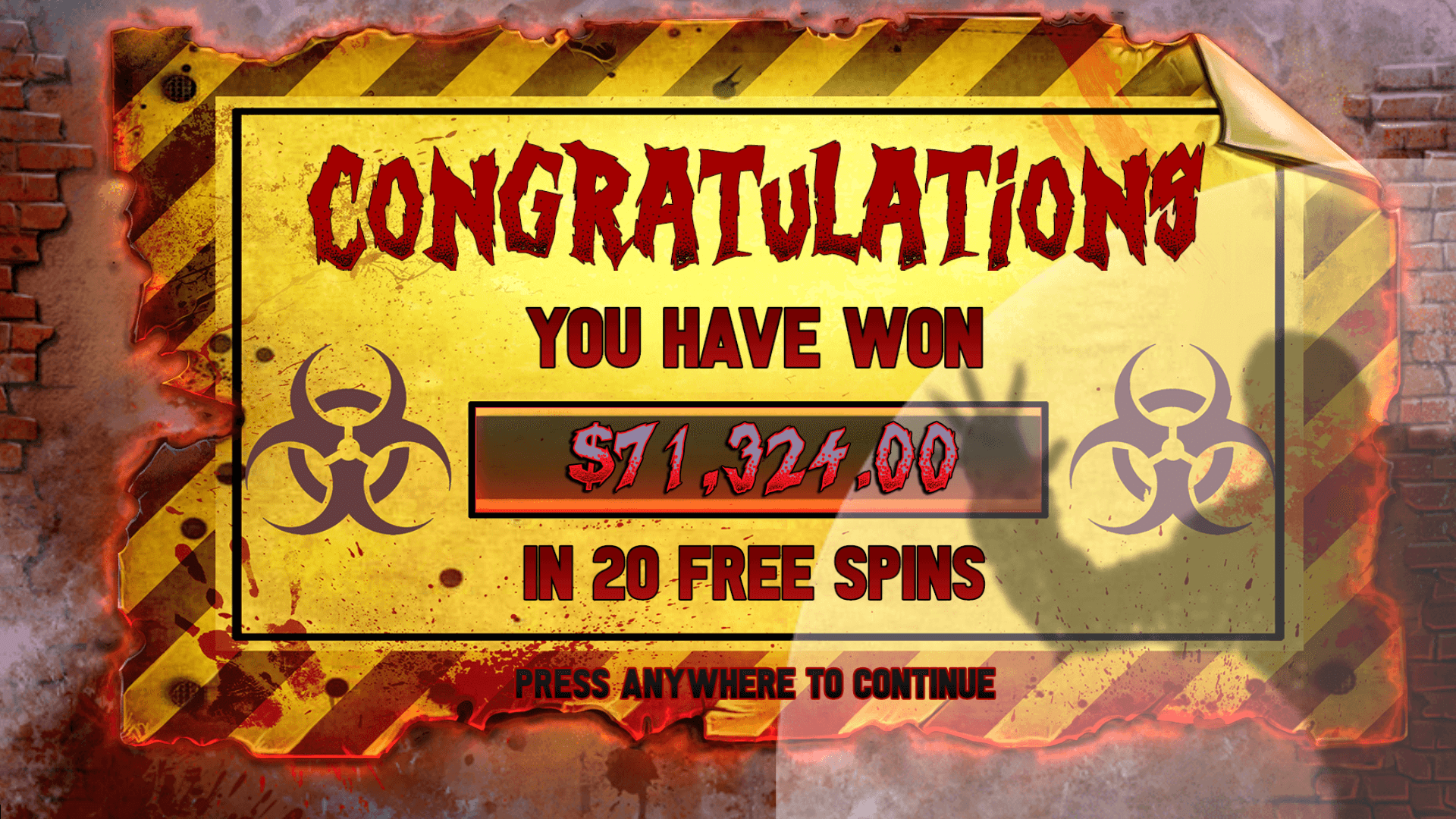 If you manage to land three or more Bonus Symbols during level four, you’ll receive an extra two Free Spins. There’s no upper limit either!

You can bet between 25p and £125 per spin on the Wild Walker online slot. Just hit the either the Plus or Minus either side of the Spin button to toggle the different total bets available. 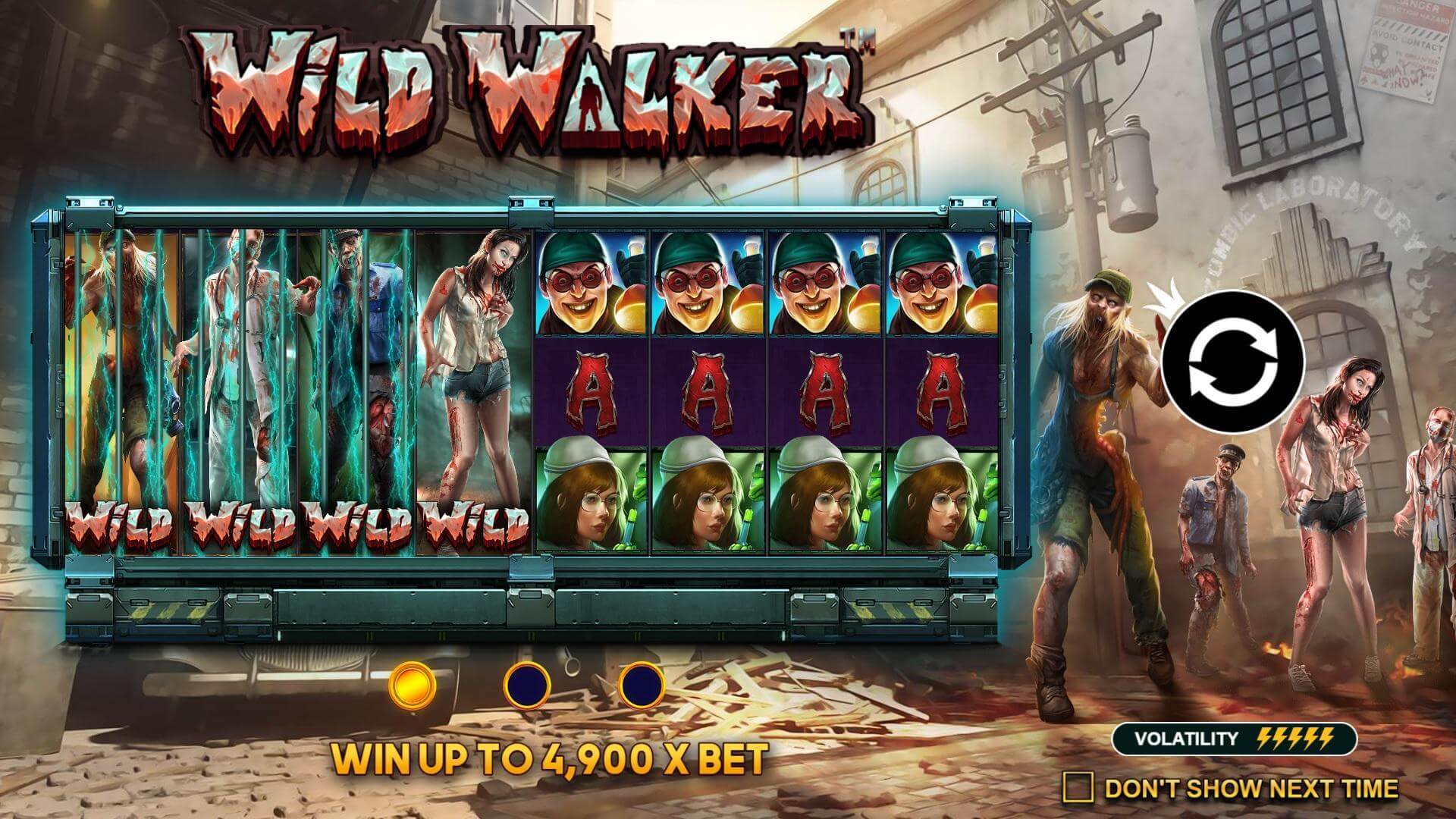 OJO understands that taking on hoards of undead zombies for real right away might be a bit daunting for some of his pals. That’s why we offer a Wild Walker slot demo too. You can play the title, and many other online casino games, for free before you stake your own money.

Pragmatic Play’s take on the ever-popular zombie apocalypse is a winner in OJO’s book. The Wild Walker slot game features some pretty gory artwork and animation to create an incredibly atmospheric title.

Meanwhile, the dynamic reels and locked Wild Stacks can make for some epic wins. Join now to play Wild Walker and many other free slots online.

Zombie Circus by Relax Gaming. This colourful title isn’t quite as hair-raising as the Wild Walker slot, yet it’s still well worth a go for all fans of undead action. The game features a cast of zombified circus freaks and special features include a pick-a-box-style Free Spins mode.