Greetings, OJOers! Today, we’re showcasing an online slot that features more than a touch of the occult. StakeLogic’s Voodoo Reels is a suitably spooky slot for those of you that are all about the darker things in life (and death!) It’s ready to play here at PlayOJO and, with promises of unlimited Free Spins, we’re sure it’s going to be a popular addition to our collection of online slots! 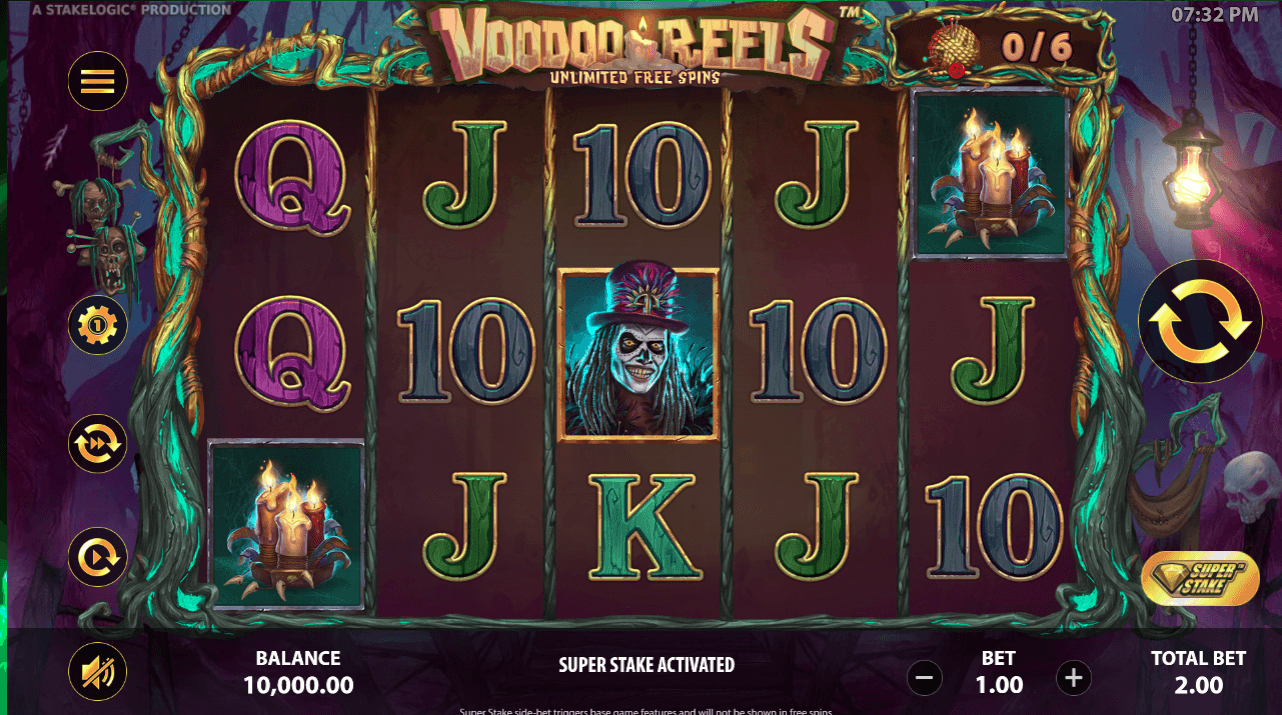 If the chance to get all superstitious on the Voodoo Reels online slot didn’t convince you to create an account here at PlayOJO, 50 Free Spins with no wagering might further sweeten the deal. That’s what all new members making their first deposit with us can look forward to!

Voodoo Reels Slot: How it Plays

We find ourself in a creepy woodland setting for the Voodoo Reels online slot. The reels themselves are twisted and gnarled tree trunks set before a dark and mysterious background. Hanging from them are flickering lanterns and shrunken heads – just to pile on the spookiness!

Adorning the reels are symbols like candles, voodoo dolls, and skull candelabras. Meanwhile, the lower value symbols on the Voodoo Reels slot comprise of those face cards found on many online casino games.

Stakelogic claims the title is a medium volatility one and that the Voodoo Reels RTP rating is 96.49%. Meanwhile, there’s a maximum pay-out of 5,000x the total bet on a single spin.

The reels themselves are five symbols by three. They create 10 win lines along which you must match two or more of the same symbols. 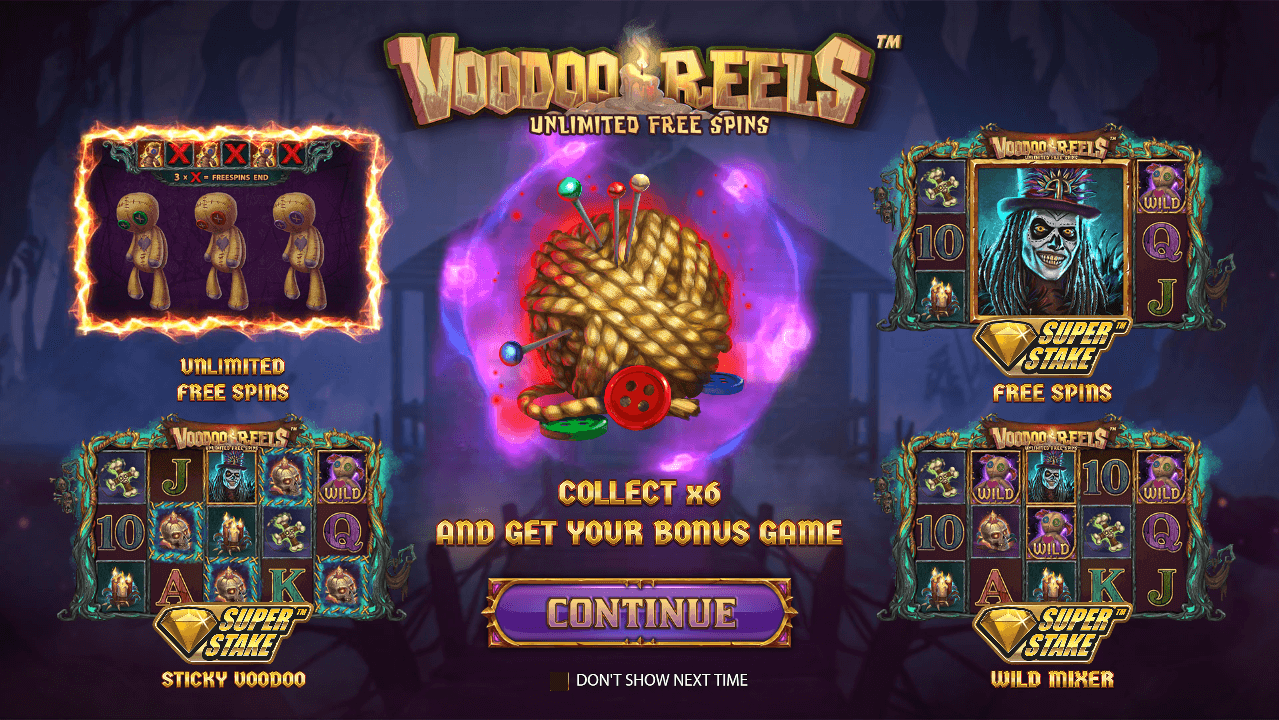 The Voodoo Reels slot machine also has both an Auto Play and Turbo Spin mode. These two functions can really speed the action up but remember to use them with caution. Make sure you always play responsibly!

During the main game, you can collect Yarn Ball Symbols. Once you manage to gather six in total, you gain access to the “pick and click” game.

You must select a Voodoo Doll to unlock one of three special features. The first is the Wild Mixer. You’ll get three Respins with between two and six randomly positioned Wild Symbols on te reels.

The second feature is called Sticky Voodoo. Again, you’ll receive three Respins during which all instances of one randomly selected symbol will be chosen to remain stuck to the reels.

The final feature is Free Spins. If you pick it, you’ll receive six Free Spins – as detailed below! 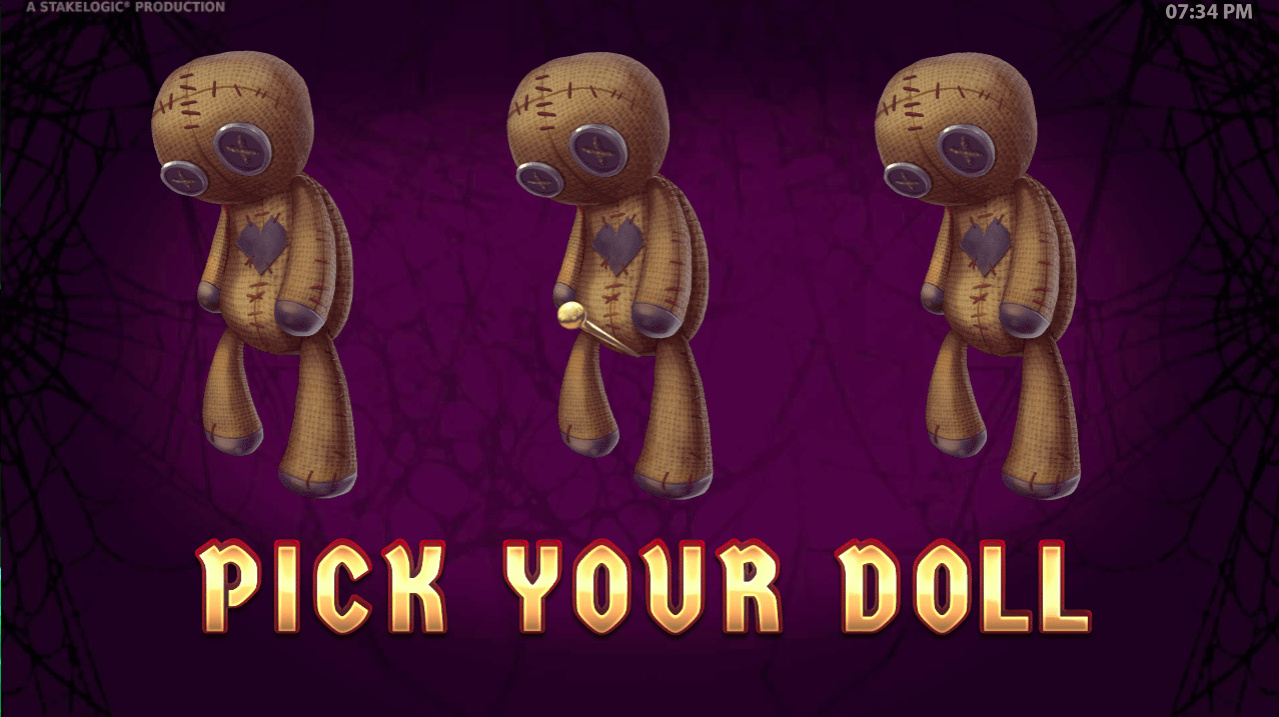 As mentioned, there’s an Unlimited Free Spins feature on the Voodoo Reels slot game too. Essentially, the reels will keep spinning until you manage to collect three Voodoo Symbols.

You can activate the Super Stake function at any point during the Voodoo Reels online slot. It doubles your total bet but invites additional chances to win in the form of extra bonuses, greater winning frequency, and potentially larger prizes.

The betting limits on the Voodoo Reels online slot range from just 10p per spin to £100. You can use the Plus and Minus buttons at the bottom of the reel set to select how much you want to stake. 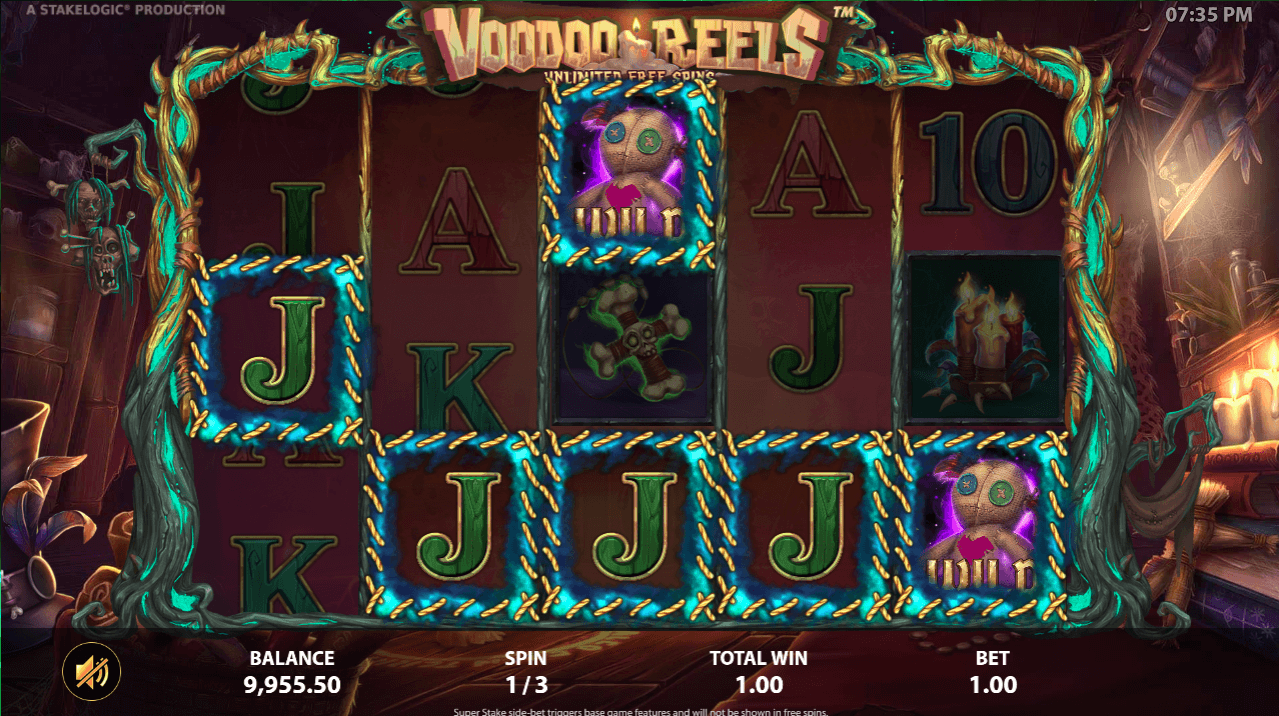 OJO knows that some of you lot like to try a game out before you bet for real. That’s absolutely fine too. PlayOJO hosts various free-to-play slots for that very reason. Just load up the Voodoo Reels slot demo to check out how the title plays.

The Voodoo Reels online slot is strong in both the looks and features departments. The title’s dark artwork complements the overall theme perfectly. Couple this with interesting bonuses like the Unlimited Free Spins and the random features awarded by the Yarn Ball, and you’ve all the makings of a winning online slot.

OJO’s obviously a bit biased – he loves all his slots. However, you can see for yourself if you play the Voodoo Reels slot in the UK here at PlayOJO.

Hexbreak3r by IGT. Another slot that’s shrouded in superstition, Hexbreak3r has some really innovative special features that make it well worth taking a chance on. It not only has an expanding reel feature but a Free Spins mode that literally flips everything on its head!