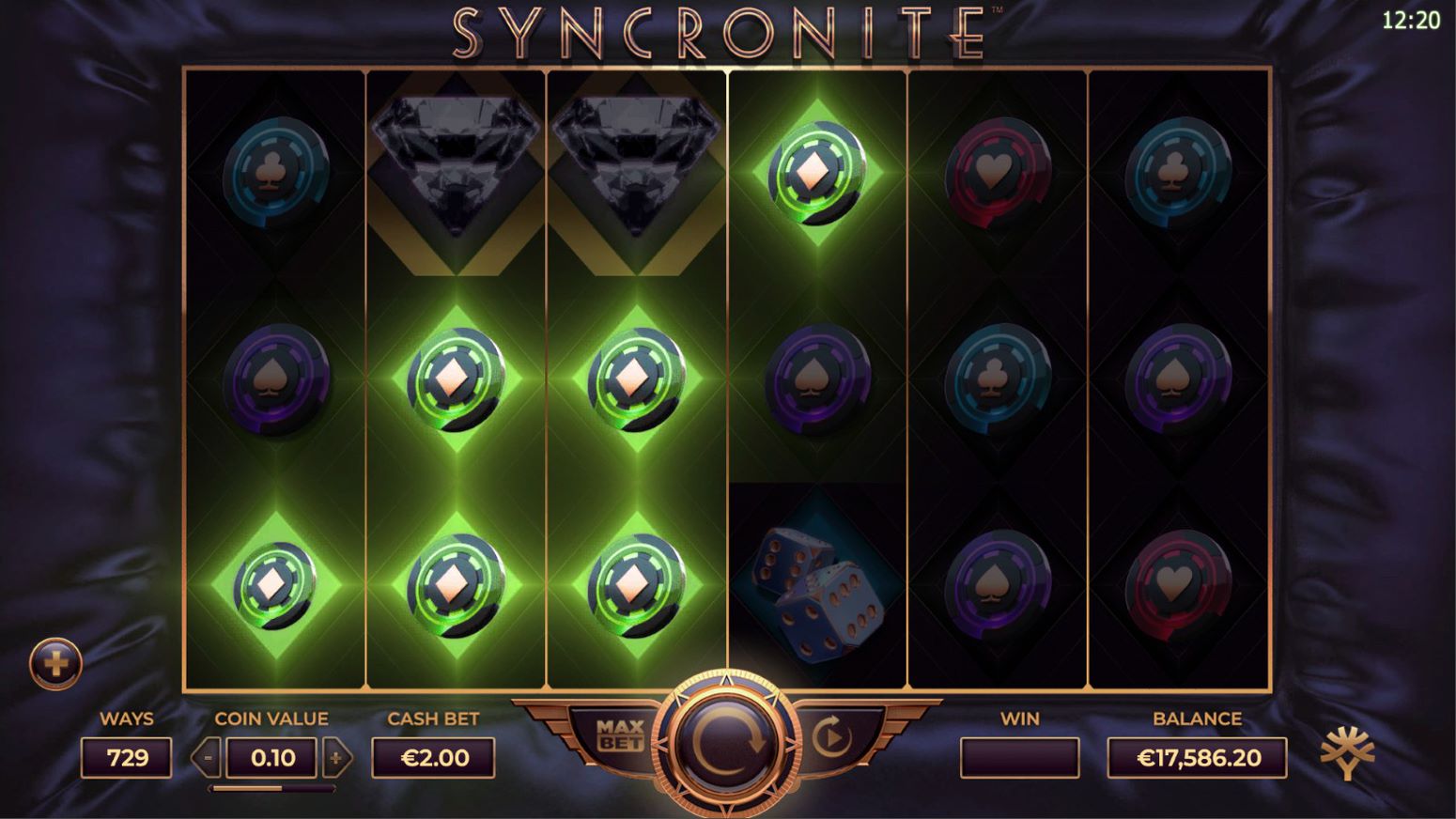 If all that splitting and syncing action didn’t convince you to come and join us here at PlayOJO, we’ve got some other news that just might sweeten the deal. OJO’s gifting all his newest pals that make their first deposit with us 50 Free Spins with absolutely no wagering requirement. Nice one, OJO!

The Syncronite slot is strong in the looks department too. The title features a classy, art deco style. The background is a luxurious shade of dark blue and symbols take the form of stylised representations of typical casino imagery – dice, chips, diamonds, cherries, and so on. Completing the feel is a seriously funky soundtrack that has already had OJO jiving once or twice!

With a maximum pay-out of 64,000x the bet on a single spin, the title’s top prize alone makes it well worth a play. Meanwhile, Yggdrasil says the Syncronite slot RTP rating is 96% and that the game is a fairly volatile one when compared to other online slots.

The action takes places across six reels and three rows of symbols, creating 729 ways to win. That is until symbols start splitting. The maximum possible ways to win if all six reels are split as many times as possible is an impressive 21,168! 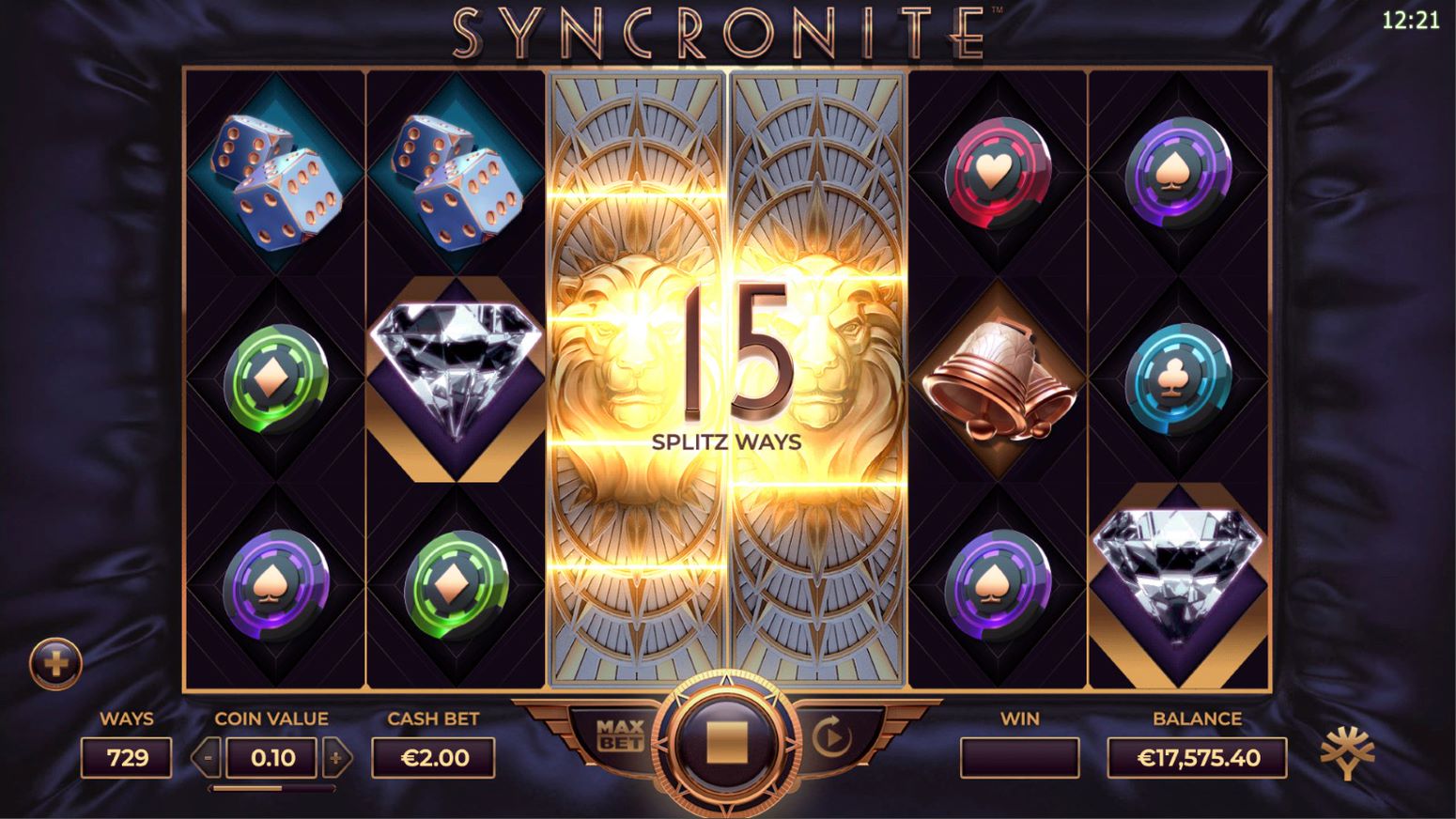 If you’re wanting to speed the action up, you can do so with the Auto Play function on the Syncronite online slot. Whilst it’s ideal for those of you that like to sit back and let the slot do the work, we must insist that you use it with caution. Always play responsibly!

Split and Sync Reels on the Syncronite Slot!

On every single spin, at least two adjacent reels sync up to display the same symbols. If you get really lucky, all six reels will spin in unison for potentially huge pay-outs. That should just about make up for the lack of Syncronite slot Free Spins mode!

The Syncronite online slot is part of Yggdrasil’s Splitz series of games. The Splitz feature can divide symbols into as many as eight identical symbols. Whilst this can make for some massive winning combinations, it’s worth noting that the Splitz Symbols will only land on Synced Reels.

You can bet between 10p and £20 per spin on the Syncronite online slot. Just use the Plus and Minus options to the bottom of the reels to toggle through the various stakes available. 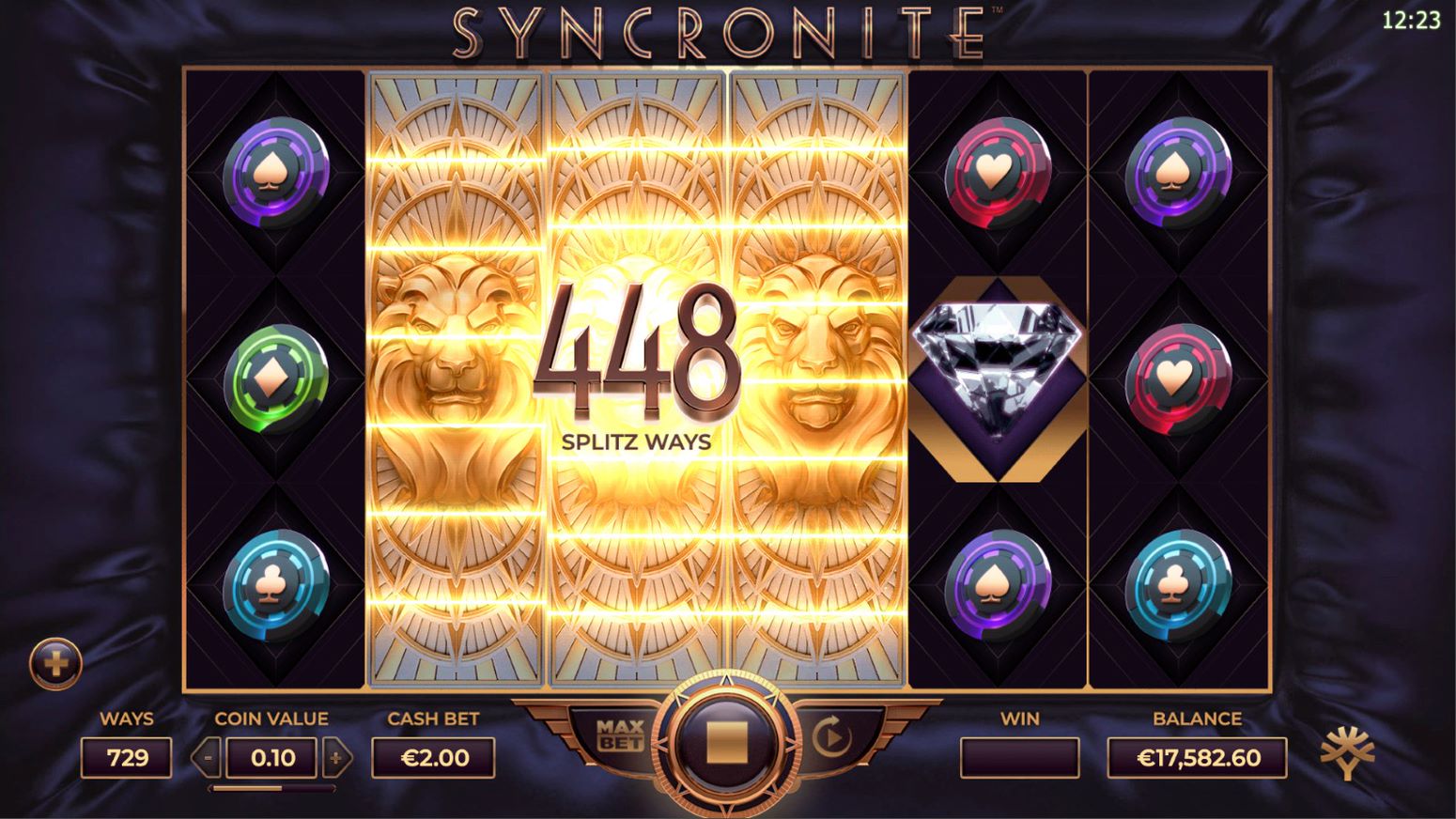 Some of you might not want to dive right in and play the Syncronite slot game for real and that’s fine too. We provide free to play versions of many slots so that you can get a feel for the action without risking real money. Just load up the Syncronite slot demo to see if you like the title.

The Syncronite slot machine is classy looking game with some innovative, and potentially lucrative, special features. It’s one thing when the reels sync up but when symbols on them split too, the prizes can get absolutely massive!

If OJO’s glowing review has you intrigued, you can play Yggdrasil’s Syncronite slot in the UK right here at PlayOJO!

Twin Spin Megaways by Netent. If Syncronite whet your appetite for synced reels, we highly recommend you check out this one. You’ll not only be looking out for matching reels but cascading symbols, a Free Spins Feature, and Multiplier Wilds. Similarly inspired by classic casino imagery, as far as features go, Twin Spins Megaways boasts a lot!