Hey there, amigos. Today, we’ve something a little different to show you. It’s called Super Bar-X Pull and it’s a digital take on a kind of scratch card. It might not have the same dynamic features as some modern online casino games but we think it’ll impress those players wanting to enjoy a simpler gambling experience! 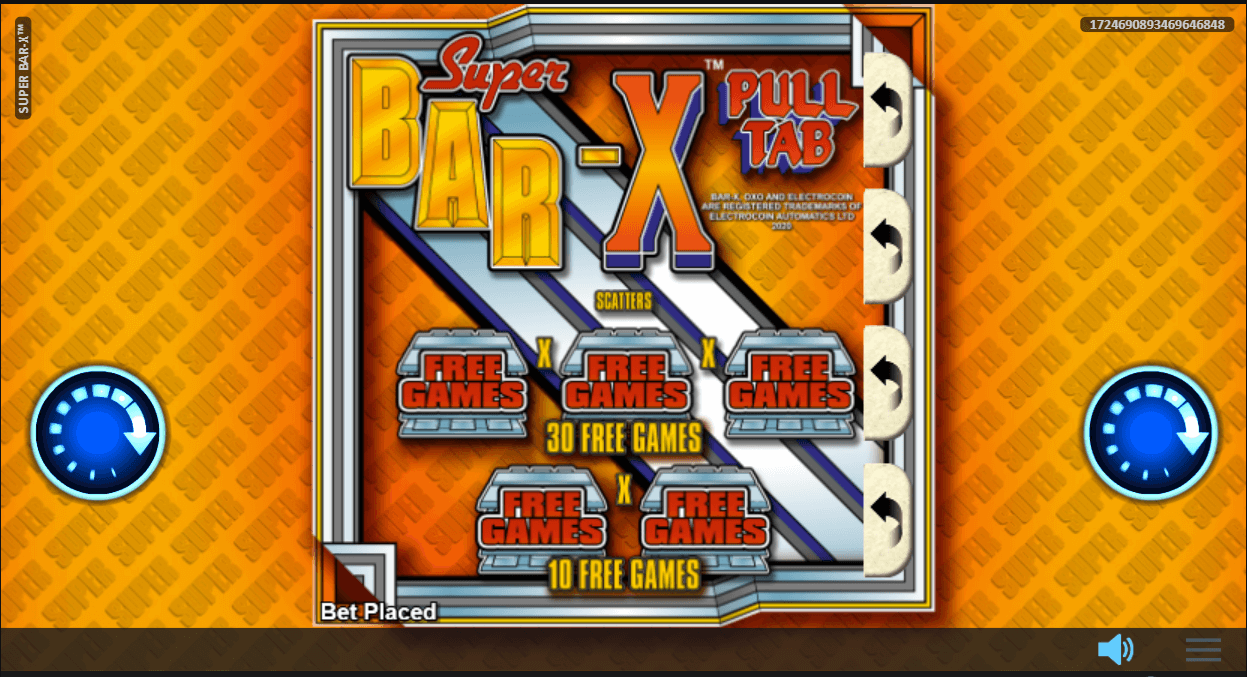 If this quirky hybrid of an online slot and a virtual scratch card didn’t persuade you to join us here at PlayOJO yet, we’ve some other exciting news that might just seal the deal. OJO’s offering all new players that sign up and make a deposit a massive 50 Free Spins. The very best part is there’s no wagering requirement on winnings!

The Super Bar-X Pull game itself looks a lot like a scratch card. The default screen is the game logo with details of the one and only special feature (more on that below). There are options to select how many stickers you pull back and either side of the card are Reveal buttons.

Super Bar-X Pull uses typical gambling imagery to complement its classic vibe. There are Bar Symbols, higher value Golden Bar Symbols, Watermelons, Lucky Number Sevens, Cherries, and X’s. There is also a Wild Symbol that will substitute for any other paying symbol.

Realistic Games’ Super Bar-X Pull slot game isn’t really a slot at all. Rather than the reels you’d typically find on popular online slots, you’ll find single win lines hidden behind stickers. All you do to play the title is pull them back to reveal if you’ve won.

Realistic Games says the Super Bar-X Pull RTP rating is 96.45%. Meanwhile, you can win a maximum of 100x the line bet on a single game.

If pulling back a virtual strip of cardboard to reveal your winnings sounds like too much effort, you can always play Super Bar-X Pull using the title’s Auto Play function. Just be careful if you do and always make sure you play responsibly!

Since there are no reels to spin, there aren’t really Super Bar-X Pull Free Spins. However, there is something pretty similar! 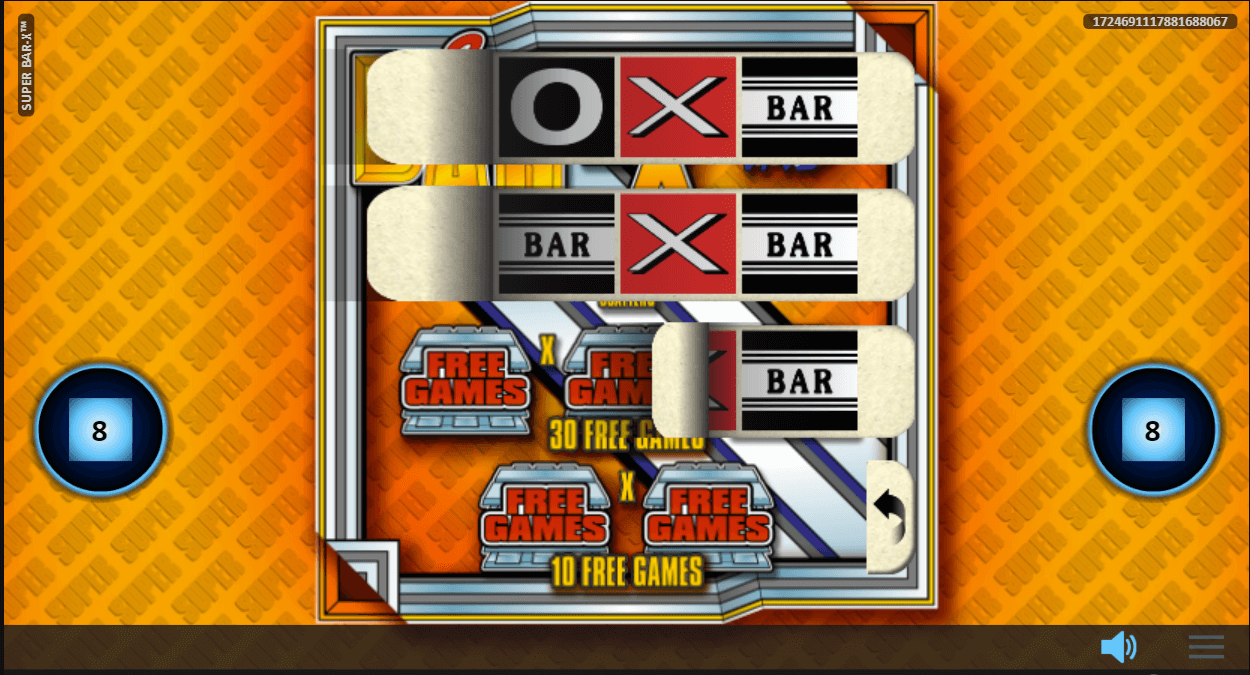 Only the greatest number of Free Games triggered is awarded. However, you’ll receive any pay-outs from other winning combinations as well.

Bets on Super Bar-X range between 10p and £100. You can either spread your stake out across all four lines or gamble it all on any single line too! 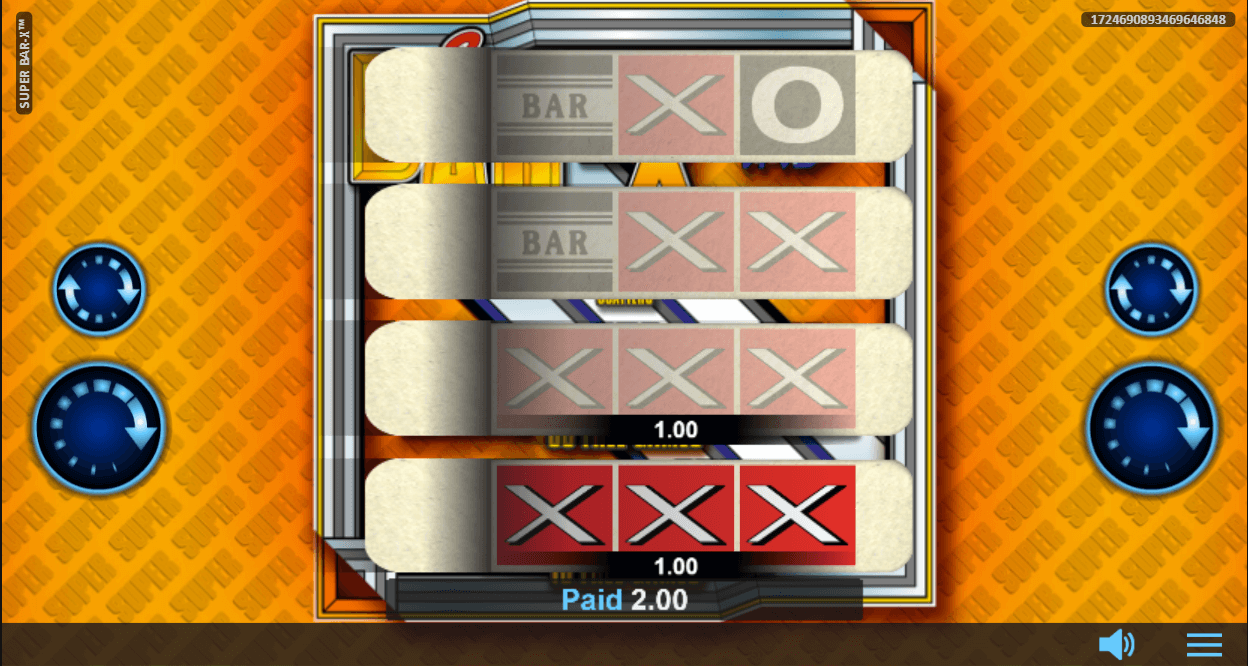 If you’re not ready to play the game for real right away, that’s not a problem. OJO provides free-to-play versions of many of his online casino games. Just load up the Super Bar-X online slot demo to sample the action without risking your own money.

The Super Bar-X Pull slot machine might be incredibly simple compared to many of the games PlayOJO hosts but we know that some punters don’t care for the showiness of modern video slots. For these players, the stripped back, scratch card-inspired gameplay of Super Bar-X might be just perfect. There’s not a great deal to it but, perhaps, that’s exactly where the charm lies!

Of course, you could always see for yourself. Just load up the game to play Super Bar-X in the UK here at PlayOJO today!

Bar X Magic 7 by Realistic Games. Like Super Bar-X Pull this is another blast from the past. However, it actually is a slot machine this time. The title was heavily inspired by the fruit machines of old. Whilst it might be lacking in terms of special features, it does have authentic Nudge and Hold buttons.

To be honest, it’s just like taking a punt on a one-armed bandit in your local boozer, only you can do it from your couch!