Hey there, OJOers. Are you ready to lose yourself in another Ancient Greek odyssey here at PlayOJO? Relax Gaming’s Maze Escape Megaways slot game draws on classic mythology to deliver a feature-rich, creative online slot experience. With the guidance of the goddess Athena, we’ll be on the lookout for Free Spins and epic top prizes. Just beware of that Wild Minotaur! 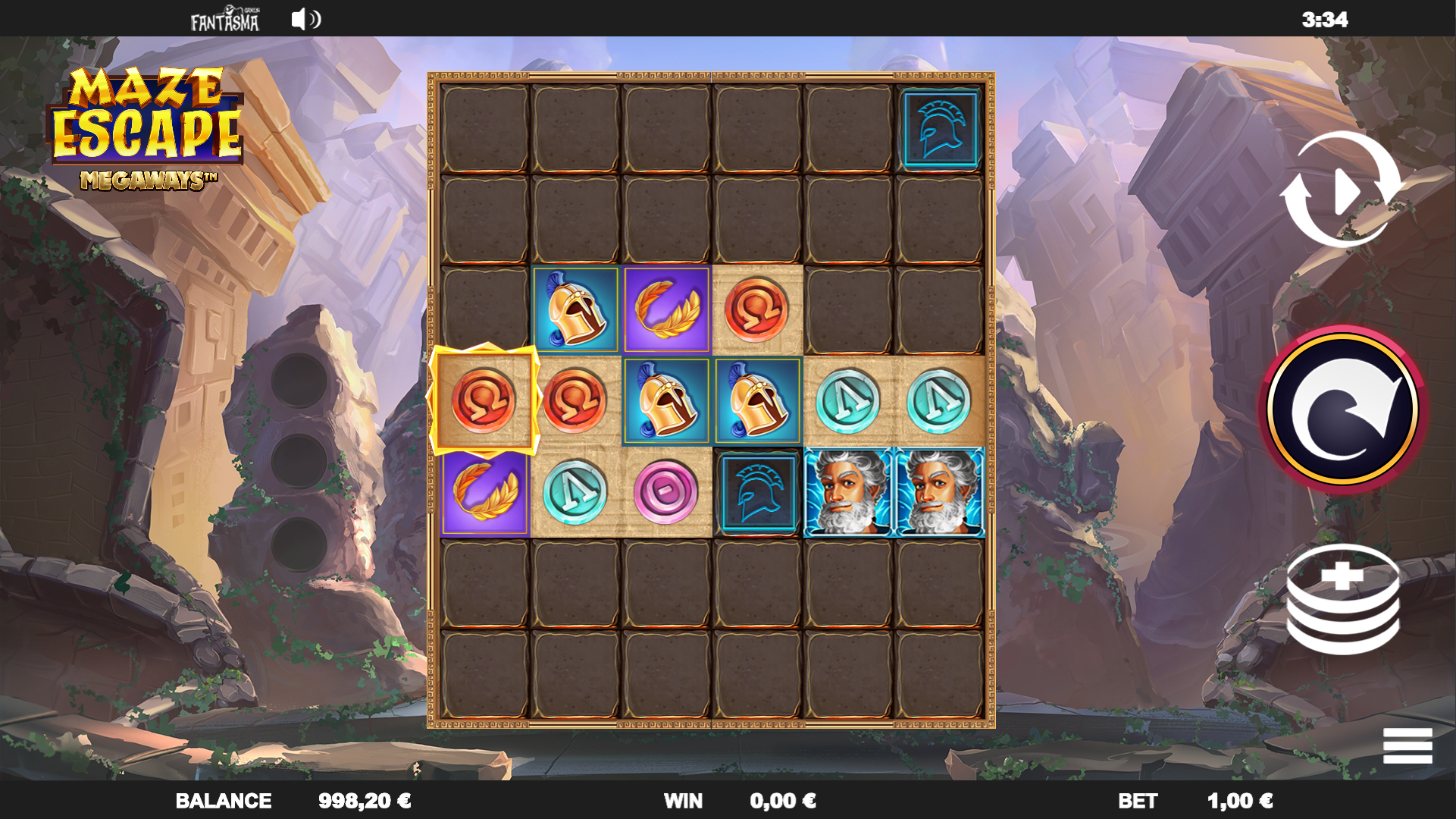 If searching out riches in the passageways of the minotaur’s maze didn’t tempt you to join us, OJO has another treat that just might. He’s offering all his pals signing up and making their first deposit 50 Free Spins with absolutely no wagering. Nice!

We find ourselves trapped within a labyrinth on the Maze Escape Megaways slot. The base game background is the ruined island of Crete on which the maze housing the ferocious Minotaur is found. Meanwhile, the Free Spins feature overlooks the winding passageways themselves. 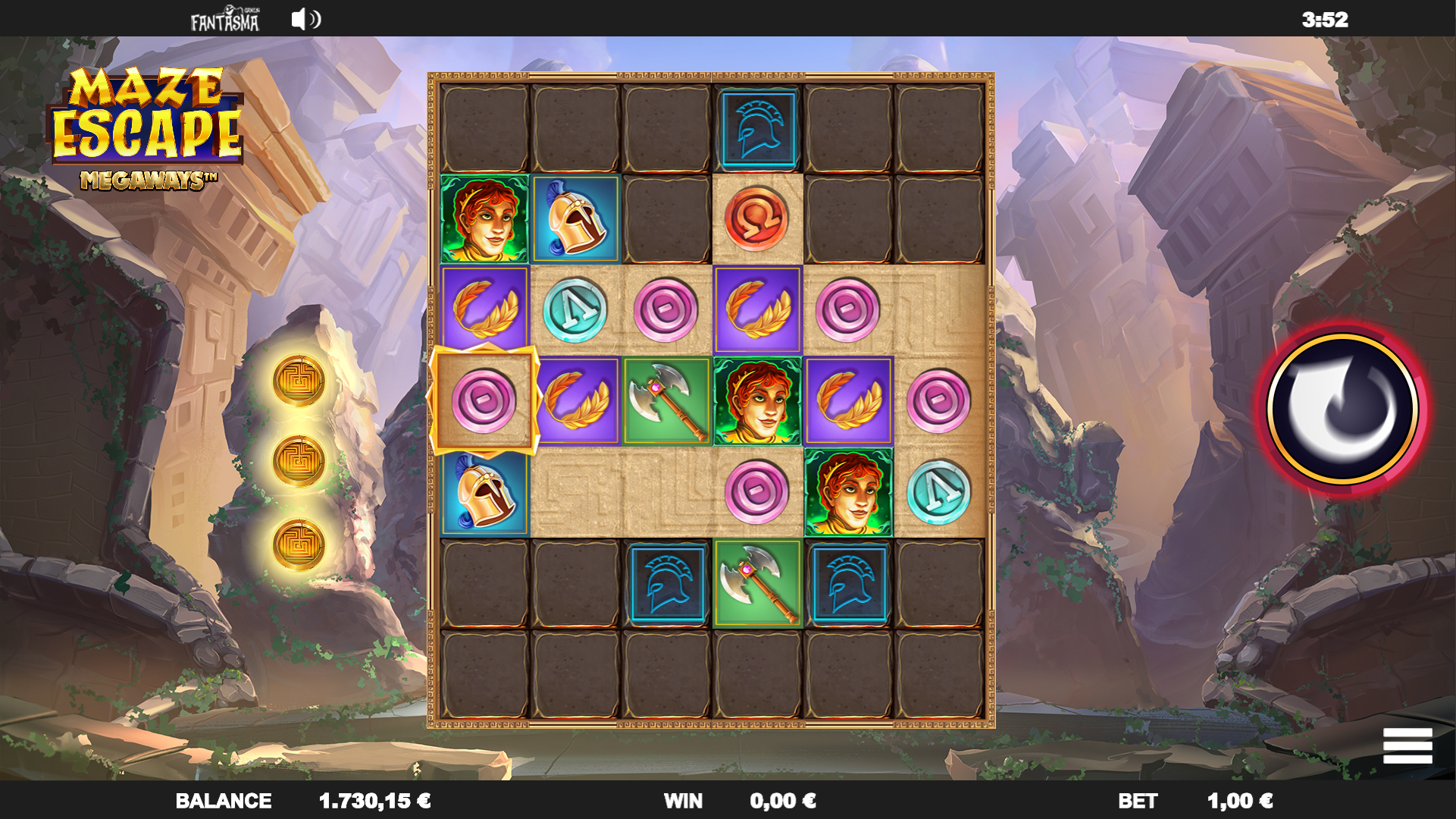 The reels have symbols typical of Greek Mythology. Higher paying symbols are represented by traditional helmets, characters from legendary tales, weapons, and crowns. Meanwhile, lower value symbols take the form of characters from the Ancient Greek alphabet. Completing the decidedly heroic vibe is a rousing soundtrack that really adds to the overall atmosphere.

While the Megaways reel dynamic is a staple on many online casino games these days, Relax Gaming has added a thematically-relevant twist to it. Blocker symbols form the passageways of the maze on the six by seven symbol reel set. Between the blocker symbol walls, paying symbols land. Matching them on consecutive reels awards cash prizes.

Thanks to the ever-changing number of paying symbols landing, the title offers players between 64 and 117,649 ways to win. Meanwhile, Relax Gaming says the Maze Escape Megaways slot RTP rating is 96.15%.

There’s a pretty epic top prize of up to 25,000x your bet for those who escape the maze in one piece. Maze Escape Megaways is also considered a highly volatile game when compared to other online slots. 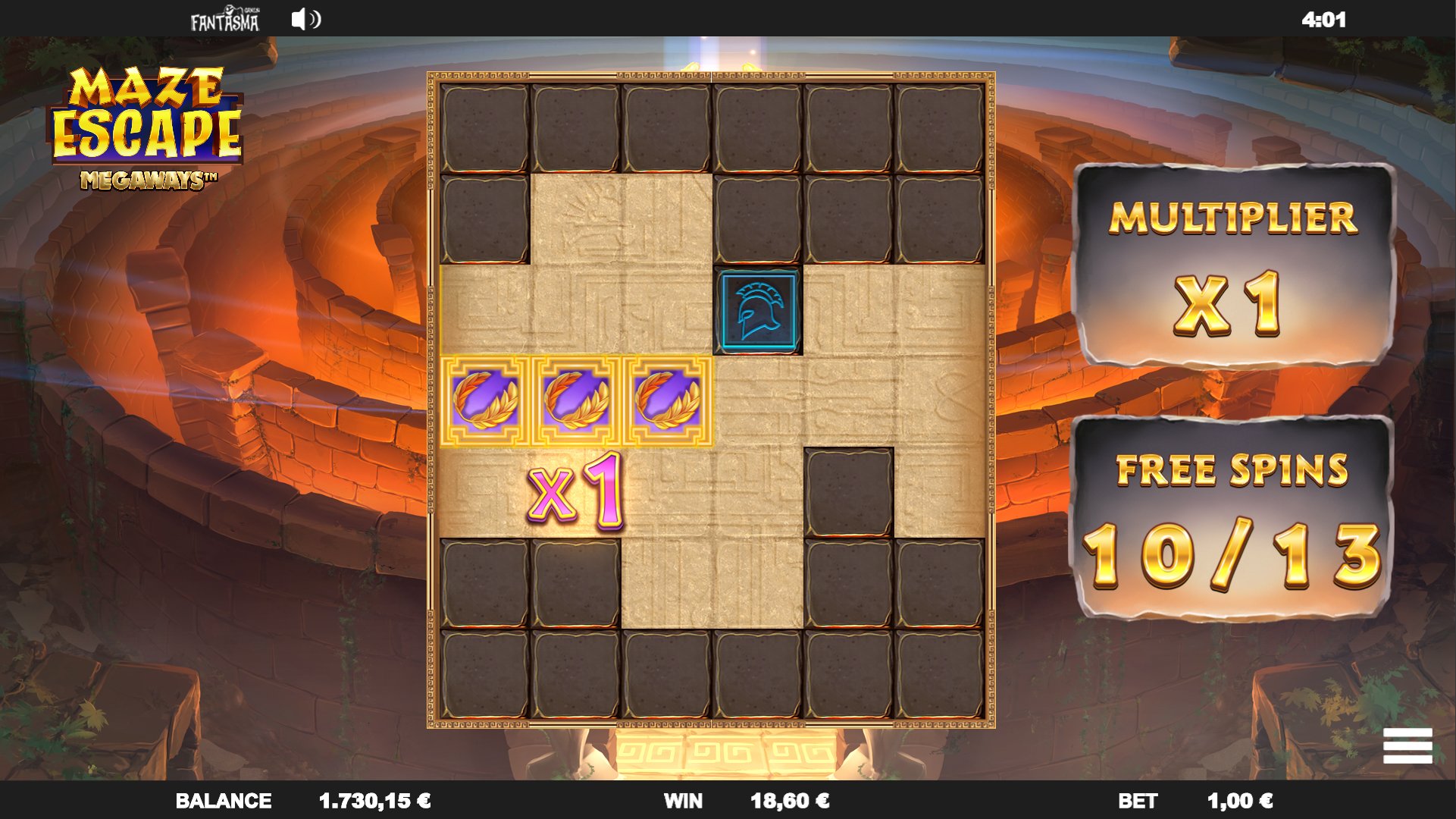 Like many titles, the Maze Escape Megaways slot machine features an Auto Play function. It’ll certainly help speed your quest through the labyrinthine passageways. Just make sure you don’t get carried away and keep an eye on your bankroll. Always remember to play responsibly!

Relax Gaming gives the Megaways reel dynamic a unique twist on the Maze Escape Megaways online slot. If you manage to form a winning combination starting from the special golden reel position, you’ll trigger a Respin. You advance through the maze (the reels shift to the left) with winning symbols forming a straight path. Two random blocker symbols also explode before a Symbol Avalanche drops new potential winning combinations into view.

During the Shifting Maze Avalanche, you might unlock one of two different features. The first is called Guidance of Athena. You’ll trigger it by unlocking the Athena Blocker Symbol. Up to four Path Symbols will be placed in empty positions prior to the next Symbol Avalanche.

The Minotaur Wild feature is triggered by unlocking the Minotaur Blocker Symbol. The unlocked Minotaur Symbol changes into an enormous Minotaur Wild Stack. Not only is the beast Wild but it also comes with a Win Multiplier between 1x and 7x.

If you manage to land three Scatter Symbols anywhere on the reels, you’ll trigger the Maze Escape Megaways Free Spins mode. During the feature, any win will activate the Shifting Maze Avalanche. An additional Blocker Symbol can appear during Free Spins too. The Labyrinth Blocker will add either extra Free Spins or a Win Multiplier when it’s unlocked.

Total stake sizes range between 20p and £40 on the Maze Escape Megaways online slot. Just use the casino chips to the right of the reels to select your bet size. 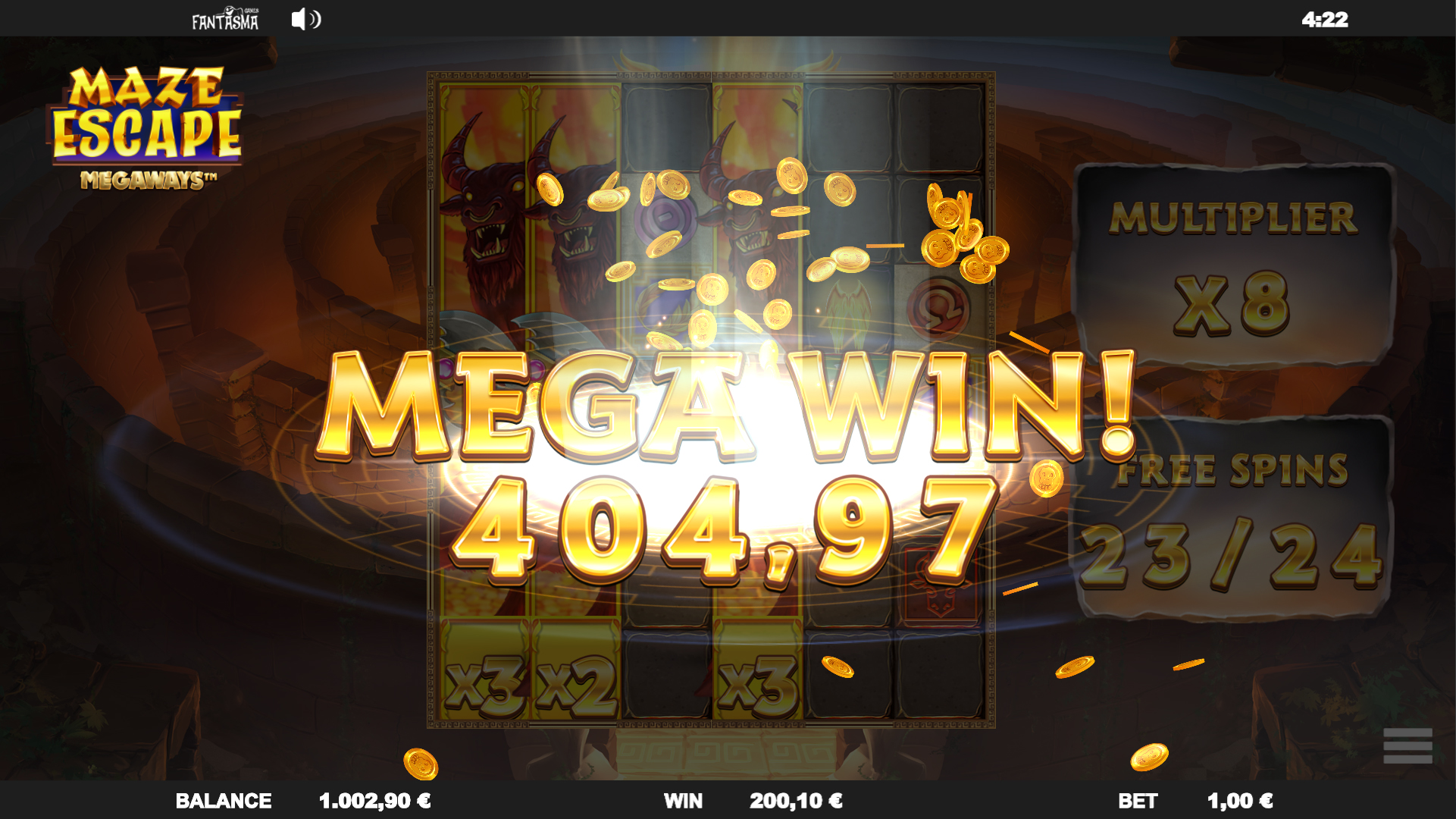 Whilst many of you will want to dive right in and play for real, some might like to try out the action without risking their own money first. If that’s you, just load up the Maze Escape Megaways slot demo and take a few spins for free.

Relax Gaming’s Maze Escape Megaways slot’s unique take on the Megaways reel dynamic gives a real sense of travelling through the minotaur’s labyrinth. Add a load of special features to the mix and you’ve all the makings of a truly epic title. Oh, and the maximum top prize of 25,000x the bet is pretty heroic too!

You can see just why OJO loves the title when you play the Maze Escape Megaways slot in the UK here at PlayOJO.

Spartacus Megaways by WMS. As the name suggests, this one’s another Ancient Greek adventure with the Megaways real dynamic. We particularly liked how the reel depth varies as the combatants slash away at the curtain obscuring the reel set. Free Spins and a tasty top prize complete the package perfectly.