Hey there, OJOers! Today, we’re getting all tropical on a slot that really brings the heat. Yggdrasil’s Hyper Burst slot takes place on a faraway volcanic island. It features a Respin dynamic with increasing multiplier (up to 10x), colossal paying symbols, and a sizzling maximum pay-out. OJO’s been literally erupting with excitement waiting to tell you all about it! 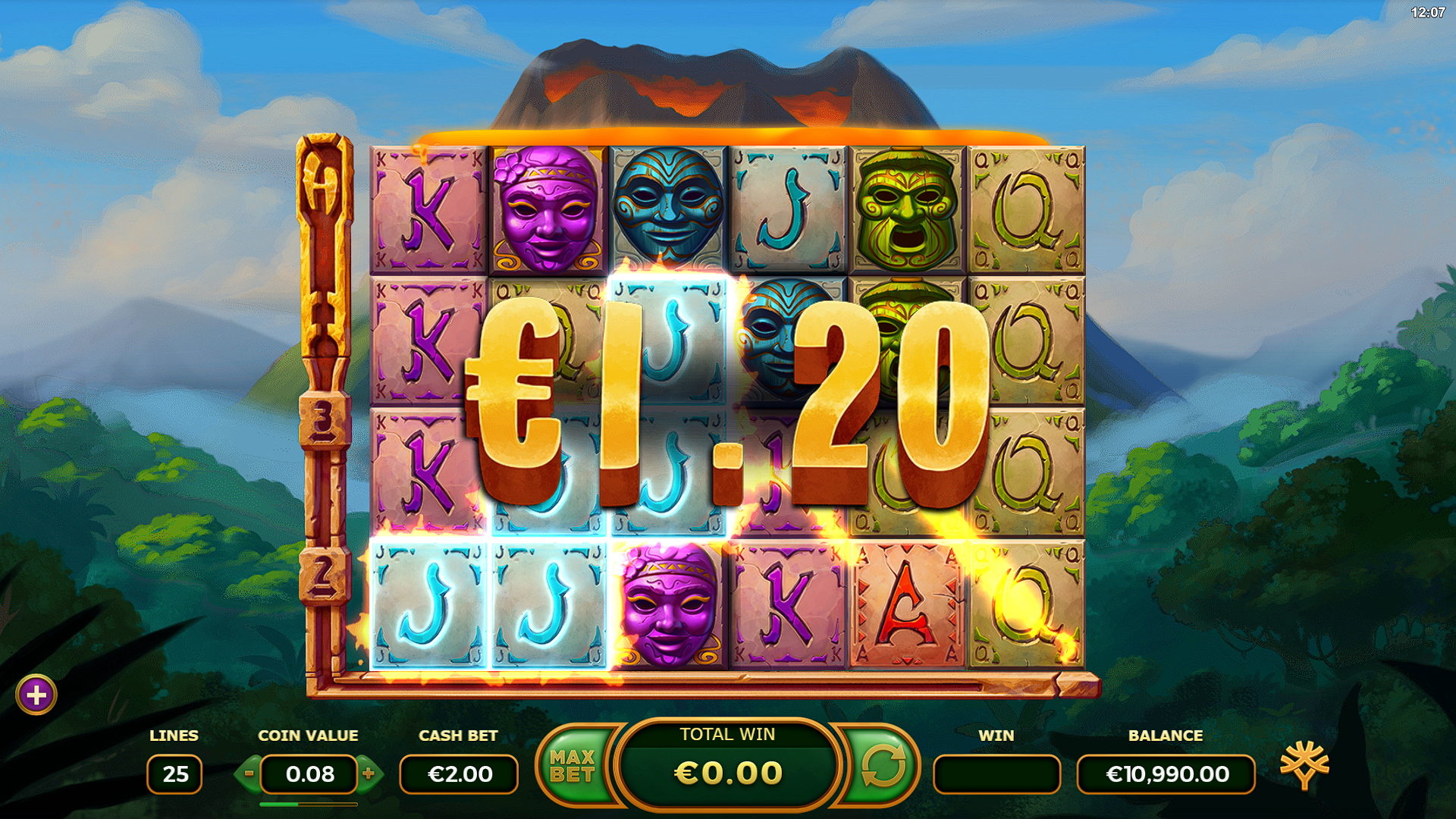 This island adventure is well worth getting hot and bothered over. However, for those of you needing something else to raise the temperature, OJO’s got another treat up his sleeve. He’s offering all his newest pals that make their first ever deposit a total of 50 Free Spins with no wagering requirement. Nice!

Hyper Burst Slot: How it Looks

The backdrop for the reels on Yggdrasil’s Hyper Burst slot game is a looming volcano. The glow of lava in its crater suggests that it’s far from dormant!

The symbols themselves take the form of ceremonial masks and, as it’s common on many slots games online these days, the highest value playing cards. Complementing the overall theme is title’s soundtrack of driving tribal rhythms!

You can hope to win as much as 12,800x the total bet on the Hyper Burst online slot. Meanwhile, Yggdrasil says the Hyper Burst slot’s RTP rating is 96.02%. It’s also a highly volatile title compared with other online casino games. 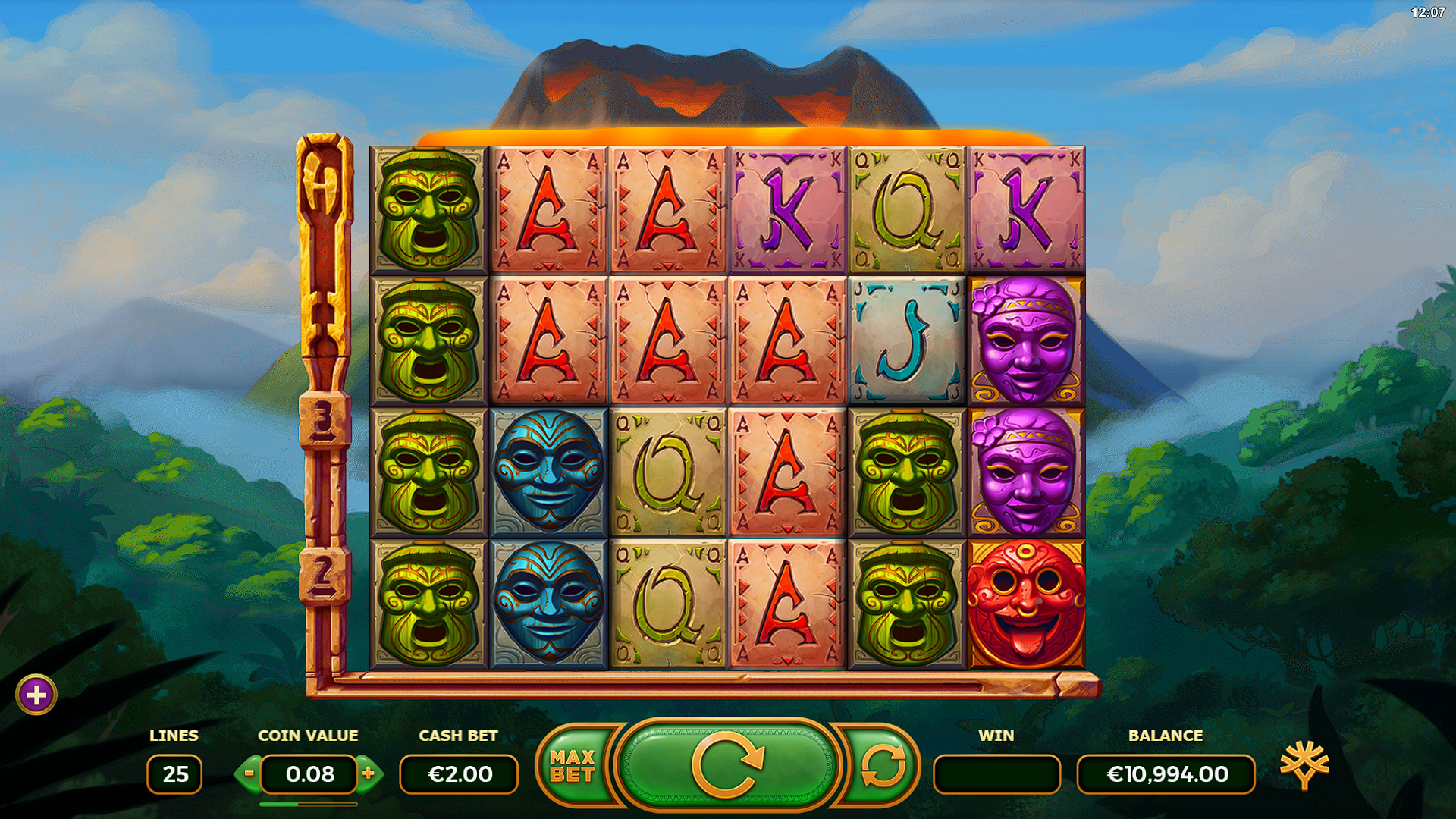 The game’s action takes place on a six by four reel set. The reel layout creates a total of 25 fixed win lines along which you must match symbols. Land three or more on a win line and you’ll receive a pay-out.

The title also features a handy Auto Play function. This allows players to get through loads more spins on the Hyper Burst online slot than they could if playing the game manually. However, it’s important to use the feature with caution and always remember to play responsibly.

Unfortunately, there is no Hyper Burst Free Spins feature. However, the title’s Hyper Respin mode provides a worthy substitute.

Forming any winning combination triggers the Hyper Respin feature. The reels will spin for a second time where two of the middle four reels merge to become one massive lava reel. Every consecutive winning combination triggers another Respin, for which the lava reel grows by a reel every time. When it reaches four reels wide, Hyper Mode is activated! 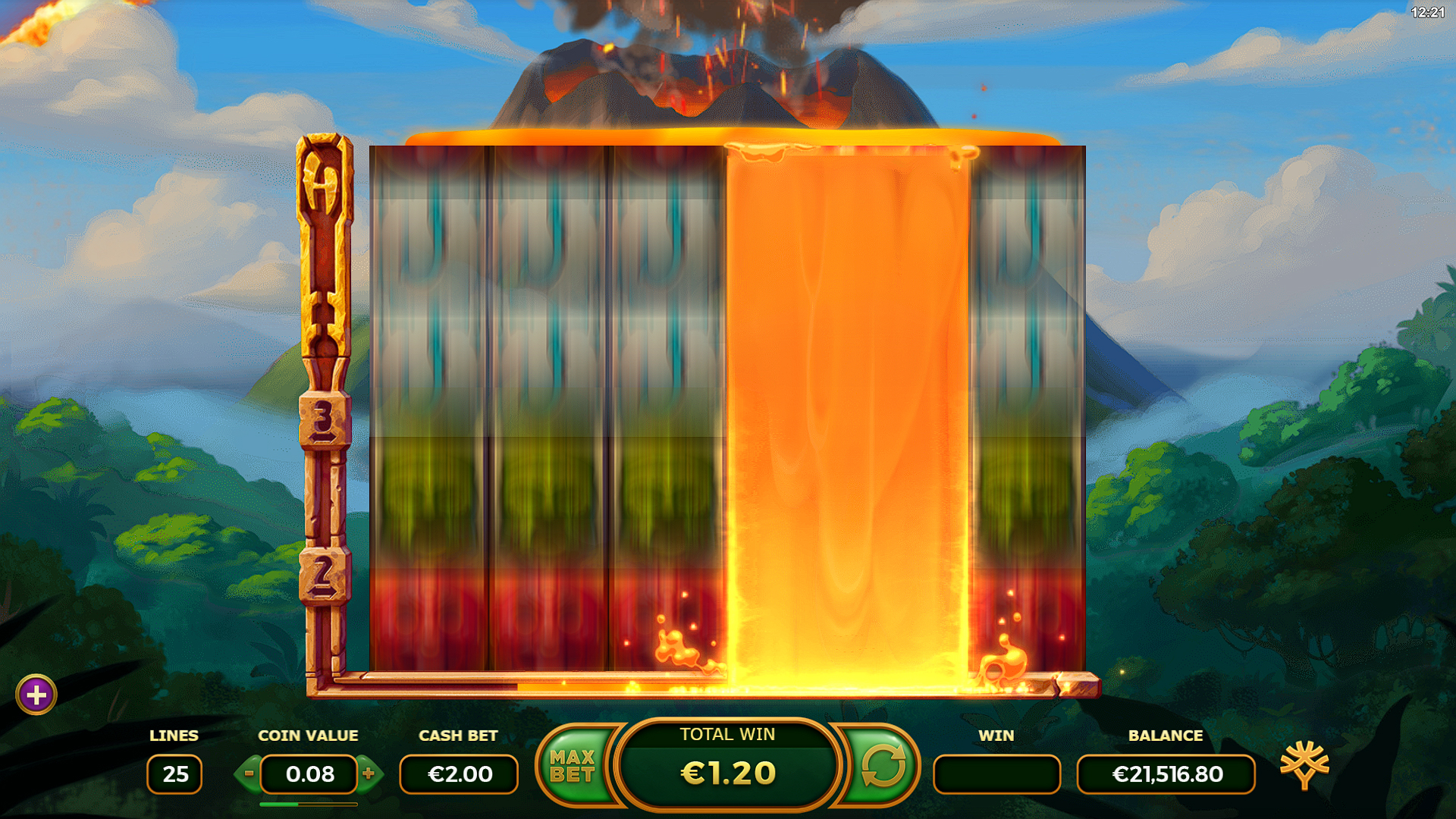 Hyper Mode begins with a 2x multiplier. Each consecutive win triggers another Respin and the multiplier increases. The maximum multiplier is a tasty 10x!

The maximum and minimum stake size on the Hyper Burst online slot is 10p and £100 respectively. Just use the Plus and Minus buttons at the bottom of the reels to toggle through the various total bet amounts. 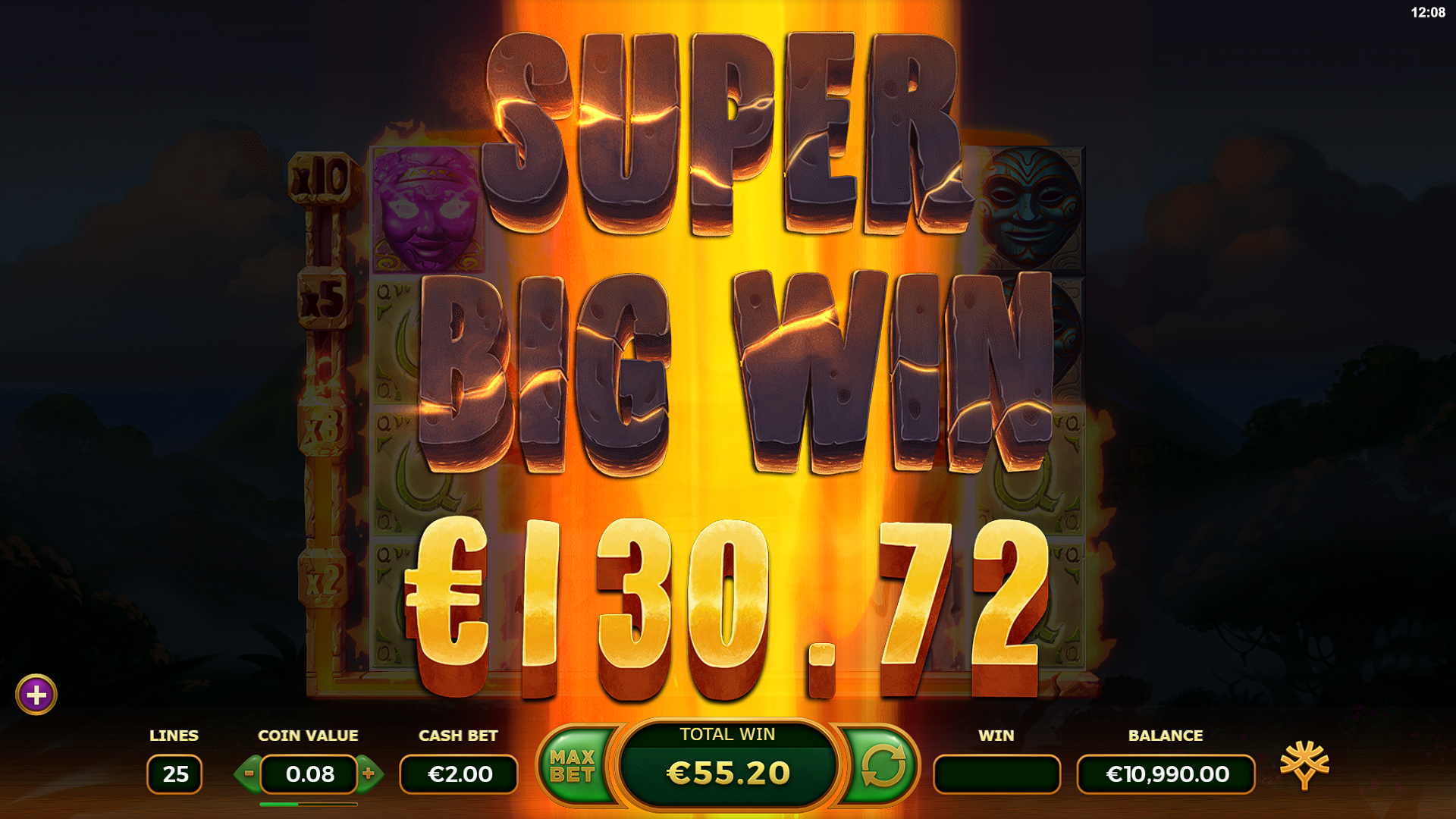 Of course, some of you lot might not want turn up the heat right away and that’s fine too. If you’d like to try the title out before you bet your own money, just load up the Hyper Burst slot demo to test the action out first.

Even though it only has one special feature, the Hyper Burst slot machine is still well worth a punt. The increasing multipliers, colossal symbols, and potentially endless Respins make for a lot of excitement. The title also has a pretty sizzling top prize to boot!

You can find out exactly why OJO thinks that this one’s a real scorcher when you play the Hyper Burst slot in the UK here at PlayOJO.

Cash Eruption by IGT. Like the Hyper Burst slot game, this one also revolves around a volcano that’s ready to burst. Complete with Free Spins feature and the opportunity to win one of four different jackpots, Cash Eruption isn’t just a clever name either!