Hammer of Vulcan Slot: Join the God of Fire!

Hey there, OJOers. Today, we’re looking an online slot with a pretty unique theme that’s red hot in the feature department. Quickspin’s Hammer of Vulcan slot takes place deep within the ancient Sicilian volcano Mount Etna. We join Vulcan himself, the Roman god of fire, as he forges deadly weapons to a heavy metal soundtrack! 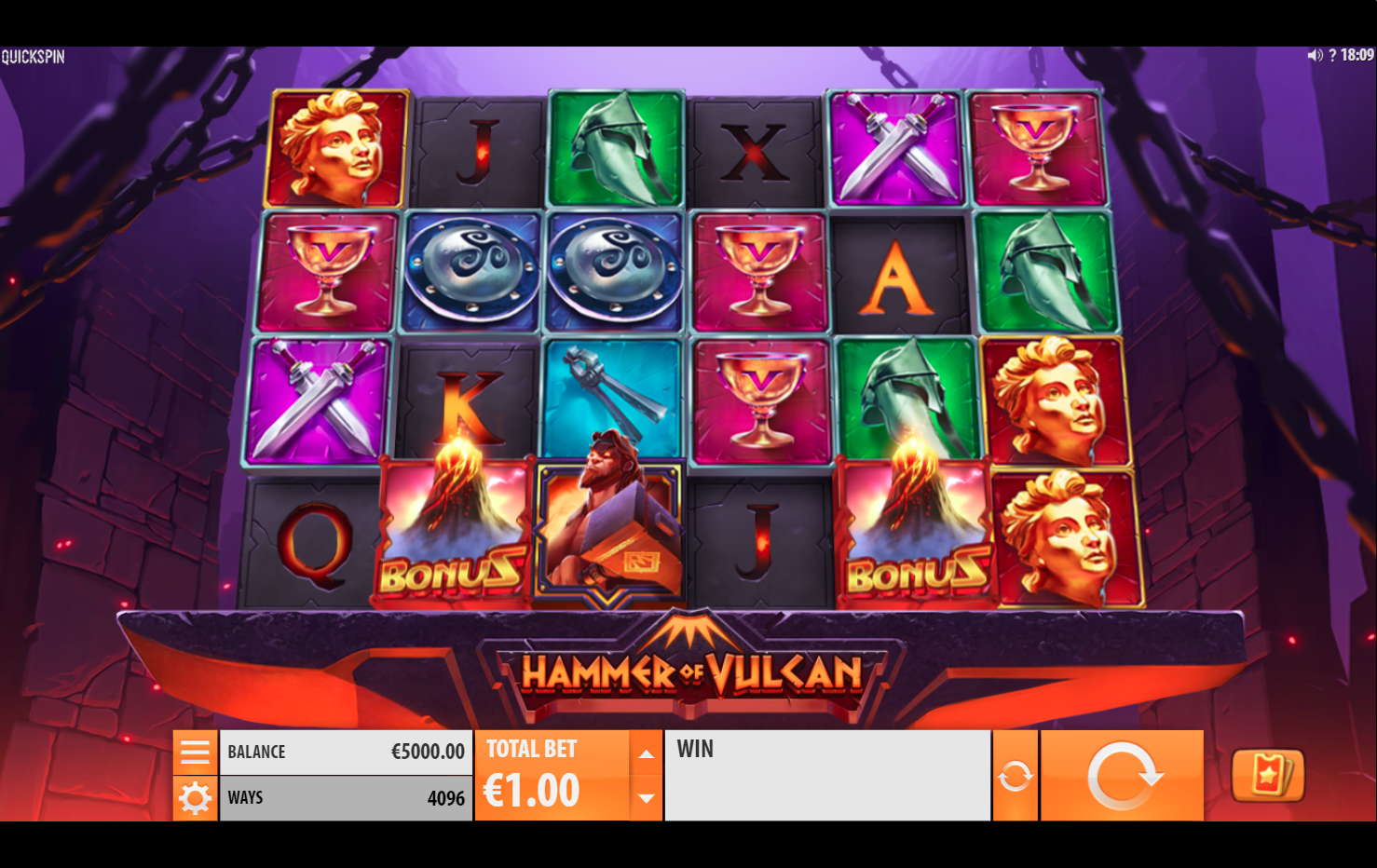 The subject matter and special features alone make the Hammer of Vulcan online slot a highly enjoyable title. However, they’re not the only things that OJO wants to show off. As a treat for his newest members, all first-time depositors will receive 50 Free Spins with no wagering requirement!

Since Vulcan is the star of the show here, you can expect the imagery to be that of an inferno. Scorching flames lick from the bottom of the screen and lava pours down from cracks in the volcano walls above.

The highest value symbols on the reels are the blades, shields, armour, and jewellery smithed by the deity in his smouldering lair. Meanwhile, lower value symbols are represented by face cards from a standard deck that glow red hot!

Quickspin says the Hammer of Vulcan slot RTP is 95.81% and that it’s a high volatility title compared with other online slots from the UK. Meanwhile, there’s a maximum possible win of 20,000x the total bet up for grabs. Talk about a godly top prize!

In terms of gameplay dynamics, the Hammer of Vulcan slot machine has six reels and four rows of symbols. These create a total of 4,096 ways to win. Landing three or more of the same symbols anywhere on consecutive reels triggers a pay-out. 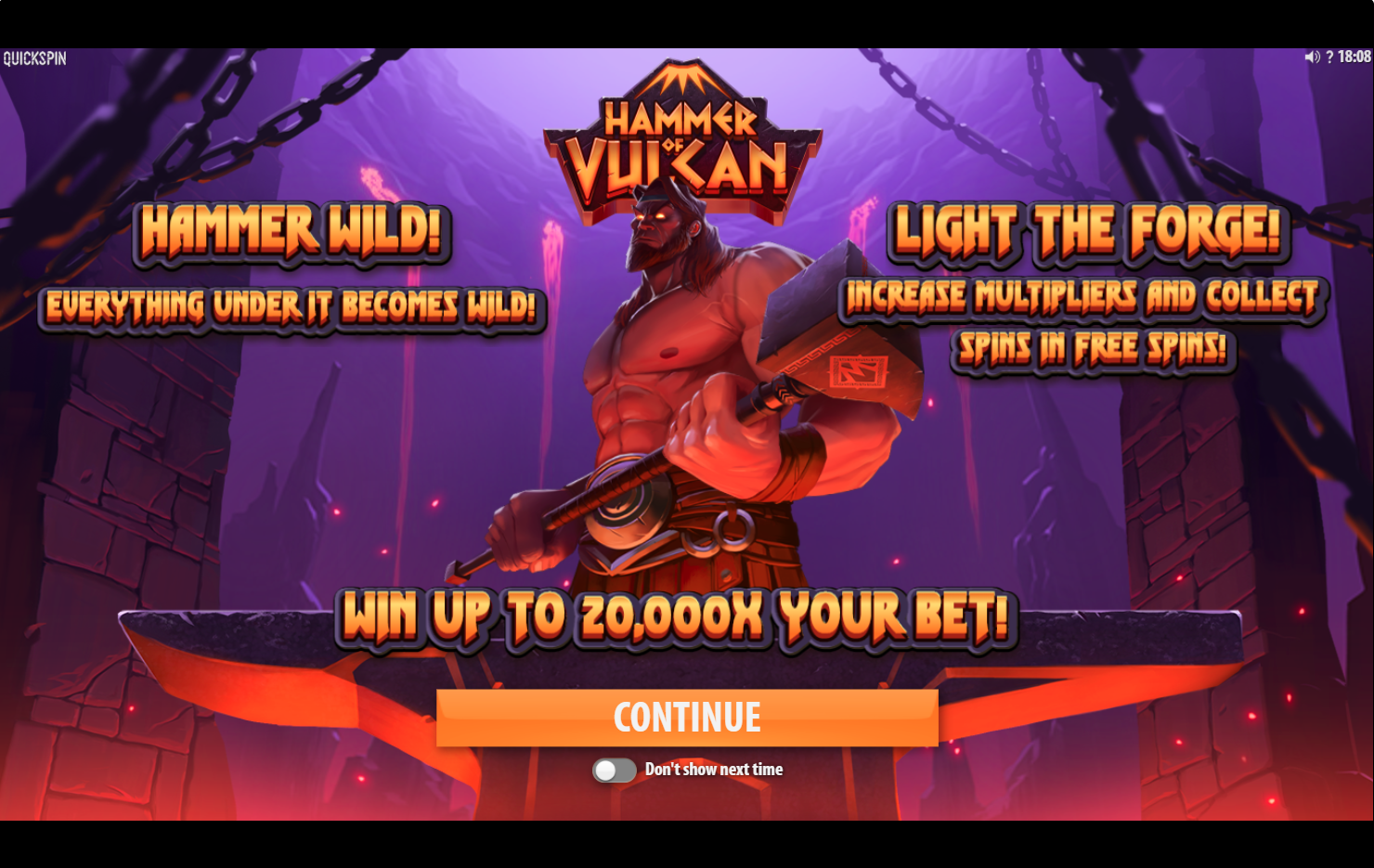 Like many other online casino games, the title also features an Auto Play function to speed the action up. It’s a handy addition for high volume players but just make sure to use it carefully. Always play responsibly!

Hammer of Vulcan: An Inferno of Features!

The Hammer Strike feature sees Vulcan smash his hammer down on the symbols below, turning them into Wild Symbols. The feature triggers anytime the Hammer Wild Symbol lands on rows one, two, or three. As we all know, extra Wilds usually mean extra pay-outs too!

The Hammer of Vulcan Free Spins feature is called Light the Forge! It starts up with a win multiplier of 1x but each Hammer Wild Symbol landing increases it by 1x. You can earn extra Free Spins too when Volcano Scatter Symbols land. The last Light the Forge! Free Spin will also repeat until a win is awarded, guaranteeing at least one pay-out! 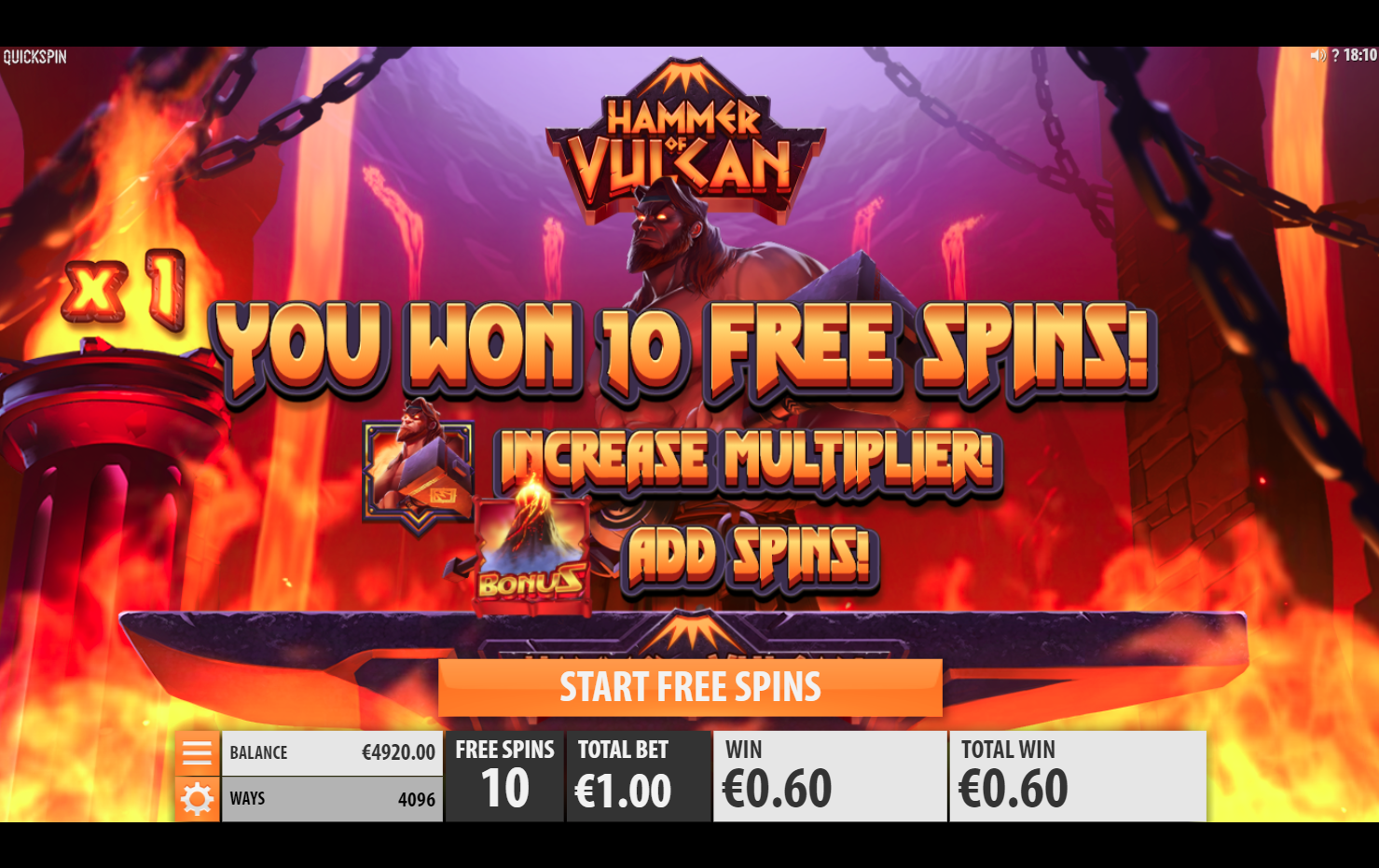 If you don’t want to wait around to trigger Free Spins in the normal way, you can also buy your way into the feature for 100x the bet amount. If you do choose to pay for it, Free Spins play as if they were triggered naturally.

Bets range between 10p and £100 on Quickspin’s Hammer of the Vulcan slot game. Just use the up and down arrows below the reels to toggle through the various increments available. 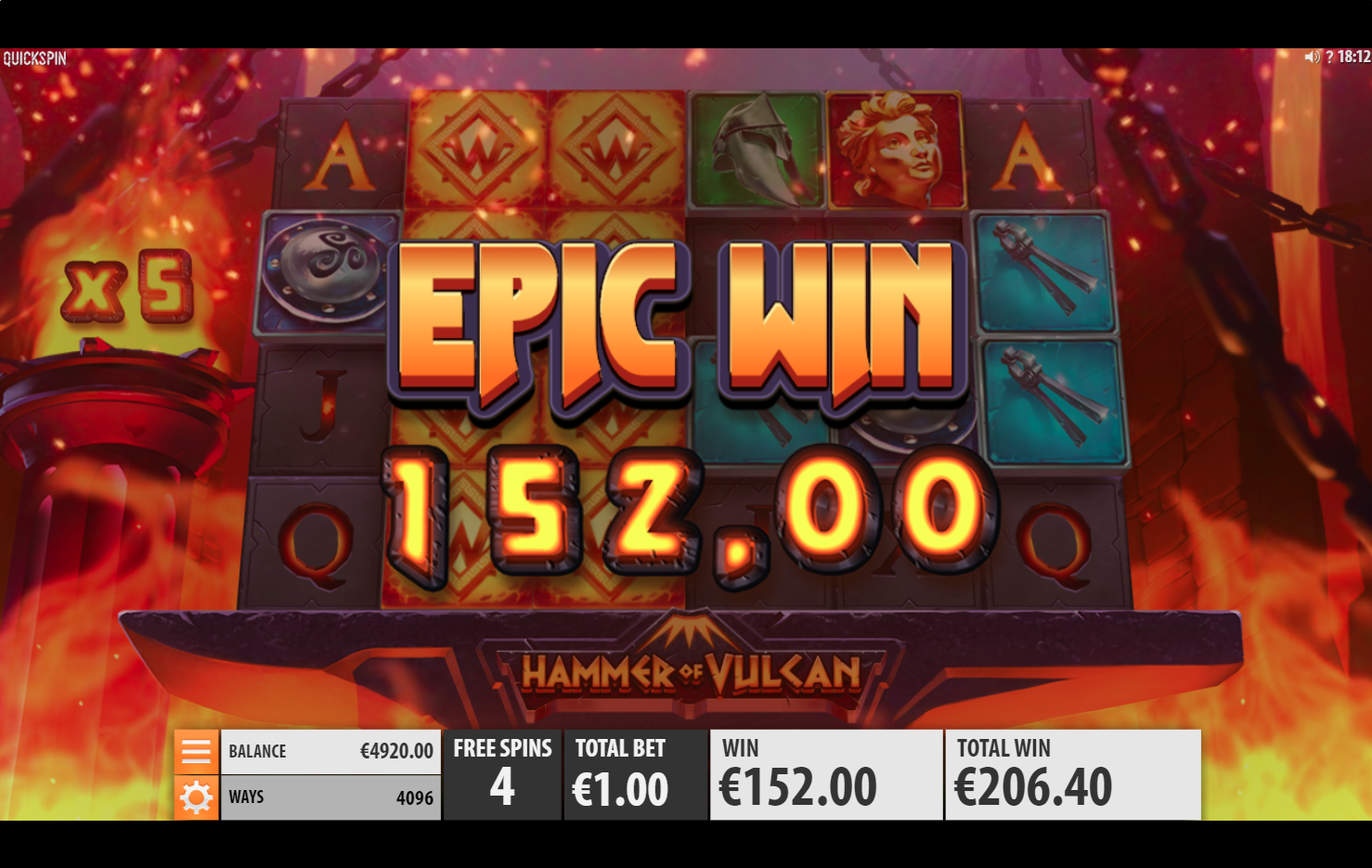 If you’re not ready to bet your own money right away, that’s fine too. OJO offers a Hammer of Vulcan slot demo so that you can try out the title for free first.

The marriage of mythology and heavy metal on Hammer of Vulcan is a unique but strong theme. OJO loves the title’s fiery artwork and how each of the features tie in so well with the overall theme.

If it sounds like a winner to you too, you can play the Hammer of Vulcan slot in the UK at PlayOJO today.

2 Gods: Zeus Versus Thor by Yggdrasil. Featuring the Dual Spin dynamic, this is another online slot in which creative gameplay dynamics help to make for a memorable and unique experience. Oh, and as the name suggests, it’s full of almighty deities from ancient civilisations too!