Greetings, OJOers. Today, we’re showcasing a suitably dark slot with positively wicked winning potential offered here at PlayOJO. The Hades: Gigablox online slot features Yggdrasil’s Gigablox dynamic. With its oversized symbols, the pay-outs can be truly beastly! There’s loads more to love about the sinister slot though, as you’re about to find out. 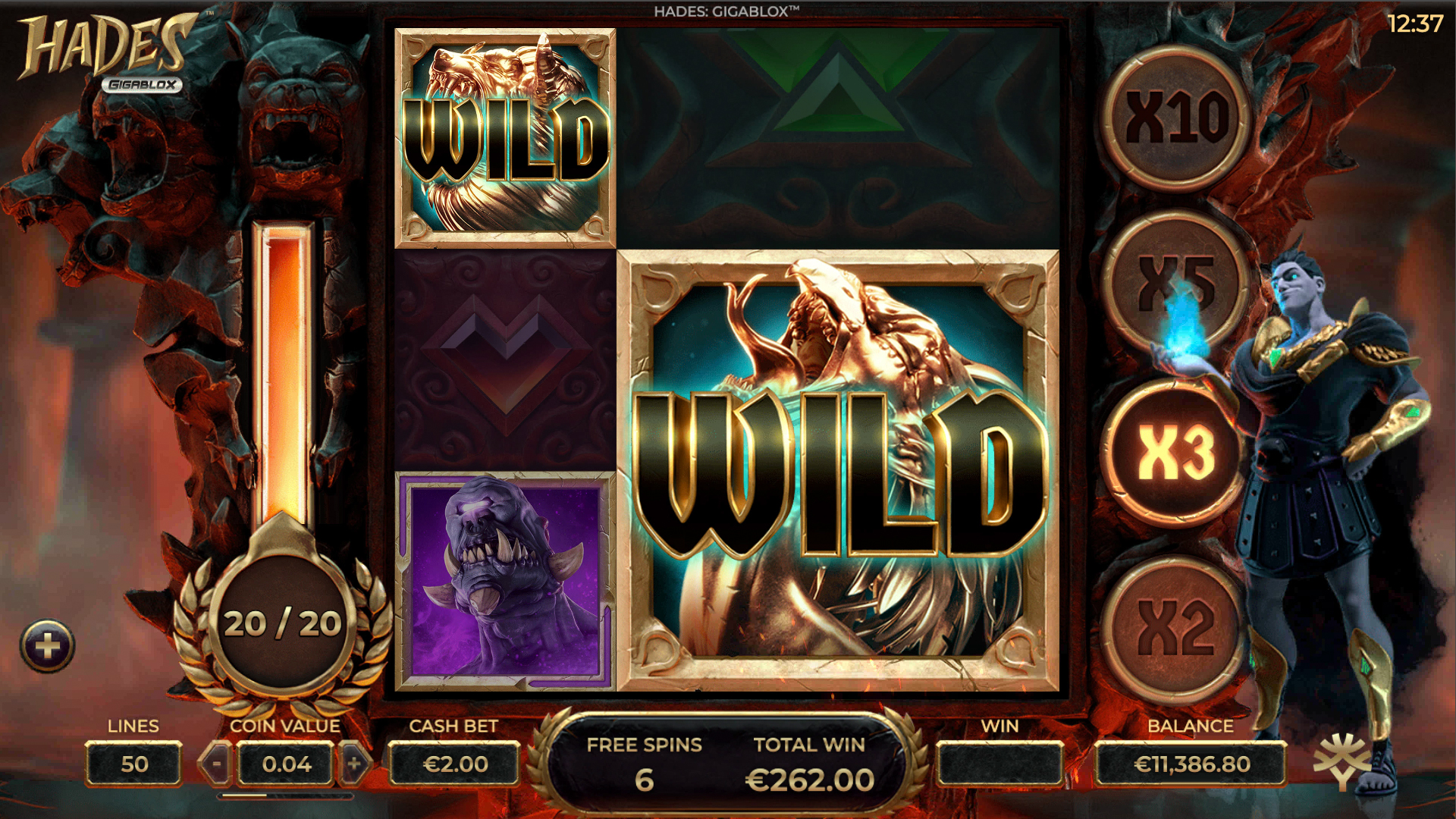 As thrilling as the action on the Hades: Gigablox slot is, it might not be enough to entice you into joining us at PlayOJO. Don’t worry though, it’s not the only perk of playing here. For one, we’ve loads more of the latest and greatest online casino games. Oh, and we’re also offering all new members who make their first deposit 50 Free Spins with absolutely no wagering – wicked, huh?

Hades: Gigablox Slot – How it Looks

The background to the Hades: Gigablox slot machine is, of course, the underworld where Hades himself rules supreme. The dark lord stands to the side of the reels, ready to influence the action with his black magic.

Adorning the decidedly evil looking reels are creatures from the abyss. The imagery, combined with a rocking soundtrack, make for a slot with a hell of a lot of atmosphere!

The top prize on the game is a devilish 11,129x the total bet. Yggdrasil says the Hades: Gigablox slot RTP rating is 96% and it’s a medium to high volatility title compared to other UK slots online.

The action takes place on a six by six reel set, comprising of 50 win lines. IF you manage to match three or more symbols along one of the win lines, you’ll drop a prize. 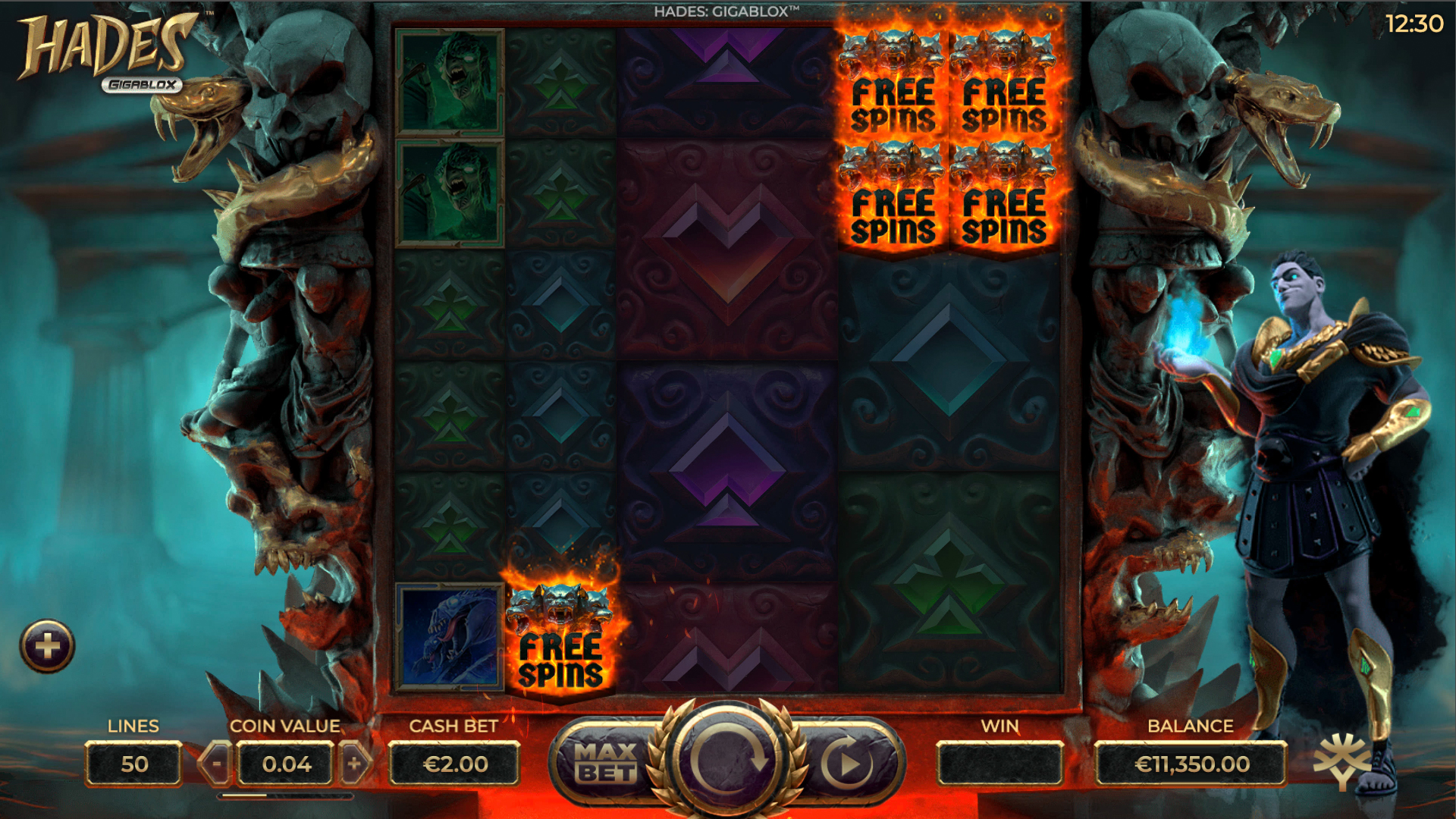 If spinning the reels yourself feels too much like hard work, you can use the Auto Play function. There’s also the option the ramp up the spin speed. Just remember that the devil makes work for idle hands. Use said features with caution and always play responsibly!

The Hades: Gigablox slot machine is the second game in Yggdrasil’s Gigablox series. Every spin features massive symbols that significantly increase your chances of winning. The Gigablox can be up to six by six symbols in size, which take up the entire reel set!

The star of this sinful slot is certainly Yggdrasil’s Gigablox symbol dynamic. However, the Wild Hunt feature is also pretty wicked. Randomly activated during the base game, the reels go dark and Hades leaps onto them to do battle with any of the monstrous creatures that landed. Those that he defeats transform into Wilds, creating new ways to win! 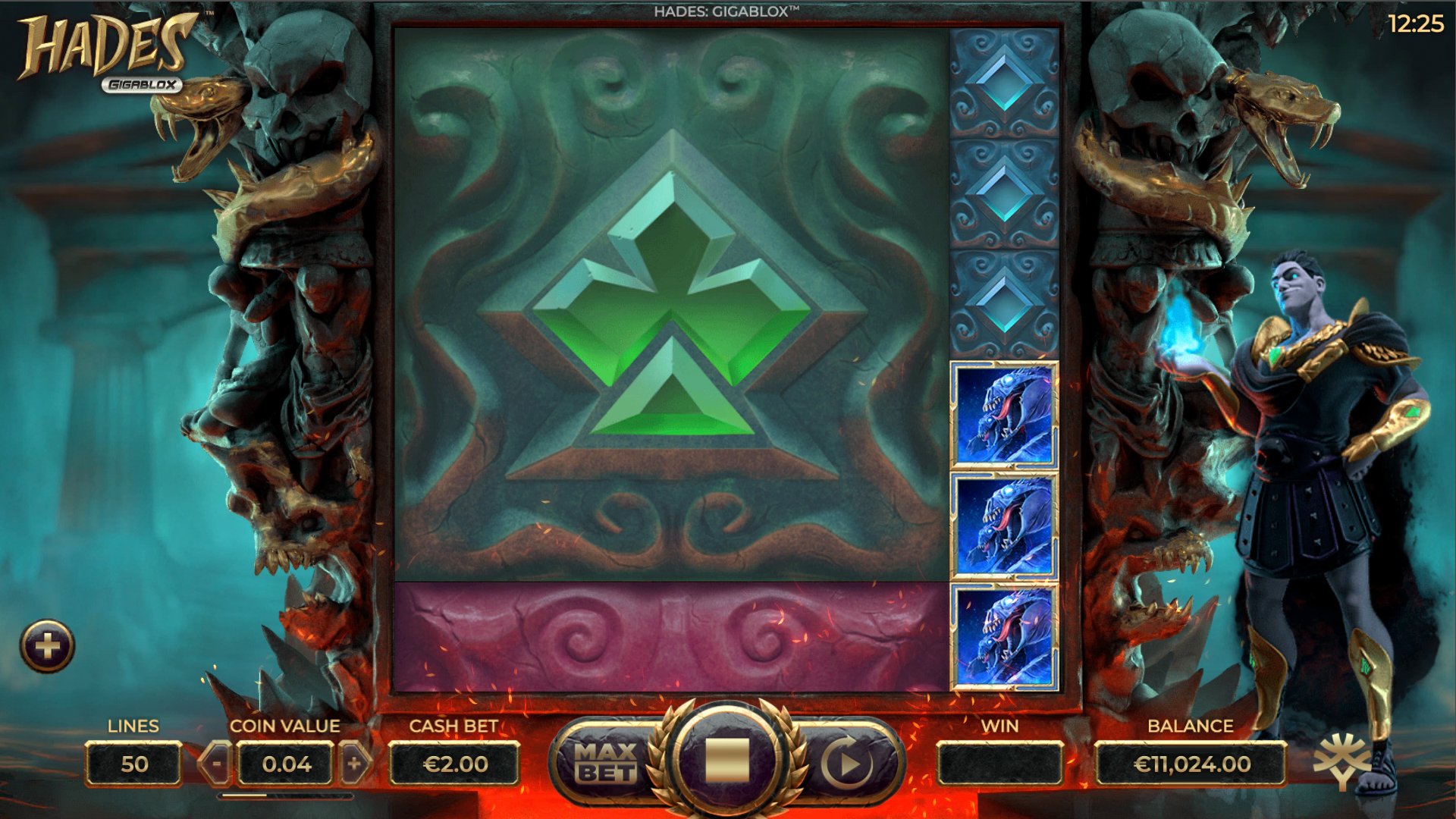 There’s, therefore, a maximum of 36 Free Spins up for grabs and the Hades Wild Hunt feature detailed above is constantly active. This time, winning fights not only turns symbols Wild but adds to the Cerberus multiplier. It can reach a maximum of 10x!

The betting limits on the Hades: Gigabloxs slot game range from 10p to £100. You can adjust them using the Plus and Minus buttons to the bottom of the reels. 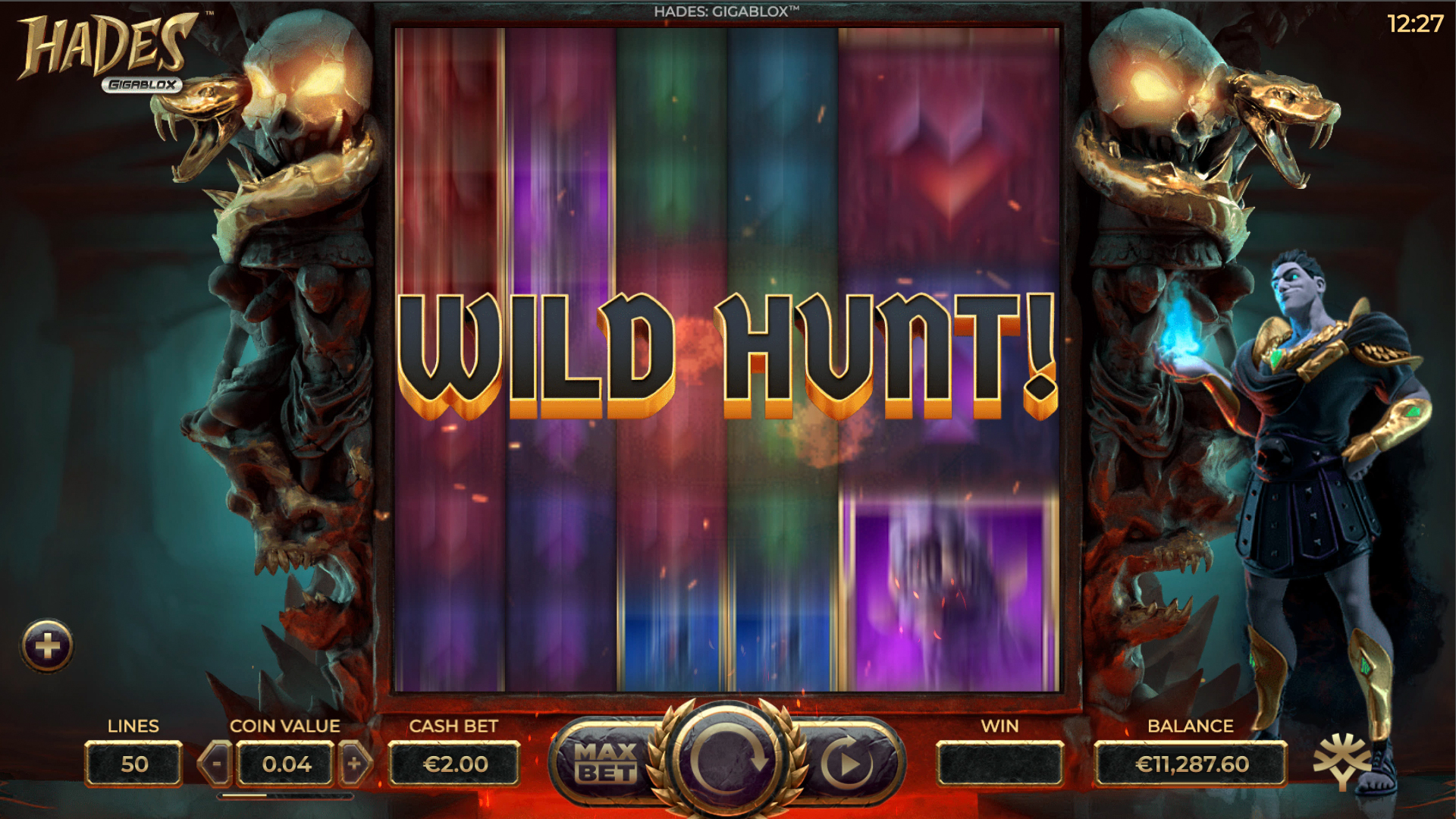 If you’re not ready to turn to the dark side just yet, you can always try the title out for free. Just load up the Hades: Gigablox slot demo to test the action without risking your own money.

Not only is the Hades: Gigablox slot visually stunning, it has a load of gameplay features that really make for a memorable slot experience.

Along with Yggdrasil’s Gigablox dynamic, we really loved the Hades Wild Hunt feature. The animations of the dark lord doing battle with various despicable beasts are an excellent addition!

If the action sounds tempting to you, you can play the Hades: Gigablox slot in the UK right here at PlayOJO today.

Titan Thunder: Wrath of Hades by Quickspin. This one also stars the lord of the Ancient Greek underworld himself along with a host of fiery features that really bring the thrills. Get lucky and you’ll drop the title’s ungodly jackpot!