Fire Joker itself draws on the imagery of classic slots. However, it’s been hauled into the 21st century with some particularly sizzling special features.

Read on to discover exactly how the title gets OJO’s temperature racing in the following Fire Joker slot review. New players can also enjoy our offerings with 50 free spins on their first deposit too! 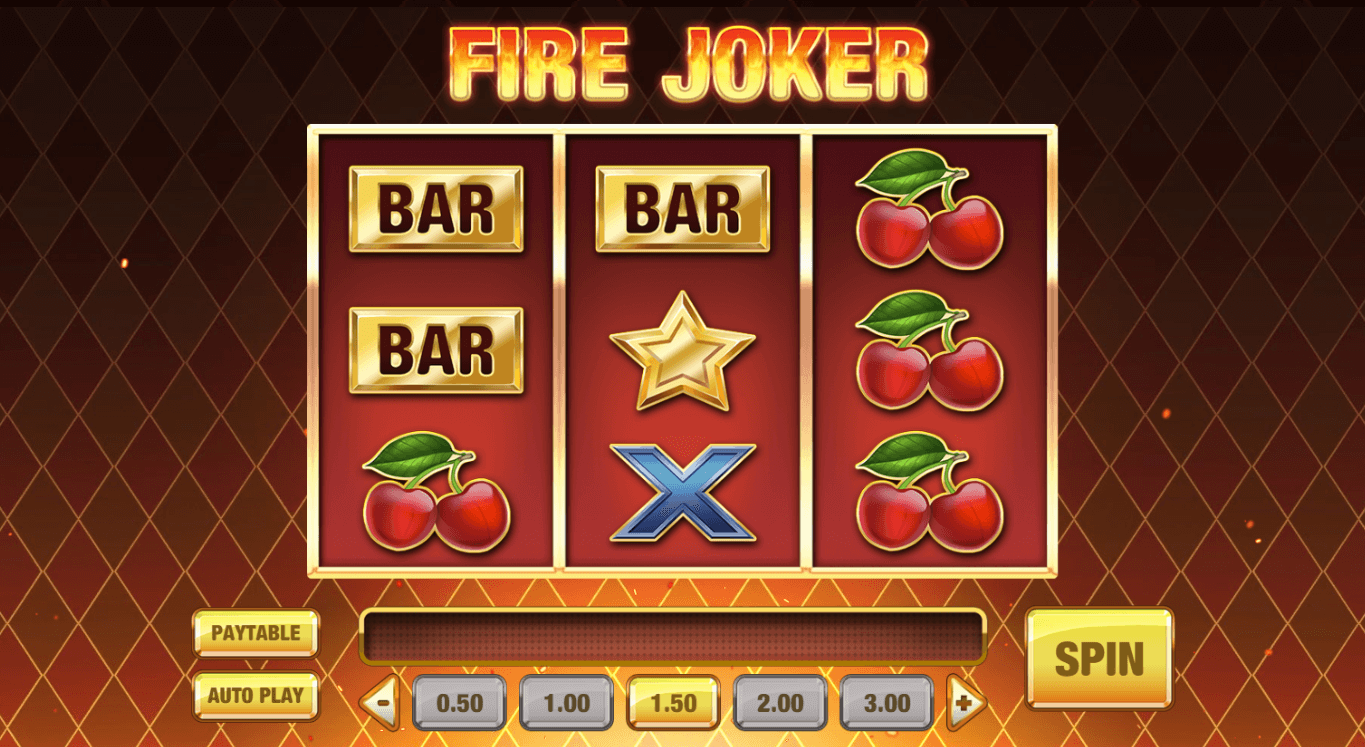 The game revolves around the Fire Joker himself – a suitably devilish character with a penchant for pyrotechnics. He’s capable of setting the reels ablaze at any given moment and when he does, it usually coincides with a fat pay out!

Fire Joker slot’s background is fairly nondescript. It’s an argyle-style pattern in shades of dark red – understandably the game’s dominant colour given the slot’s fiery theme. Embers constantly dance up the background, reminding us that it’s only a matter of time before the Fire Joker gets up to his searing sorcery.

The symbols have all been taken from the world of classic casino gambling. Think Lucky Number Sevens, BAR symbols, and various items of fruit – they used to call them fruit machines for reason, you know? 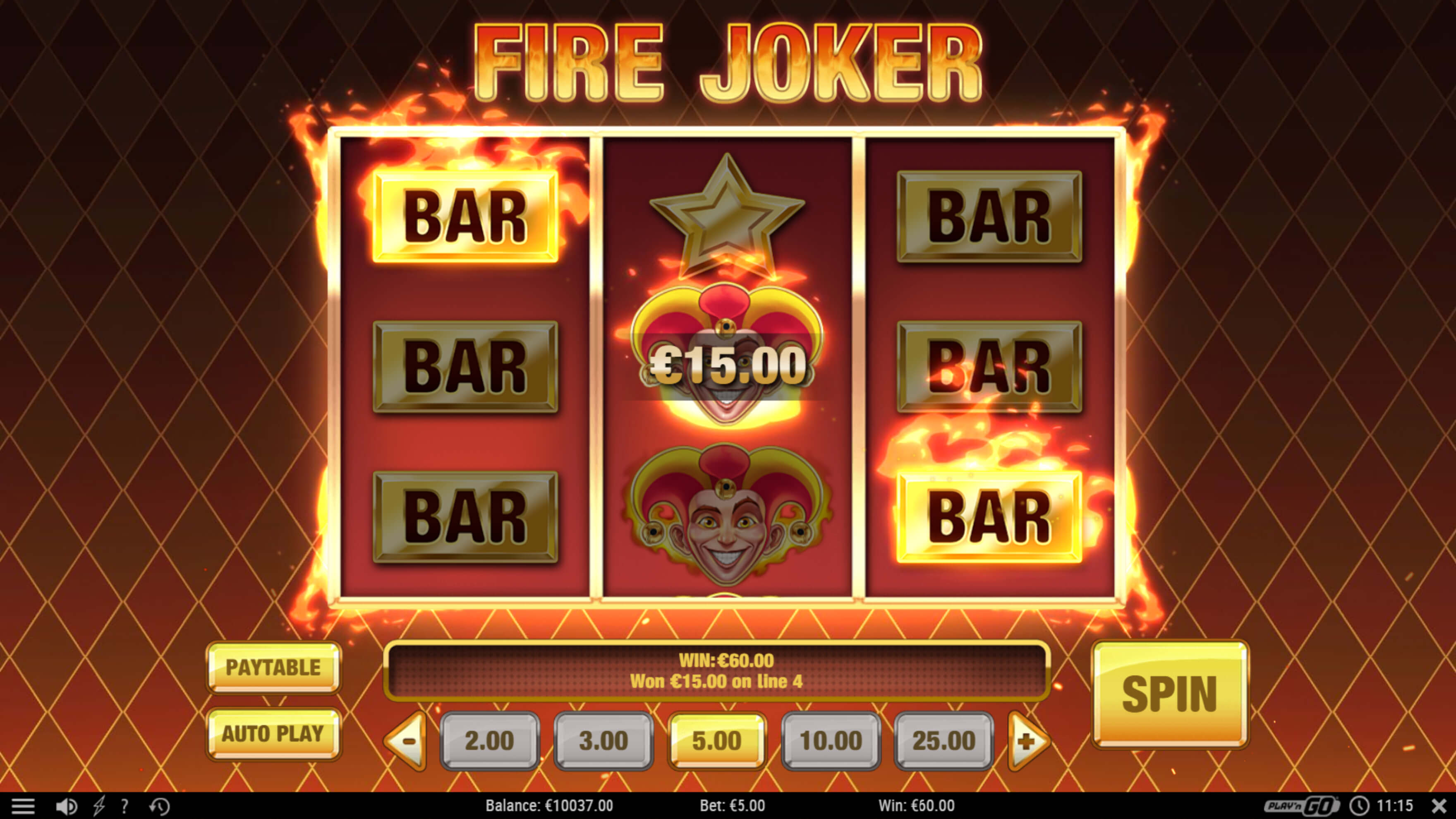 The only non-standard symbol is that of the Fire Joker himself. His devilish grin and stir-crazy stare make for a fitting Wild symbol and that’s just what he is! He’ll substitute for any other online casino game symbol and is often integral to triggering the online slot’s bonus features. More on this later though.

Although the artwork is nothing to write home about when compared to many of the spectacular video slots online available today, the title still manages to carry a modern feel. Subtle animations throughout, such as flames engulfing symbols and reels during both winning spins and special features, help to ensure Fire Joker slot isn’t stuck in the past.

The Fire Joker online slot features just three rows and three reels. This creates a total of five-win lines for you to match symbols along. They’re fixed too, which gives you one less thing to deliberate over before you get down to the more thrilling business!

The game uses the Fire Joker as a Wild symbol. This, along with other symbols scattered across the reels, often appears in stacks of three. The three reels seem to end up loaded with the same symbols way more often than they do on most other titles!

To help you really burn through the spins, Play ‘n’ Go included an Auto Play feature. You can choose the number of spins you want to play uninterrupted and just set it going. Whilst this great, OJO encourages his amigos to always gamble responsibly

Finally, Fire Joker slot RTP rating is a reasonable 96.15%. Whilst certainly not the most lucrative slot we’ve ever seen, it’s also far from the stingiest. 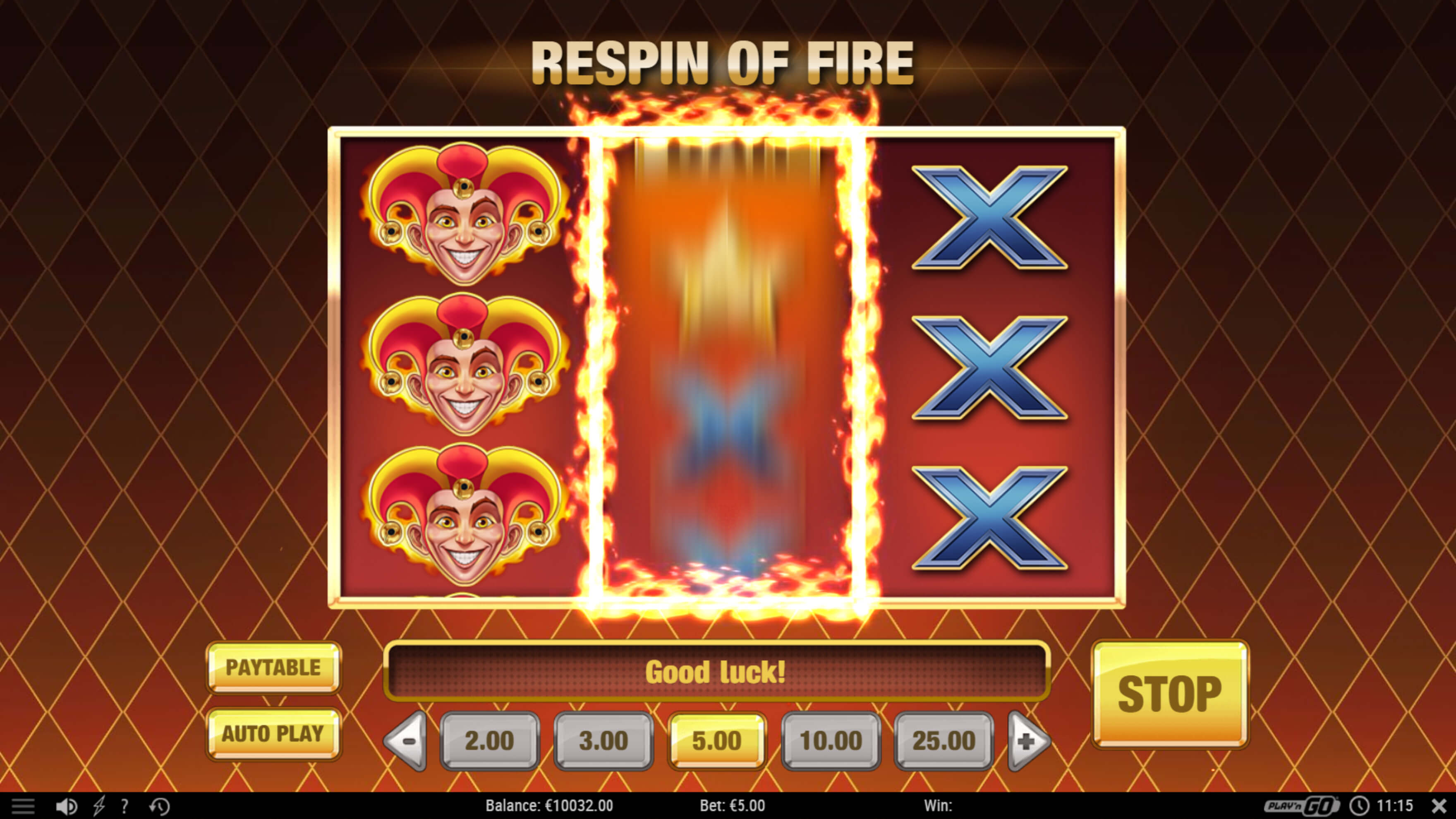 The Fire Joker slot game might borrow heavily from the fruit machines of old, but it still boasts two special features that really crank up the heat!

It's never fun landing two stacks of the same symbol (or Wilds) on the reels together and not making a winning combination. When that happens, the Fire Joker online slot gives players a second chance.

The reel that let the side down initially becomes engulfed in flames and spins again. Who doesn’t like an extra shot at forming a win, or triggering an even bigger and better bonus round!

If players manage to fill all the reels with the same symbol, they'll trigger the Wheel of Multipliers round. Now, on most slots it might seem there’s more chance of hell freezing over.

However, on the Fire Joker slot machine, with just three reels and rows, an abundance of stacked symbols, and its respin feature for getting two thirds of the way there, it happens more than you might expect.

After filling the reels with the same symbol, a Wheel of Fortune style game will appear. The wheel is loaded with multipliers between 2x and 10x. As it spins, flames spit from the its edges. The multiplier the wheel lands on is applied to the player's prize for filling the board.

It’s only through this bonus stage that players can hit Fire Joker’s most sizzling prize – a sizeable 800x the total bet. Filling the screen with the title character’s symbol will award 80x the total bet. After setting yourself up for the big win, spinning for that 10x multiplier will really get you hot under the collar! 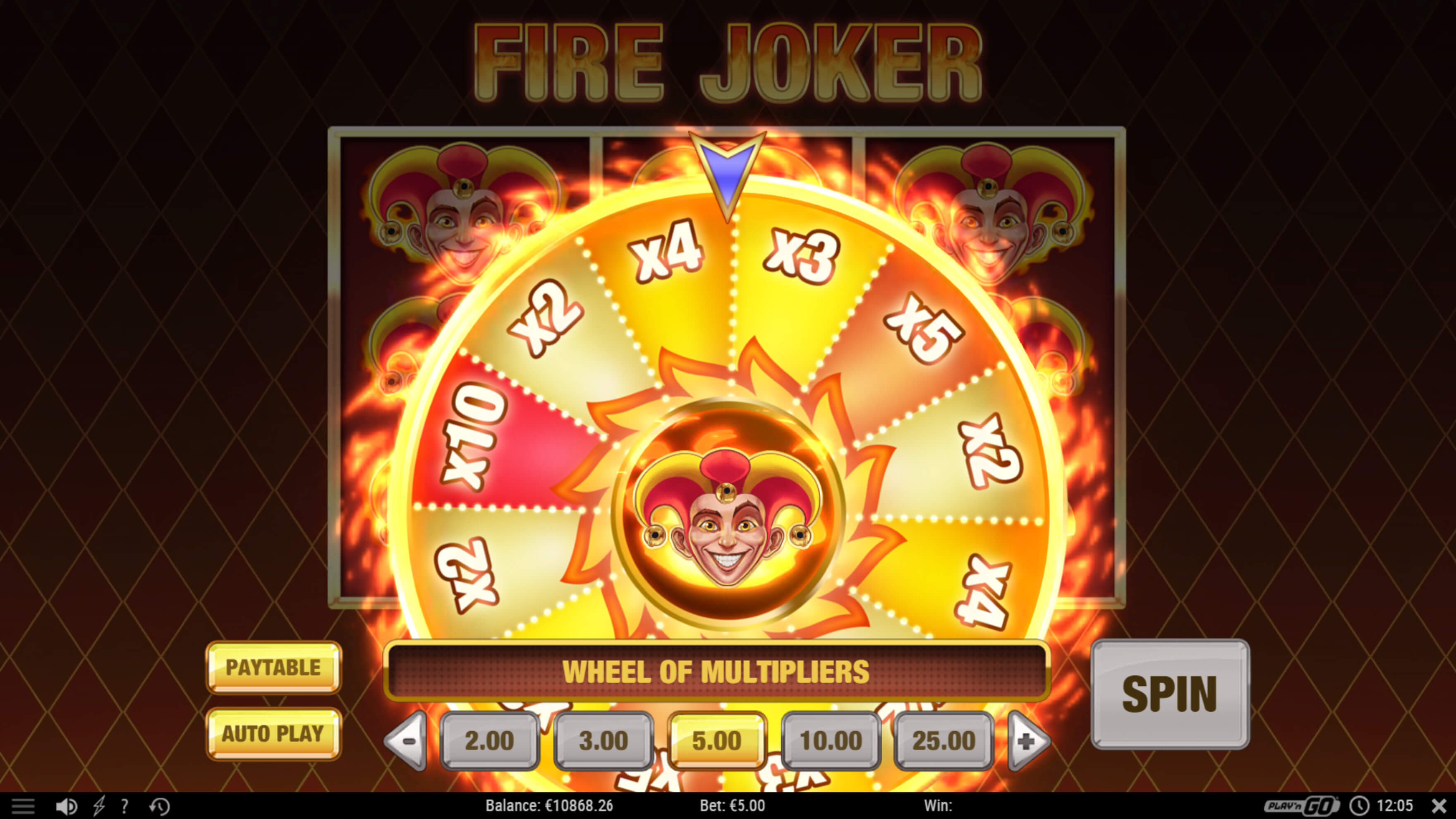 The Fire Joker online slot is a fantastic fusion of the old and the new. With its traditional stylings, coupled with modern game features and animations, Play ‘n’ Go really cranked the heat to create an absolute firecracker of a slot.

Pragmatic Play’s Hot to Burn. Just like Fire Joker, this scorching title borrows heavily from classic fruit machines of old whilst still retaining a modern feel. With fewer features, it’s perfect for those players who are seeking an even more stripped back but equally fiery slot experience.