Hey there, OJOers. Today, we’re showcasing a poppin’ slot that you can enjoy right here at PlayOJO. Part of Yggdrasil’s PopWins range, BountyPop keeps the action fresh with expanding reels, Free Spins, and up to a 100x Win Multiplier! 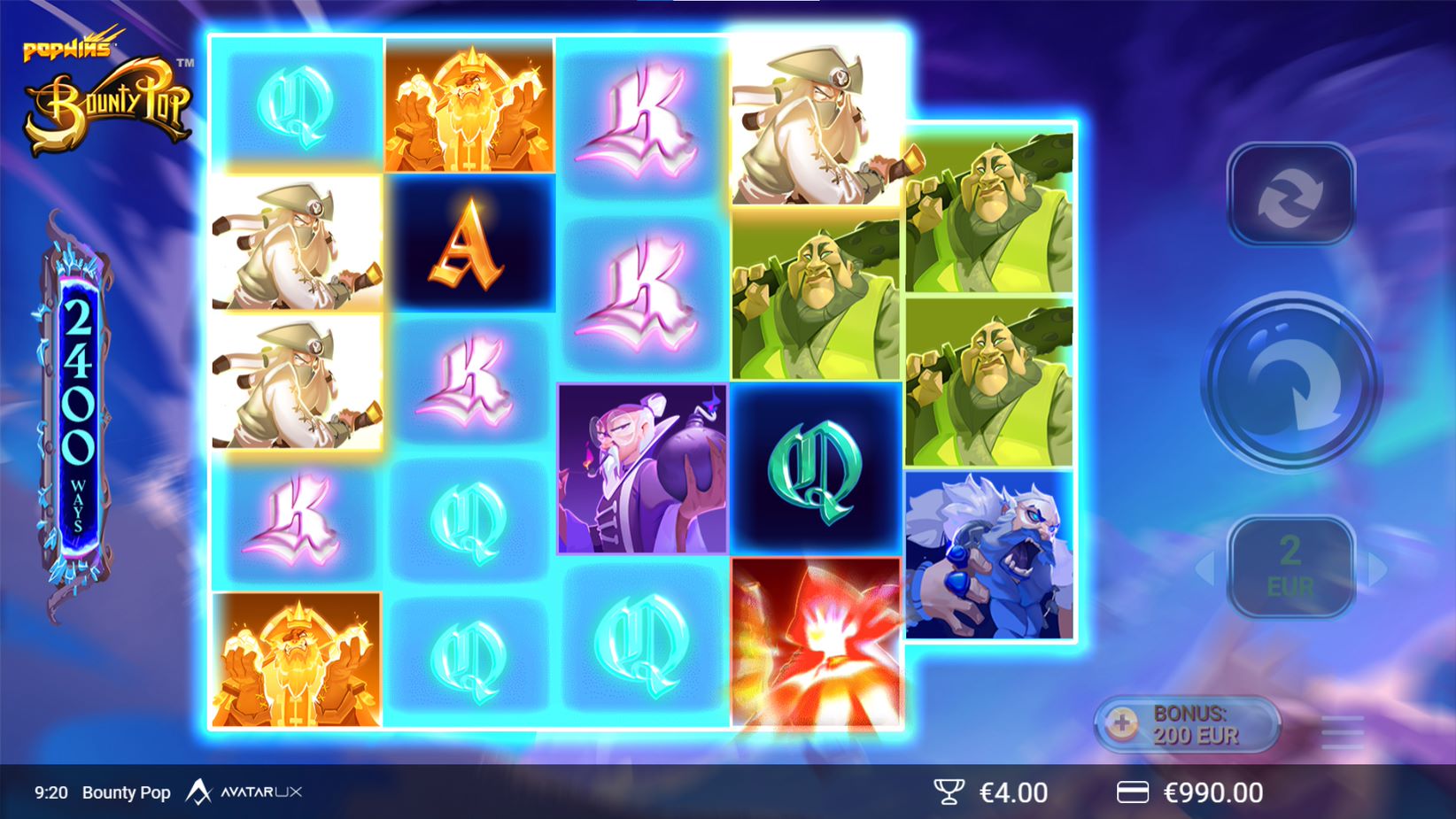 Another gripping online slots release from Yggdrasil is certainly well worth getting excited about. However, if it’s not quite tempted you to join us here at PlayOJO, we’ve some more exciting news. All first-time depositors will get 50 Free Spins. The best part? There’s absolutely no wagering requirement!

The BountyPop online slot has a distinct fantasy vibe. High value symbols take the form of various characters – from mighty magical princesses, to mysterious Eastern warriors and fearsome pirates. A suitably rousing soundtrack complements the overall feel. Meanwhile, typical of many slot games, the lower value symbols are stylised, Gothic letters taken from the face cards of a standard deck.

The BountyPop online slot base game begins with five reels and three rows of symbols. Initially, these create 243 ways to win (paid in both directions). However, forming wins makes reels expand. More on this below though.

Yggdrasil says the Bounty Pop slot RTP rating is 96%. The title is capable of paying a maximum win of around 55,000x your stake. Be warned though, such a grand top prize makes it a highly volatile title compared to other online casino games. 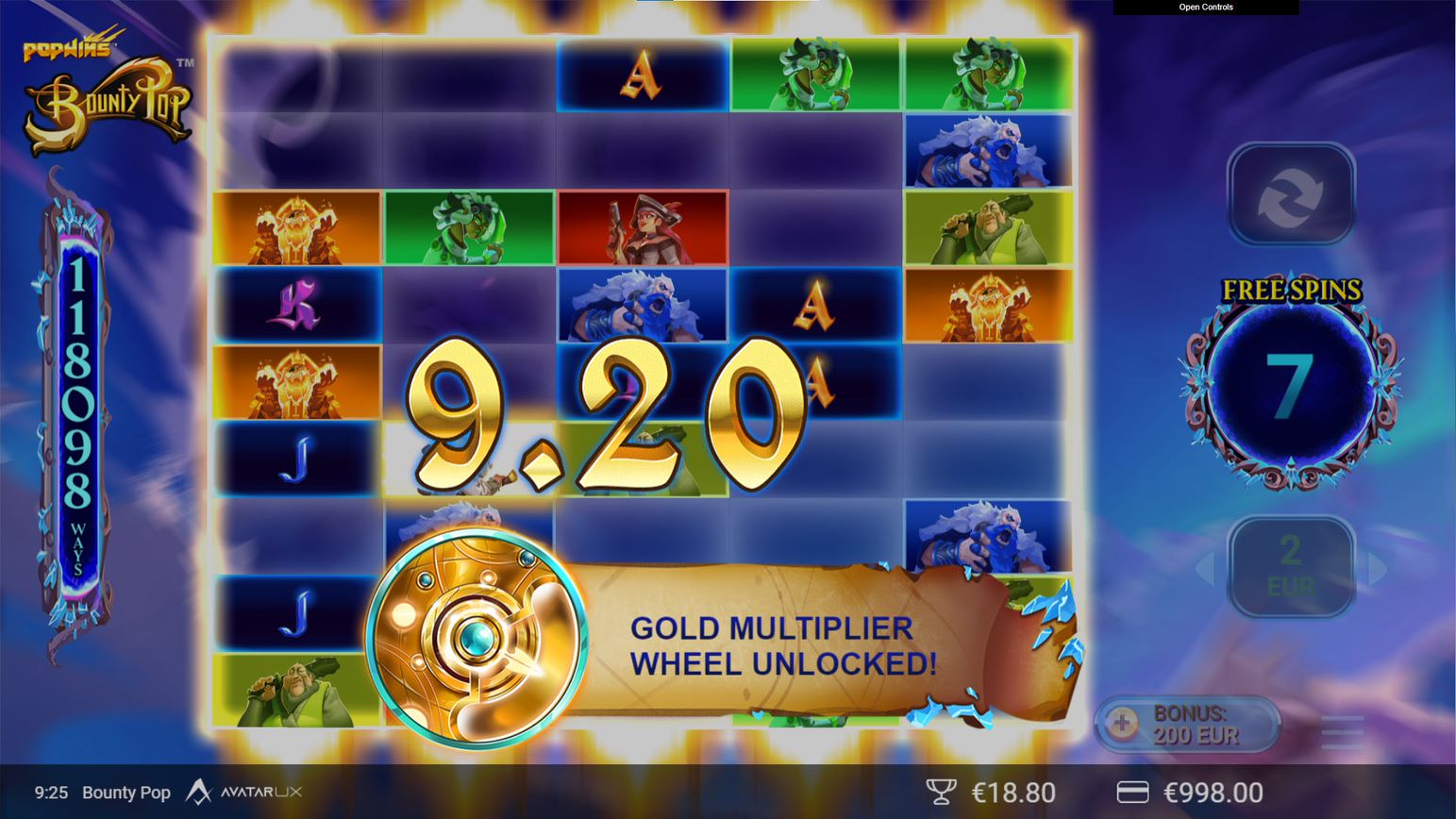 You can also speed the action up using the Auto Play or Fast Play functions on the BountyPop slot machine. Make sure you always play responsibly though. It’s easy to lose track of how much you’re spending when you’re not spinning the reels manually!

Poppin’ Features on the BountyPop Slot!

The star of the BountyPop slot is certainly the PopWins symbol dynamic. Each time you hit a winning combination, those symbols involved pop and are replaced by two new ones. The increased reel depth not only makes for extra ways to win but another opportunity to drop a prize.

If new symbols form a win, the dynamic continues. They can reach a maximum of six symbols high in the base game and nine tall in Free Spins. Reels will revert back to their original three symbol depth when no additional wins are possible.

If you manage to expand all reels to their maximum of six symbols during the base game, you’ll trigger the Mystery Wheel feature. This awards a multiplier of between 2x and 10x, applied to the previous win.

There’s also a BountyPop slot Free Spins feature too. You’ll trigger it by landing three or more Scatter Symbols anywhere on the reels. 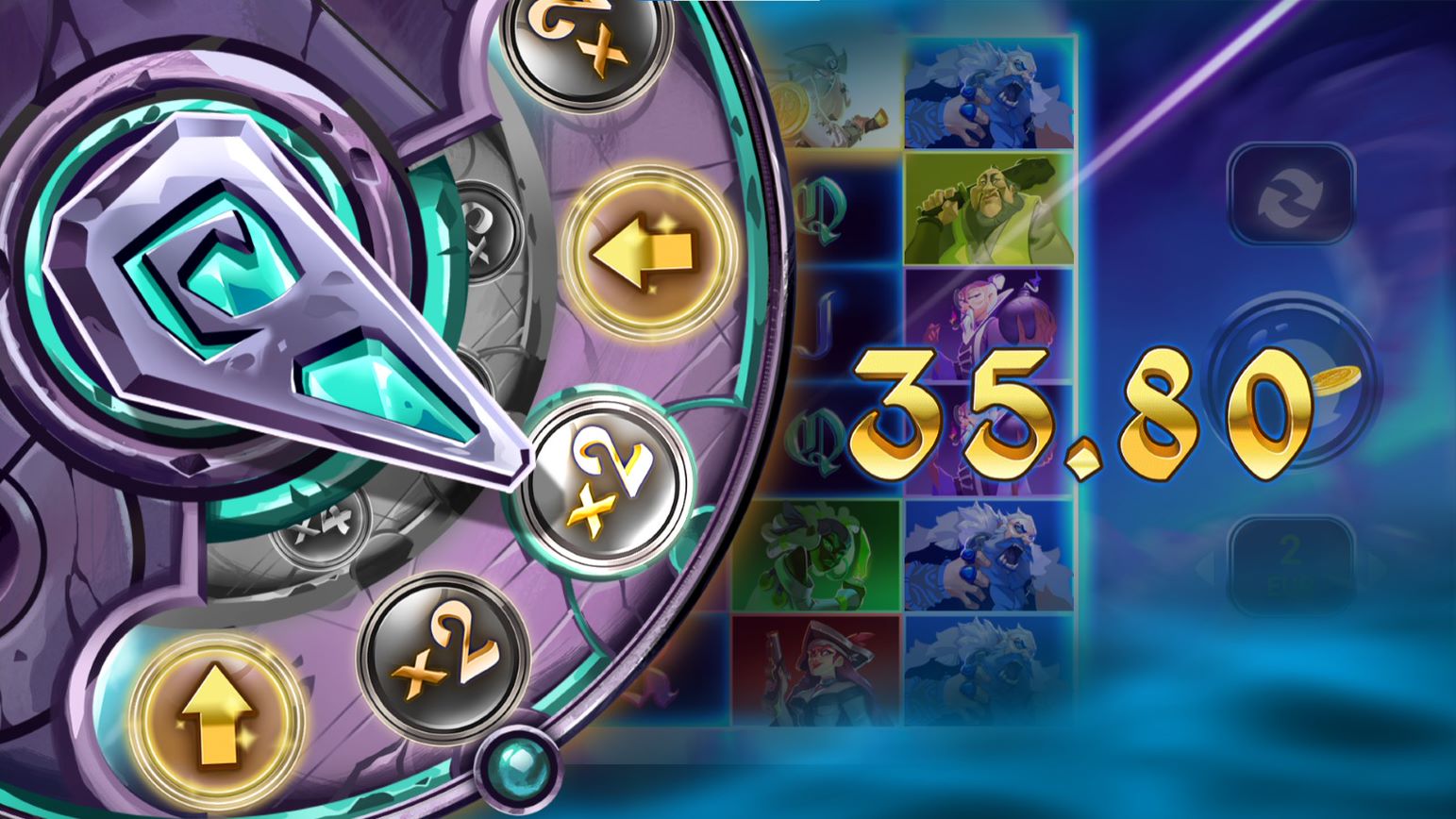 Prior to the feature, you have the option to gamble your Free Spins using the Gamble Wheel. You’ll win extra spins if you’re lucky and return to the base game if you’re not.

During Free Spins, reels can expand to nine rows deep and they don’t reset until the end of the feature. Once all five reels contain seven or more symbols, you’ll tigger either the Bronze, Silver, or Gold Mystery Multiplier Wheel. The latter has a top multiplier of 100x!

The Free Spins feature also kicks off with a random reel configuration. The game selects one of five different configurations, each with a different number of potential ways to win!

Bets on the BountyPop slot game range between 20p and £20. You can select how much you want to stake per spin using the option to the right of the reels. 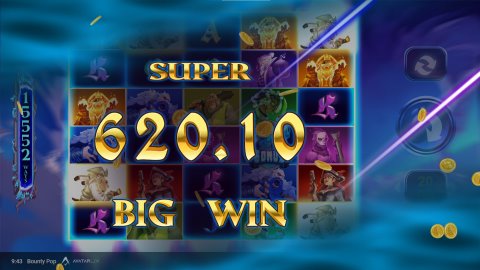 Of course, if you’d rather test the action out for free first, that’s fine too. Just load up Yggdrasil’s BountyPop slot demo to see if it’s the right game for you!

The BountyPop slot is absolutely loaded with special features. This makes for an exciting and ever-changing gameplay experience. We particularly like the suspense-creating Mystery Wheel Multipliers. They can turn a good win into a great one in seconds!

Clearly, this title impressed OJO a lot. You can see exactly why when you play the BountyPop slot in the UK here at PlayOJO!

CherryPop by Yggdrasil. If BountyPop inspired a love of the PopWins dynamic, you’ll be pleased to learn that it’s not the only title to feature it. CherryPop also comes with a generous Free Spins feature, complete with Gamble Wheel, and has a potentially unlimited Win Multiplier!