Beast of Wealth Slot: Defeat the Guardians to Win!

Hey there, OJOers. We’ve another instalment in Play’n Go’s trio of Asian-themed progressive jackpot slots coming soon to PlayOJO. This time it’s the Beast of Wealth slot. Thanks to its potentially lifechanging jackpot and varied Free Spins feature, this really is a beast from the Far East! 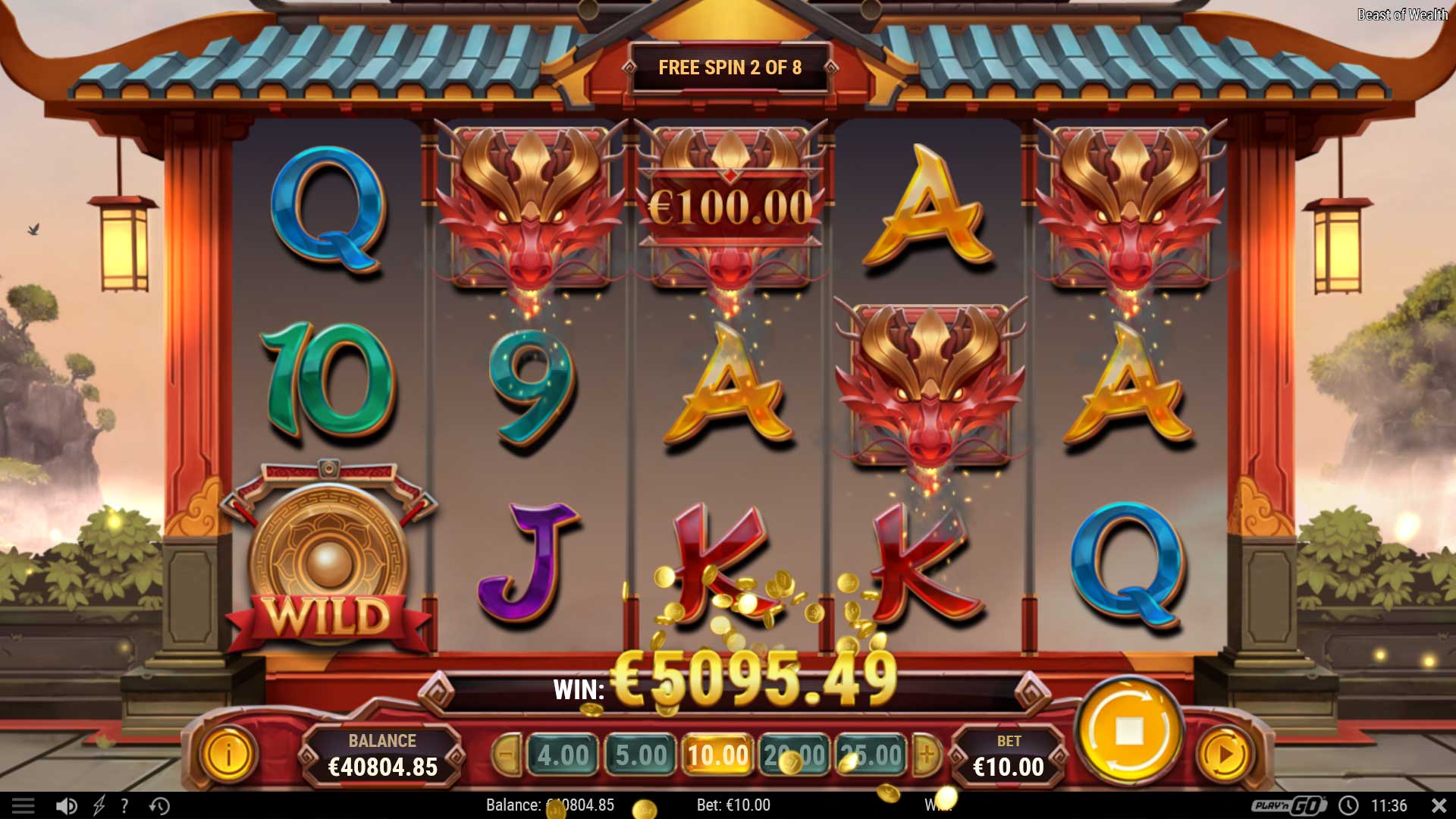 OJO’s pretty excited about the prospect of chasing progressive jackpots in the company of creatures from Chinese mythology. To get you lot in the mood too, he’s got a special treat for all of his newest pals. Just create an account and deposit at PlayOJO to get 50 Free Spins with no wagering!

Beast of Wealth: How it Looks

Set in traditional pagoda, the beasts guarding the mighty prizes are a phoenix, tiger, tortoise, and dragon. There are a couple of other symbols on the five by three reel set too. A yin yang symbol and a traditional gong, for example. 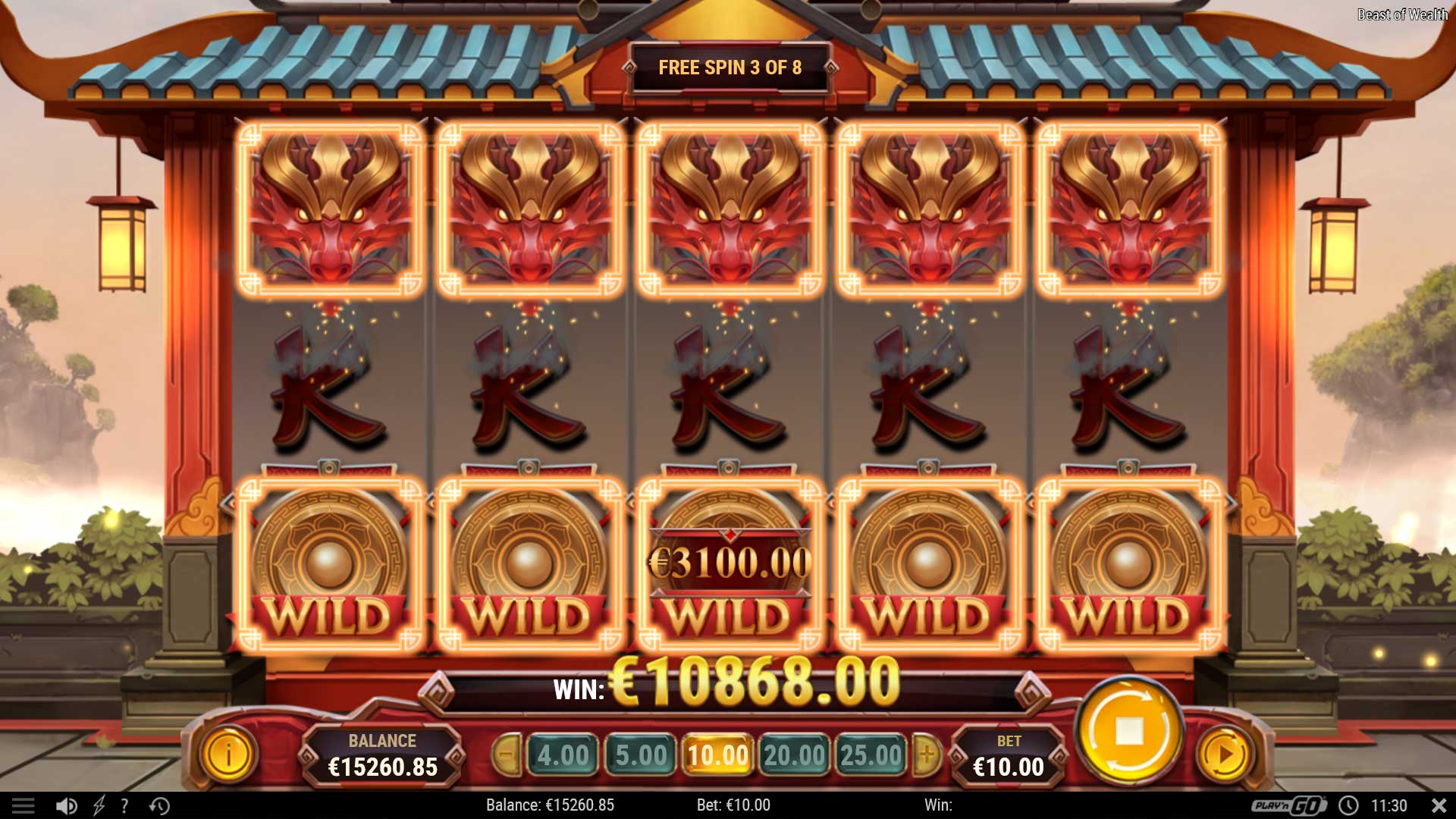 It all follows the typical Asian casino game formula, which you’ll be familiar with if you play slots online a lot. But, if it ain’t broke…

Progressive jackpots aside, the game can pay up to 5,000x the bet on a single spin. It’s, therefore, considered pretty volatile!


Play’n Go says the Beast of Wealth online slot RTP is 96.17%. The action unfolds across a set of reels measuring five by three. They create a total of 243 different ways to win in the base game. Wins are awarded for landing matching symbols on consecutive reels.

The Beast of Wealth slot game also has Auto Play and Turbo Spin functions. These can certainly speed up the action but be careful with them. It’s much easier to lose track of what you’re spending when they’re active. It’s important to always play responsibly!

As on its sister titles, Temple of Wealth and Celebration of Wealth, we’re waiting for one or more of the reels to turn gold. When they do, it’s time to cross your fingers and start picking boxes. You win whichever progressive jackpot you uncover three of first! 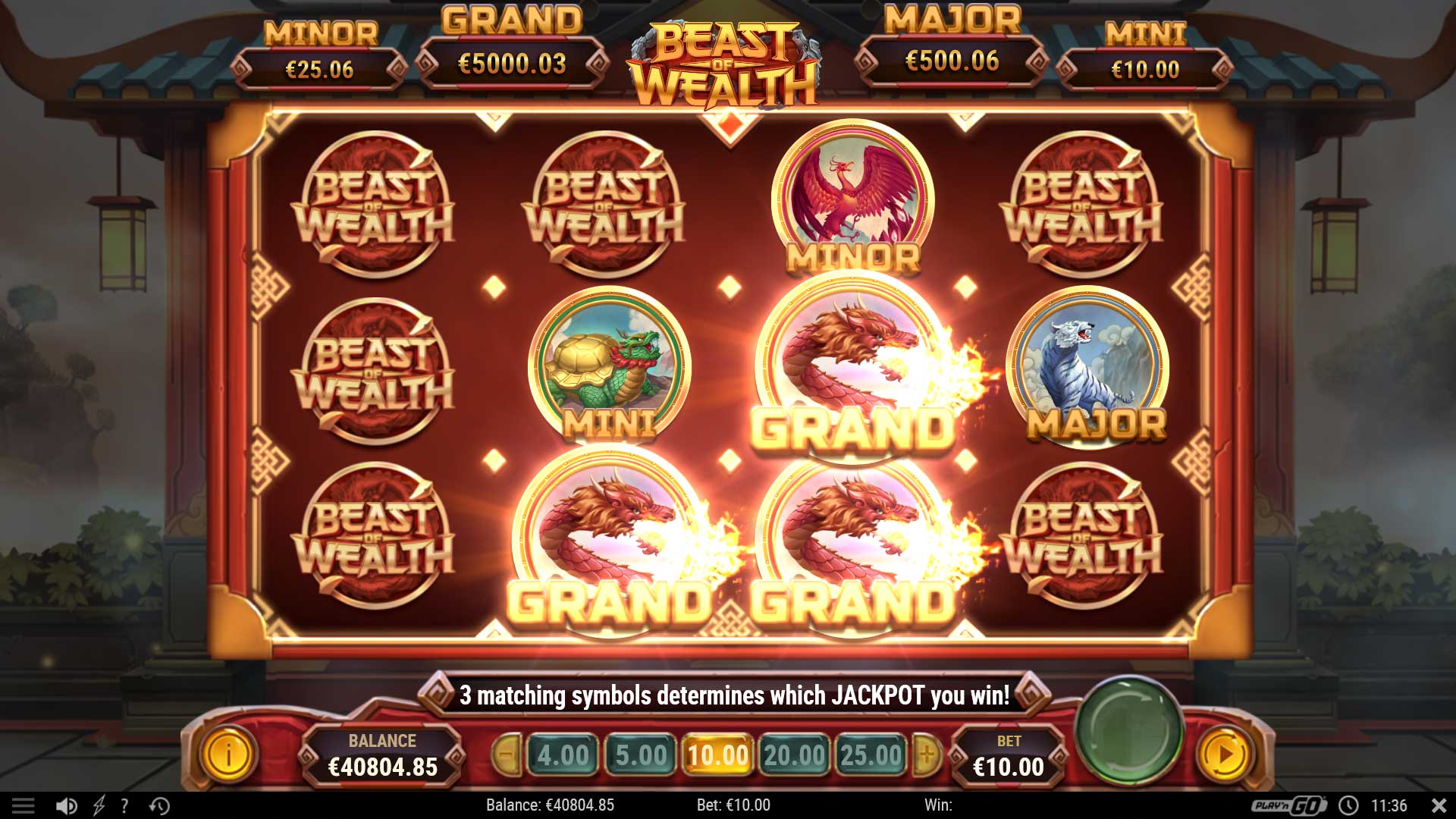 Although the Beast of Wealth progressive jackpot is the main draw, there is a Free Spins feature too. Like the other online casino games in Play’n Go’s “Wealth” series of slots, you get to choose which Beast of Wealth Free Spins you use.

Before the feature, the four guardian symbols appear. You pick which you want on the reels and the number of them. You can go for a lot of extra lower value Tortoise Symbols or fewer additional highest value Dragon Symbols. Alternatively, you can do a “Mystery Pick” to let the game decide for you.

You can adjust the total amount staked per spin using the Plus and Minus buttons to the bottom of the reels. There are various bet sizes available, ranging from £1 to £100. 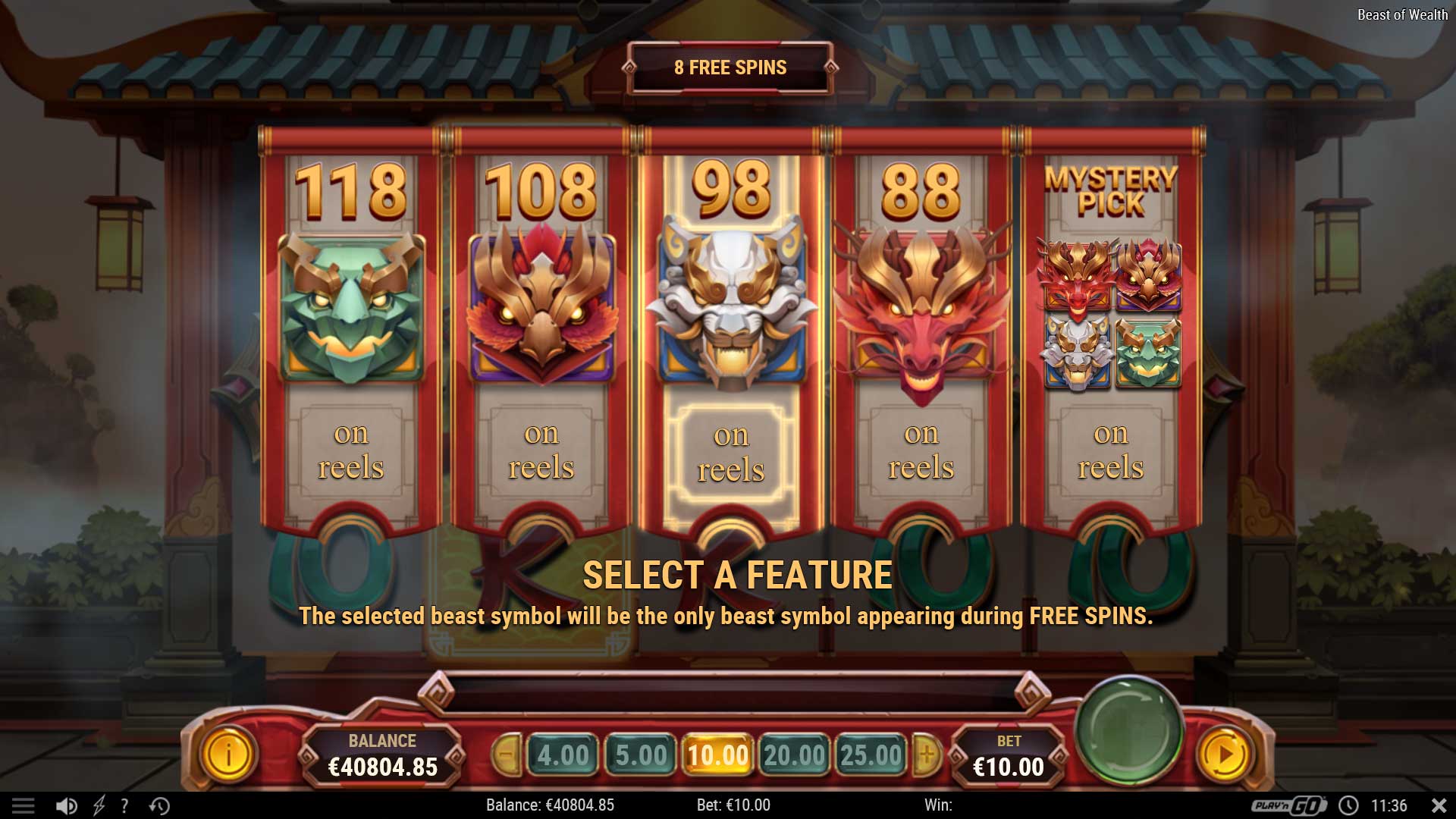 Thanks to the huge progressive jackpots on offer and a juicy main game top prize too, Play’n Go’s Beast of Wealth slot certainly lives up to its name. Whilst the main draw of the title is certainly the Grand Jackpot, the addition of a choose-your-own Free Spins features adds a lot to game’s playability.

You can see for yourself and play the Beast of Wealth slot in the UK here at PlayOJO today!