Hi there! Today, OJO’s doing a spot of star gazing in search of one of the most amazing sights in the cosmos. The Aurora Wilds slot is all about the Northern Lights – well, actually, it’s all about the Grand Jackpot!


Searching for jackpots and the aurora borealis is admittedly exciting stuff but it’s not the only thrilling thing about joining us here at PlayOJO. We’re offering all first-time depositors 50 Free Spins with no wagering requirements. Pretty out of this world, eh?

How the Aurora Wilds Slot Looks

We’re looking up to the skies on the Aurora Wilds slot machine. The gameplay takes place in front of a typically northern landscape of mountains and forests. 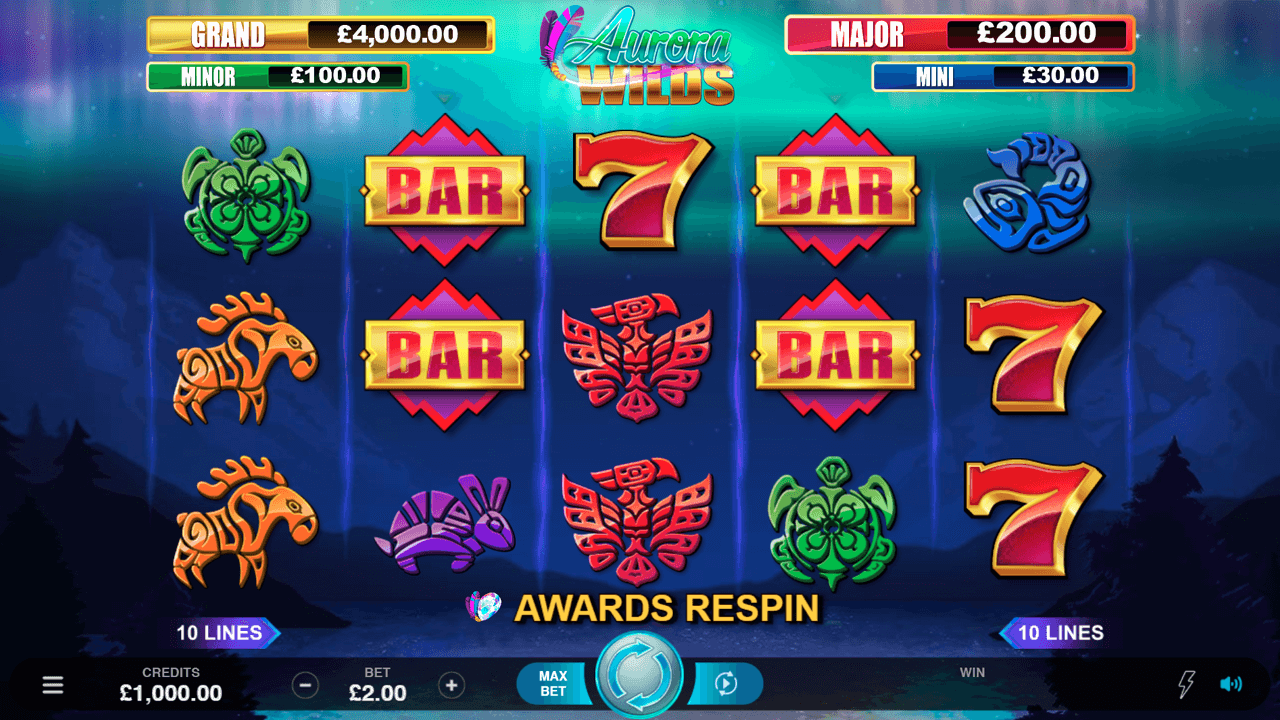 It’s night time and we’re on the look out for matching constellations (represented on the reels by traditional Northern native illustrations) or the aurora borealis itself. You’ll get a glimpse of the cosmic phenomenon if you’re lucky enough to trigger one of the game’s special features.

The action on Microgaming’s Aurora Wilds slot game takes place across five reels and three rows of symbols. This creates a total of 10 win lines. However, unlike most online slots, these pay in both directions!

Microgaming says the Aurora Wilds slot RTP rating is 96.20% and it classifies the title as a medium volatility one. The top prize (the Aurora Wilds Grand Jackpot) is a tasty 2,000x the total bet too! 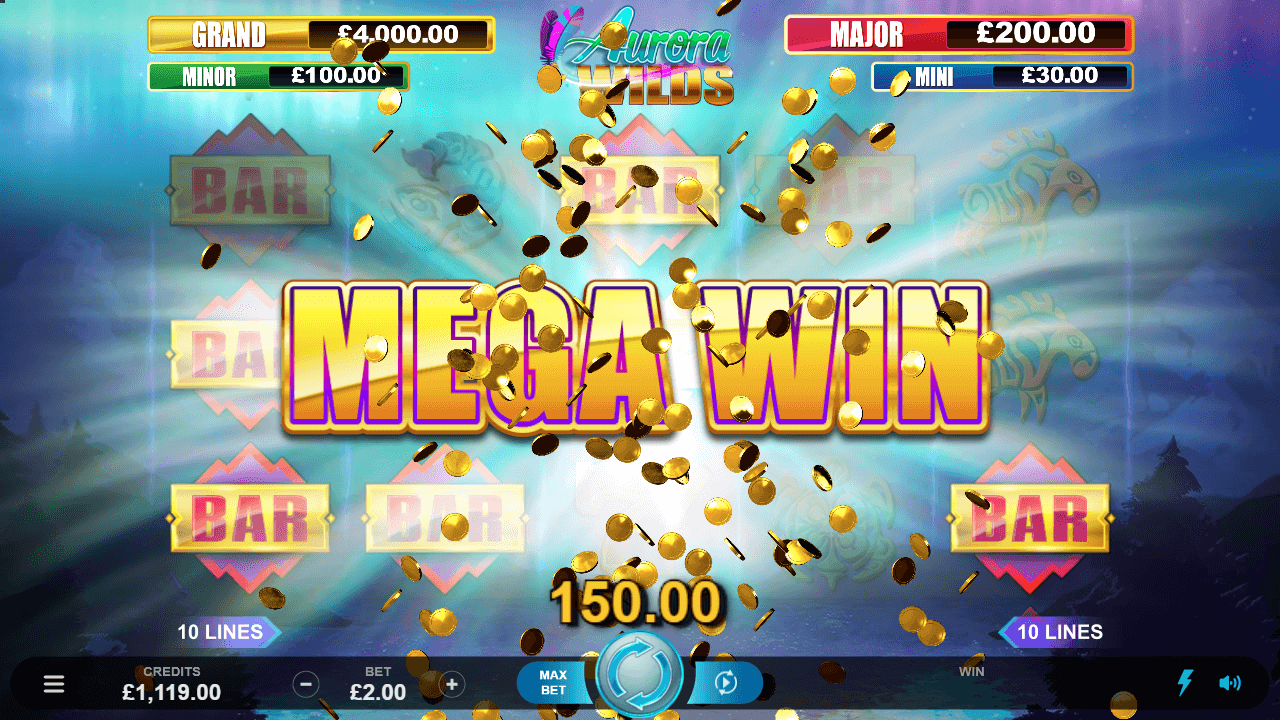 If you like to maximise the number of spins you can make in a set amount of time, you can play the Aurora Wilds slot using either the Auto Play feature, the Turbo Spin mode, or both.

It’s even more important to keep track of your spending when using them than it usually is – but OJO says you should always play responsibly anyway!

You’ll be transported to a sort of Wheel of Fortune game where you’ll be guaranteed one of four jackpot wins.

Represented by a pair of Feathers and a Diamond, the symbol not only substitutes for any paying symbol in the game, it also expands every time it lands. Obviously, this can make for the kind of big win combos you're looking for when you play slots online. 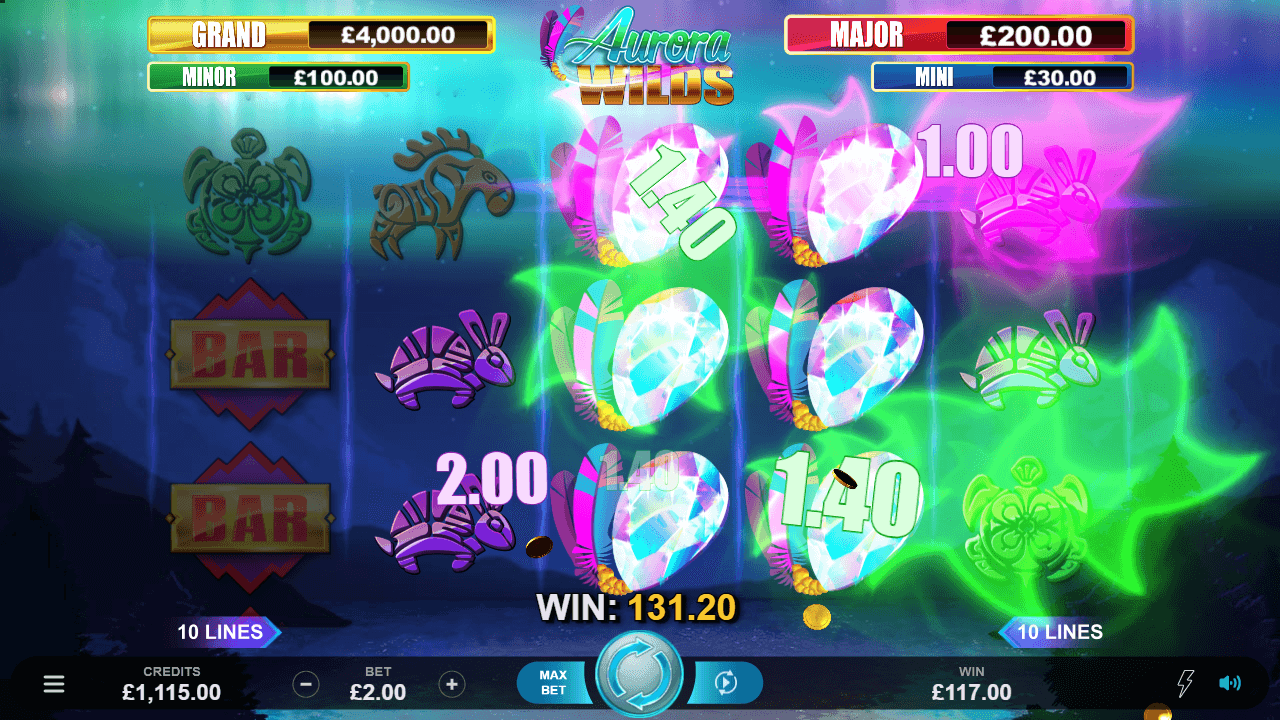 However, that’s not all. For every Wild Symbol that lands, you’ll get a free respin. The Wild locks to the reels and all non-Wild reels spin again to possibly create more winning combinations.

If extra Wilds land after a respin, you’ll get another respin (up to a maximum of three). There might not be an Aurora Wilds Free Spins feature but this is a pretty good substitute!

Managing your stake is very easy on the Aurora Wilds online slot. Just click either the Plus or Minus buttons at the bottom of the reels to toggle different bet amounts. You’ll find that there are various total bets ranging between 10p and £60. 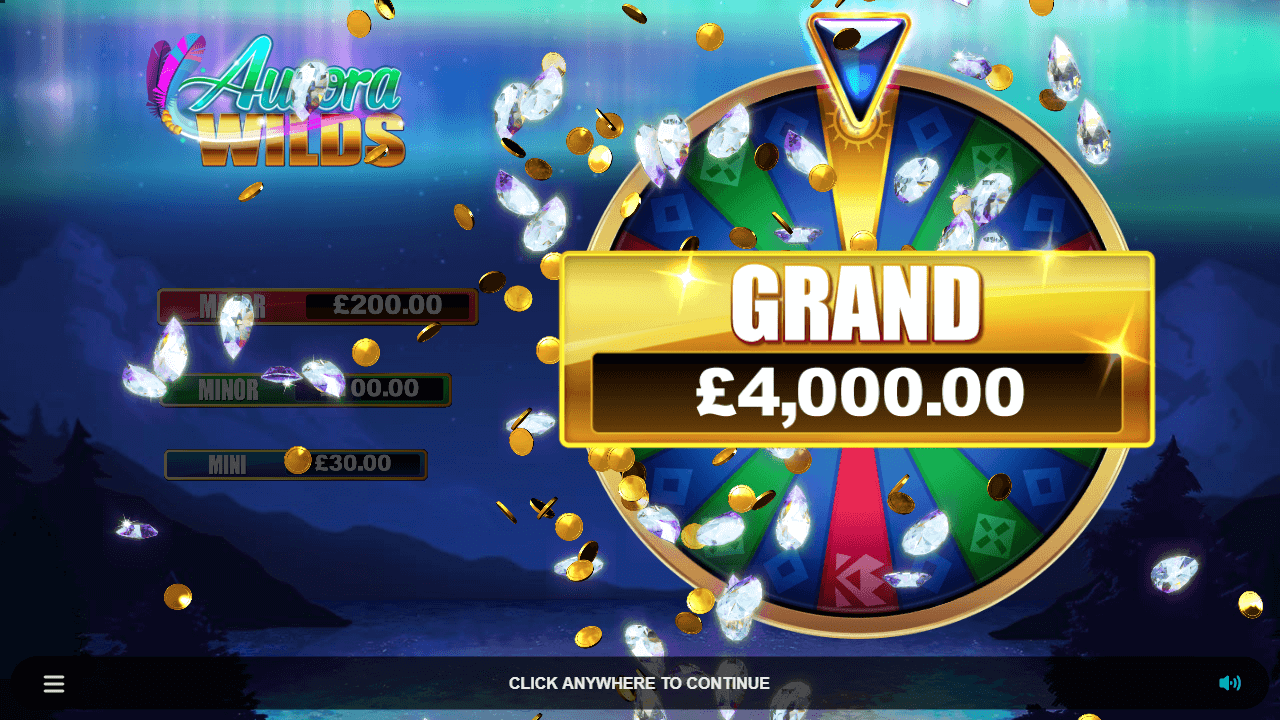 Of course, OJO knows that not all his pals want to bet for real right away. That’s why we host free versions of many of the titles on offer. Just load up the Aurora Wilds slot demo to test the action out for free!

OJO loves jackpot games and the Aurora Wilds slot machine by Microgaming is no exception. With its cosmic theme and some serious money up for grabs, it’s easy to see the title’s appeal.

To find out what makes this astral adventure so awesome, you can play the Aurora Wilds slot in the UK at PlayOJO today.

NetEnt’s Starburst. As one of the most popular slots of all time, this one needs no introduction. If you’re into celestial online casino games with multidirectional win lines, Starburst should be sky-high on your list!