Ankh of Anubis Slot: Will the Gods Gift You Riches?

Howdy, amigos. Today, OJO’s asking, “What if the Ancient Egyptian civilisation never died out?” on Play ‘n’ Go’s Ankh of Anubis slot. Thanks to its non-conventional reel layout and the sorcery of Anubis himself, the title seriously impressed us here at PlayOJO. 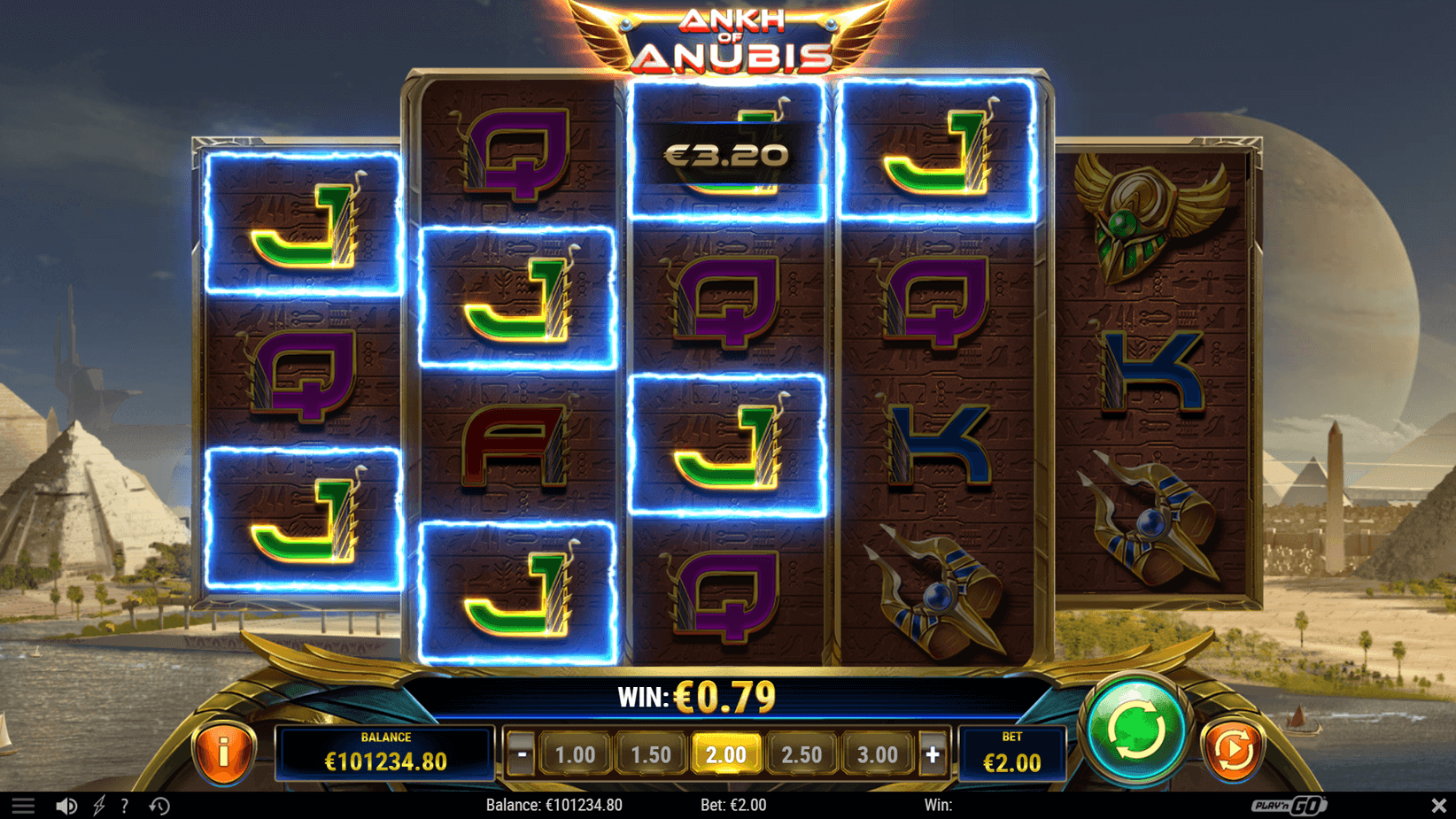 Whilst playing the Ankh of Anubis slot in the UK is certainly exciting in its own right, OJO has more news that should delight his newest pals. He’s generously giving anyone that signs up and makes a deposit 50 Free Spins with no wagering. Cheers, OJO!


As the name suggests, Ankh of Anubis takes place in Egypt. However, it’s not quite the Ancient Egypt we’re familiar with from history books. There’s a strong science fiction vibe with futuristic aircraft zooming past the reels occasionally and the city below shows other signs of hypermodernity.

This futuristic Egyptian theme continues with the symbols used throughout the game. Although they’re all represented by traditional artefacts associated with the Egyptian civilisation, they don’t look at all like they were created thousands of years ago!

OJO reckons Play ‘n’ Go tried to make the Ankh of Anubis slot feel like the Ancient Egyptians continued as the dominant civilisation on earth to the present day and beyond! 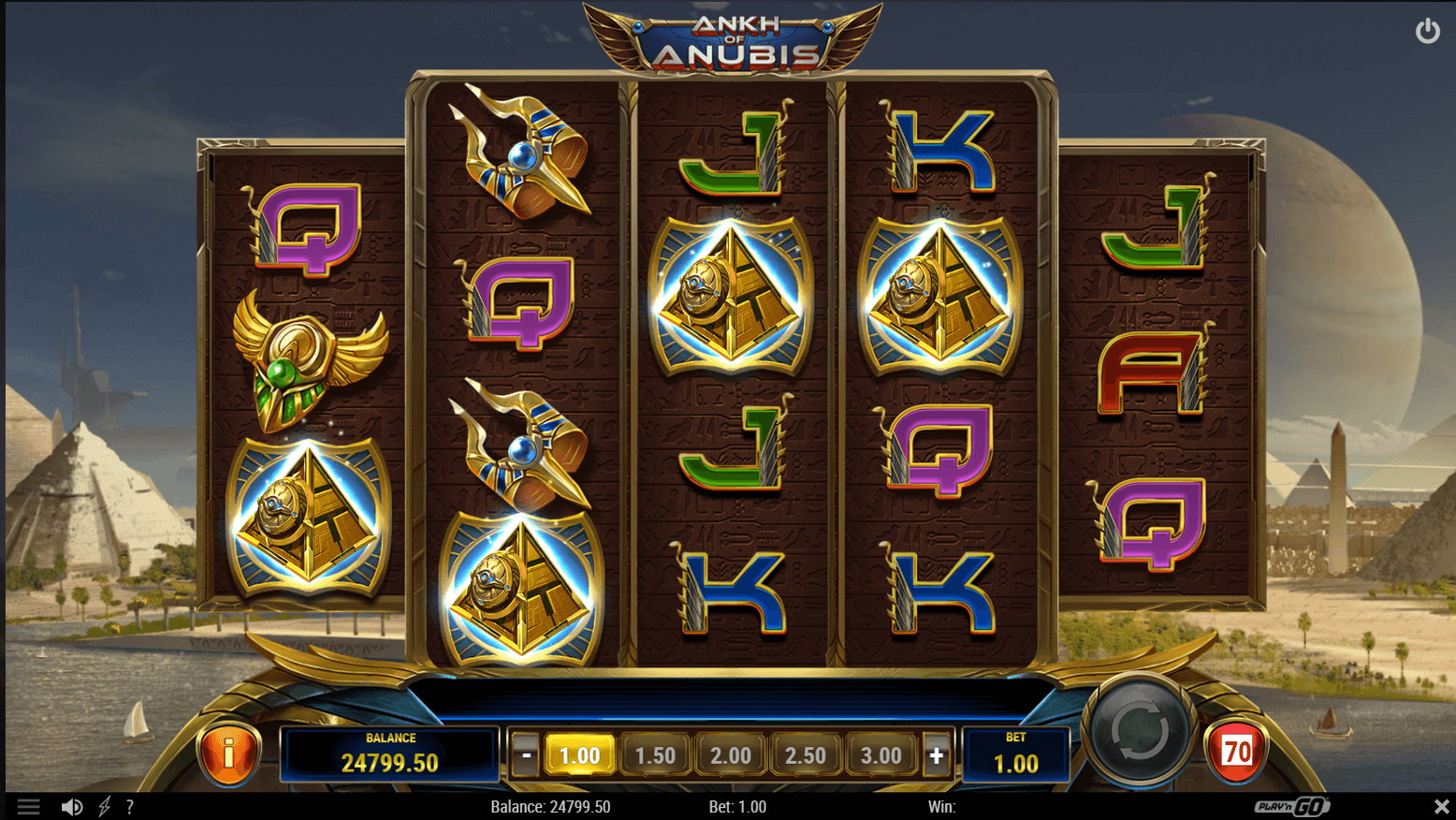 The Ankh of Anubis online slot game also doesn’t feature the win lines that are a staple on many online casino games. Instead, prizes are awarded for matching three or more of the same symbols in any position on consecutive reels. This makes for a total of 576 ways to win!

Play ‘n’ Go designed the game with a maximum possible win per spin of 15,000x the total bet. It gives the Ankh of Anubis online slot an RTP rating of 94.2% and deems it to be a high variance game.

The title also features both an Auto Play and Turbo Spin feature. Although these really can speed the action up, it’s important to use them with caution. Always play responsibly!

At any point during the game, the almighty Anubis can use his powers to grant you riches! When the Anubis Wilds feature triggers randomly, the God of the Afterlife will scatter Wild symbols across the reels, potentially making more winning combinations. 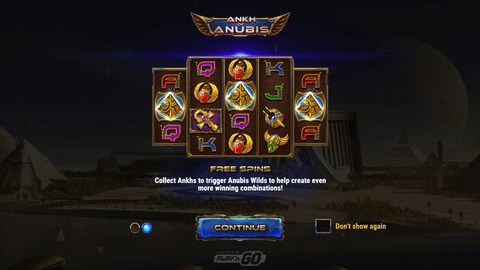 During the Ankh of Anubis Free Spins mode, you collect every Ankh Symbol that lands on the reels. Once you’ve gathered five of them, Anubis casts a stack of Wilds onto the reels. Given that Ankh of Anubis slot features a 576 ways to win payment system, this can make for some tasty winning combinations!

Players can easily adjust the amount they bet per spin on Play ‘n’ Go’s Ankh of Anubis using the options at the bottom of the reels. The minimum possible bet is just 10p and the maximum is £100.

If you’re not sure about risking your own money playing the game for real right away, you can always play the Ankh of Anubis slot demo first. OJO knows some of you lot like to try his online casino games for free first!

With its novel theme and exciting special features, the Ankh of Anubis slot is a highly playable online casino game. The gameplay, soundtrack, and artwork all combine to create a slot that not only looks and feels great but also manages to create plenty of thrills thanks to Anubis’s supernatural abilities powering the various bonuses.

Play ‘n’ Go’s Dawn of Egypt. The Sun God Ra is the star of the show here and features like the Upgrading Symbols Free Spins really make the game stand out in the sea of Ancient Egypt-themed slots available today.