Age of Asgard Slot: Will Good Triumph Over Evil?

Howdy, OJOers. Are you ready for battle? We thought you might be! Today, we’ll pay witness to an epic standoff between good and evil on Yggdrasil’s Age of Asgard slot machine.


As if the clash of mighty warriors’ swords wasn’t gripping enough, OJO’s offering all new players get 50 Free Spins on first deposit with no wagering. Sign up, deposit, claim!

The Age of Asgard online slot really is a looker. Taking place across two sets of reels, the game itself is themed around an epic battle between gods and demons. Each of the two-reel sets has its own cast of characters and symbols. 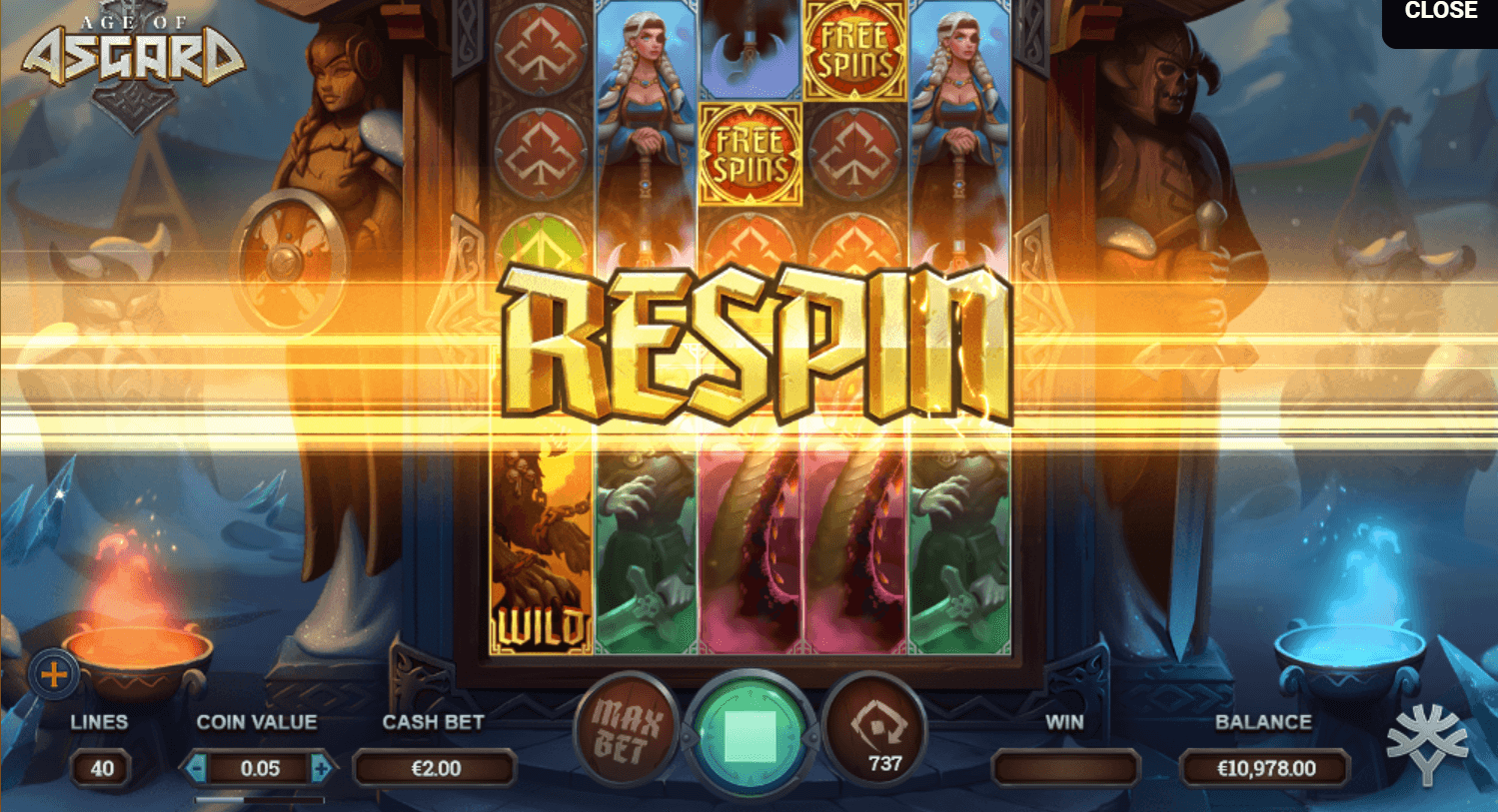 Those on top are fighting for good and are represented by some fearsome female warrior types. Meanwhile, those representing the forces of evil are decidedly dreadful demons. The game is also loaded with animation, which really brings the action to life.

Yggdrasil took a novel approach to the reel layout on the Age of Asgard slot. This epic showdown between good and evil takes place across matching reels (each set is five reels by three rows).

Both sets spin independently. Winning combinations are awarded for matching symbols along one of the 20 win lines active on both sides of the war. During the Age of Asgard Free Spins feature, the two reel sets become one, making a total of 50 win lines. 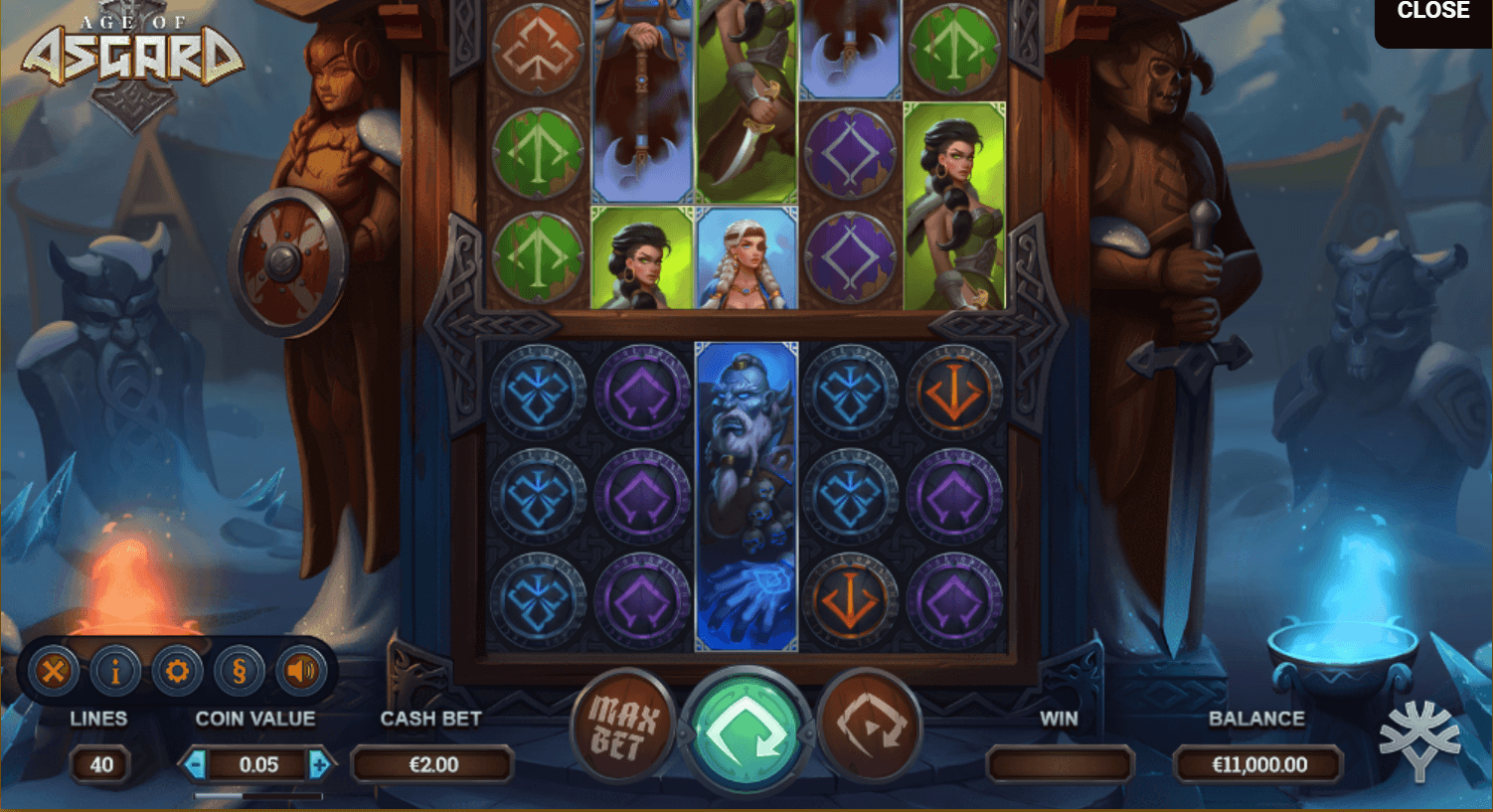 Yggdrasil says that the Age of Asgard slot RTP is 96.2% and the game has a maximum win of 2,444x the total bet. The game also features both an Auto Play function and an adjustable spin speed. It’s always important to play responsibly but even more so when using these features!

Special Features on the Age of Agard Slot Game

The three virtuous warriors and gruesome demons represent each reel set’s high value symbols and they always appear as stacks of three symbols. The good and evil Wild symbols in the base game are stacked too. During the Age of Asgard Free Spins feature, the two Wilds fuse together into a mighty six-tall stack!

If a Wild stack lands anywhere in view, it will nudge to fill the entire reel. If a Wild stack covers an entire reel at any point, it will stick in position and all the other reels spin again to potentially create extra winning combinations and trigger bonus features. 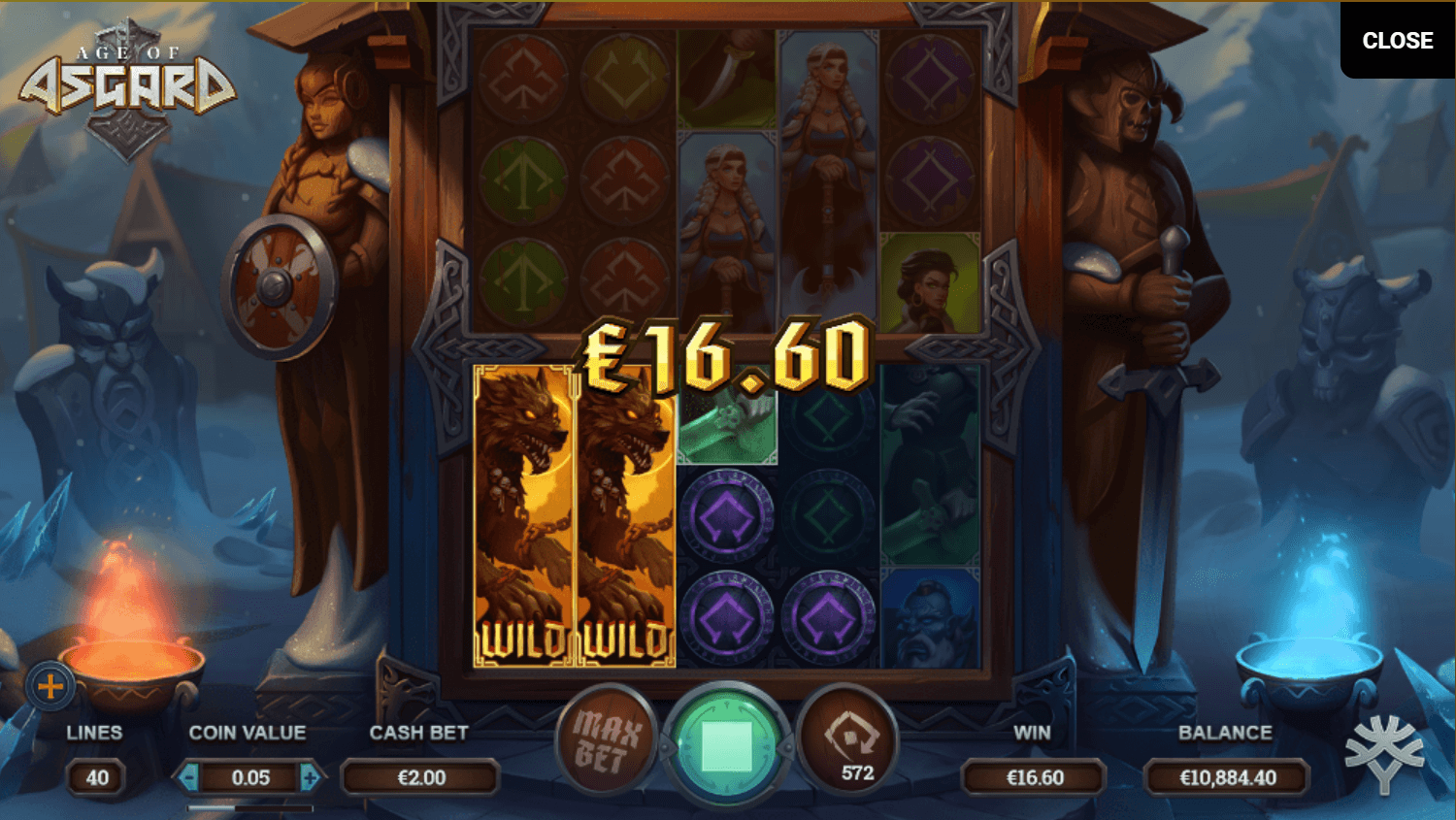 If you’re lucky enough to land two full Wild stacks on opposite reels at the same time, the Clash feature will begin. The forces of good and evil slam together in combat, spitting out a few extra single Wild symbols across the reels.

When three Free Spins symbols land on either the top or bottom reel set, you’ll receive 10 Age of Asgard Free Spins. The two reel sets fuse together for the feature and become loaded with only symbols from the set that triggered the feature.

The game’s two Stacked Wilds also join together during the Free Spins. This mighty six-symbol stack can still nudge to fill the entire reel and will still trigger the Clash feature when it does. The Sticky Wild Respin remains active during the feature too – making for even more chances to win!

If you hit three Free Spins symbols on either side of the machine and just two on the other, the Randomizer Wheel will appear. It spins and will land on a prize. You’ll either win 1,000 coins and the regular Age of Asgard Free Spins or an instant upgrade to the special Ragnarok Free Spins.

There is a second Free Spin mode on the Age of Asgard slot game. You’ll trigger the Ragnarok Free Spins through either the Randomizer feature or by landing three Free Spins symbols on both sets of reels at the same time. 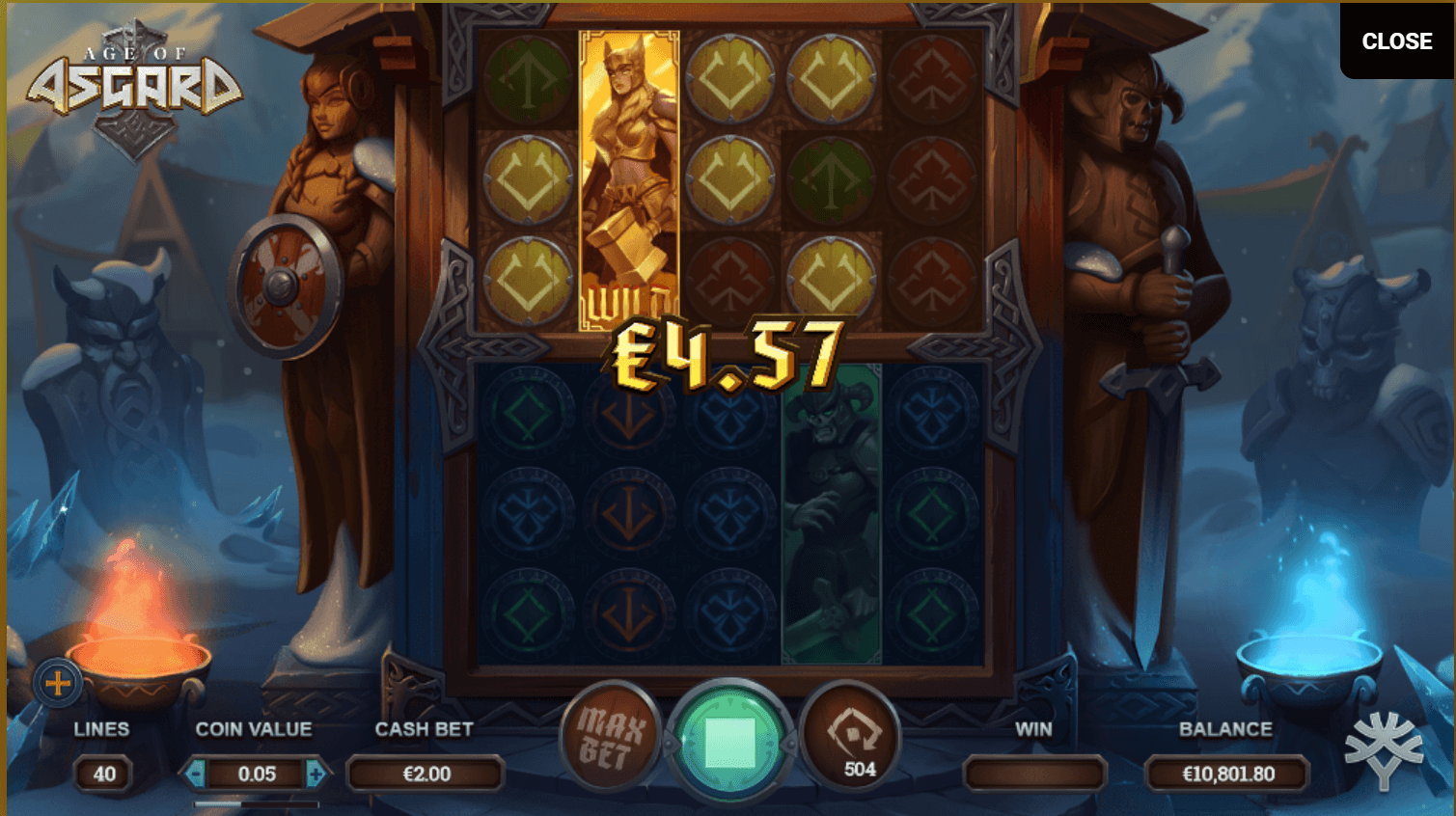 The Ragnarok Free Spins function a lot like the regular Age of Asgard Free Spins. The only differences are that only the high value symbols from both reel sets are present during the feature and each time the Wild Stack lands somewhere on the reels, it always nudges to trigger both the Clash and Sticky Wild Respin features.

The upper and lower betting limits on Age of Asgard are £200 and 20p respectively. Of course, if you’re not ready to play this online casino game for real cash, you can always try it for free and play the Age of Asgard slot demo in the UK at PlayOJO. OJO offers free versions of loads of his online slots!

Visually stunning and loaded with innovative special features, there’s a lot to love about this slot machine. Play the Age of Asgard slot in the UK at PlayOJO to join the battle yourself.

Microgaming’s Game of Thrones slot. Like Age of Asgard, this homage to the hit TV show is both fantasy-themed and packed with features!