African Quest Slot: A Safari in Search of Cash Prizes

Hey there, OJOers. Today, we’re getting wild out on safari on the African Plains. Just like on a real safari, the aim on Microgaming’s African Quest slot is to spot as many of the mighty beasts native to the continent as possible.

We’re especially looking out for the undisputed King of the Jungle. That’s because the more lions we see, the bigger the prizes! 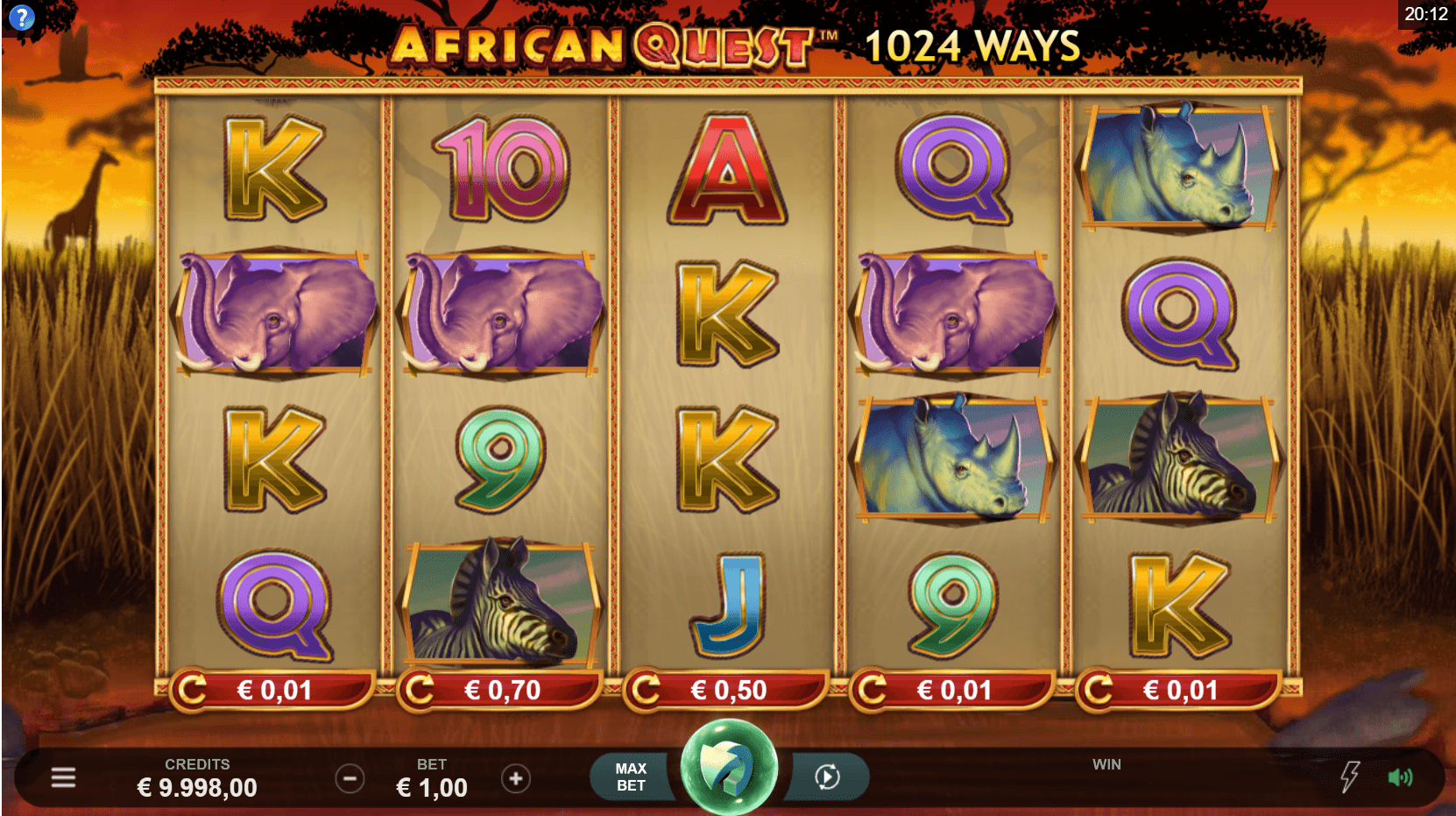 If roaming around the savannah in search of wildlife on the African Quest slot wasn’t thrilling enough, OJO has some great news.

Every new player at PlayOJO making their first deposit receives 50 Free Spins with no wagering. Just sign up and deposit, claim your free spins, and play the African Quest online slot in the UK today.

Just like real safaris, the action on the African Quest slot is set deep within the African bush. It’s sunrise and the majestic beasts of the land are just waking up.


The game’s high value symbols are each represented by one of the major highlights of any African wildlife spotting tour. Naturally, the most valuable of all the beasts is the mighty lion.

The African Quest slot game has five reels and four rows of symbols. Rather than use the win lines common on many online casino games, the slot awards pay outs for matching the same symbol on consecutive reels. Given the reel layout, there is a total of 1,024 different potential winning combinations.

Microgaming categorises the game as very high volatility. Prizes are generally pretty juicy on the title but you should expect them less often than on online slots with lower volatility. The African Quest slot RTP is 96.52% and the maximum win is an impressive 5,600x the total bet! 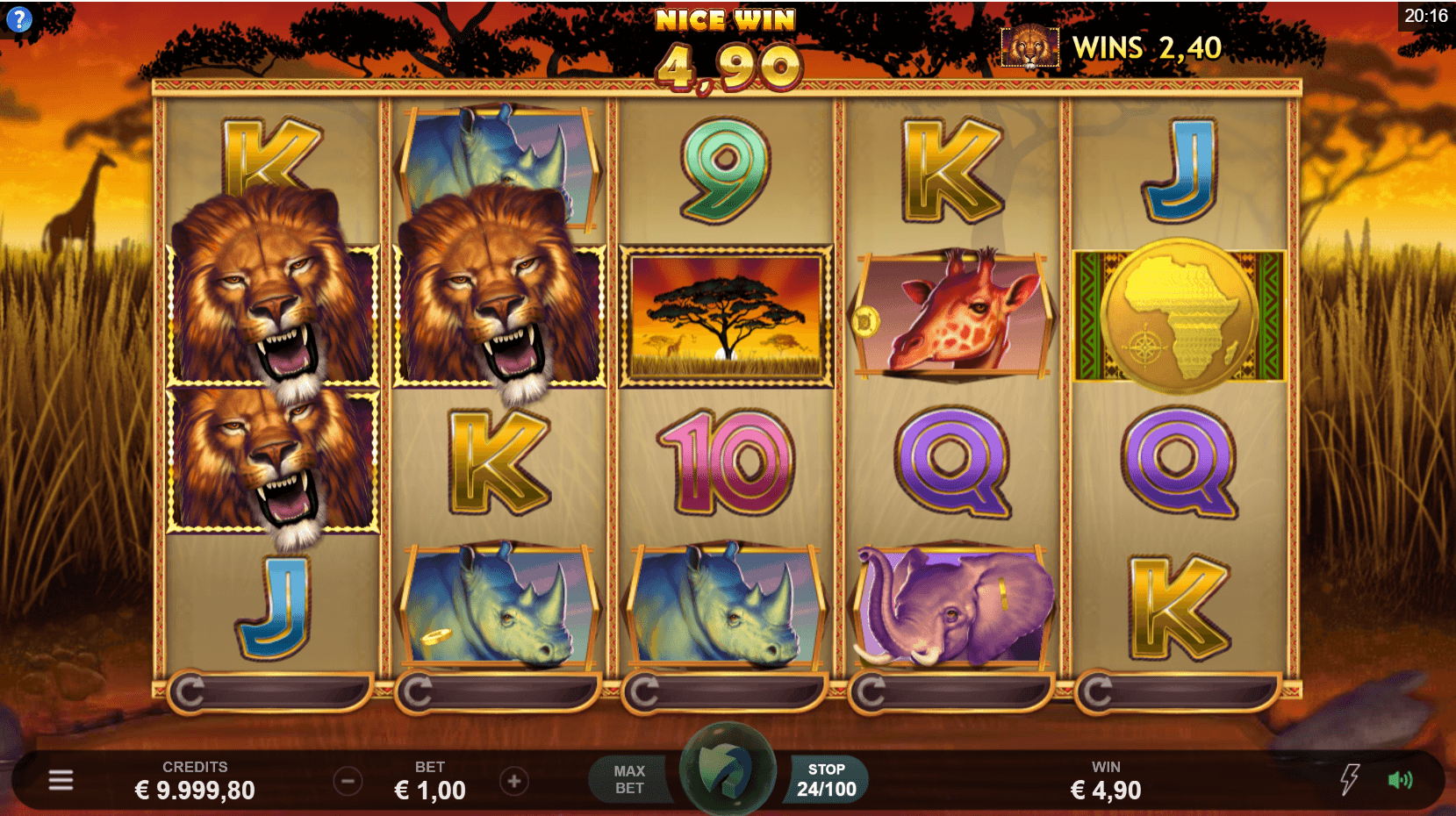 The African Quest slot also features both an Auto Play and Turbo Spin mode. These two features will considerably speed up the action but OJO would like to take the opportunity to remind you to play responsibly. It’s always important but even more so when using such functions. 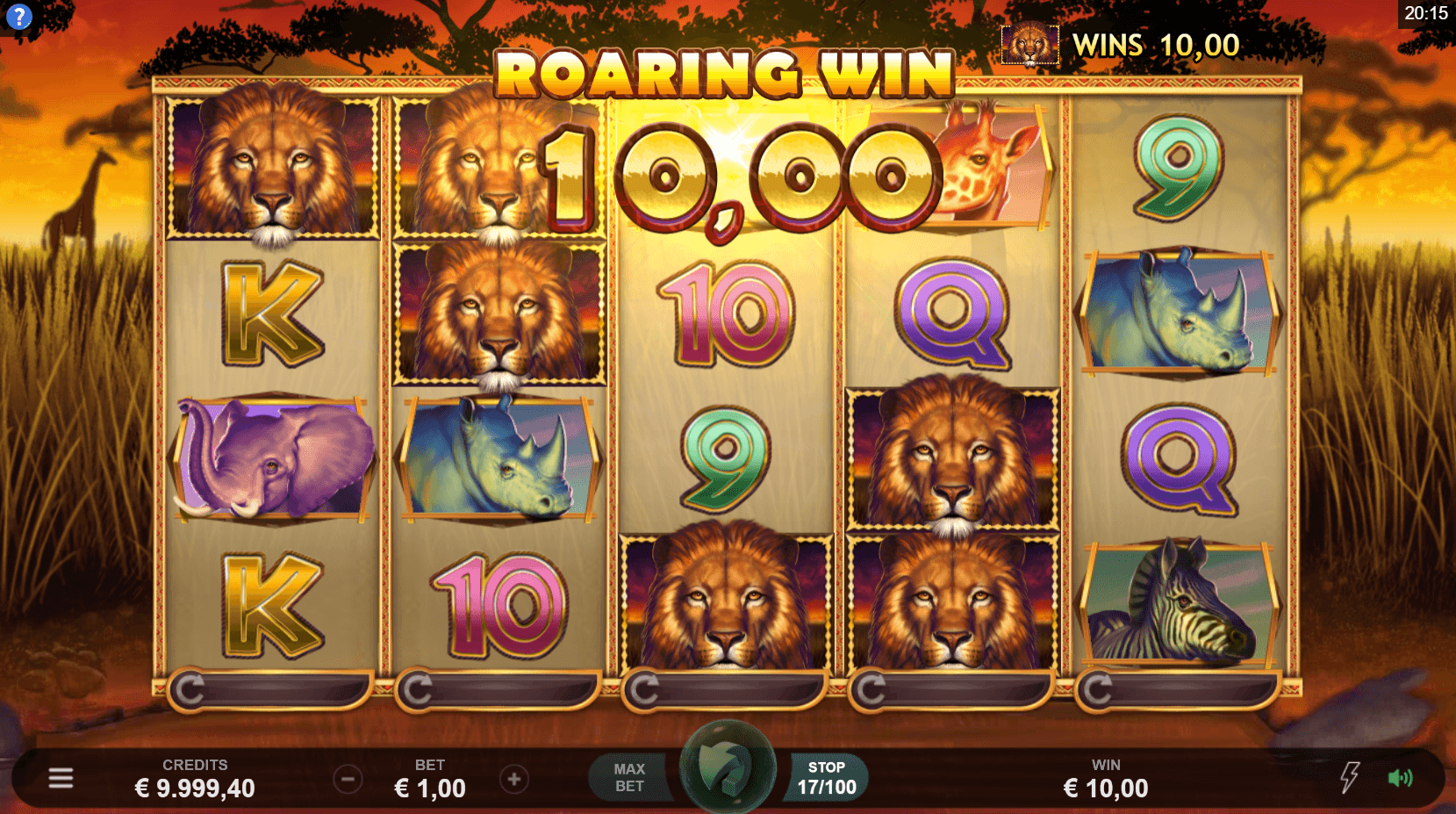 In nature, lions aren’t solitary creatures. When you see one, the rest of the pride usually isn’t far behind. The same is true on the African Quest slot. The high value lion symbol can appear in stacks of twos or threes, making for some epic winning combinations.

Following any spin during the base game, you can choose to respin any single reel for a cost. The price of the respin is displayed beneath the real. You’ll notice the price jumps when certain symbols landing on the reel would trigger either a big win or African Quest’s other bonus feature.

Land three or more African Continent Scatter symbols anywhere on the reels and you’ll receive a number of African Quest Free Spins (as well as an instant cash prize). Once you trigger the Free Spins mode, you must select one of three features.

Each has a different multiplier and number of free games associated with it – the higher the multiplier, the lower the number of Free Spins you’ll receive. 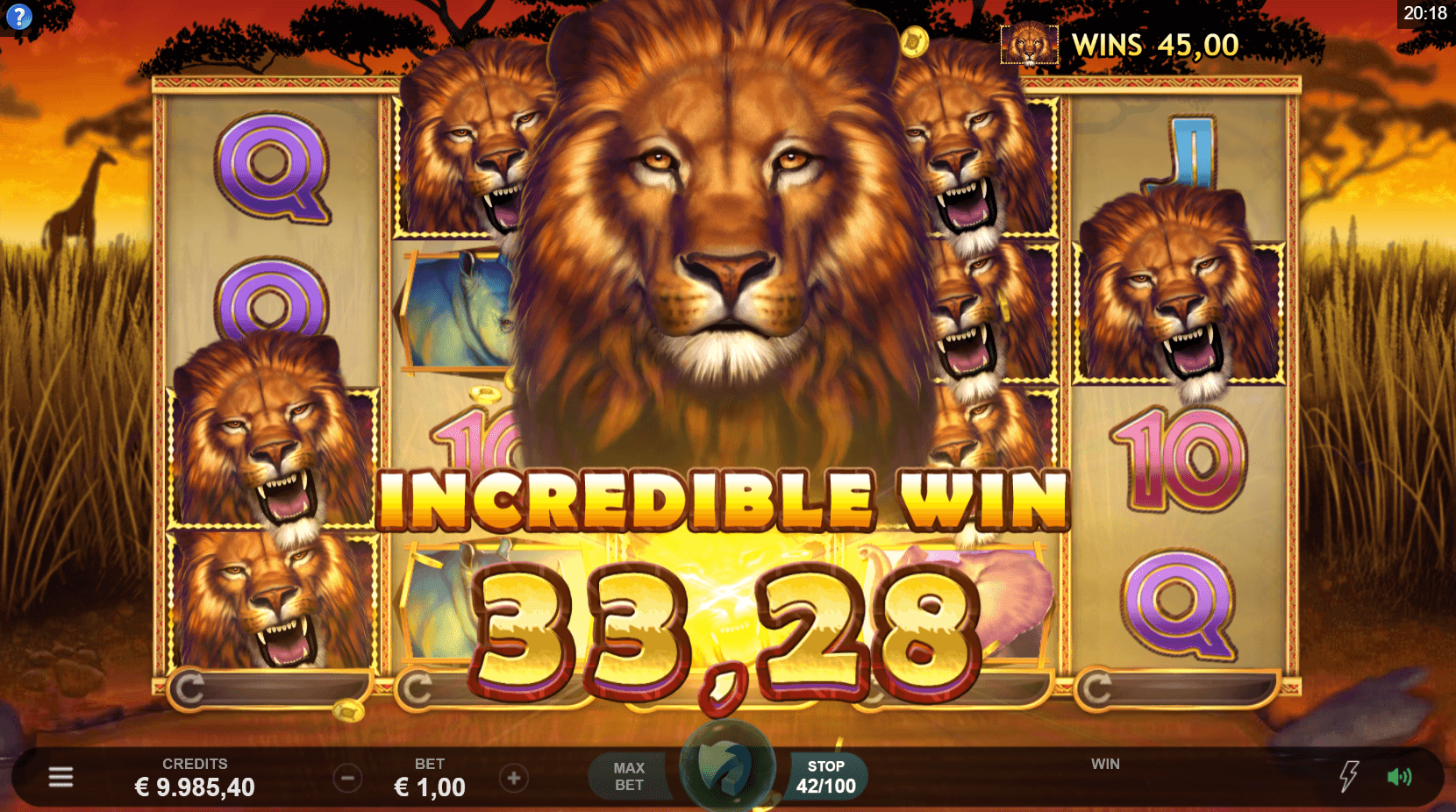 During the African Quest Free Spins mode, every win that uses the Savannah Wild Symbol adds an additional multiplier of the size selected before the feature. The maximum multiplier possible is a massive 64x!

Since the title has no win lines, you only need to choose the total amount bet per spin on the African Quest slot machine. The minimum is just 10p and the maximum is £15.

If you’re not ready to risk your own cash on the African Quest online slot, don’t worry! PlayOJO also offers an African Quest slot demo to try for free first!

OJO loves wildlife-themed online slots games and what wildlife could be more breath-taking than that found on the African Plains. With the African Quest slot offering up to a 64x multiplier as part of its Free Spins feature, a trip out on Safari could be quite lucrative indeed!

Safari King by Pragmatic Play. You can expect to see many of the same ferocious beasts as on the African Quest slot machine when playing this high volatility slot. The game’s potentially unlimited Free Spins feature is a great addition too!