Woweee, what a year it’s been! We went live with The OJO Show – our market-leading casino podcast, we launched our revolutionary ‘Hot or Cold’ feature for real-time game insights, and we shocked you all with our VERY raunchy Safer Gambling campaign starring Olivia Bowen. Top all that off with some of the best celeb interviews we’ve had yet, and you’ve got a very memorable 2021 – here’s a look at OJO’s year in Brief…

January – We dived head-first into 2021 with the third instalment of our ‘Fair Play in Football’ series, and this time it was ex- Chelsea, Arsenal and Tottenham legend, William Gallas who shared all with OJO. We heard all about his take on fairness in Premier League clubs, to name but a few footie topics. What a way to start the year off, eh? If you haven’t already, you can catch the full interview here.

February – We needed some serious warming up come February, so for Random Act of Kindness Day we gave away 1,000 Free Spins to players via our social platforms – all you had to do was say something lovely about OJO and we rewarded the first 100 comments with Free Spins… it sure made us feel all warm inside.

But that wasn’t all that February had in store for us… In celebration of our partnership with the Masked Singer UK, PlayOJO hosted a Virtual Talent Contest hosted by TOWIE legend, Jess Wright. Five amazing singing finalists battled it out in the live finale, but it was the oh-so-talented Carly Cunningham from Sunbury on Thames that was crowned the UK’s Best Amateur Singer. Don’t worry if you didn’t catch it at the time, you can watch the full Virtual Talent Contest right now.

March was non-stop action! We threw a legendary 8-day party to celebrate our 4th birthday and gave away £20k worth of prizes, including an IKEA Home Makeover, an LG 75″ 4k TV + Samsung Home Cinema Sound System and more.

Then to give our sexy singletons a helping hand, OJO teamed up with dating expert, James Preece to create 14 hacks to help you find love from the comfort of your homes, with our ‘Ultimate Guide to Virtual Dating’. OJO Cupid is never far away…

Available once every Sunday to depositing players. The Prize Twister awards a random prize of either cash, Free Spins, bingo or scratch cards tickets. A prize is not guaranteed. Tickets and Free Spins must be played within 1 day or they will expire.

We finished an eventful month with the launch of PlayOJO’s exclusive Safer Gambling tool, Safe Mate which has everything you need to easily keep track of the time and money spent at PlayOJO, plus handy personalised tips and more. Coz, that’s what mates are for.

April – What would 1st April be without a good April Fools gag, eh? Well we like to think we fooled a fair few of you with the launch of the EMOJO, our PlayOJO-style thumbs-up emoji which you could access there are then from your devices – yeah, right! But we thought it pretty darn believable… hands up if you fell for it.

Then it was time to say hellOJO to The OJO Show: our awesome podcast which provides no-nonsense tips and strategies for playing casino games. Hosted by gambler and industry insider Daniel Grant, you can listen to the OJO Show any time you like on Spotify or Google Podcast.

May – With Euro 2021 kicking off, we called in England legend Terry Butcher to give us his thoughts on the squad and his predictions on who he thought was gonna win. We all knowhow it turned out, but you can read the full PlayOJO Terry Butcher interview right here.

And coz our OJOers love a good Reel Spinoff, May also saw us launch the ‘Razor Shark Prizes’ Spinoff, where we gave away top-notch tech like an LG 86-inch 4K TV with Wireless Bluetooth plus over 18,000 Free Spins! Ooo we love a good spinoff.

June – You know that little jingle at the end of our TV and radio ads? “Play-O-JO!” – well in June we were officially recognised as having one of the most recognisable sonic logos in the UK, even beating the likes of Tesco! Altogether now… PLAY-O-JO!

Then it was time for our ‘Everyone’s a Winner’ campaign, where every day one lucky player would scoop up the £1,000 top prize! They just had to opt-in and spend £10 to enter the draw. And coz literally everyone was a winner, the runners up were treated to an exclusive OJO reward. Bloomin’ marvellous.

July meant one thing for many of us – and that was Love Island! So to quench our summertime thirst, OJO met up with Love Island heart throb, Callum Jones to hear about his views on the 2021 show, the pressures of being a contestant himself, and loads more juicy goss. Read the full Callum Jones interview here.

Then July got really heated up… as we scooped up the EGR Bingo Marketing Campaign Award 2021 which was in recognition of our exclusive drive-in bingo event hosted by Gemma Collins.

It wasn’t long before the champagne was popping again, as we welcomed Playtech games to the OJO mix! The casino giant brought with them their flagship Fire Blaze Jackpot series, plus their brilliant selection of classic slots and Live Casino. It’s a match made in heaven I tell ya… Playtech and PlayOJO are now exclusive!

But that wasn’t the only new addition in July, because we also introduced our new payment method, Trustly which meant that OJOers could now get cash in a flash, with lightning-fast deposits and withdrawals. How good it that? More info on Trustly here.

August was a game-changing month for OJOers near and far, and that’s because we launched our exclusive ‘Hot or Cold’ feature – your unique chance to see the most and least profiting games of the moment… based on real game-play activity! Coz you’re in the driver’s seat now, pal…

Then before we knew it, we were throwing candles on the cake for Fair Bingo’s 1st birthday, which just happened to coincide with us winning three Which Bingo Awards: Best New Bingo Site, Best Pragmatic Play Bingo Site and Best Slots site – hip, hip hooray to us!

And to finish summer off with a bang, we threw OJO’s Summer Spinoff, where the race was on for £10,000 worth of prizes, including the likes of 10-foot swimming pool! You keep coming, we keep providing the awesome prizes…

September brought with it a spanking new casino podcast series from the OJO Show, this time all about Roulette! To get wheely clued up on everything Roulette, listen to the OJO Show 24/7 on Spotify or Google Podcast.

We finished September off with another race up the leaderboard, this time with our ‘Desert Delights’ Spinoff. It was an Arabian desert full of top tech prizes that were up for grabs, including an Apple 13‑inch MacBook Pro and a Xiaomi Mi Pro 2 Electric Scooter. But don’t worry if you missed one – the next spinoff prize pool is never far away…

October was when we introduced our Visa Fast Funds withdrawal method, giving players their wins within mins of the standard approval process! No more waiting around for you wins… that’s so last season darling! Learn more about getting your wins without the wait with Visa Fast Funds.

November – Things got rather saucy in November as we recruited Love Island’s Olivia Bowen to front our Safe Bets campaign. I mean, we had to make sure the Safer Gambling message came across strong…  so we gave away thousands of condoms (yes condoms) to players, each with a saucy-yet-serious tip for safe playtime. We also made a hilariously x-rated video featuring Olivia herself and some very suggestively-shaped fruit and veg. Ooo-er.

December – What better way to get into the festive spirit than by dancing, eh? We teamed up with Strictly Come Dancing’s James Jordan to create the ULTIMATE happy dance, because we reckon that life’s winning moments deserve that extra razzle dazzle! Put the OJO MOJO into your next Happy Dance and next time life is really going your way, you’ll know just the moves you need!

Sheeesh, what a year it’s been. If you think 2021 was jam-packed, you just wait to see what we have in store for you for 2022, starting with some free exclusive Masked Singer treats you’ll only find at OJO. Watch this space pals…. 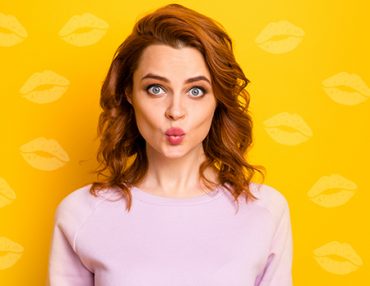 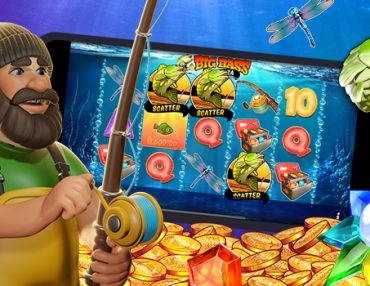 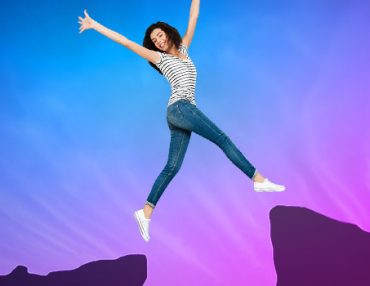 10 TIPS: HOW TO KEEP YOUR NEW YEAR’S RESOLUTIONS