Mwaaaah! Don’t be shy – we all love a good smooch. And if you’re ginger, today’s your lucky day because it’s Kiss A Ginger Day! Blondes and brunettes are soooo 2022!

In honour of this momentous occasion, we wanted to find the dishiest pair of red-headed celebs so after brainstorming at OJO HQ, we’ve come up with our top picks. But are they the hottest gingers on the block? There’s only one way to find out…

More like Prince Charming, am I right?! Hazza is everywhere at the moment! He’s one of the most recognisable gingers on the planet and for some, he’s also pretty dashing. Meghan Markle certainly agrees! Sorry OJOers, you can look but you can’t touch – these crown jewels are off limits.

Amazingly, Prince Harry only came 12th in a recent list of secret celebrity crushes. Although, he did finish behind Piers Morgan, so we’ll take that poll with a lorry full of salt.

After bursting on to the scene in Superbad, Emma Stone hasn’t looked back and her strawberry blonde locks have caught the eye in countless blockbusters, including Zombieland, The Amazing Spider-Man and Cruella.

And if her acting skills weren’t impressive enough (did somebody say Best Actress at the Oscars?!), she can also carry a tune. That’s right, she was the voice behind five of the songs on the La La Land soundtrack. You go girl!

Whether you like his music or not, little Ed’s certainly a cheeky chap and anyone that can play guitar gets a big yes from us. You may fancy him but is he in love with the shape of you?

We doubt it because he married his high school sweetheart back in 2019 and recently welcomed his first child into the world. Still, having a crush on him is no bad habit. Does he make your A-Team?

Hollywood is bursting at the seams with gingers and Amy Adams ticks all of OJO’s boxes. Another fantastic actress, she has no less than six Oscar nominations to her name.

To make things even better, she’s also a keen activist and has done an incredible amount of charity work to help children in need of education, brain cancer charities and plenty more. She sounds like marriage material to us – but unfortunately, you’ve all been beaten to it. Better luck next time!

Otherwise known as Ron Weasley, Harry Potter’s sidekick wasn’t turning many heads while he was studying at Hogwarts. But boy oh boy has this ginger blossomed!

There’s no need to use a love potion on us Rupert – we’re sold! So, which one of our gorgeous ginger guys is your favourite?

Let’s face it, the noughties wouldn’t have been the same without Girls Aloud. And, luckily for us, one of their members was ginger – say hello to Nicola Roberts!

If you weren’t a fan of her during her girl group days, you’ll definitely recognise her from The Masked Singer UK. Otherwise known as ‘Queen Bee’, she was crowned the winner of series one back in 2020 before returning as a guest judge in the second series.

And if you fancy unmasking some fun playtime, you can enjoy the official Masked Singer UK slot, bingo and slingo games right here at PlayOJO. That’s not all either – you can also take on Prize Disguise, our daily free-to-play game that could see you win up to £1,000 in cash prizes. Get in! T&Cs apply.*

Who’s the fairest of them all?

Right then, OJO gang! We’ve picked our top three male and female ginger celebrities. Did any of them catch your eye? Let us know on our socials which ones you prefer, or if you think we’ve missed anyone out. Happy Kiss A Ginger Day! 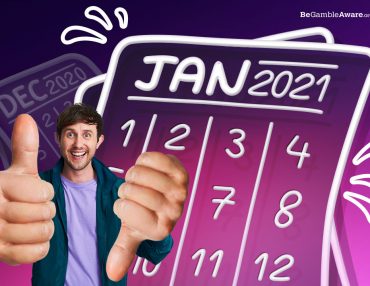 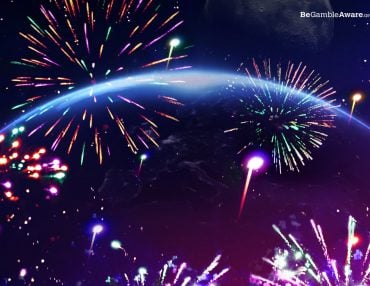 6 NEW YEAR TRADITIONS YOU WON’T BE TRYING AT HOME