Christmas and New Year’s Eve may be over for another year but don’t worry, the party’s only just getting started. Yup, you guessed it – The Masked Singer finally returns to our TV screens tonight. As we’re the home of feel-good fun, there’s no better way to celebrate than by putting on our best costumes and unmasking the official Masked Singer games.

Prize Disguise is back for another year, with daily chances to win up to £1,000 cash. Plus, all your favourite slots, bingo and slingo games are primed and ready for a sing-song. We’ve waited long enough so let’s get into it – introducing, this year’s official Masked Singer UK games!

It’s the news we know you’ve all been waiting for – Prize Disguise is back for an encore! That’s right, our free-to-play daily game has returned, giving you the chance to win cash prizes up to £1,000. Our exclusive game is available every day and it’s completely free! All you need to do is login from midday and pick a Masked Singer character to unmask.

There are cash prizes, free spins and free bingo tickets waiting to be discovered and whether you win a prize or not, you can come back the next day to have another go. Plus, if you make a deposit, you’re guaranteed to win a prize the following day.

Prize Disguise isn’t the only treat we’ve got for you because you can take a spin on not one but two slots. The big money can be won in the Masked Singer UK slot, with cash prizes up to £200,000 waiting to be unmasked.

Get a backstage pass to wilds and wild masks, which can add multipliers up to 4,050x. And you can unlock free games when you land three scatters.

If that’s not enough, Masked Singer UK: Riches Revealed is also on our star-studded line-up. Rub shoulders with the superstars of series three, with Robobunny, Mushroom and reigning champion Panda all on hand to help you out.

Wins up to £50,000 await, plus a bonus game, special scatters and dynamic wild reels that expand to boost your prize money.

Once again, you can take to the stage in the official Masked Singer UK bingo room. Hit the high notes and enjoy some 90-ball fun, with pattern games based on all of your favourite characters.

Wanna know the best part? There’s a jackpot that is guaranteed to be won every single day! If it hasn’t dropped by 8pm, the ball count will increase by one number each game until somebody pockets the prize.

So, strap in and get ready to play detective again! Join us in the official Masked Singer UK bingo room every day from 5pm until 11pm. Eyes down, masks off!

You’ve taken a spin on the slot. You’ve had a ball playing bingo. Now it’s time to sing your heart out and enjoy the best of both worlds in the official Masked Singer UK slingo game!

Play for big wins up to £100,000 alongside characters from season three. It wouldn’t be a Masked Singer game without some awesome bonus features, so keep your eyes peeled for free spins and win multipliers. Slingo, go, go!

Natalie Imbruglia (AKA Panda) was unmasked as the winner last year, but 12 new celebs are set to face off to be crowned as the new Masked Singer champion. There are plenty of vibrant characters warming up their vocal cords as we speak, including Ghost, Jellyfish, Rhino and Pigeon.

As ever, helping you along the journey are judges Jonathan Ross, Davina McCall, Rita Ora and Mo Gilligan, plus charming host Joel Dommett. So, strap in for a brand-new detective adventure, kicking off on ITV at 6:30pm tonight.

And don’t forget, whatever Masked Singer UK game you play, you’ll get money back on every game. Plus, anything you win is yours to keep and withdraw as cash, with no minimum withdrawals. Have fun! 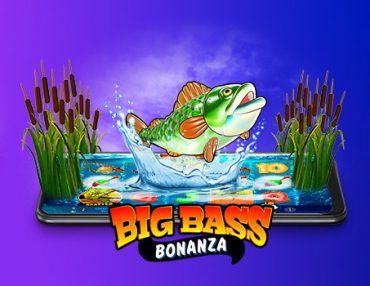