10 MOST COMMON SUPERSTITIONS FOR FRIDAY 13TH

Is Friday the 13th the scariest day of the year or just a classic 80’s slasher flick?

Before we get to the best known superstitions, let’s get you up to speed on the day itself.

What’s up with Friday 13th?

It may have its roots in Norse mythology, when god Loki stirred up trouble as an uninvited 13th guest. Or it could be down to Judas, the 13th guest at the Last Supper. Did they take place on a Friday though?

Fear of Friday 13th is called paraskevidekatriaphobia, though it might just be the prospect of saying it. It’s the most feared day of the year in the US. With air travellers avoiding it like the plague, it’s responsible for a $1 billion drop in business.

According to lift-maker Otis, 85% of tall buildings they supply don’t have a 13th floor! You might also  struggle to find row 13 on certain planes and even room 13 in some hospitals (and here’s me thinking they trusted the science).

A classic Halloween symbol, black cats have had a bum deal over the centuries. Sailors believe they’re bad luck, period. Some think they are witches in animal form, or have supernatural powers. Do they have to cross your path, or just sit there and stare to trigger some dark omens? The terms & conditions are not clear.

Judas knocked over a salt cellar at the Last Supper, but in fact this superstition dates back even further to Roman times. Giving salt was a sign of friendship, so spilling it was bound to create some beef. If you spill the salt and are worried about your luck, toss some over your left shoulder and you’ll be fine. Possibly. Just make sure you clean it up after.

Here’s one from ancient times. Ladders symbolised the sacred trinity in Egypt, so wandering beneath one was asking for trouble. Apparently there was a ladder up against Jesus’ crucifix, so the already unfairly maligned ladder became public enemy no.1. Duck under at your peril!

We’ve all heard this superstition, but the origin is disputed. It’s probably down to the fact that the first umbrellas were clumsy and difficult to open, so a hallway wasn’t the smartest place to unfurl it. Not occult enough for us!

A newer entry in the Superstitious Super League, some jobseekers avoid starting a new role on the unluckiest day of the year as it increases the chances of the company going bust!

Fancy 7 years of bad luck? Didn’t think so. The Greeks and Romans both saw mirrors or looking glasses as a powerful way to tell your fortune. If your reflection looks distorted, you’re in for a rough ride.

7. Don’t see the groom on your wedding day

Weddings are a breeding ground for superstitions. Catch the bouquet and you’ll find Mr or Mrs Right. Save the top layer of your cake for your 1st anniversary and although it’ll be dry and inedible, it’ll keep the flame alive.

But the best known superstition? It’s bad luck to see the bride in her dress before the ceremony. This actually comes from the days of arranged marriages, where bride and groom were discouraged from seeing each other before the ceremony, in case one of them made a dash for the door!

Time for some good luck! Wishbones are a bit like Christmas crackers. You grab one side, I’ll grab the other. Give it a pull and whoever wins gets some good luck. (Does the loser get bad luck too?)

The forked wishbone has also been used to divine things, and stroked for good luck. Stick to snapping, we say.

9. Find the penny in the Xmas pud

While we’re on the subject of pennies, here’s a festive favourite which we must keep alive. Pop a nice clean coin in your Christmas pudding mix. If it turns up in your bowl, you’re quids in.

“Find a penny pick it up, all day long you’ll have good luck”. Or so the saying goes. But it’s not as simple as that. Apparently, it’s good luck to pick up a penny if heads is facing up. But if it’s tails, you should flip it over and leave it for the someone else to find.

Do you believe in bad luck, or do you make your own? At PlayOJO, we stick to giving you a fair deal and leave the luck to you! 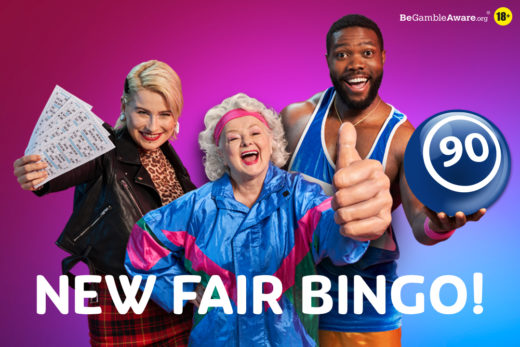 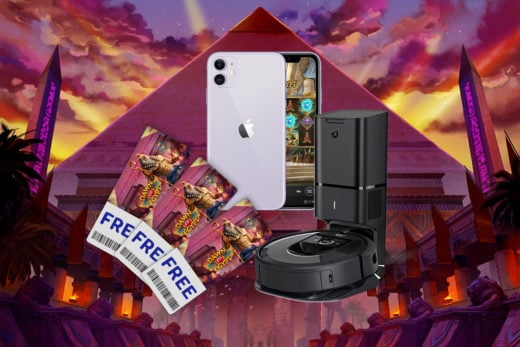 WANNA WIN A TRIP FOR 2 TO EGYPT? 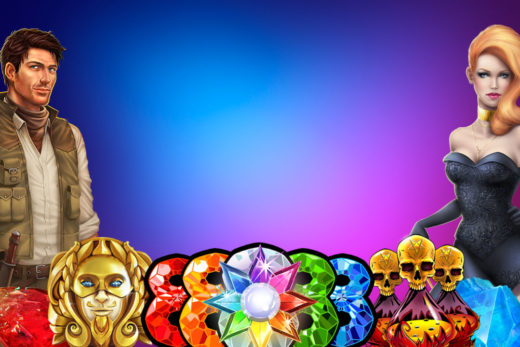