SUMMERTIME, WHEN THE SPINNIN’ IS EASY…

Summer 2019 is officially upon us!

Let’s face it, the countdown to summer for us Brits starts soon after Christmas is wrapped up. Afterall, t’is the season of long light evenings, Pimms o’ clock and even the odd hot sunny day (if we’re really lucky). Although we do sometimes enjoy hot summers, the general rule is that you can’t plan a barbeque in this country and that if you want a guaranteed vitamin D fix, you’d better book a flight.

The 1st official day of summer is this Friday 21st June and whether it’s a case of sunning ourselves outdoors or snuggling up under a blanket indoors, OJO will make sure that the summer lives on, and there ain’t nothing Mr Weatherman can do to stop it.

Summertime all the time!

Whatever the weather, OJO has a bucket load of sun-inspired games to keep you vibing this summer, starting with the scrumptious Sunset Delight from Thunderkick. Set by the seaside, the reels on this tasty number are scoops of different flavoured ice-creams that pile on top of ice-cream cones with every spin. The Free Spin feature in this game is the one to watch and can lead to a multiplier of up to 100x!

The scatter is a mini-wafer that sits in the ice-cream scoops – getting 3 simultaneously leads to the Free Spins feature which rewards 5 Free Spins but look out for the Step/Spin symbol which is a scatter during the feature. I’m salivating at the mere thought of it!

Soak up some Sicilian Sun

If it’s some beach time that you’re after, you’re in for a treat with Sicilian Sun slot from Merkur Gaming. You’ll be packing your suitcase once you’ve soaked up some of the cultural delights in store for you here, including horses, tribal instruments and of course the beautiful local guide next to the reels.

This game is all about the Colossal Wilds which can help you to form multiple wins at a time, paying both ways. There are wins of up to 500x your stake up for grabs here so your next beach hol could indeed be in the making.

Get on the Sun Quest!

We all know about the quest for the sun, which is apparent by the number of us who fly away every summer to look for it.  Well, true to its name, that same quest lives on in Sun Quest slot by Microgaming where you’ll find more of a sunset fusion, but who doesn’t love a good sunset, ey?

The reels are full of your traditional casino symbols, especially the fruity ones – great for your 5-a-day. The max game prize in Sun Quest slot is 10,000 coins and you can win that by getting 5 golden SunQuest symbols. There’s also the very colourful Scatter symbol completes a winning combination when three or more of these appear anywhere on the reels. Now let’s be true Brits and go on a sun quest! 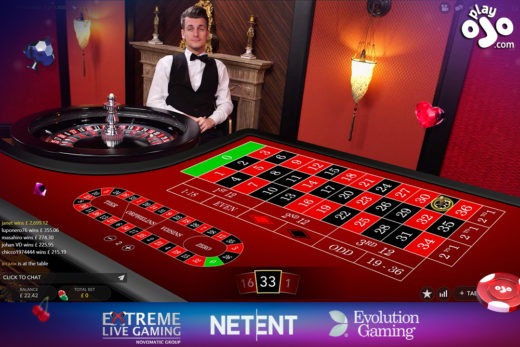 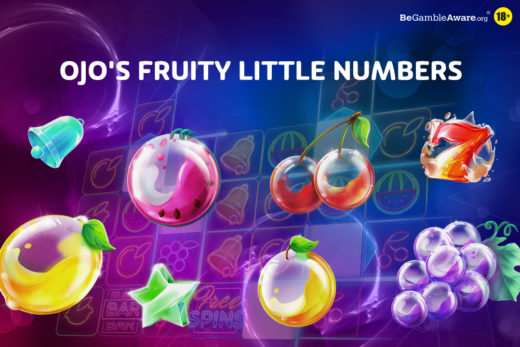 THE PERFECT FRUIT SLOT MACHINES FOR YOUR 5-A-DAY 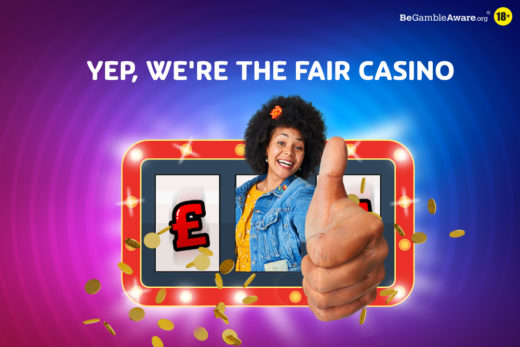 HOW PLAYOJO CASINO IS THE FAIREST OF ALL