What is double down in blackjack?

Once you get your blackjack hand, you have the option to double your bet but receive only 1 more card. Some tables allow you to double on any starting hand, while others let you double down on starting hands worth 9, 10 or 11.

Doubling is a powerful weapon in your blackjack armoury as it lets you increase your stake in situations where you are the most likely winner.

How much money can doubling make you?

Any online blackjack guide will tell you how the doubling down rule works, but few understand how important it is to your bottom line. Getting dealt blackjacks is by far the most powerful weapon in your battle with the dealer, but it’s one you have no control over. Knowing when to hit or stand is next on the list, but knowing when to double isn’t far behind.

Let’s look at a classic doubling opportunity, where we have a hand worth 11 and the dealer has a 9. Using the right doubling down strategy, at £1 stakes on average we make a 23p profit, as opposed to a 16p profit if we hit.

Soft 18 against a 6 is another common scenario. Here we make 28p profit if we stand but we make 38p if we double.

In both cases, we make between 35% and 46% extra by taking the plunge and doubling down. That’s an increase worth having. Put another way, it’s the only way to stay competitive in a game where you’re up against a house edge of 0.5%.

When to double down: Basic strategy in action

It’s not enough to know what does double down mean. You have to put it to good use to get the full benefit. Most double down decisions fall into 2 categories:

In the first case, it’s obvious why you’d want to capitalise on a hand worth 10 or 11 when the dealer has a worse hand. You’re now ahead and should stay that way, barring any bad luck.

In the other scenario, the dealer is extremely weak (if they have a 5, for example) and they will bust more than 40% of the time.

Your Soft hand (a starting hand with an Ace which can still count as 1 or 11) might already be good enough to win, but you get a free shot to improve it anyway as it is impossible for you to bust on the next card. Either way, you’re betting that the dealer busts.

Getting more money on the hand in blackjack is often a profitable play.

Unless you’re learning how to play blackjack perfectly and memorising as much of the info in Basic Strategy charts as possible, you’re better off remembering a few simple rules.

These will ensure you double correctly most of the time when you play online blackjack. If you want to increase your skill level with the minimum of effort, this is the way to do it.

According to Basic Strategy charts in our blackjack guide, there are 39 situations where doubling down is a good move, and these 3 rules cover all but 6 of them.

If you are playing at tables with blackjack rules that only allow doubling on 9, 10 & 11, you won’t be able to use rule #3. That cuts your doubling options by 18, which is almost half! Being able to double on any two cards cuts the house edge by roughly 0.1% house edge. It doesn’t sound much until you consider the entire house edge is around 0.5%.

Blackjack pros will spot that with these 3 rules, we miss out on 6 good chances to double, and we double in 2 situations where we should really just hit. If you want to ensure you double perfectly every time, following blackjack charts is the only way to go.

Basic Strategies in blackjack may sound pretty easy but they are actually they are the most advanced skills you can learn – a roadmap to perfect blackjack. I’ve greyed out everything on this Basic Strategy chart for an 8 Deck S17 game (the most common type of blackjack in the UK).

Pairs are treated differently to their starting value in basic strategy charts, because of the possibility of splitting in blackjack. The only hand in blackjack where you might consider whether to double down or split is a pair of fives.

For the purposes of doubling strategy, we lump 55 in with other hands in blackjack that are worth 10, because splitting here would be a terrible play. And it’s worth 10, so what are we waiting for!

So that’s the complete picture of when to double down in blackjack. And although there are less than 40 hand matchups to learn, blackjack players rarely get every move correct. When we mistakes in this area, we either her double too much or too little.

Turning down a profitable double is a much more common mistake than doubling too often.

Refusing to double down when the math says you should is among the worst mistakes in blackjack. Making a smaller profit may not sound as bad as losing your stake, but in a game with a house edge, every bet won or lost counts!

When you decline to take the double, you will win the hand most of the time anyway, so it may still feel like a win. But your job as a budding blackjack pro is to make the most profitable decisions, as often as possible.

If you’re afraid of doubling down in case you get a low blackjack card and are stuck with a bad score, remember that you still have a chance to win the hand. Even when the dealer starts with a 10, they will bust on average around 20% of the time!

Here’s an example of that exact scenario in action:

Doubling too aggressively is a rare flaw you don’t see much at the blackjack tables. The only time I really see this error is when players greedily double on Soft hands when they should either hit or stand. But even then, the difference in profit or loss between doubling down or not is so small, it could barely be called a mistake.

I have occasionally seen a player doubling down on A6 (Soft 17) against a 7. It’s an aggressive and unnecessary move. You make an average profit of 5p (per £1 bet) by hitting, and lose 1p by doubling. Interestingly, standing results in a 10p loss! So even with an aggressive play like this, the hands are so evenly matched that it makes relatively little difference in the long run.

What is a double down in blackjack?

The doubling down rule lets you double your bet after the hand has started. Depending on the rules at your table, you can double your bet on any 2 starting cards, or only if their total value is 9-11, 10-11 or just 11. Once you’ve matched your initial bet, the dealer gives you only 1 more card, and your hand automatically stands.

Why do I only get 1 card after I double down?

Doubling increases your chances against the house, and accounts for a decent chunk of the house edge. To balance out the benefit to the player of doubling down, casinos give you only 1 more card. If you were able to play the hand as normal, the advantage to players would be too great.

Should you always double down on 11?

No, not always, but most of the time. The only time when you should not double with 11 is in 4-8 deck S17 games when the dealer has an Ace. In this scenario, you should hit. As this is the most popular form of the game in the UK, this exception to double down strategy is worth remembering.

Can you double down after hitting?

No, the option to double down in blackjack is only available when you are dealt your 2-card starting hand. If you hit or stand, you cannot then double. There is one exception however. At some blackjack tables, you can double after a split, as the dealer considers your split pair to be new starting hands.

Can you double down on 21 in blackjack?

No. Doubling Down is only available after you’ve received your starting hand. If you made 21, you have Blackjack and your hand is automatically over (aside from the Even Money insurance bet). Even if you were permitted to double down on 21, it would be suicide, as you would be guaranteed to bust!

Can the dealer double down?

No, the dealer has only 2 options, hit or stand, and they must keep hitting until they make 17 or bust. They are not allowed to double, split or surrender. 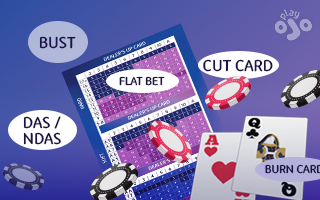 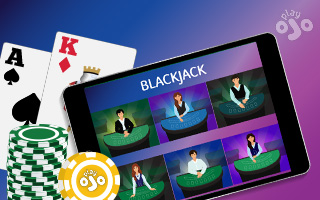 How to spot the best casino blackjack tables 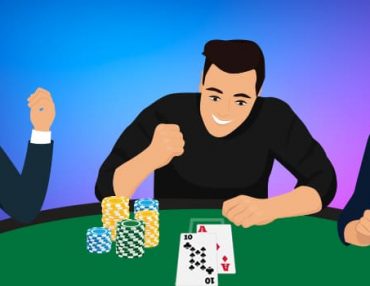 How to play blackjack with friends