Bingo Around The World

Millions of games of bingo around the world are played every day, from tiny rural communities to massive purpose-built city arenas. It may go by different names, but bingo is a global sensation that’s reaching more players every year.

Take our tour of bingo around the world with OJO to find out which citizens are the most bingo crazy, and which countries’ politicians need a good kick in the bingo balls!

In some countries around the world, bingo is a social club situation. Elsewhere, it’s an online phenomenon played by millennials of both sexes. But one thing’s for sure, whatever the number of balls, and whatever prizes are up for grabs, bingo has a devoted following in almost every nation on Earth. Icy Artic Bingo, anyone?

Bingo may be a global phenomenon but it was born in Europe and it’s still going strong!

Italy is the birthplace of bingo and the game is just as popular now as it was hundreds of years ago. Italy was responsible for many of the great inventions including banks, barometers and botanical gardens (we’re sticking with Bs for brevity), but bingo may be the most enjoyable.

Although the game was played primarily in land-based venues, online bingo was legalised in 2006 and has since taken over as the medium of choice for bingo ballers.

The Spanish have always love a good numbers game, and their Spanish lottery is even played by players all across the world. They love bingo too and flock to their 300 bingo halls every week, although both men and women also find time to play online bingo too.

In France, bingo is often played to raise money for local organisations such as schools, though it is usually called ‘lotto’. Players use tokens and reusable cards or ‘cartons’ (some even bring their own tokens or discs with them), but otherwise the game is identical to the 90 ball games played elsewhere on the continent.

Instead of ‘BINGO!’, players shout ‘carton’ for a full house or ‘quine’ for a line. As well as cash prizes, local bingo events often give away physical prizes donated by sponsors or supporters. No traditional bingo halls are known to exist in France, but as internet gambling is a legal, regulated industry, online bingo is on the up.

Bingo is particularly popular in Scandinavian countries, with Finland and Sweden leading the charge. Sweden can also lay claim to its own variant, Swedish Bingo, a type of 75 ball bingo with no free centre square and a line bingo prize structure.

Bingo hit the big time in Romania in the years after the oppressive Ceaușescu regime ended, with specialist bingo halls drawing in huge crowds. Although online bingo has also taken off, it’s the popularity of land-based bingo in Romania that have contributed to the nation’s place in the top 3 European countries by player numbers.

Although bingo is well-loved in other European countries, the UK may have the most bingo players per capita, and the most bingo games every week. In the post war era, bingo halls sprung up in every town, but although many still remain, online bingo is now king. With fair, convenient bingo games running every couple of minutes at PlayOJO Bingo, we can’t really blame them!

UK bingo players are an open-minded bunch when it comes to favoured flavours, but 90 ball is still the most popular variant throughout the land.

Bingo is big business in Ireland where the game is played in bingo halls, social clubs and online. Although bingo is becoming more popular with younger demographics in the UK, land-based bingo in many parts of rural Ireland is still most popular with the older generations.

Bingo came under the spotlight in 2019 when the government proposed a new law which restricted the percentage of entry fees that could be redistributed as prize money, but campaigners hope this ‘50% rule’ will not reverse the nation’s love affair with bingo.

There’s good news for charities however, who are set to benefit from a bigger slice of the proceeds from land-based bingo games. Without stereotyping too much, the Irish love a bet and it’s no shock that online bingo is alive and well in the Emerald Isle.

Bingo in the US

Leaders of the free world (possibly) and leaders in world bingo too! Though it was conceived in Europe, the game was truly transformed across the pond, and the USA is still the centre of the bingo universe where 75 ball bingo reigns supreme.

Licenced American bingo halls or bingo in casinos is rare outside of states like Nevada, so bingo is mostly played in churches and social clubs, or used at fundraising events.

For the world’s most bingo-happy populous, it’s astonishing that online bingo hasn’t flourished. Since the country’s crackdown on internet gambling in 2006, almost all types of online gambling have been illegal. But certain states are now blazing a trail, notably New Jersey, so the future for online bingo is looking brighter.

Columbia has a growing segment of licenced bingo halls and the game is apparently on the rise. In Brazil, politicians have flipped and flopped over the legality of bingo. After being outlawed for decades, traditional bingo halls were legalised in the 1990s and the country’s bingo fan base exploded.

Sadly, bingo and slots came under fire again in the mid 2000s during a period of political scandals and despite unregulated bingo contributing billions to the economy, the situation has remained unclear ever since.

In Argentina, bingo halls have brought in welcome revenue for the government, so it’s likely the 50 bingo halls will continue to play their part in the nation’s thriving bingo scene for years to come.

Lastly, Chile, whose government see the benefit to tourism and the revenue potential in land-based gaming. New laws in the 2000s have encouraged more hotel casinos to open, often with large integrated bingo halls.

With 1 foot in Europe and another in Asia, Russia is unique in the bingo world. Unlike many other nations who have banned land-based bingo, online bingo or both, Russia plays host to both types. Russians love all types of numbers game starting with the hugely popular state-run lottery, but it’s also home to millions of bingo players.

Online bingo has been a massive hit in Japan, which now has more players than any other country except the US. The nation has been known for tight gaming controls but lotteries have always been looked on more kindly, which paved the way for bingo.

Japanese online bingo players are crazy for 75 ball bingo and hold the record for the most players ever in an online bingo game, over 500,000!

Although many of the most popular Chinese casino games are numbers-based, bingo hasn’t yet made its mark. Gambling is still banned in China, though nearby Macau and Hong Kong are home levels of gambling activity that rival Las Vegas. Although state-operated lotteries are popular, bingo still isn’t on their radar. It may yet catch on with the trialling of bingo halls in certain provinces.

Bingo is called ‘Housie’ down under, and is understandably popular with the British ex-pat community as well as the native social scene around the country’s RSL social clubs.  Aussies love 75 ball Australian bingo, and as well as social clubs, you’ll find the game played in retirement homes, charities and churches. The legality of online bingo is less clear however, although Australians do play online.

OJO’s roundup of bingo around world

Doesn’t matter where you live or go on holiday – you can probably find a game of bingo nearby or online! And rightly so. Our favourite numbers game is fast, friendly and at OJO’s place, the fairest of all. Clearly world bingo needs no help from us, it’s doing just fine on its own. But hell, we’ll do our bit anyway. 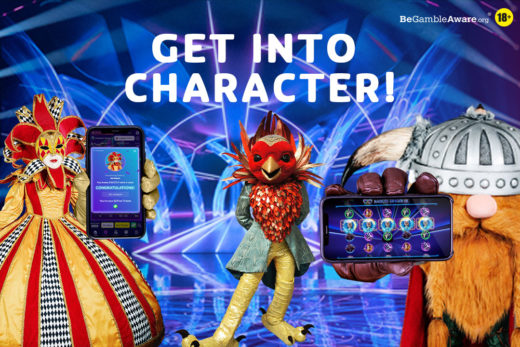 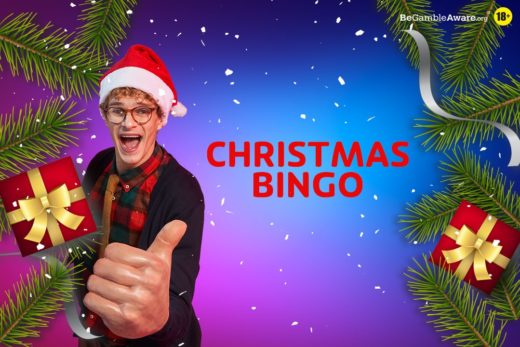 Are you a Christmas Bingo player ? 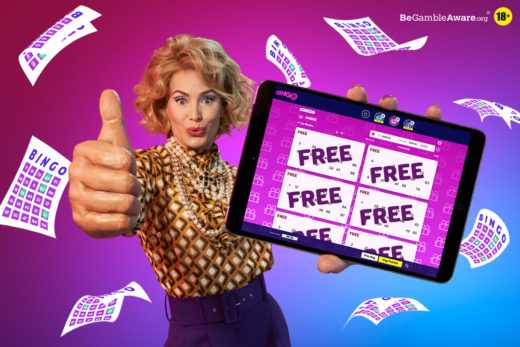 SEE WHAT'S ON THE MENU AT PLAYOJO BINGO THIS NOVEMBER