The evergreen TV host David Letterman started a new show a couple of years ago. It is called ‘My Next Guest Needs No Introduction’. When we thought of doing this slot review, this is the phrase that came to mind. Our next online slot needs no introduction. It is Thunderstruck 2, one of the most iconic titles released by Microgaming to date.

So, amigos, brace yourselves because we are going to indulge in the wonderful world of this video slot.

Seeing the popularity of the Thunderstruck 2 slot, it is hard to believe that the title was released back in 2010! It was a continuation of the already popular game by Microgaming, Thunderstruck.

Thunderstruck 2 is a video slot with high volatility. It means that the online casino payouts you generate will be substantial, but they will come after long waits. The game offers a 5x3 layout, a standard practice among the video slots from that time.

The game has a 96.65% RTP which is extremely good considering its high volatility. Although there are only 5 reels and 3 rows, there are 243 paylines on your screen! These high stakes settings are one of the main reasons behind the massive popularity of the game.

Thunderstruck series relies heavily on the Old Norse mythology. And it’s no different for Thunderstruck 2. The high paying symbols mostly consist of Norse gods, Thor being the centerpiece. The objective of the game for you is to accompany Thor in his adventures across Asgard.

The visuals of the game were ahead of its time when it first came out in May 2010. Microgaming has later remastered the game in 2020 to include HD texture and a more immersive sound design. 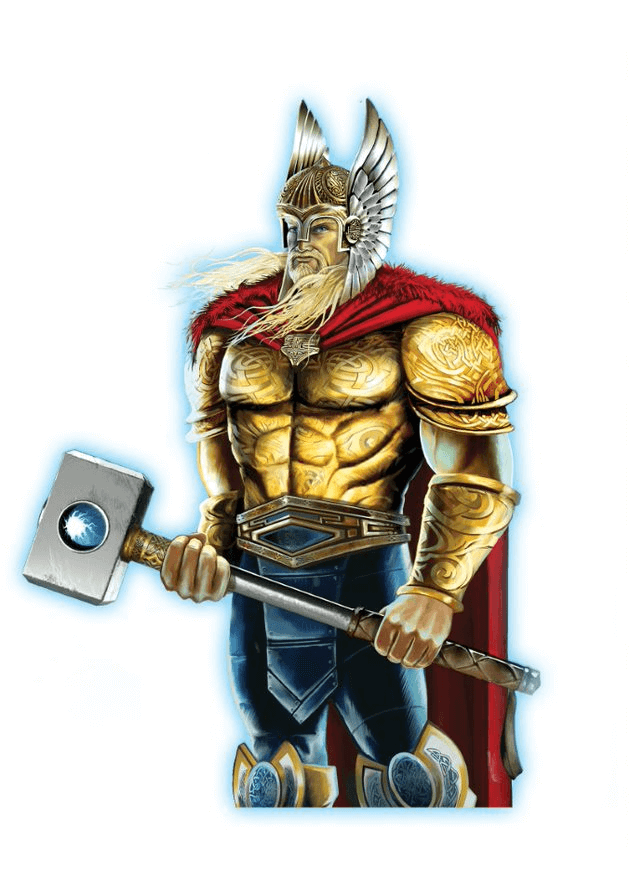 The most notable symbols of the Thunderstruck 2 slot would be the Viking Longship, Valhalla, Loki, Odin, Thor, and Valkyrie. All of these symbols pay between 8.33x to 16.66x of your total stake. Thor is the highest paying standard symbol. 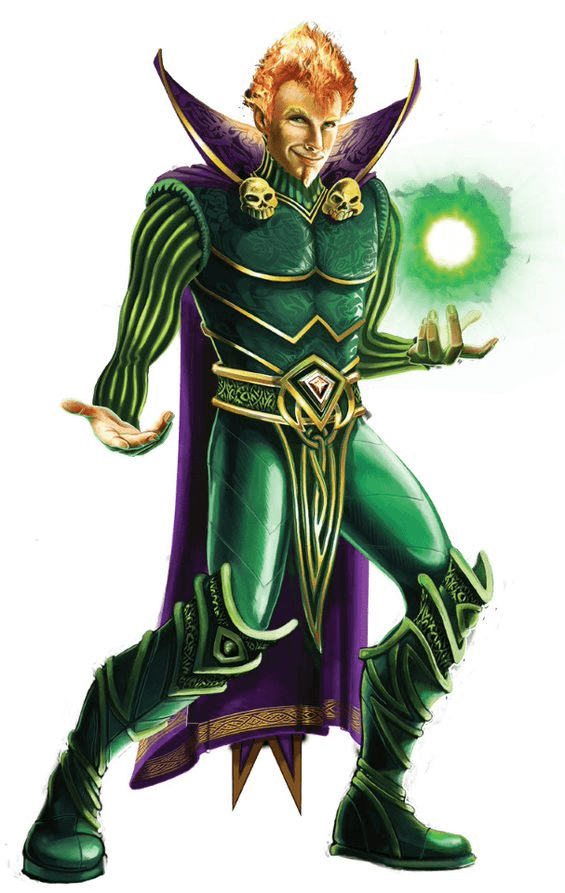 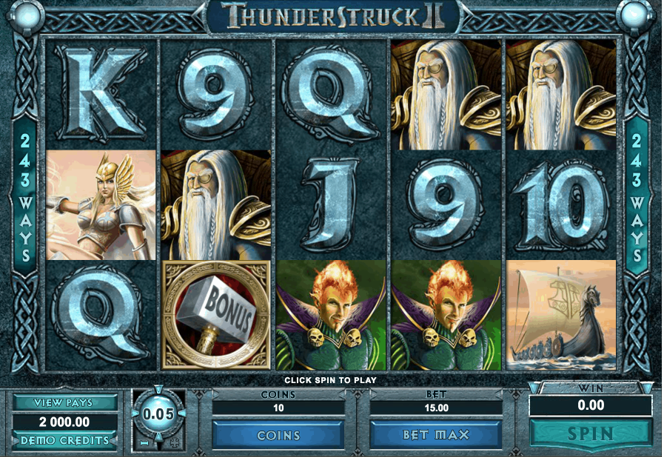 Then, you have the wild and the scatter. The logo of the game itself is the wild symbol and it pays up to 33.33x of your stake. The scatter is Thor’s hammer with ‘Bonus’ written on it. It can pay you up to 200x of your stake given that you landed it on all 5 reels!

The scatter also triggers a multi-level free spins feature named The Great Hall of Spin. We’ve discussed this feature in the next section. Take a look.

Thunderstruck II is a video slot pretty packed with bonus features. Let’s start with the Wildstorm feature. The most interesting aspect is that this feature is triggered randomly. You’ll know when it happens because Thor himself will use Mjolnir (his hammer) to summon lightning and convert your reels into wild reels.

If your luck shines the brightest and you get 5 wild reels, you can walk away with 8,000 times of your stake. Considering the max bet value of C$15, you can win C$120,000 without any jackpots!

After the Wildstorm feature, you have free spins. Thor, Odin, Loki, and Valkyrie can all reward free spins. In total, you can win 200 free spins from the Thunderstruck 2 slot at PlayOJO Canada.

Slots with mythical themes has always been OJO’s favorite. Thunderstruck 2 is a splendid creation by Microgaming that has entertained players since its inception. Get the taste of it yourself at PlayOJO Canada now!