Witness the Wrath of Greek Gods slot with OJO

The ancient gods have been blessing OJO for as long as we can remember. That’s why mythology themed slots are OJO’s favourite!

Interestingly, Playtech has done a phenomenal job of bringing the gods to life with its Age Of The Gods slot series. We’re going to focus on the original title here. Playtech has later licensed this title to its independent partners who are still releasing new versions of the game!

Age of The Gods slot

Among all mythical beings, the Greek Gods seem to be a common sighting in online slot games. The same is true for the Age of The Gods slot. This is a video title that came out in 2016 with 5 reels and 3 rows. There are a total of 20 paylines that pay from left to right. However, if there’s a scatter on one, it’ll pay both ways. 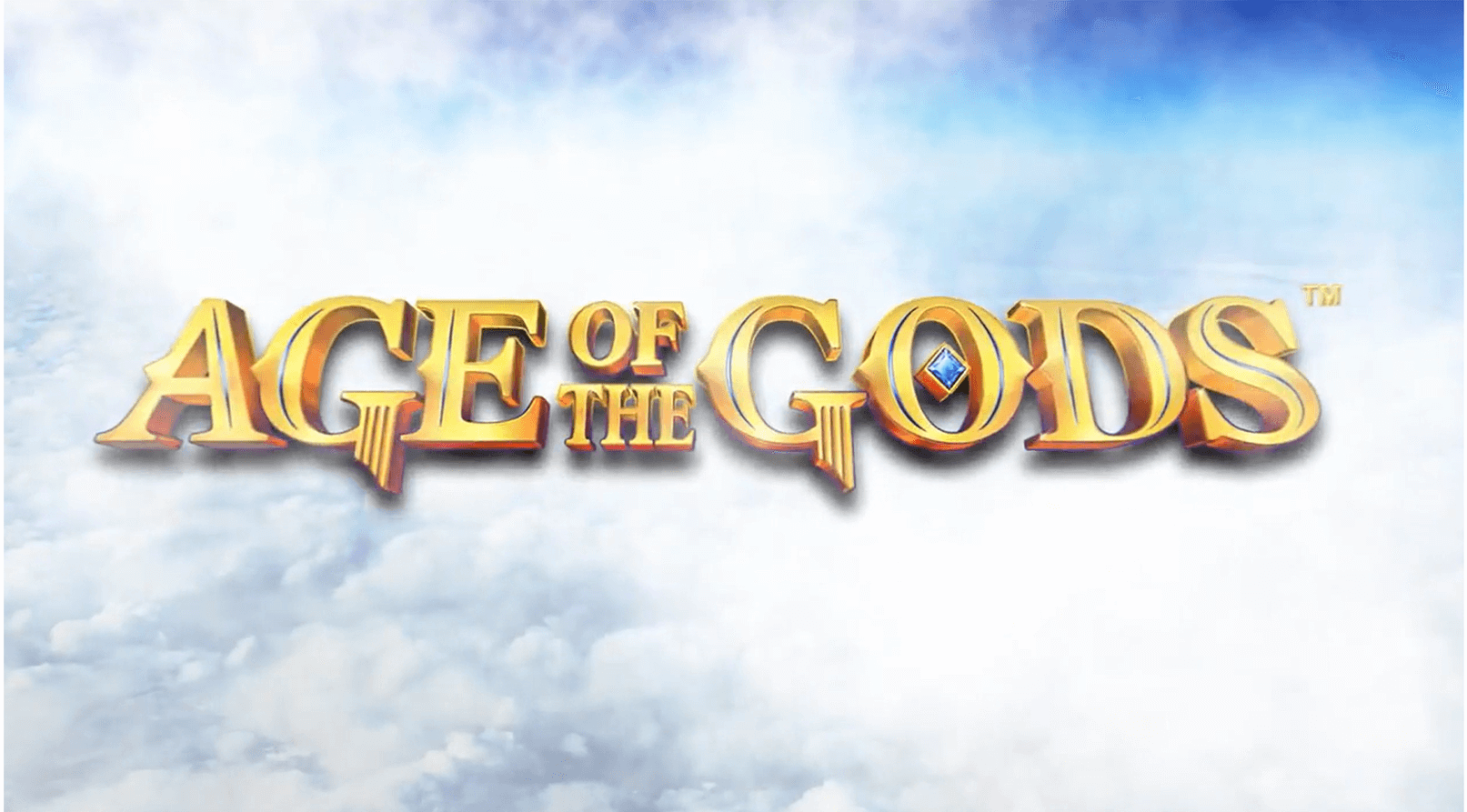 The Game features a 95.02% RTP. It’s a great number. OJO believes that any number over 90% is very decent for online slots. The RTP rating essentially means how much of your original bets you can expect to get back if you keep playing.

In traditional Playtech fashion, the visuals of this game are astonishing. The backdrop you can see has a very nice touch to it. The gradient of blue complements the vibrant symbols amazingly. It’s an HD slot so you can expect top-notch texture from this game.

As for the audio, it’s very immersive and helps you get deep into the game. OJO spends a lot of time with the Greek Gods through this game because he likes the sound that comes out of his headphones. 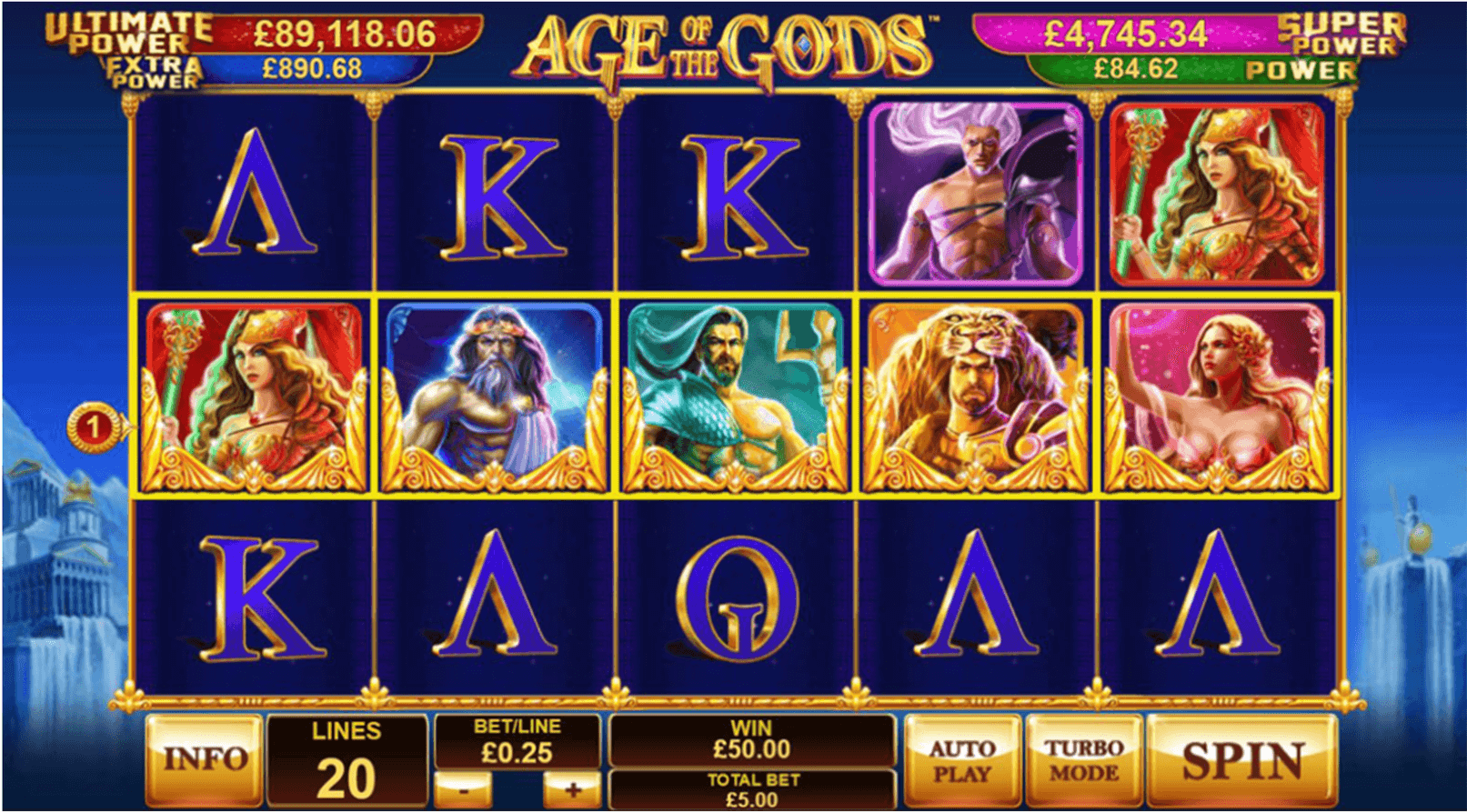 Age of the Gods slot Symbols

The symbols are the most notable features of any online slot because they’re directly associated with the payouts. As you would expect from a Greek mythology slot, the highest paying symbols are all gods.

There is Athena, Zeus, Poseidon, Hercules, Hades, and Aphrodite. You also get the regular royals, a helmet, and the wild symbol. The scatter is the logo of the game. 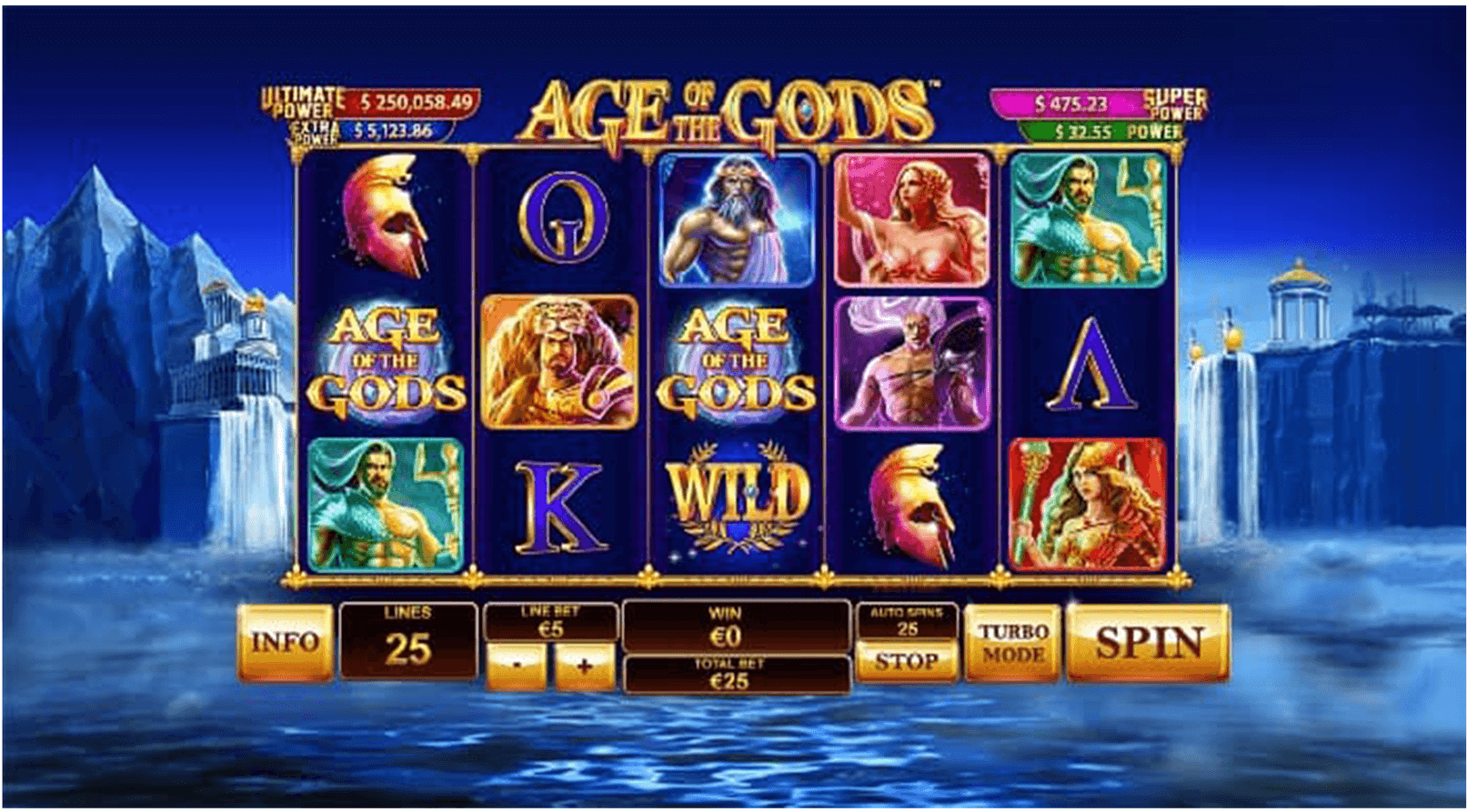 The wild is the highest paying symbol. It can give you 500 times of your stake if you land 5 of them on the paylines. The 2nd biggest payout would be the scatter, rated at 100x stake. Both Zeus and Poseidon have combined their powers to give you 25x of your stake as a payout.

Hades and Aphrodite teamed up for a 15x payout. Hercules, the god of war is waiting for you with a 20x payout. Last and least, the royal symbols. They all pay 7.5x of your stake given that there are 5 of them on the paylines. 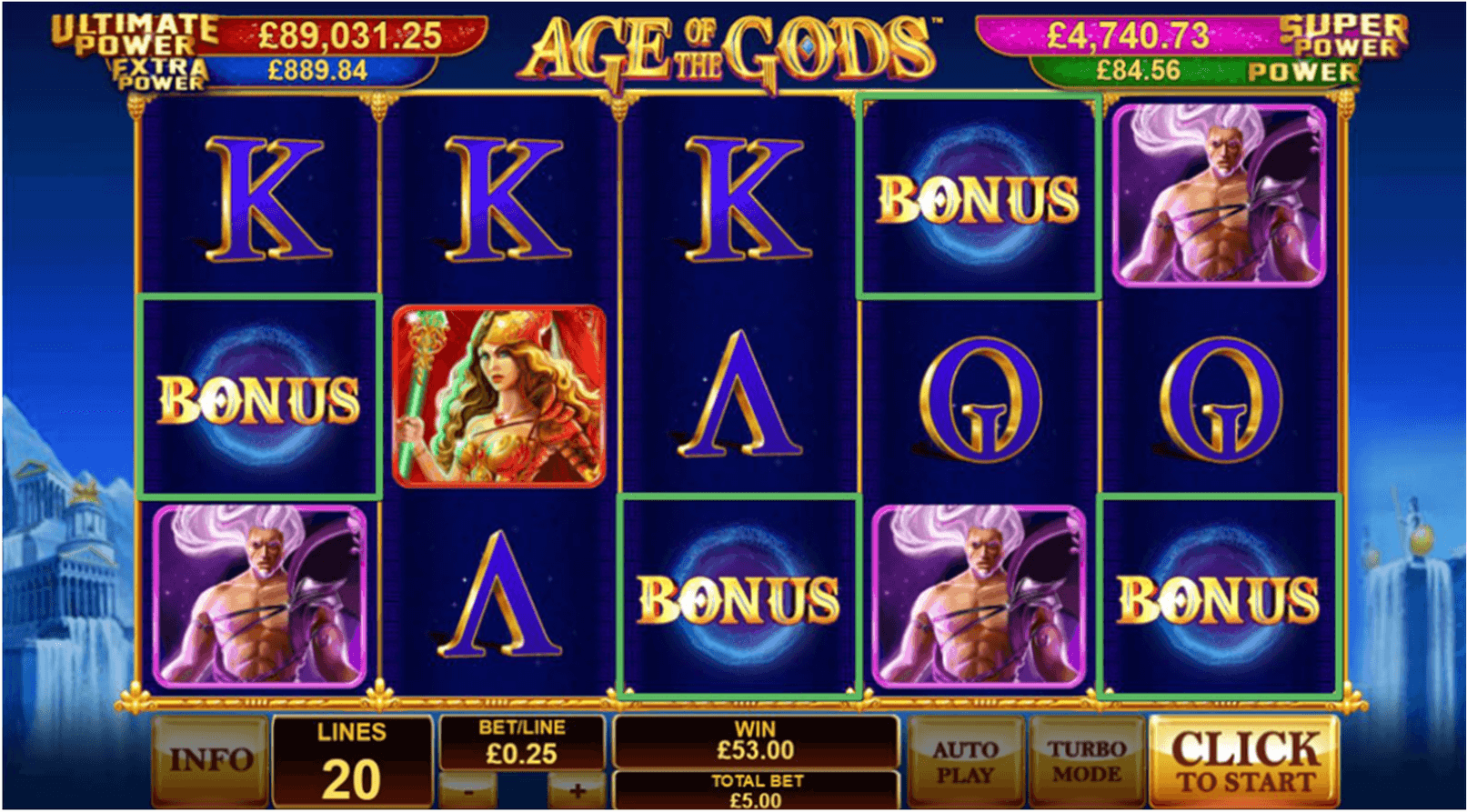 The bonus rounds on the Age of The Gods slot are one of the major attractions. Three major bonus rounds can become the highlight of your day if you can trigger them.

Pantheon of Power on Reels

It’s triggered if all 5 of the gods appear on consecutive paylines. The order doesn’t matter. When this slot feature is activated, you get a payout ten times larger than your stake.

Age of the Gods free spins

Age of the Gods slot suggests 4 free spins features. Athena, Zeus, Poseidon, and Hercules possess the power to credit the free spins to you. 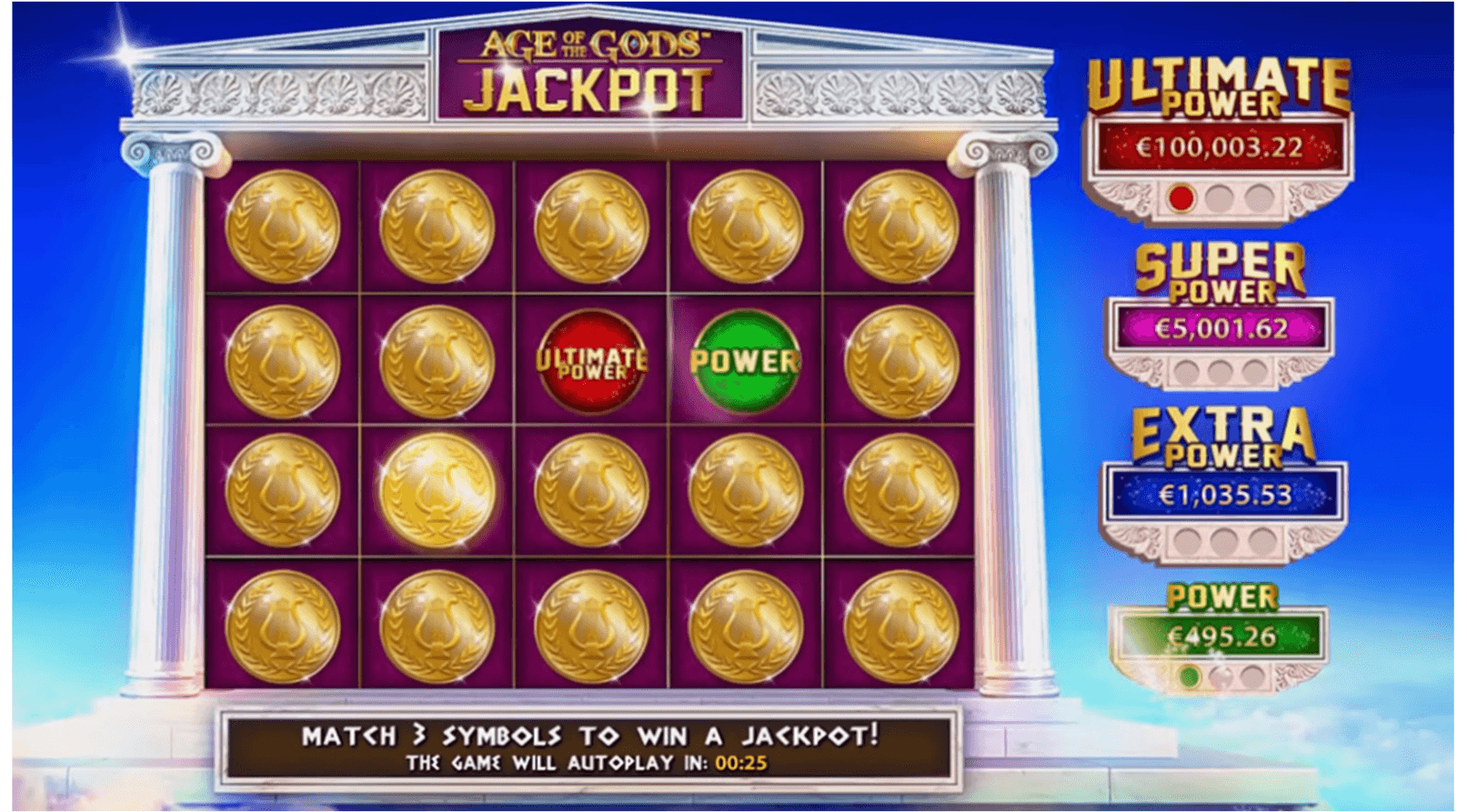 Age of the Gods is a very niche video slot from Playtech. OJO is offering you the ultimate change to enjoy this game in Canada. Without looking left and right, get yourself an account at this Canadian casino right now!