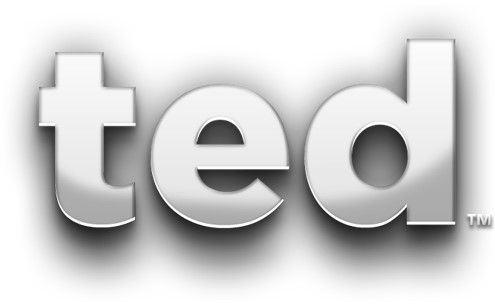 Play 2 different Ted slots at PlayOJO for the chance to win up to £250,000 in a single spin (and hang out with the world’s worst bear)!

Everyone’s favourite teddy bear (no, not OJO) is back, and this time he’s bringing his special brand of beers, bongs and bad manners to own online slots.

Launched by licenced UK software supplier Blueprint Gaming, our Ted slots are loaded with bonus games and massive cash prizes up to 500x your stake. With so many unforgettable features, OJO bets one of his Ted slots will be your new Thunder Buddy for life!

How to play Ted slot

Both of OJO’s Ted slots are 5-reel 3-row games with 20 fixed paylines. In this Ted slots guide, we’re gonna concentrate on the main version of the game, though we’ll also look at the jackpot version before we’re done.

Blueprint’s original Ted slot is a classic 20-line video slot where you match 3 or more symbols on a payline – from left to right – to win a cash prize. The base game is simple to follow but it’s the Ted slots features that make the game so popular.

But their games usually have very low minimum bets in this case, you can bet from as little as £0.20 a spin, up to a rather lofty £200. As it’s a 20 payline slot, your stake will be split into 20 lines bets and it’s that number which will be applied to any paytable combo you hit.

If it’s your first visit to OJO’s place, you’ll be expecting a cheeky bonus with your first deposit. And he’s not gonna disappoint. Fund your account with £10 or more to play Ted slots and you’ll get a tasty welcome bonus with no wagering requirements. None. Nada. Nowt. Niet. That’s how we roll.

You can play our Ted slot machines on desktop or mobile, and we’ll be shocked if you notice the difference, as they play just as well on any device.

Not since we wrapped our heads around Blueprint’s Wish Upon A Jackpot slot have we seen so many game features to immerse our nerdy slot brains in.

The paytable may look pretty, but it’s the Ted online slot bonus features that are bursting with bigger wins, so you best hope the bad bear isn’t sleeping too soundly when your session begins.

The Ted slot RTP or Return To Player is 95.805% (THREE decimal points! Ladies and gentlemen, history has been made). Anything around 95% is the baseline these days, so circa 96% is fine with our OJOers, especially as they get cash back on every spin courtesy of our OJOplus loyalty reward.

No strings. No funny business. No fine print. Just play, rack up the cashback and do what you want with it straight away.

Wild symbols help you create winning combos by substituting for other symbols, although you can’t use them to make scatters or bonus symbols. When you play our Ted slot machine, you’ll see a variety of Wilds including Grocery Spin Wilds, Colossal Wilds and Standard Wilds.

You’ll get bearly a moment to chill when you play our Ted slot game as you’re never far from your next reel modifier. If Ted wakes during a spin, he’ll hand out one of these lovely features.

Psychedelic Super Spin: Adds mystery symbols which transform into any other symbol.

Psychedelic Bonus Boost: Makes bonus symbols to appear to boost your chance of a bonus round.

Six random modifiers not enough for ya? Try these 5 Ted slot bonuses on for size! Land 3 or more scatters anywhere on the reels and you’ll choose at random one of these puppies.

In this fun Ted slot mini game, you pick a Ted to reveal an Arrow, Multiplier Boost or Spin. Land on an arrow to move in a level where bigger wins are available. Make it to the middle to trigger the Big Money Bonus. The feature ends when you land on a feature or a multiplier.

Choose bottles to move around the Ted slot machine board, increasing the total bet multiplier. Landing on one of the special board positions awards one of the following good or bad features:

Play 5 Free Spins in a supermarket themed environment where Ted Wilds can be randomly added to the reels.

These are played on a bonus grid containing cash prizes, extra free spins and extra wilds. After each free spin, any special symbols you’ve hit will award a super shot on the bonus grid.

This is the holy grail of our Ted slots, where you’ll be awarded a multiplier and the chance to respin to add to your prize pot, or collect. Sounds simple, but it’s where the serious coin lies when you play a Ted slot machine online!

As if there weren’t enough rules for how to play the Ted slot already, you also get the chance to gamble your bonuses for better ones. Any time you trigger the Thunder Buddies Bonus and earn a bonus feature from the wheel, you’ll have the option to gamble it for any other except the Big Money Bonus. The Gamble screen displays the 5 features from bottom to top, ranked in terms of average payout.

The gamble game continues until you collect a feature, reach the top or land on the Mystery Win segment which awards a random cash prize.

This is our second Ted slot game, and it’s basically identical but with the added carrot of Blueprint’s Jackpot King Deluxe. This trio of networked jackpots includes Royal, Regal and Jackpot King progressive jackpots.

The small and medium sized jackpots are ‘Must be won by’, which means they’re guaranteed to be won once they hit a predetermined amount.

Land 5 Jackpot King symbols to enter the bonus game, then collect 15 or more crown symbols to progress to the Wheel King game. Here you can win a multiplier prize or one of the 3 jackpots.

If you loved the Ted films, you’ll recognise many of your favourite people and moments in the slots. Ted, of course, is the star. You’ll see him lying in a drunken sleep on a couch among empty beer cans at the bottom of the reels as a party takes place behind them.

On the slots reels you’ll see the familiar faces of John, his girlfriend, Lori, bottles of beer, a swan, a bong, and Ted. Naturally, this cheeky bear is the Wild symbol and he’ll replace all symbols except for the bonus symbol, giving you more winning chances.

The soundtrack is suitably comic and OJO especially loves the one-liners Ted delivers on the occasion he’s actually awake.

This pair of killer slots are cuddly on the outside but conceal many surprises inside, just like Ted himself. The humour that helped the movies become cult classics is in plentiful supply, which means once you start spinning, you won’t stop grinning.

Give it a play, amigo!

Spinal Tap! Another cult classic licenced by Blueprint, this slot has over 2,000 ways to win and some clever touches that fans of the ironic spoof movie will love.