Hey there, amigos! Get that Friday feeling with the Lucky Fridays slot by Red Tiger. We’re counting down the hours to clock off and let loose. Who knows, maybe we’ll get lucky too!

If, like the office workers of the Lucky Fridays online slot, you’re looking for some extra excitement in your life, OJO has the perfect solution. He’s offering his newest pals who sign up and make their first deposit 50 Free Spins with no wagering. It’s a great way to check out the many online casino games offered at PlayOJO!

How the Lucky Fridays Slot Looks

The Lucky Fridays slot finds us sat at a computer watching the clock. The surroundings are drab and mundane – a typical day in a typical office. That is, until it’s Party Time!

The game has a built in “clock” of sorts. You literally have to wait until the working week is over to let your hair down. Work lasts 55 spins and the weekend just seven spins.

During the week, the symbols on the reels are your co-workers. They’re dressed professionally and items from the office are also paying symbols. At the weekend, the same characters don their glad-rags and get down! Items change to those associated with partying too.

The action on Red Tiger’s Lucky Fridays slot machine takes place over five reels and four rows of symbols. These create a total of 30 fixed win lines. Matching three or more symbols along one of them awards a prize. 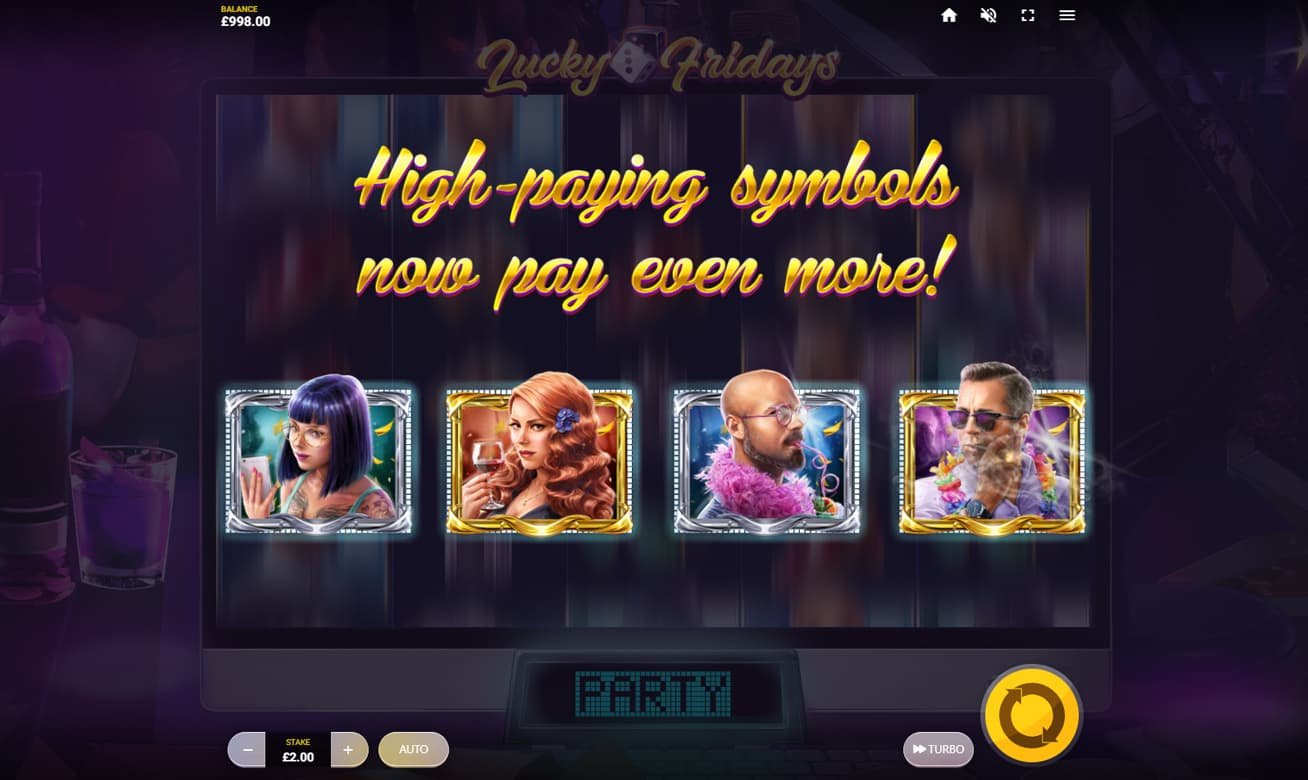 The game is a rather volatile one compared to other online slots and Red Tiger says the Lucky Fridays RTP rating is 95.77%. There’s also a top prize of more than 3,655x the total bet.

You’ll find an Auto Play function on the Lucky Fridays online slot too. Use it with caution though because it’s easy to lose track of how much you’re betting when such features are active. Always play responsibly!

During the working hours, there aren’t really any features to the game. Compared to other casino games online, it’s actually kind of boring. Just like work! When the weekend comes, everything changes. We’re now at a bustling club for drinks with co-workers and randomly activating features.

On Friday night, your fellow office drones become real party animals. Matching them down win lines results in higher prizes than during the rest of the week!

There are also two other bonus features that trigger at random during the party. They add massive Wild Symbols, remove low value symbols, and even apply up to a 12x multiplier. 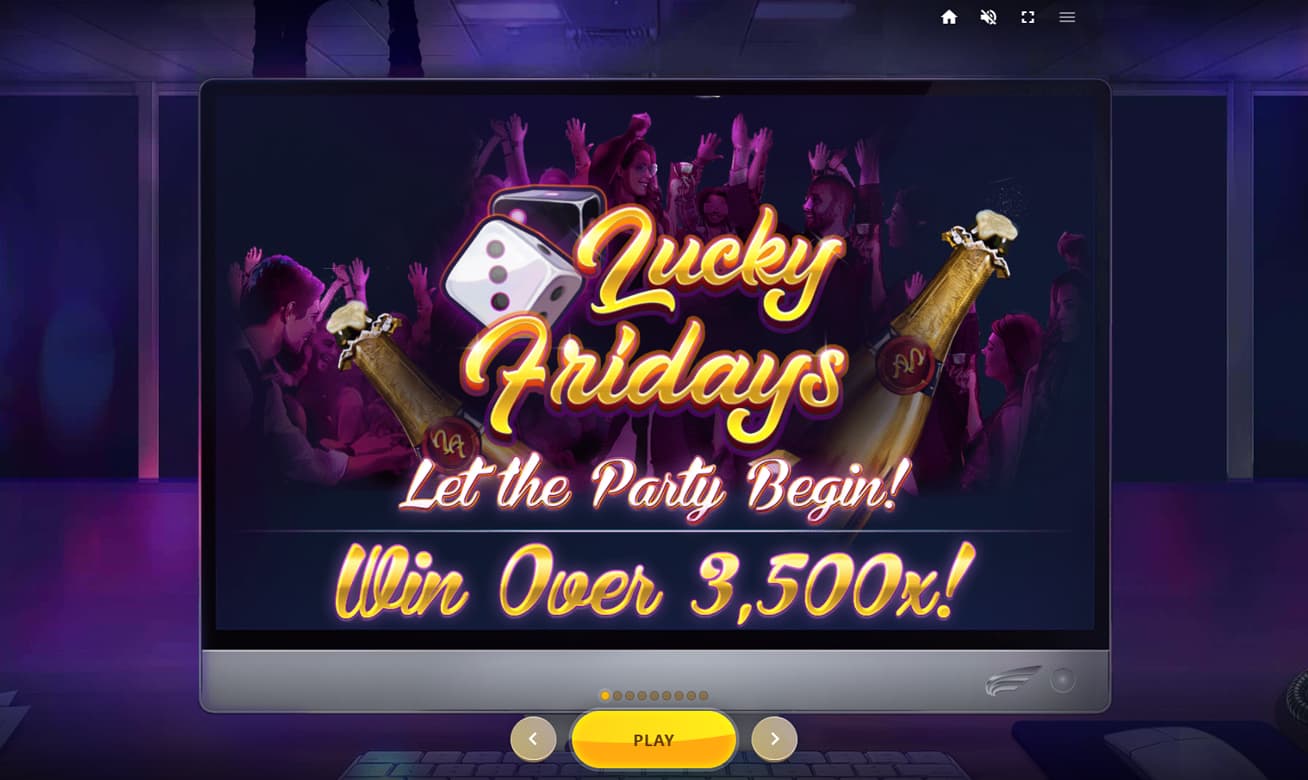 Like a real night out, the Party Time mode is full of surprises and excitement. It not only makes up for the lack of a Lucky Fridays Free Spins feature but means you’re a lot less likely to start the working week with an empty wallet too!

To change the size of your bet on the Lucky Fridays slot game, just use the stake option to the bottom left of the reels. You can choose from various bet amounts ranging from 10p up to £20. 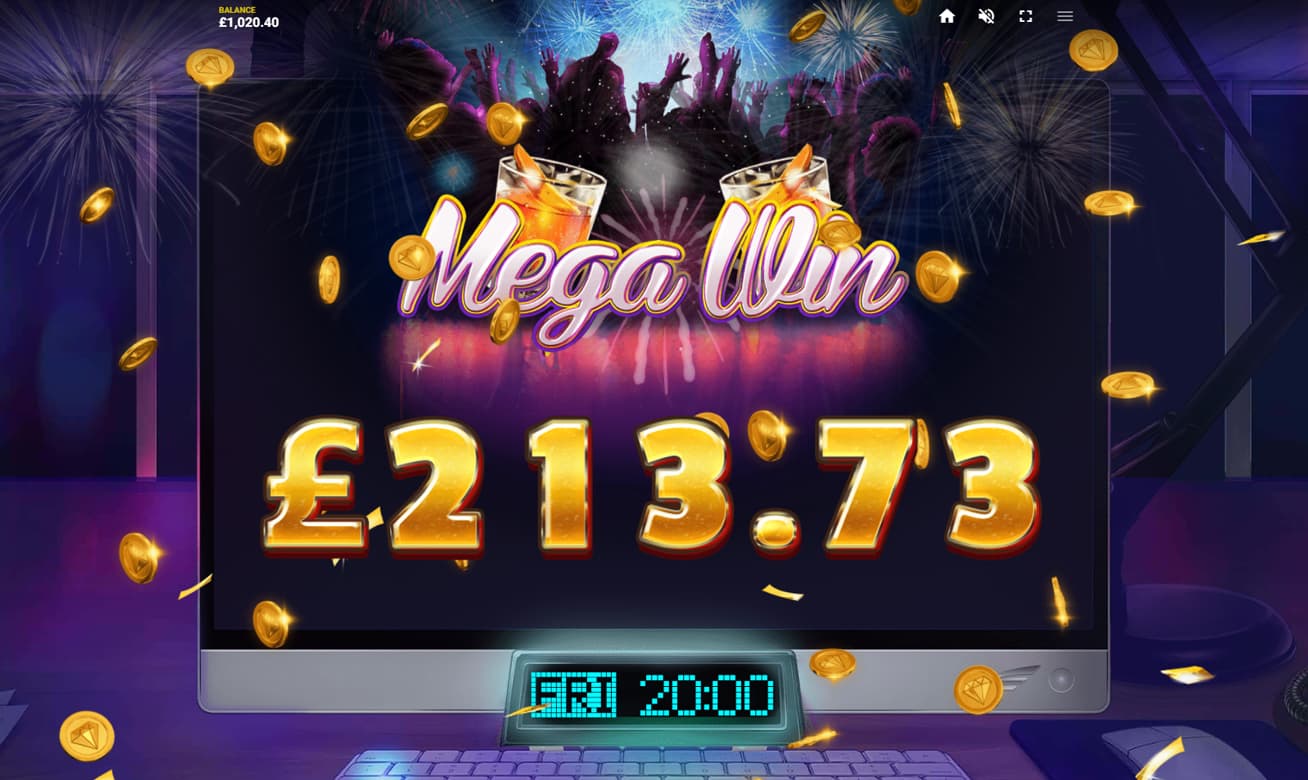 Of course, you might not be ready for a night out on the lash with the Lucky Fridays office crew for real right away. If that’s the case just load up the Lucky Fridays slot demo to try the game out for free first.

Red Tiger really got creative with its Lucky Fridays slot game. Whilst the main game is somewhat uninspiring, the title really comes to life during the weekend spins. Being loaded with special features, it’s just shame we have to wait from Monday to Friday to celebrate!

Get that weekend feeling for yourself and play the Lucky Fridays slot in the UK at PlayOJO today!

Microgaming’s Karaoke Party. This one’s perfect for those who like to cut loose and get wild. The Free Spins feature with 3x multiplier really help to get the party started!