Hey there, OJOers! Today, we’re looking under the hood of Play ‘n’ Go’s take on the popular Ancient Egyptian slot theme. The pharaohs might want to take their riches with them when they leave this world but we have other ideas. On Legacy of Dead we get a chance to raid their tomb before they set off to the afterlife!

The highlight of game is its Free Spin mode with expanding symbols. If you manage to activate the feature for a few different symbols, the prizes can soon stack up. Even better is if you manage to trigger Free Spins using one of OJO’s wagerless kickers. 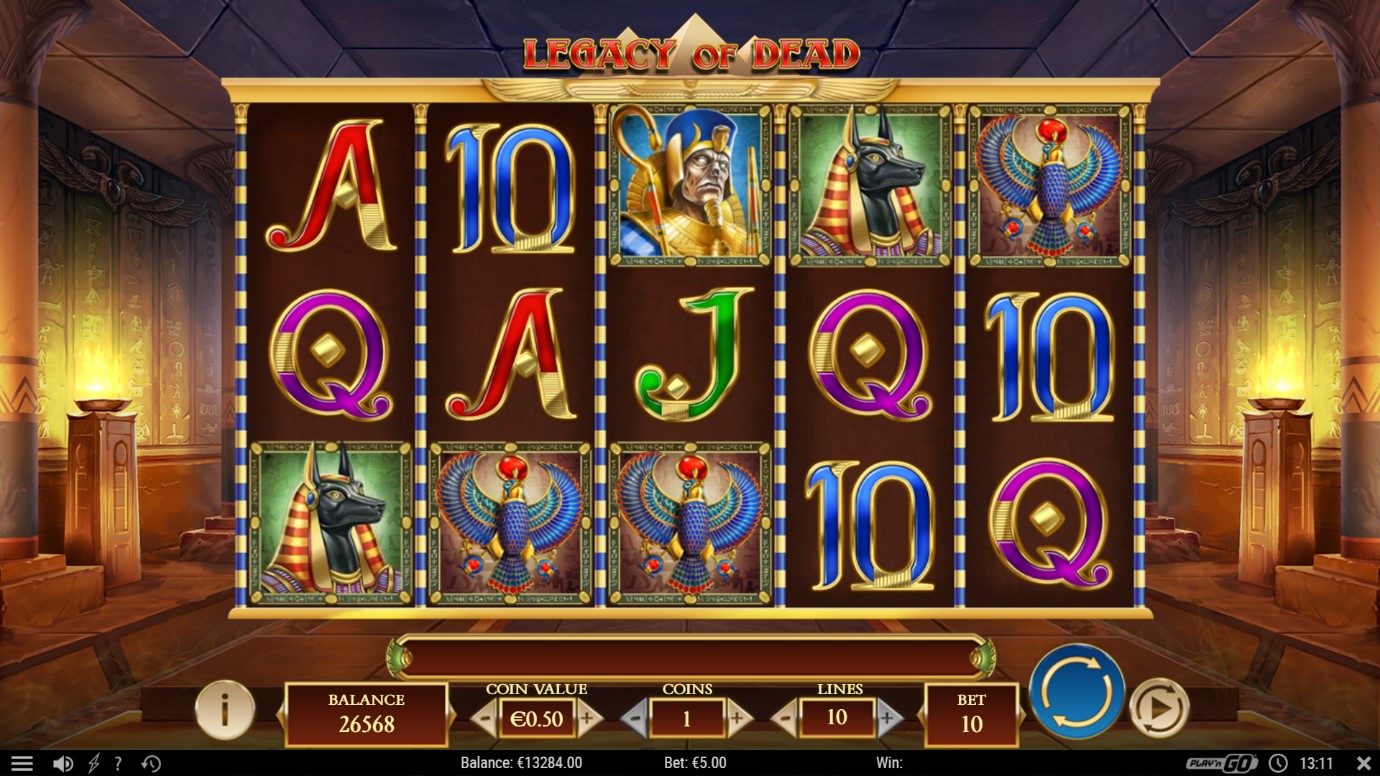 Below, we detail everything you need to know about this quest for treasure in the ancient burial sites of Egypt. Play Legacy of Dead in the UK today at PlayOJO to try it for yourself!

Legacy of Dead finds us creeping around an eerie Ancient Egyptian tomb. We’re trying to pilfer treasures without raising a particularly menacing-looking mummy from what we hope is an eternal slumber.

The high value symbols on Legacy of Dead are represented by imagery relevant to the journey to the Ancient Egyptian afterlife. From most valuable to least is the sarcophagus; the mighty pharaoh himself; Anubis, God of the Underworld; Osiris, God the Dead; and Ra, God of the Sun. Representing the lower value symbols are the face cards from a standard deck. 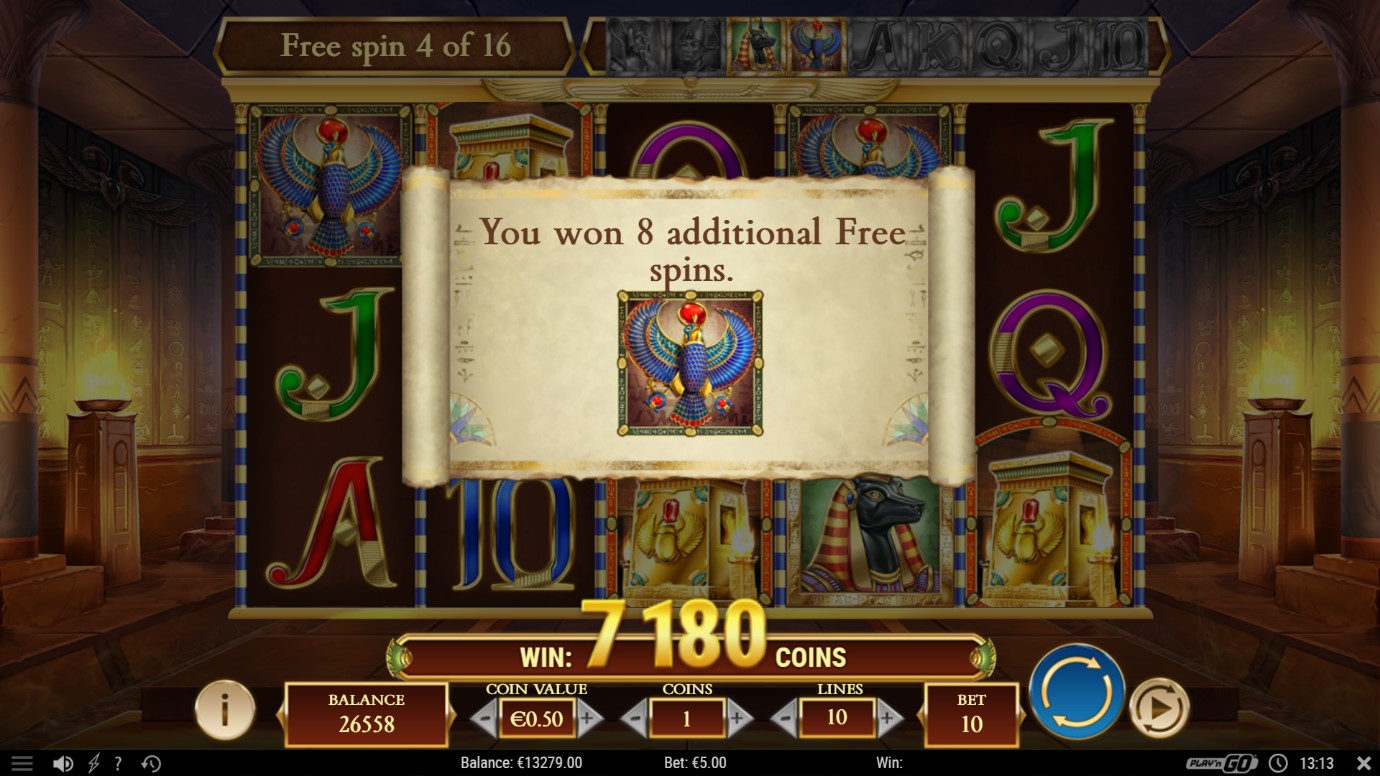 The action on Play ‘n’ Go’s Legacy of Dead takes place across a typical layout of five reels and three rows of symbols. This creates a total of 10-win lines that run from left to right.

Play ‘n’ Go categorises the slot as “very high” volatility. You shouldn’t expect to win often but when you do, the prizes are generally bigger than on games with less variance.

Given its high volatility, it’s not surprising to see a juicy maximum potential win on the Legacy of Dead online slot too. If you’re lucky enough to fill the reels with the Wild sarcophagus symbol you’ll receive 5,000x the total bet!

If you don’t like to wait around for reel animations between spins, you’ll be pleased to learn that the game also features both a turbo mode and an auto-play feature. OJO knows that his amigos can be a lazy bunch and manually clicking spin can seem like a hard work – particularly during a mammoth online slot session!

The excitement really ramps up during the Legacy of Dead Free Spins mode. It’s not just any old Free Spins feature either – expanding symbols increase the chances of looting the pharaoh’s booty by forming massive winning combinations.

Landing three or more of the sarcophagus Scatter symbols in any positions on the reels will trigger the feature. You’ll receive eight Free Spins at first. Landing another three or more Scatters will add eight more spins to the total. 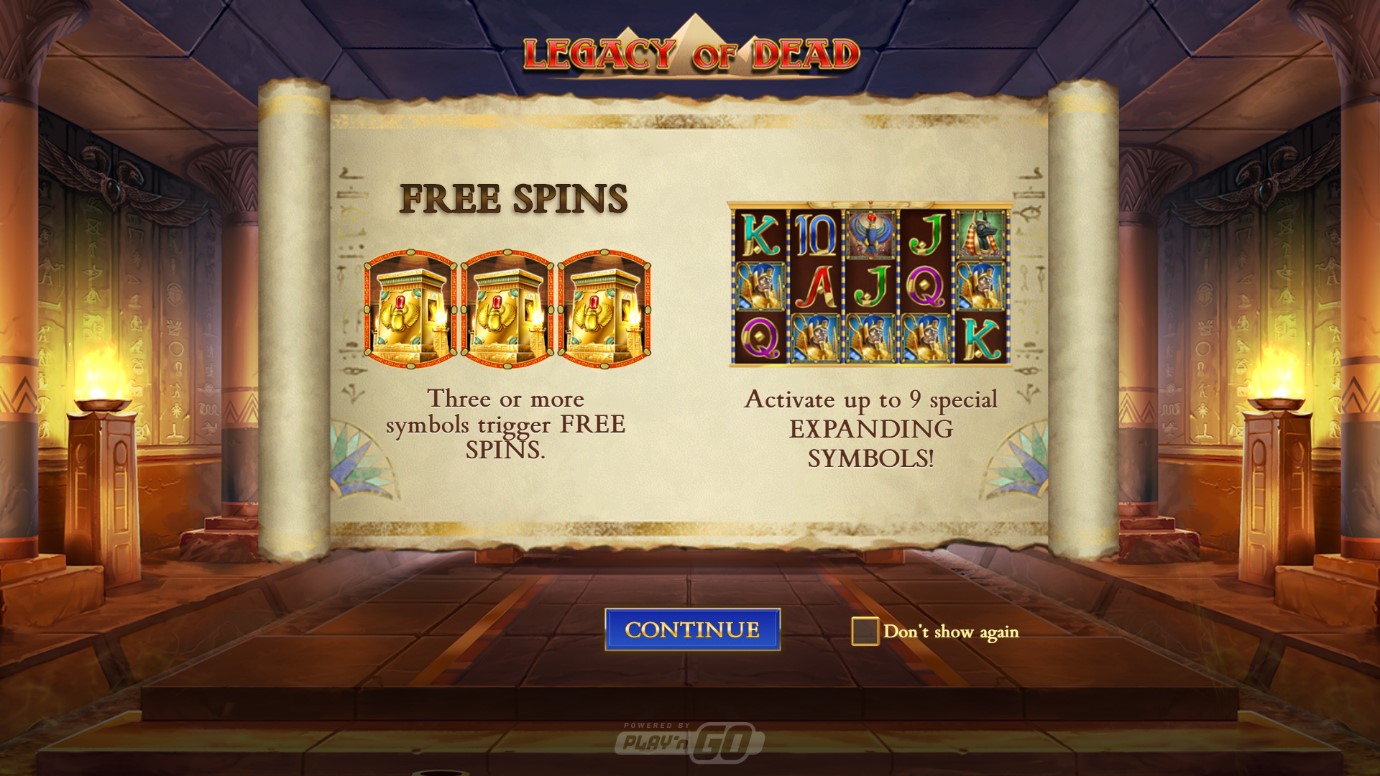 During the feature, different symbols can expand to create even more chances to win. The game selects one of the nine symbols for each round of Free Spins.

Each time an additional three or more Scatter symbols appear during the same Free Spins session; another symbol joins those that can expand. This can continue until all nine symbols can grow to cover the whole reel they land on.

Any of the randomly chosen symbol appearing on the reels will expand when that symbol forms part of a winning combination. Winning combinations no longer need to occur on consecutive reels either. This also significantly increases the likelihood of winning!

The second feature on Play ‘n’ Go’s Legacy of Dead slot game is a simple gamble mode. You’re given the opportunity to risk your prize after every win. You must guess the colour of a random playing card as part of this second screen bonus feature.

Guess right and you’ll take twice as much of the late-King’s treasures. Guess wrong and you’ll lose the original prize. You can collect winnings at any point and may gamble the same winnings up to five times.

How Much Can I Bet on Legacy of Dead?

The minimum bet on the Legacy of Dead online slot is just 1p per spin. You can reduce the number of win lines used to just one, the number of coins bet on each to one, and the value of each coin to just 1p. However, if you want to play at the advertised average Legacy of Dead slot RTP rating of 96.58%, you’ll need to use the maximum of 10-win lines.

For OJO’s higher rolling pals, the upper betting limit is set by using the maximum 10-win lines, a total of 5 coins wagered per line, and a coin value of £2. A £100 maximum bet per spin isn’t too shabby at all! 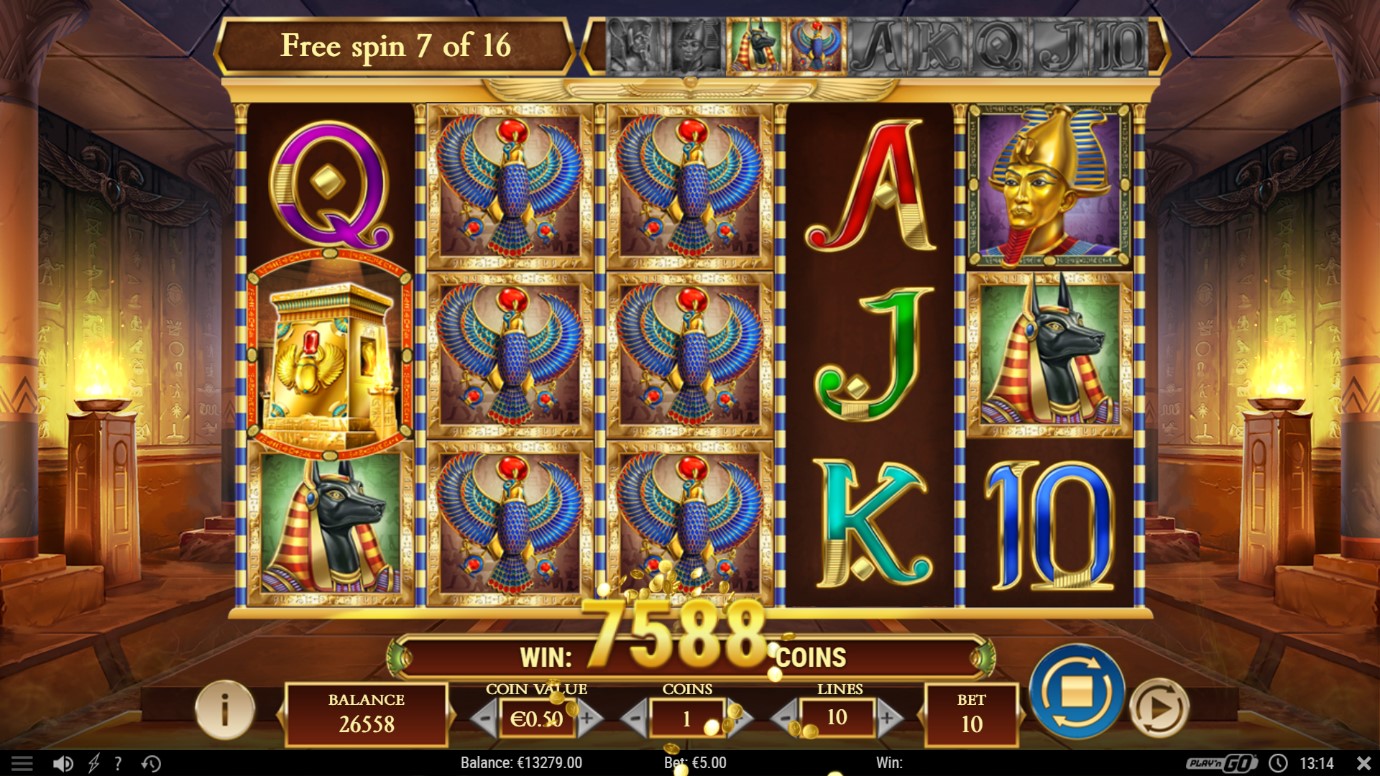 Legacy of Dead slot machine is going to be great option for you if you like high volatility slots with big prizes up for grabs. The Free Spins mode might not be the most engaging slot feature ever in terms of its visual presence but OJO is sure that the pay outs that can result from it will appeal to all just about all of his amigos!

That said, OJO’s pals that enjoy a more interactive slot experience might not see the appeal. How much enjoyment you get out of the title will depend on your opinion of more simplistic gameplay experiences, with top-heavy pay tables.

The action on Eye of Horus Megaways by Blueprint Gaming is also set in an Ancient Egyptian tomb. Like the Legacy of Dead online slot, the game features similar special features, with symbol upgrades, but being a Megaways title it offers a lot more ways to win than on the Play ‘n’ Go offering.