Howdy, OJOers! Are you ready to go where no chimp has gone before? On Microgaming’s Banana Odyssey slot, we’re journeying deep into the cosmos on a ship captained and crewed by a team of brave primates. They might be searching for bananas but we’re all about those cash prizes!


If zooming through space in the company of monkeys wasn’t exciting enough, OJO has another treat in store for his newest pals. Sign up and make your first deposit and you’ll get 50 Free Spins with no wagering. Cosmic!

How the Banana Odyssey Slot Looks

The Banana Odyssey online slot is set in deep space. We’re cruising through the stars with a crew of primates on a mission to find riches from faraway galaxies. 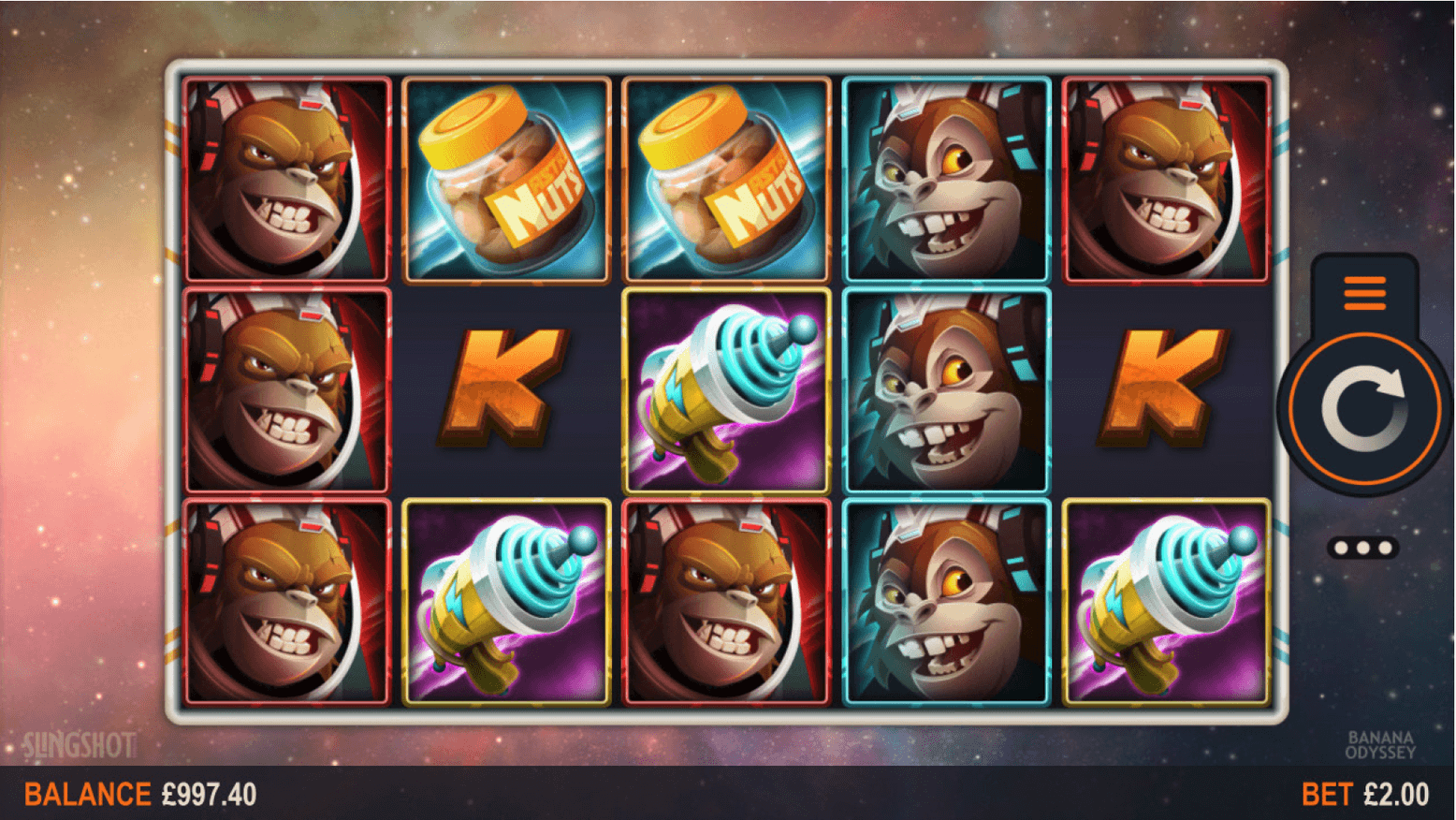 There’s definitely a vibe of Planet of the Apes and 2001: A Space Odyssey going on but it’s not like the game was explicitly based on either of these sci-fi classics. It has its own look and feel and a serious funky soundtrack to boot!

How to Play the Banana Odyssey Slot

The Banana Odyssey slot machine features a reel layout fairly typical of online slots these days. Five reels and three rows of symbols create 10 win lines. However, unlike many slots, these run from right to left, as well as left to right. This significantly increases your chances of hitting a winning combination!

Microgaming says that the Banana Odyssey slot RTP is 96.31% and that it’s a medium volatility title. Meanwhile, the largest possible win you can take from the game is 400x the total amount bet.

If the action on this cosmic quest isn’t fast enough for you, you can always play Banana Odyssey in either Auto Play mode or with Turbo Spin active.

Whilst this certainly ups the number of spins you can play in a given time period, it’s very important to keep an eye on what you’re actually spending. Just remember to play responsibly!

The Wild Symbol on the Banana Odyssey slot is pretty special. Whenever it appears, it expands to cover the entire reel. Any winning combinations are then paid out before the non-Wild reels spin again. With the whole reel still Wild, this gives you a free chance to up the pay-out! 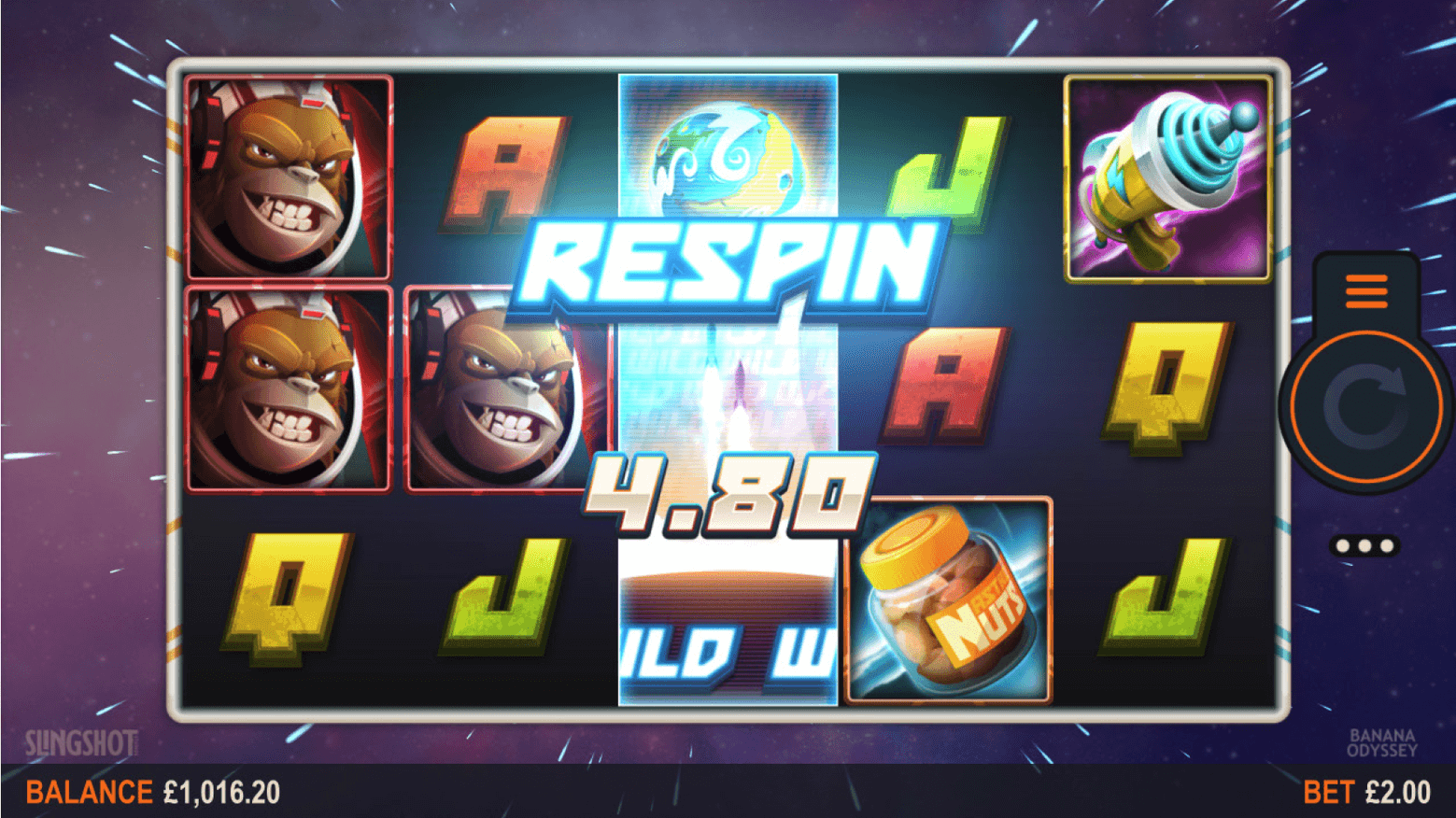 You’re not just limited to one Respin either. If more Wilds land, these too will expand and trigger another chance to win.

You’ll get 10 Free Spins, during which the Wild Symbols detailed above get even tastier. They actually stay stuck to the reels until the feature ends.

To change your bet size on the Banana Odyssey slot game, just hit the Menu Button to the right of the reels. You’ll be presented with various total bet amounts ranging between 10p and £400. You can use these or fine tune your bet size using the “Coins Per Line” and “Coin Size” options. 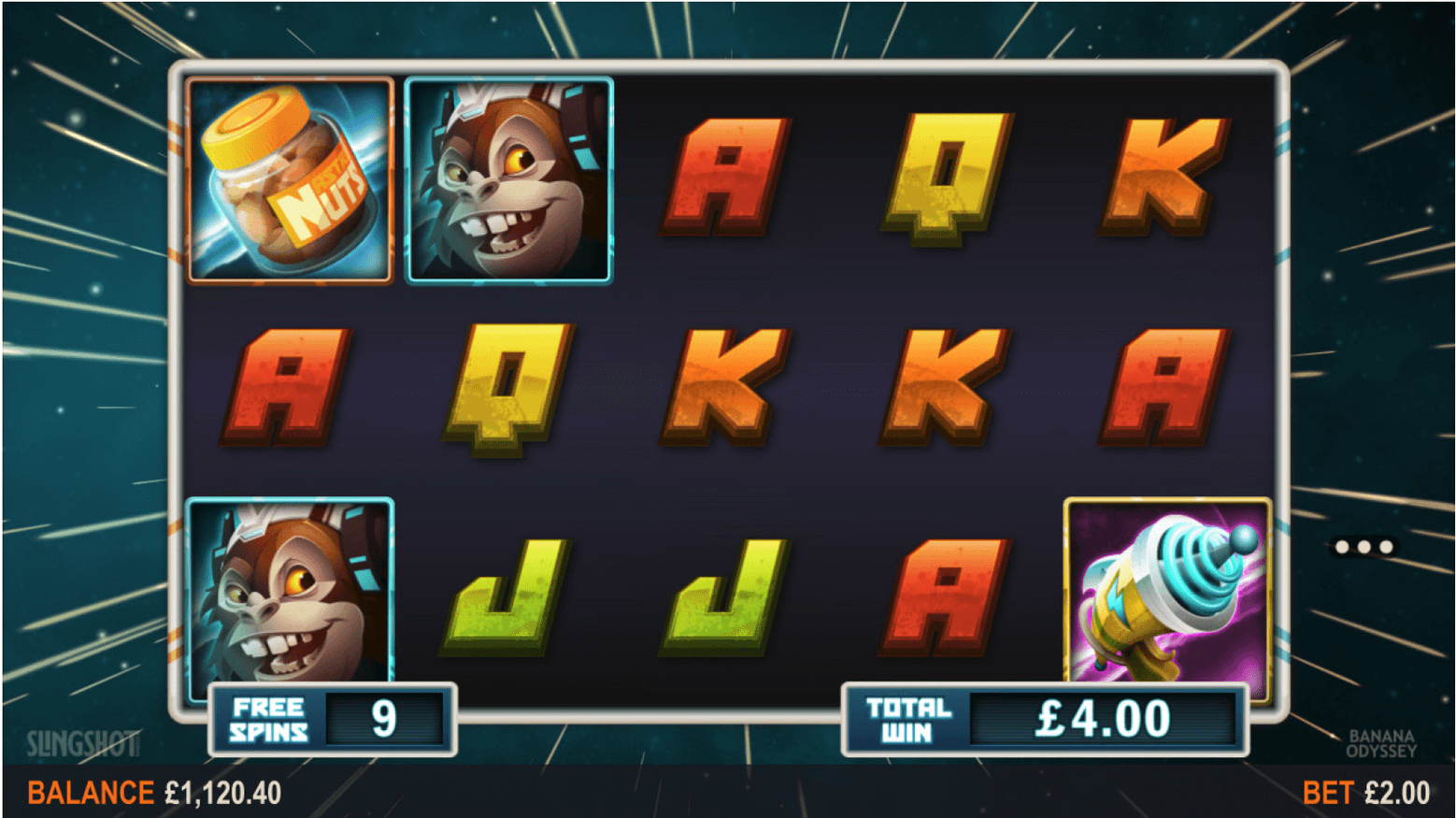 Microgaming’s Banana Odyssey is a pretty stylish casino game with a great soundtrack. In terms of special features, it doesn’t quite offer the diversity of some other slots out there but the excitement really does ramp up when you start hitting those expanding Wilds.

If you fancy joining the monkeys on their epic space voyage, you can play the Banana Odyssey slot in the UK today at PlayOJO.

NetEnt’s Space Wars. This one might be absent of simian space cadets but there’s still a lot to like about it. Special features like the Cloning Pod Respins make this a must-play for all fans of sci-fi-inspired online casino games.