Hey there, OJOers. Did you think that by 2020 you’d be cruising around on hoverboards to electro music? If so, the Attack on Retro slot might well be for you. It not only has a unique, cyberpunk theme, it’s also packed with features that can mean epic wins!


Come join us at PlayOJO today and you’ll not only have the chance to play the Attack on Retro slot in the UK but you’ll also receive 50 Free Spins with no wagering on your first deposit!

How Attack on Retro Slot Looks

The Attack on Retro slot is directly inspired by visions of the future 1980s directors portrayed in their movies. For some reason they thought everything would be neon and we’d all be dressing in questionable outfits with even more questionable haircuts! 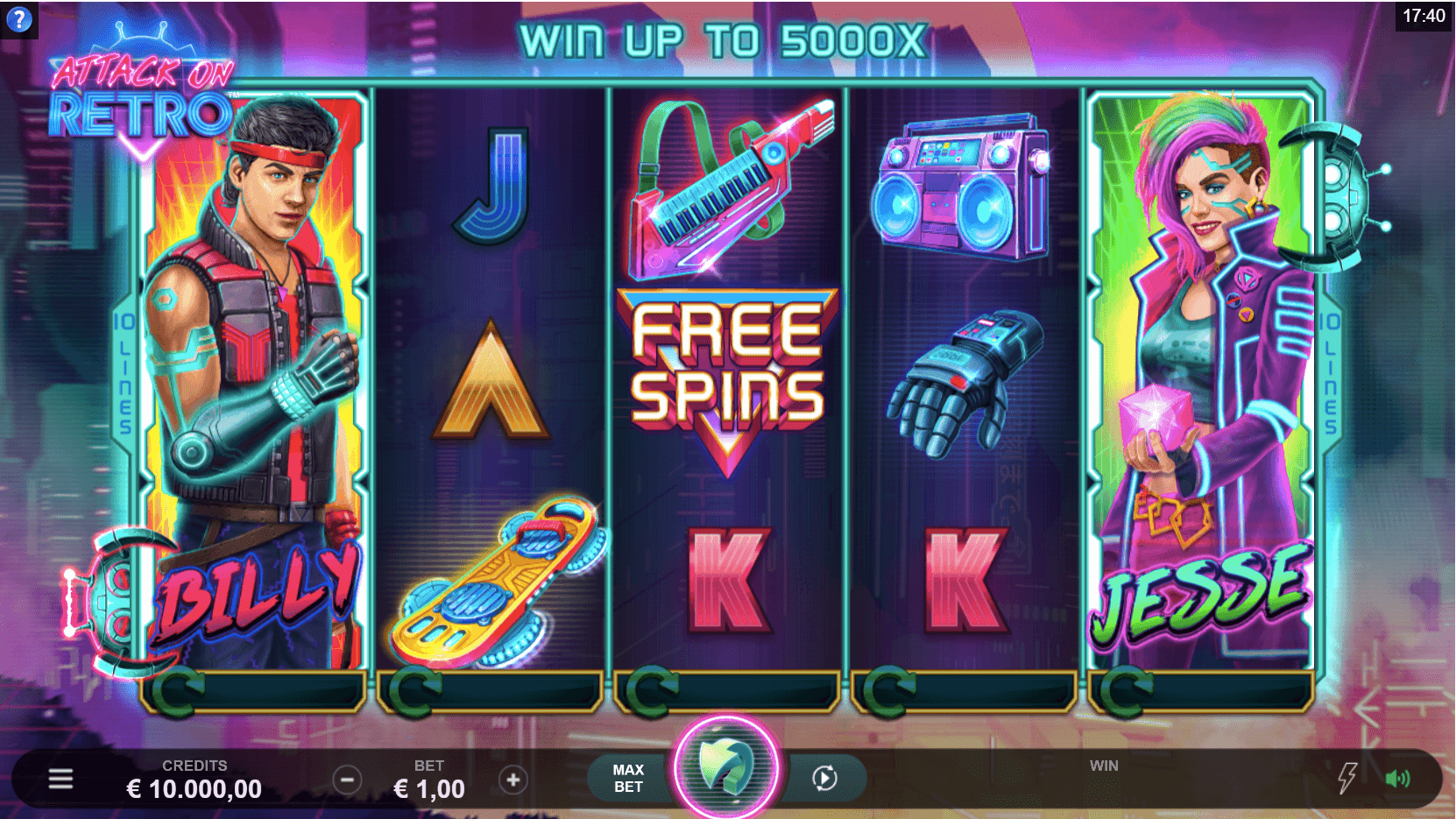 The action takes place in front of a futuristic cityscape and symbols are represented by items like hoverboards, a 1980s-looking neon ghetto blaster, and a keytar (you know, a gross mashup of a keyboard and guitar).

Oh, and the game’s two heroes are Jesse and Billy. Their wild dress sense seems appropriate given that they’re the title’s Wild Symbols!

Microgaming’s Attack on Retro slot machine uses a reel layout that’s common on many online casino. There are five reels and three rows of symbols that form 10 win lines running from the leftmost reel. 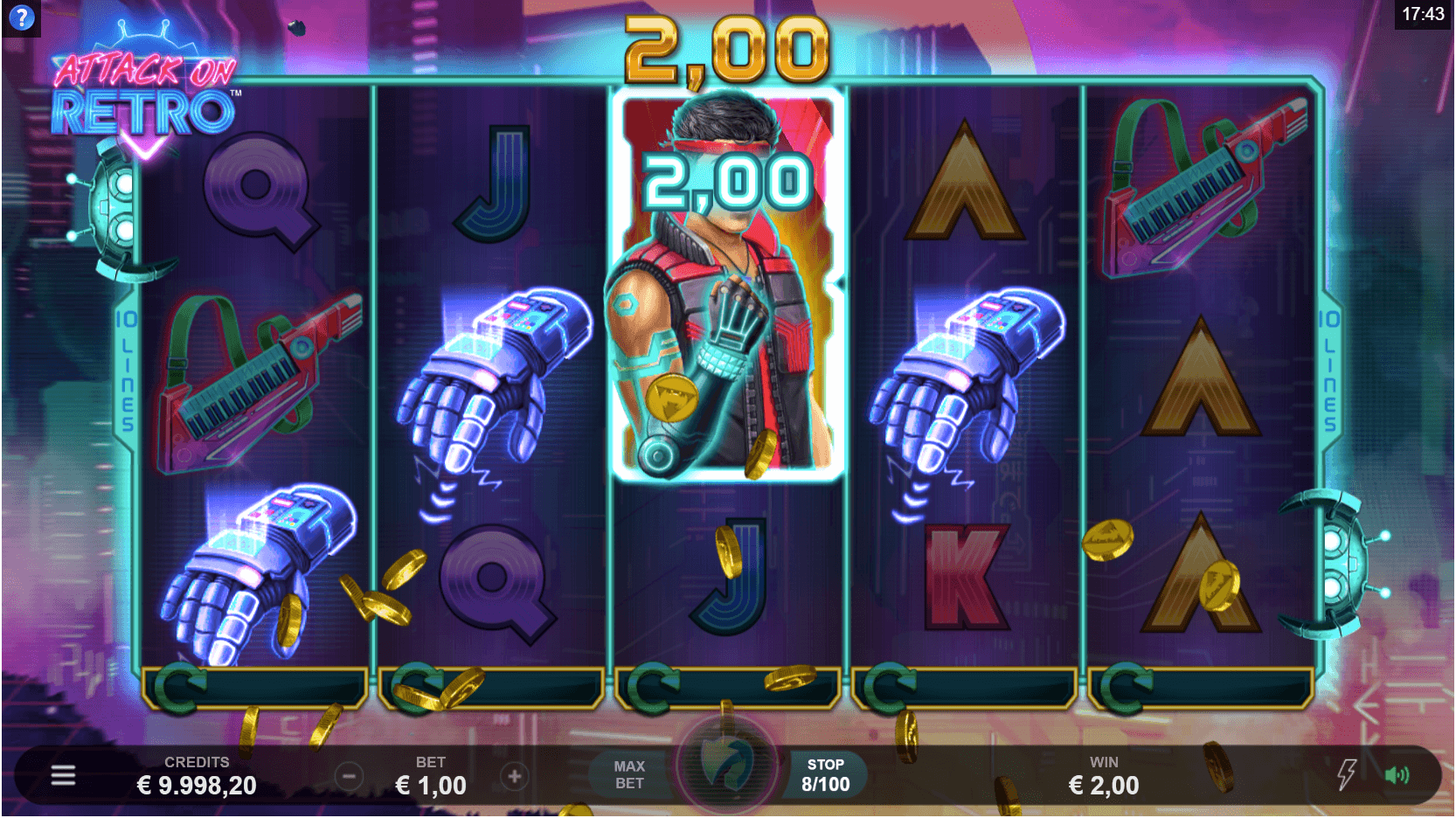 Microgaming says that the Attack on Retro RTP rating is 95.58% and the game is considered highly volatile. Each spin gives the chance to win a juicy 5,000x the total bet too!

For those who like to play as many spins as possible in a short amount of time, the Attack on Retro slot game features both an Auto Play and Turbo Spin mode. OJO urges caution when using them and would like to take this opportunity to remind you to always play safe!

After any spin during the main game you have the option to respin any of the reels to create a winning combination or trigger a bonus feature. The cost of respins increases the more likely you are to win following the respin.

When both of the robots scuttling up and down the side of the reels line up, the Attack feature is triggered. Robots scatter across the reels and are suddenly attacked by lasers.

If a laser hits a robot, the symbol behind it is replaced by a Wild. Up to 15 positions can turn Wild during the base game, which can make for “radical” wins! 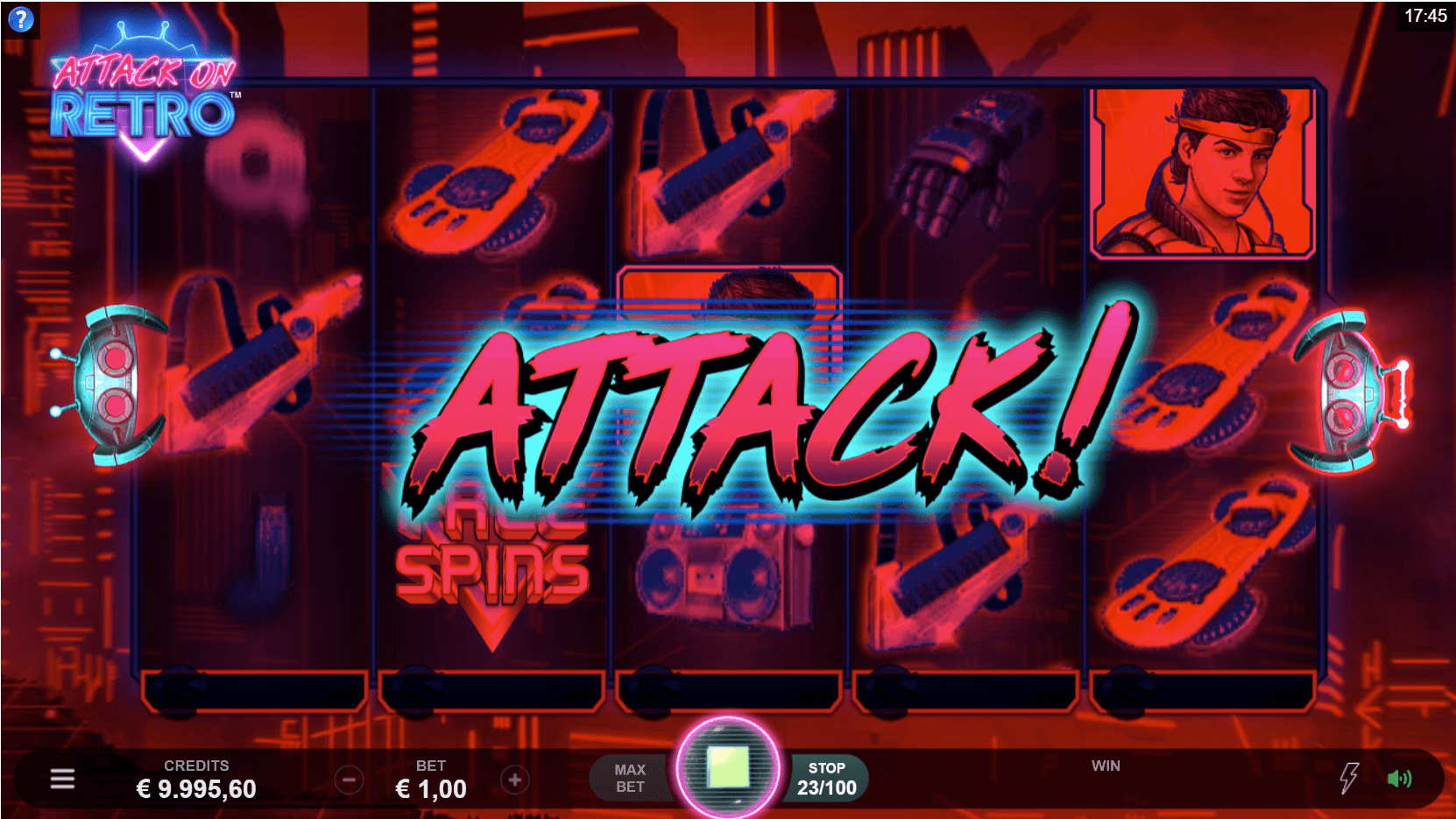 During the Free Spins, a Stacked Jesse or Billy Wild Symbol will cover the first and last reels. The stacks will randomly change between the Wilds. You’ll win a bigger prize for five-of-a-kind of the same Wild than if you match five different Wild symbols along a win line.

When you first load up the Attack on Retro online slot, you’ll want to choose how much you bet per spin. To do so, just toggle between the various total bet amounts using the Plus and Minus buttons at the bottom of the reels. The lowest cost per spin is just 10p and the highest is £80. 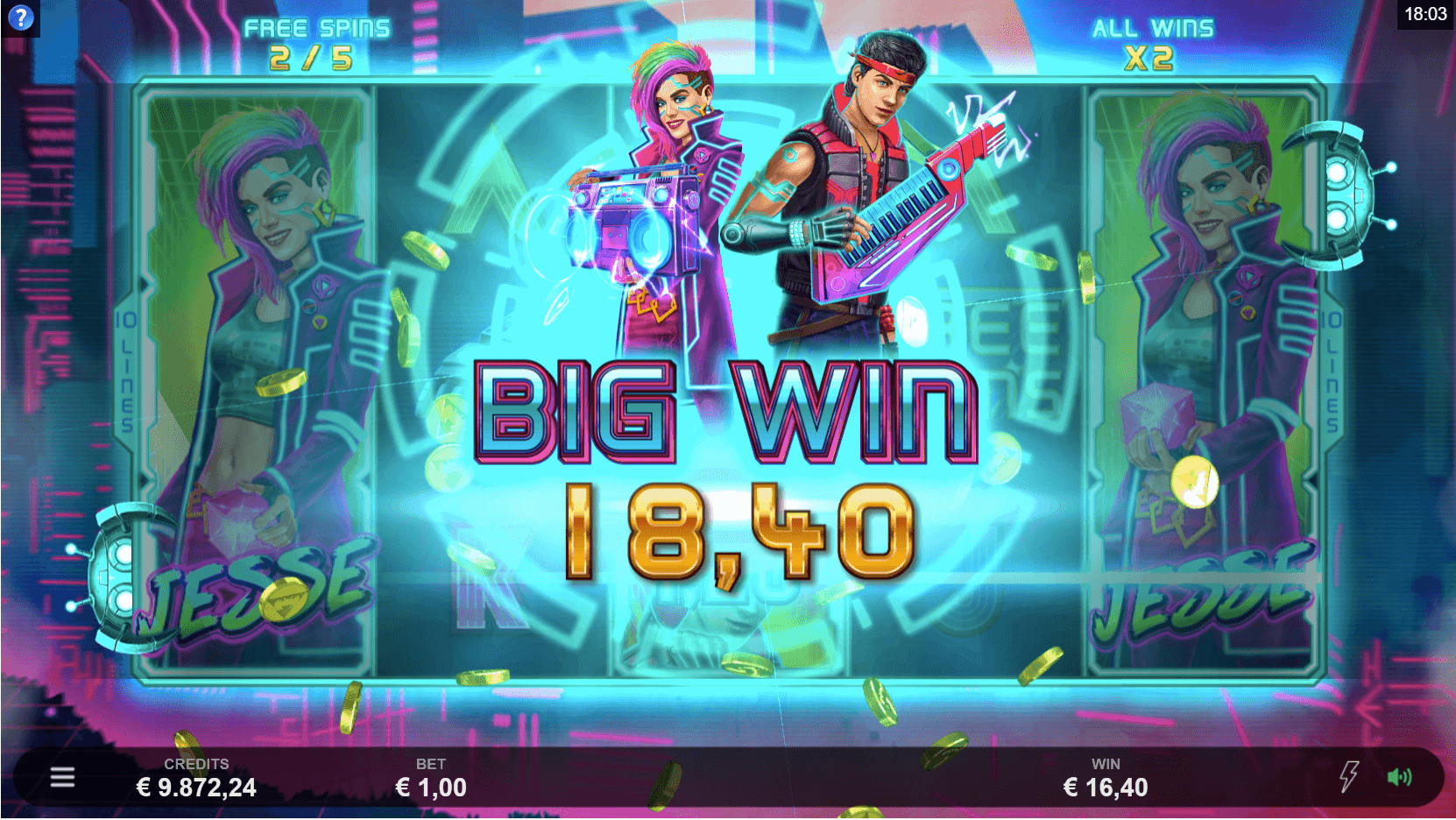 If you don’t want to bet your own money right away, you can always play the title and other online slots for free. Just load up the Attack on Retro slot demo to try it risk-free.

With a strong art style and multiple exciting special features, this cyberpunk adventure is one not to be missed. The fact that you, the player, gets to decide how volatile you want the Free Spins feature to be makes for a game with a lot of replay potential too.

Reactor by Red Tiger. This one’s not about cyberpunks but it’s still set in a distant future. The title has a great feature whereby robotic laser beams can blast random symbols, transforming them for potentially greater winning combinations!