Atlantis Slot: An Adventure in the Forgotten City

Hey there, OJOers. How does a quest in search of the lost treasures of Atlantis sound? Well, on EvoPlay’s Atlantis slot, we’re doing just that. Join us as we discover all that this mysterious online slot has to offer. 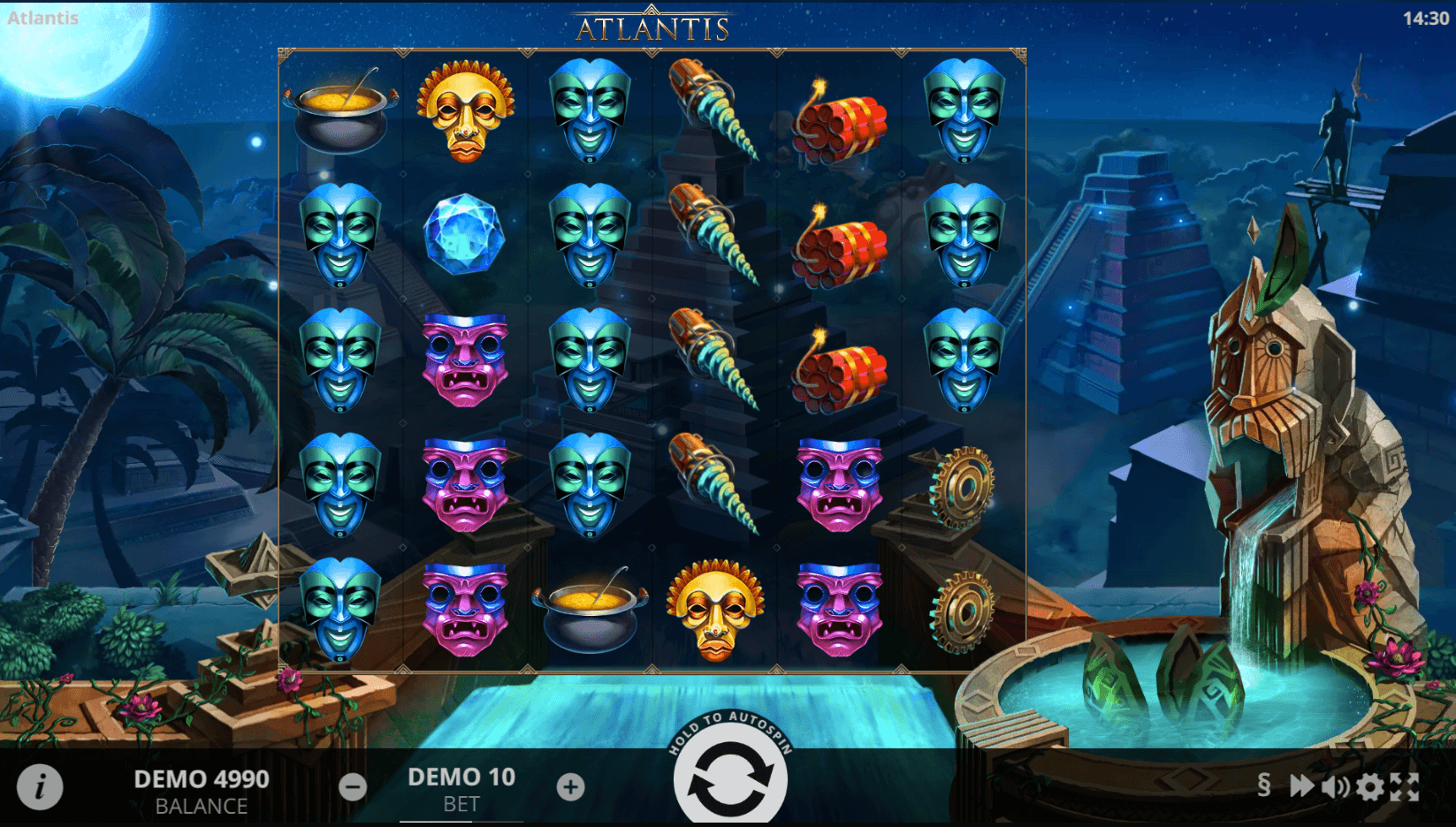 On its own, we reckon the Atlantis online slot machine is well worth a visit to PlayOJO. However, if you need something to further sweeten the deal, OJO’s offering all first-time depositors 50 Free Spins with no wagering requirements. How’s that amigos?!

How Does the Atlantis Slot Look?

EvoPlay’s Atlantis slot is a visually impressive online casino game. The action takes place in the lost city that the title was named after. Stylistic depictions of ancient temples and ornamental figures give the Atlantis online slot a lot of character.

The game’s symbols are all related to the forgotten civilisation’s culture or the explorers seeking to understand its mysteries. If your online casino games simply have to be strong in the artwork department, OJO recommends trying it out for yourself.

There are six reels and five rows of symbols on EvoPlay’s Atlantis slot machine. Instead of using win lines, as are common on many other online slots in the UK, the game awards wins for matching symbols in any position on consecutive reels. The more symbols grouped in a winning combination, the larger the prize! 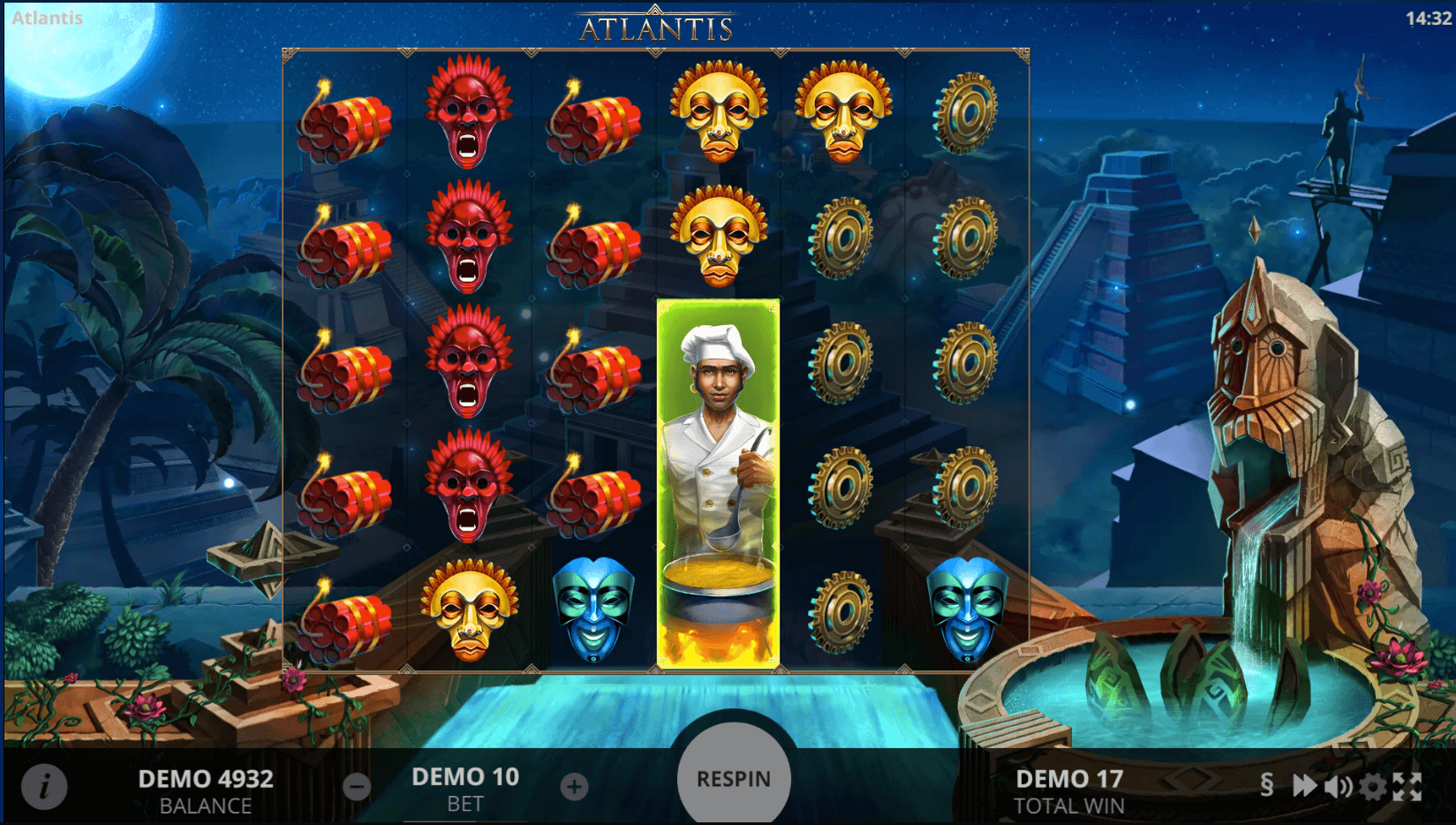 EvoPlay says the Atlantis slot RTP rating is 94.01%. Meanwhile, you can hope to win a maximum of 800x your total bet on a single spin.

The title also features both an Auto Play and a Turbo Spin feature. These can certainly speed up the action but be careful when using them. It’s always important to play safe but even more so with such features active.

If you land four or more of the Power Stone Scatter Symbols anywhere on the reels during the main game, you’ll trigger eight Atlantis Free Spins.

Unlike on many other online slots, the Scatter Symbols don’t need to appear simultaneously. They can also show up on consecutive spins to trigger the bonus.

During the Atlantis Free Spins, the Power Stone Symbols will turn random symbols Wild. The game’s Wild Symbol only appears during the feature too.

A stacked Character Symbol appearing anywhere on the reels triggers the Respin feature. The reels that didn’t trigger the Respin will spin again and the character moves one row down the reel they appear on. The Respins continue until the character completely disappears from view. 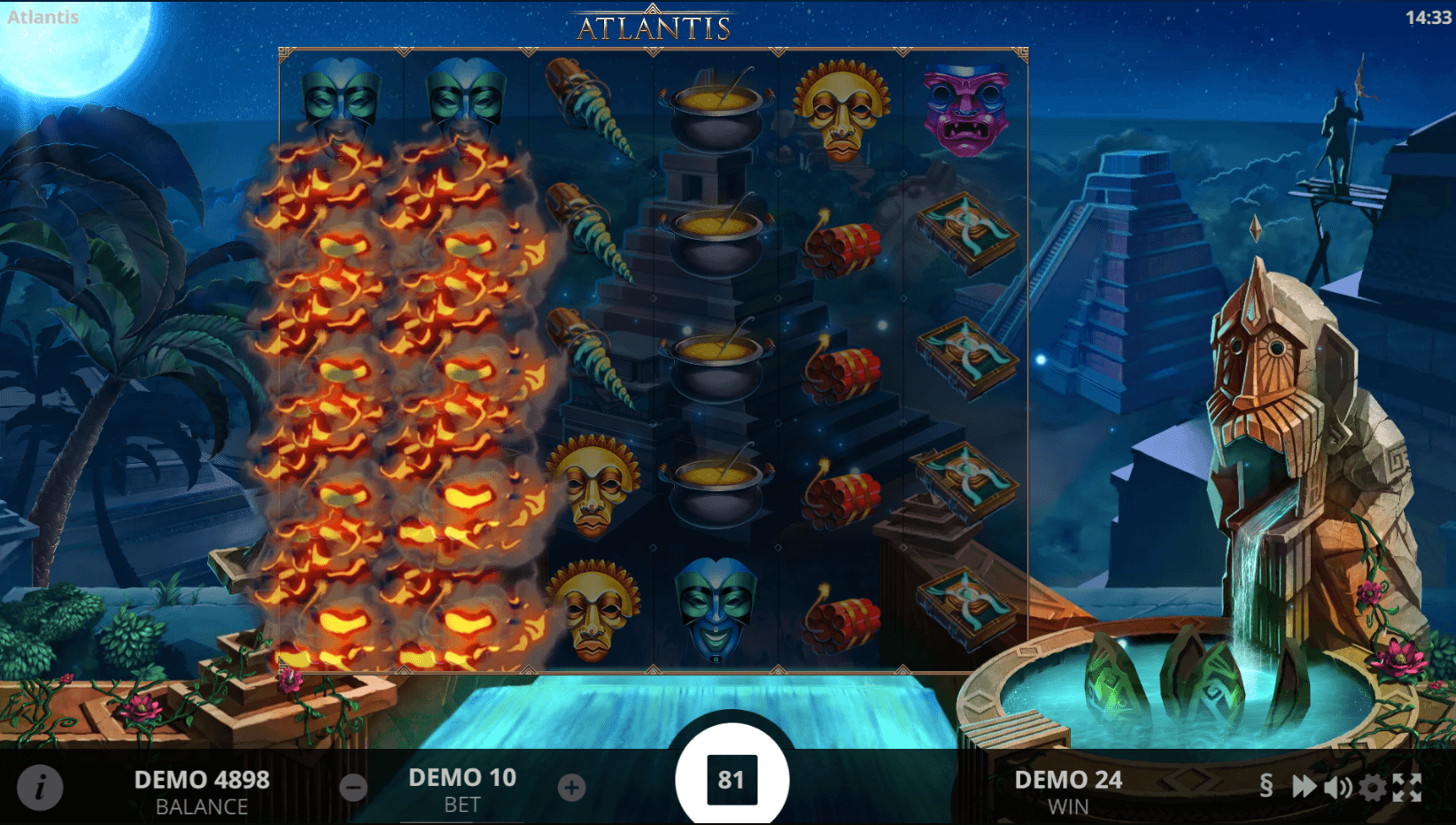 Each character also has an associated symbol. They’ll substitute for that symbol if doing so will form a winning combination.

Setting the amount that you want to bet on the Atlantis slot machine is simple. You just use a handy Plus and Minus button at the bottom of the reels. The minimum possible bet per spin is just 10p. Meanwhile, the largest is an impressive £500. 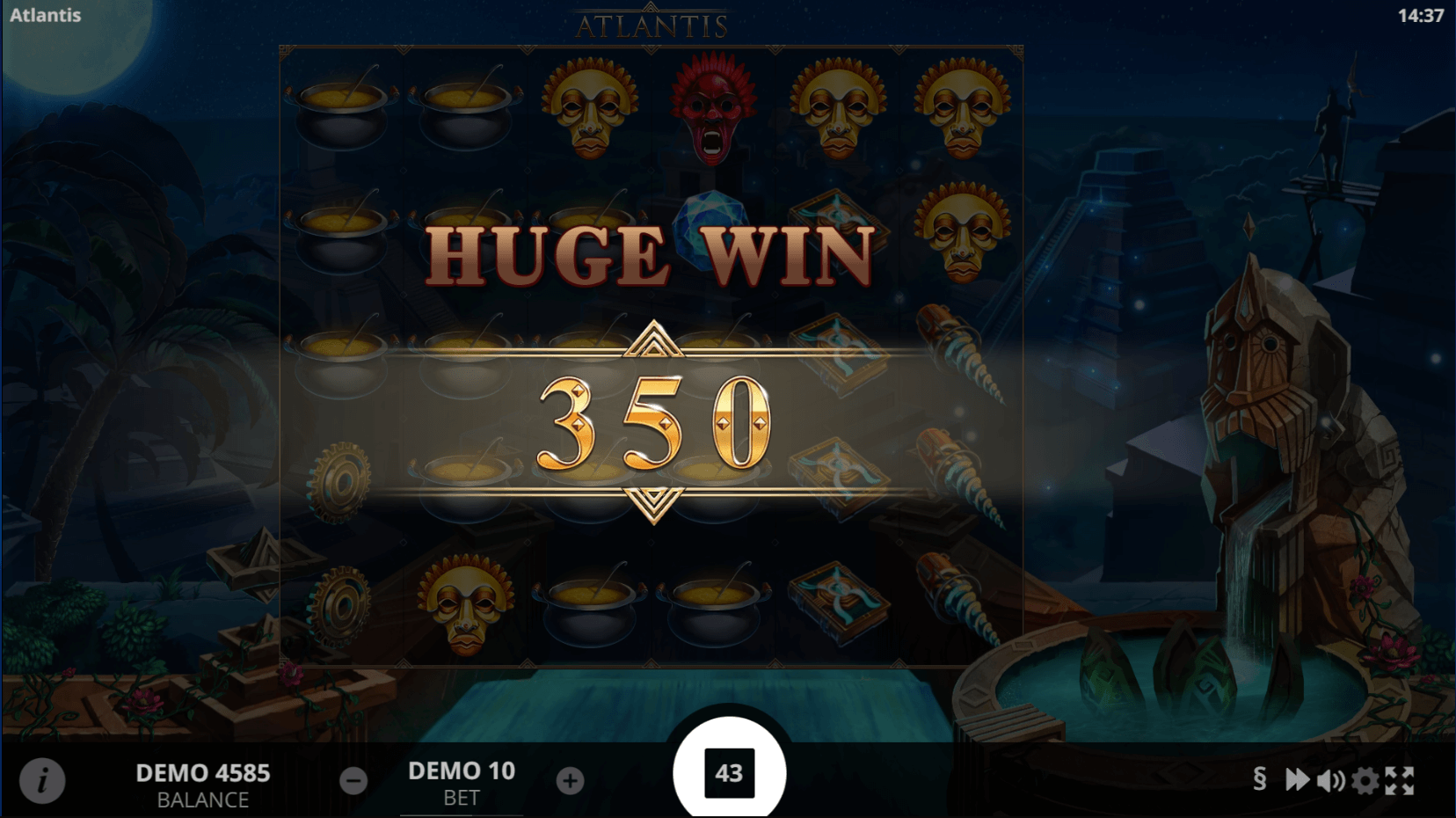 Of course, not everyone wants to risk their own money right away. Some folks like to try out a new online slot before they play for real. PlayOJO hosts free versions of many casino games and this one is no exception. Play the Atlantis slot demo to check out the action for yourself.

If you fancy searching out the lost treasures of this mysterious ancient city, you can play the Atlantis slot in the UK at PlayOJO today.

NetEnt’s Secrets of Atlantis. In this title, the ancient city has already been lost to the briny deep. Another strong looker that’s packed with features, this time the action’s decidedly aquatic. Giant and stacked symbols can make for some massive wins too!