Howdy, amigos! Today, we join a team of supernatural superheroes as they take on a failing businessman turned evil by a wicked curse. NetEnt’s Arcane Reel Chaos slot has plenty of special features that keep the action fresh and an engaging storyline to back it up too.


As you’ll discover shortly, there’s plenty to get excited about on the Arcane Reel Chaos slot machine. However, if you needed something else to sweeten the deal, OJO’s offering every new friend registering at PlayOJO a generous 50 Free Spins on first deposit with no wagering!

The Arcane Reel Chaos slot is a dark and mysterious game with a lot of atosphere. The sound of sirens in the distance and the scene of destruction behind the reels suggest that there is something untoward afoot. As you’ll find out shortly, there’s actually a supernatural battle going on between four heroes and a cursed villain!

Like many other online slots, the Arcane Reel Chaos slot features five reels and three rows of symbols. These create a total of 20 fixed win lines. Matching three or more symbols along them results in a cash prize. 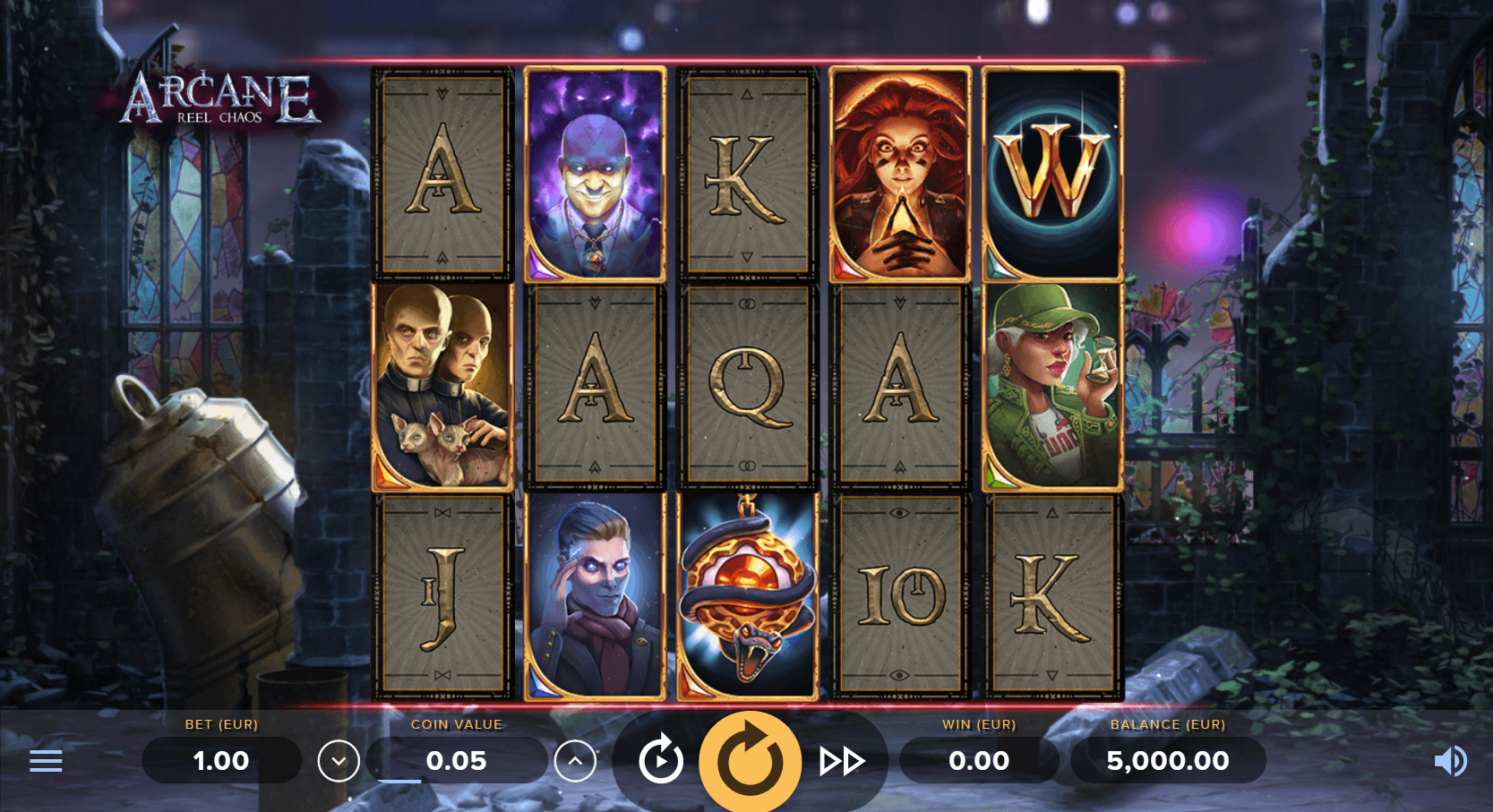 The game is considered a low/medium volatility slot has a maximum win potential of 1,212x the total bet. Meanwhile, NetEnt says that the Arcane Reels slot RTP rating is 96.81%.

If you want to make the maximum number of spins in as short a time as possible, you can play the Arcane Reels slot in either Turbo or Auto Play mode. OJO always encourages betting with caution but it’s even more important to play safe with these features active.

Psyop, the deep-thinker amongst the heroes, can randomly appear during any main game spin. When he does, three Stacked Wilds will appear in random positions on either two or three reels. With so many Wilds out there, the chances of forming a winning combination are increased greatly. 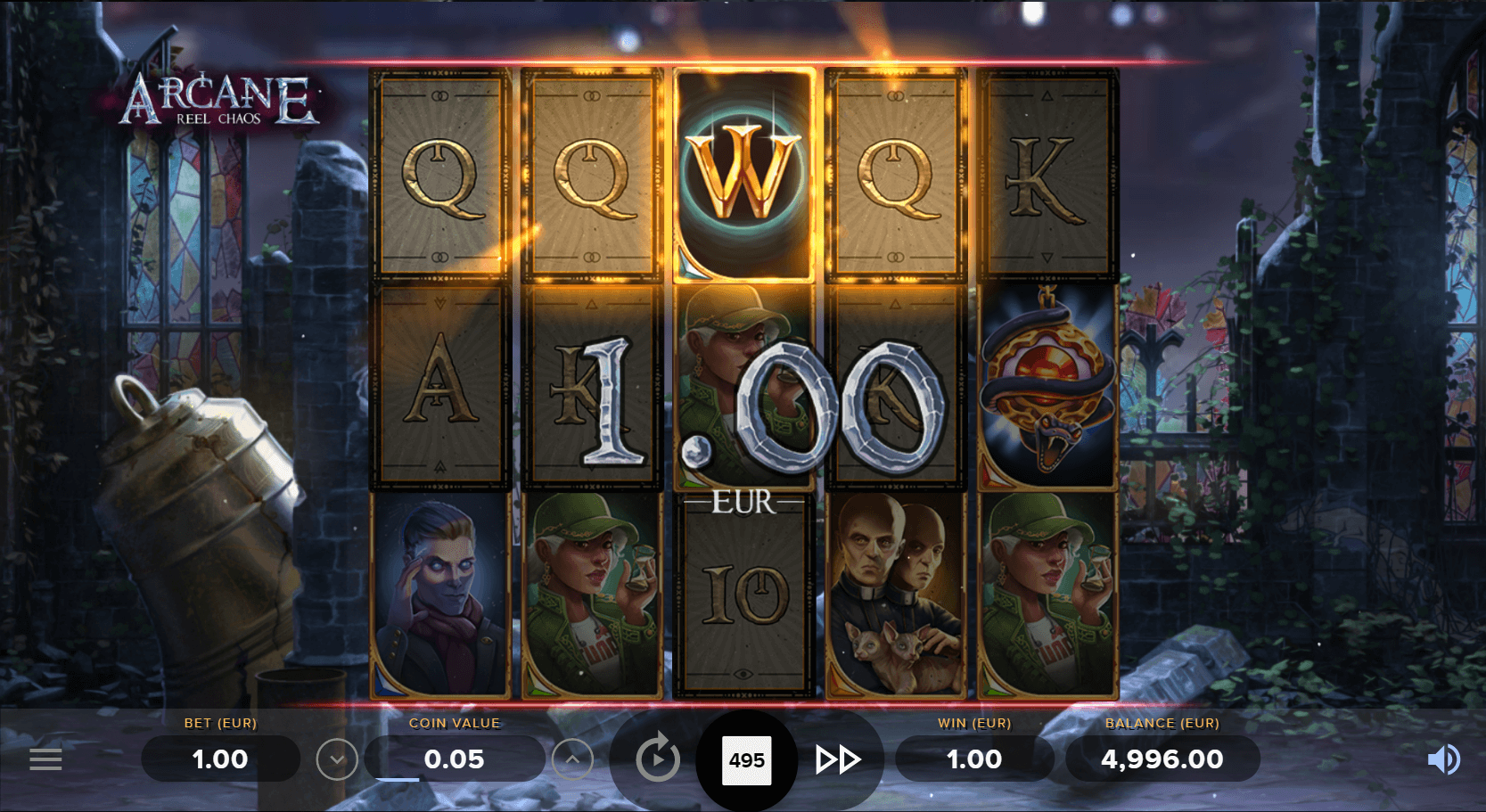 Again, this feature can activate randomly during the base game. The bizarre two-headed priest, Zero.X, will appear on the reels and scatter between three and five Wild Symbols into random reel positions.

The fiery heroine Flare can seriously pump up winning combinations when she appears on the reels. She adds a multiplier to any bet line wins of either 3x, 4x, or 5x. She appears randomly but is not a tease. You’ll only see her on winning spins.

Chrono gives you a random chance to turn a non-winning spin into a winner. When she randomly appears on a losing spin, she turns back time to activate a Respin of all five reels. The reels will keep spinning in new symbols until they award a win. 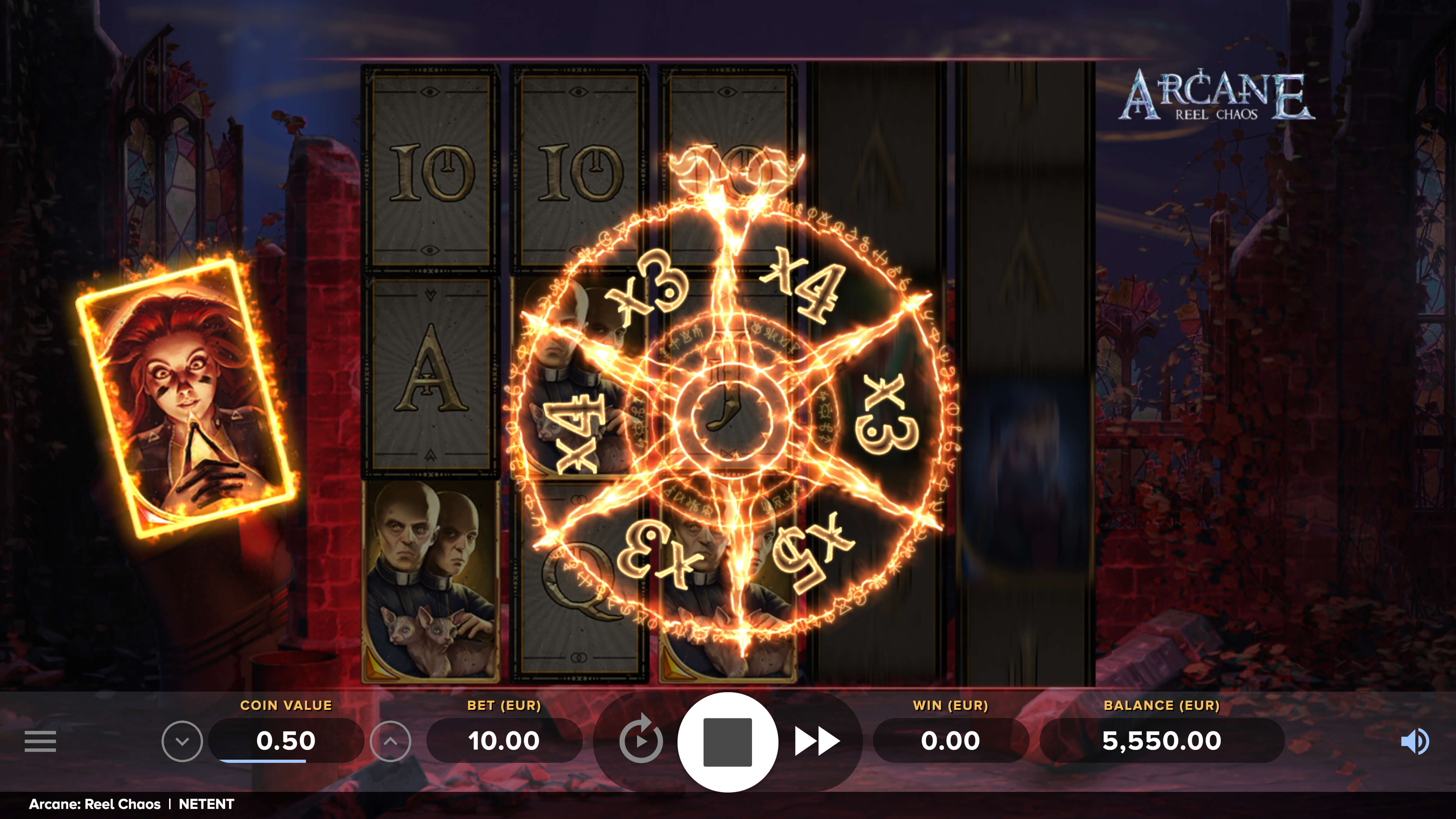 That’s not all though, each successive Respin increases the bet line multiplier at the side of the reels by 1x. The minimum multiplier is 2x and the maximum is a generous 10x!

If you manage to land three Scatter Symbols on the first, third, and fifth reels simultaneously, the Arcane Reel Chaos Free Spins Feature will begin. During the feature, our four heroes do battle with Deep Pockets – the failing businessman corrupted by an evil curse.

There is a total of four different stages that the fight takes place across. Shots are fired from one character across the reels to the other. Each of the characters has health points that decrease each time their opponent lands an attack.

Winnings from each of the stages also have a multiplier applied to them but beware, Deep Pockets gets harder to defeat on each stage. If you manage to complete all four stages, an additional instant cash prize is awarded.

You can adjust your total bet on the Arcane Reel Chaos online slot by increasing or decreasing the value of the coin bet on each of the 20 fixed win lines. The minimum bet per spin is 20p and the maximum is £200. 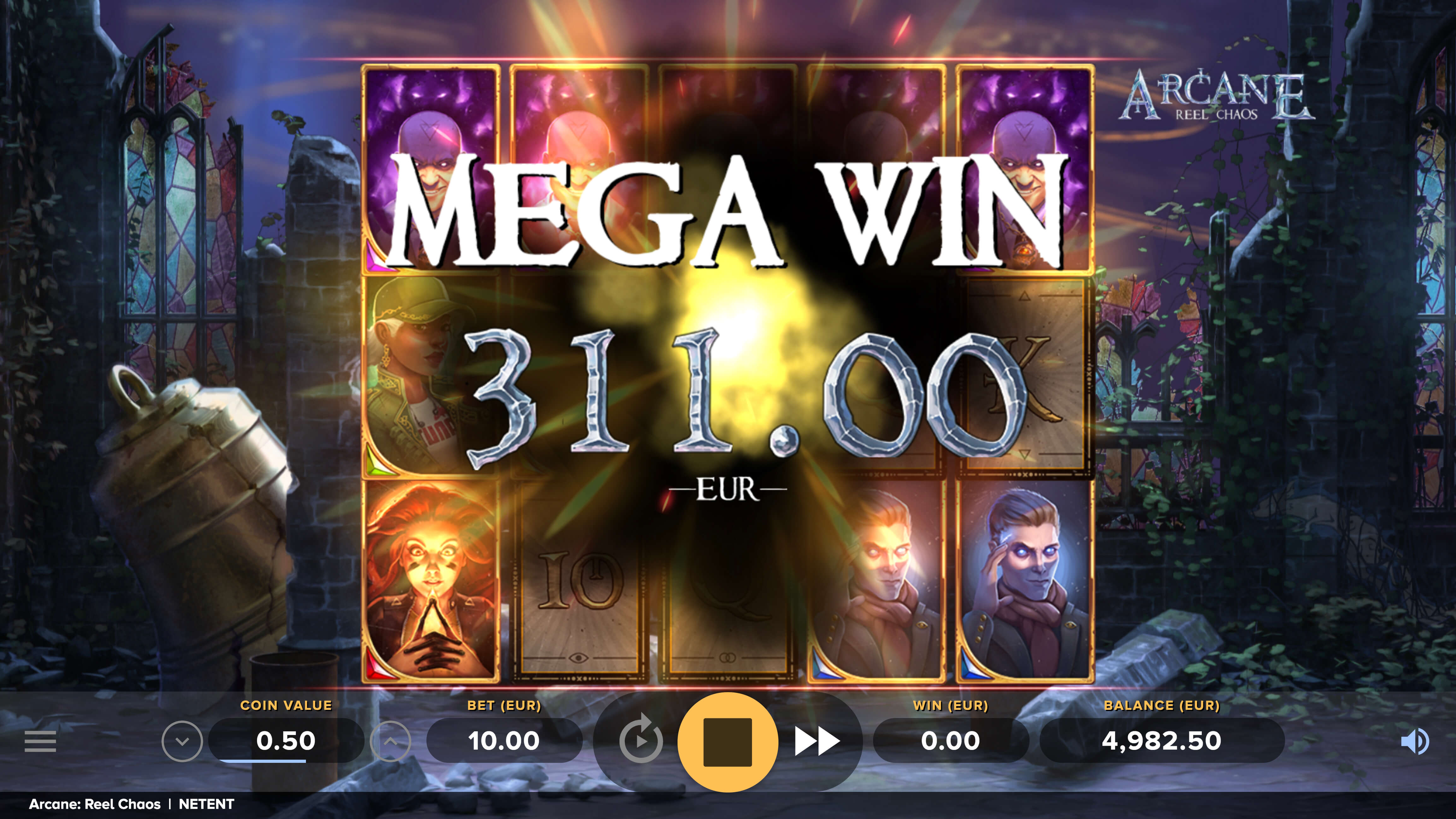 Of course, not everyone wants to play for real money right away and OJO knows this. That’s why we host an Arcane Reel Chaos slot demo to test your might versus Deep Pockets for free first.

If you love online casino games with a real storyline and plenty of interesting special features, OJO recommends giving this one a try. Play the Arcane Reel Chaos slot in the UK today at PlayOJO to discover all that this supernatural casino game has to offer.

Age of Asgard by Yggdrasil. This impressive slot features two sets of reels and is centred around a battle between the forces of good and evil. Like the Arcane Reel Chaos slot, there are also plenty of exciting special features to boot!