Hey there, OJOers. Today we’re looking at a classic-looking virtual fruit machine with a load of interesting special features. On the All Star Knockout slot, we’re collecting Bonus Stars with the aim of knocking out symbols from the reels – it’s not just a clever name then, eh? 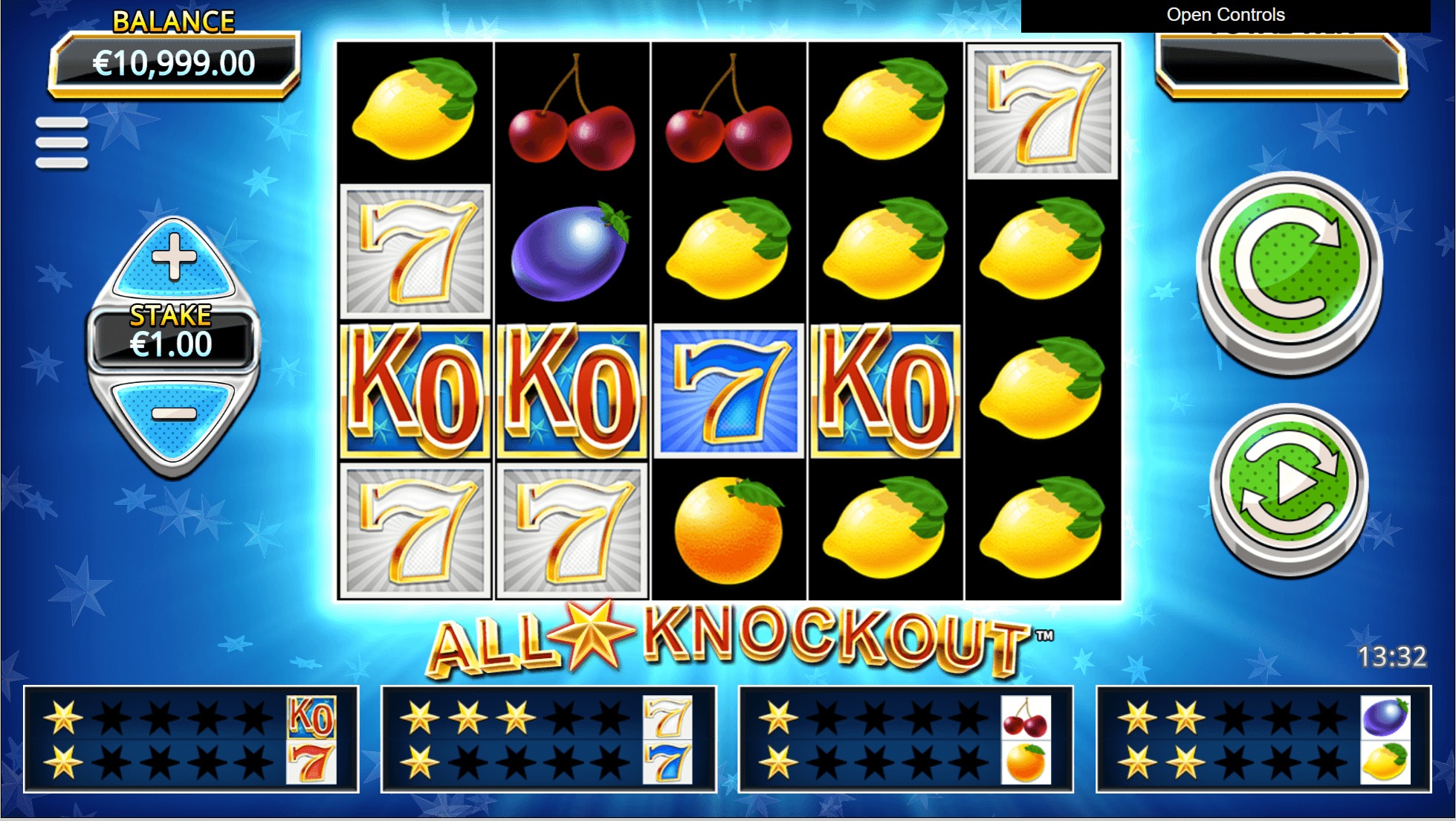 If the thrill of the All Star Knockout slot isn’t enough to get you to pay OJO a visit, perhaps 50 Free Spins with no wagering is. OJO gives them to all his newest pals just for making a deposit!

The All Star Knockout slot is themed around a fromula tried and tested by many real-world and online slots – the classic fruit machine. The game features basic symbol artwork and doesn’t use overly showy animations to keep us entertained.

Below the fruit-loaded reels, you’ll notice that there’s an extra board with blacked-out stars next to each of the game’s symbols. OJO will tell you more about that shortly though.

The action on Yggdrasil’s All Star Knockout slot takes place over a set of reels that measures five symbols by four. This creates a total of 20-win lines that are always active. You must match three or more of the same symbols along them to receive cash prizes.

Those players wanting to really speed up of the action can do so using the Auto Play feature on the All Star Knockout online slot. However, as OJO always says, it’s important to play responsibly – especially when using such features. 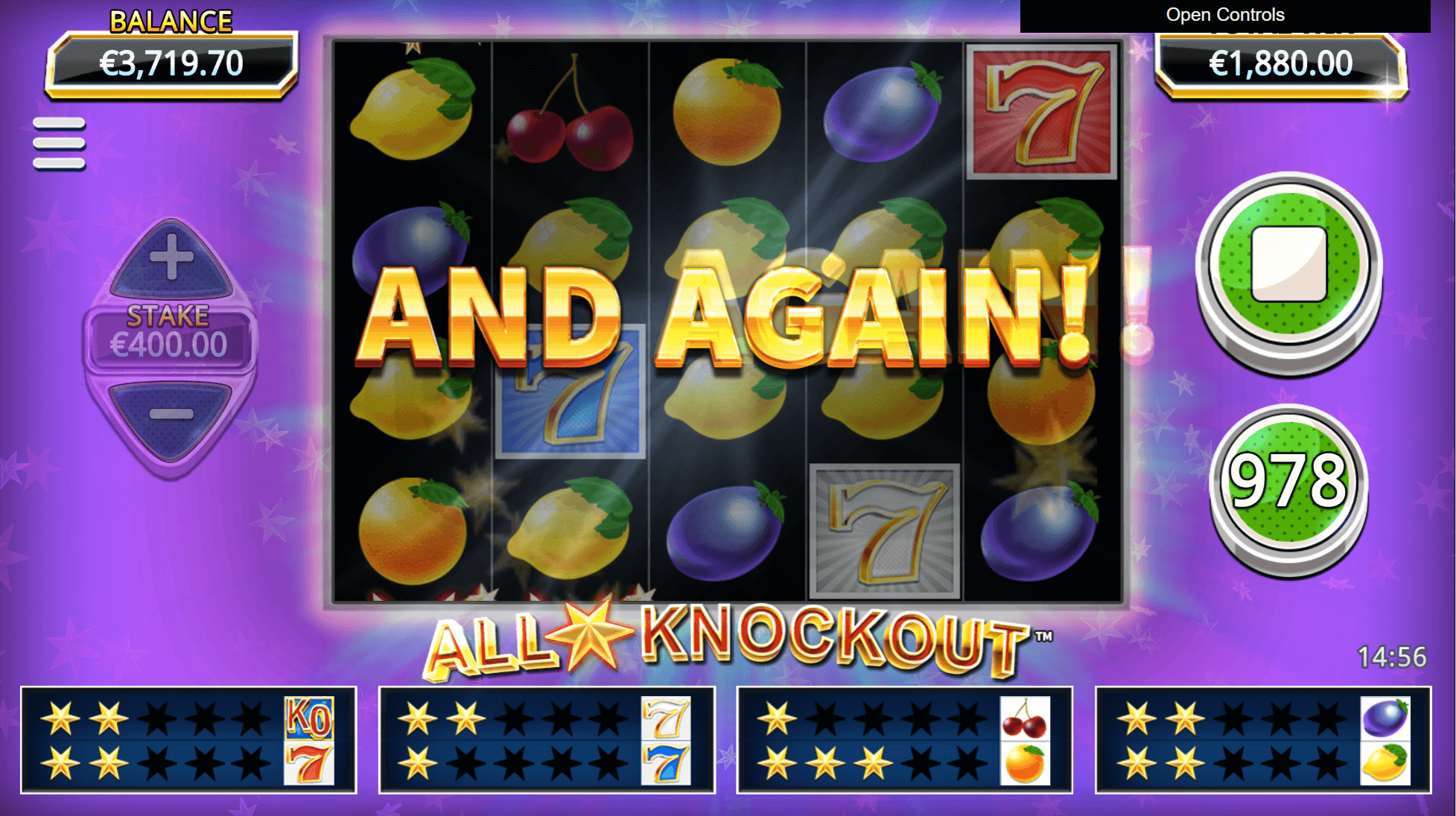 If stars land on the reels after any spin, they’re added to random positions on the Bonus Stars Board. When you collect five stars next to any of the symbols, you’ll trigger the All Star Knockout Free Spins feature.

You’ll receive five Free Spins and the symbol that collected the stars is knocked off the reels for the whole feature. This means that matching the remaining symbols along a win line becomes more likely.

As well as the symbol knockout, you’ll receive a random multiplier between 2x and 5x on all winnings awarded during the Free Spins. What’s more, you can trigger an additional two All Star Knockout Free Spins by collecting five Bonus Stars next to another symbol. The symbol triggering the extra spins will also be eliminated from the reels.

Whenever you don’t manage to form a winning combination after a spin, there is a chance that the All Star Knockout online slot will take pity on you. On random losing spins, you may be awarded with Win Spins – extra spins that don’t cost anything but always result in a prize! You can receive up to three of them per Random Bonus received.

When you’re struggling for Bonus Stars, the All Star Knockout slot gets generous. If at any point you have between just one and four stars on the board, the next paid spin triggers a Free Respin. This is guaranteed to help your efforts collecting those stars! 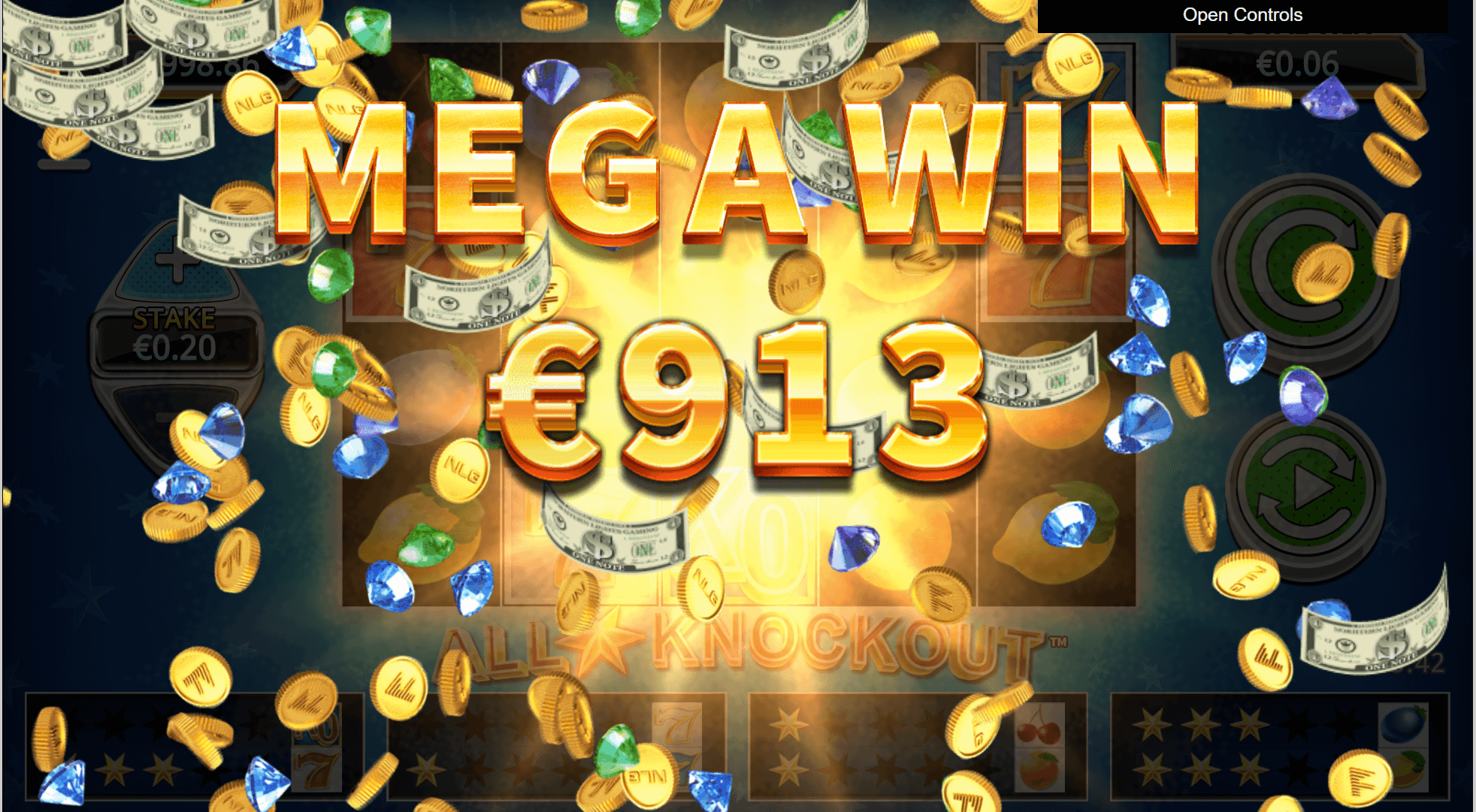 The total bet amounts are listed to next to the reels on the All Star Knockout slot. They range from just 20p right up to a high-roller-friendly £400.

Of course, you don’t need to rush to play All Star Knockout with your own money. If you’d rather try it for free first, you can play the All Star Knockout slot demo in the UK right here at PlayOJO – just as you can with many of our online casino games.

OJO loves how many second chances to win or trigger a special feature there are on Yggdrasil’s All Star Knockout slot. It might not be the flashiest looking slot ever but such features, and the generous All Star Knockout Free Spins, make for a fantastic online slot experience.

Fruit Party by Pragmatic Play. Bright, funky, and with random multipliers, this one blends style and a non-standard reel layout to create a winning package.