A Dark Matter Slot: Hunt for Riches in Wraith Manor

Hey there, amigos! Today, we’re going back in time on Microgaming’s Victorian mystery adventure: the A Dark Matter slot. All is not as it seems on this one, thanks in part to the online slot’s crazy Wild symbols! More on those latter though… 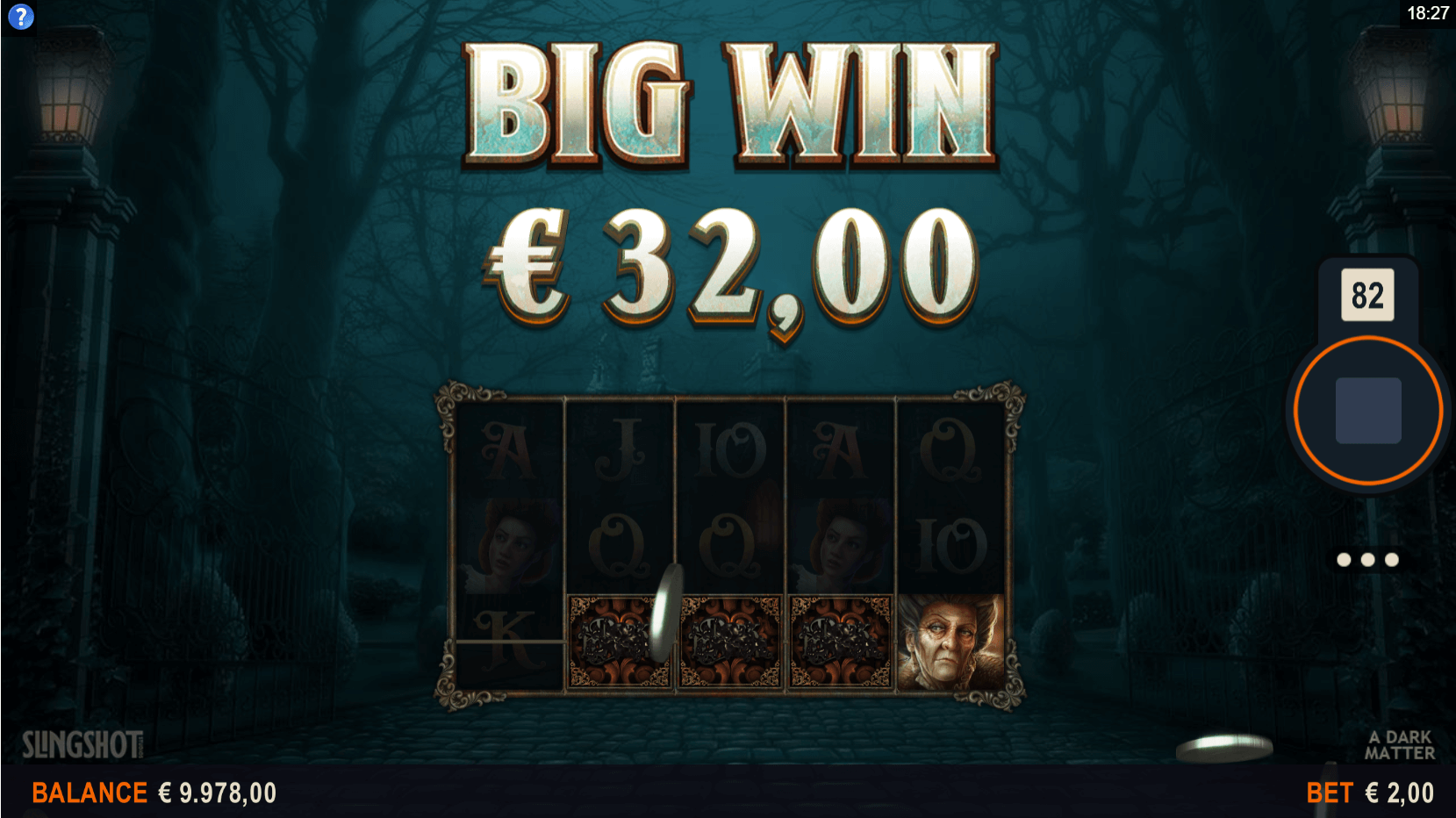 What could be better than a thrilling and mysterious slot with the chance of winning big? Well, a juicy bonus to go with it, of course. OJO gives all his newest pals making a deposit 50 Free Spins with no wagering. What a guy!

Given its sinister subject matter, Microgaming went for a shadowy, mysterious setting for the A Dark Matter online slot. We find ourselves outside a looming mansion – Wraith Manor. Only a couple of gas streetlamps light the approach to the property and given the stern looks on the residents’ faces, something untoward has been going on.

The A Dark Matter slot game has five reels and three rows of symbols. These create a total of five fixed win lines. However, unlike a lot of online slots, wins are awarded for matching symbols in both directions. This means there are technically 10-win lines along which to match symbols. 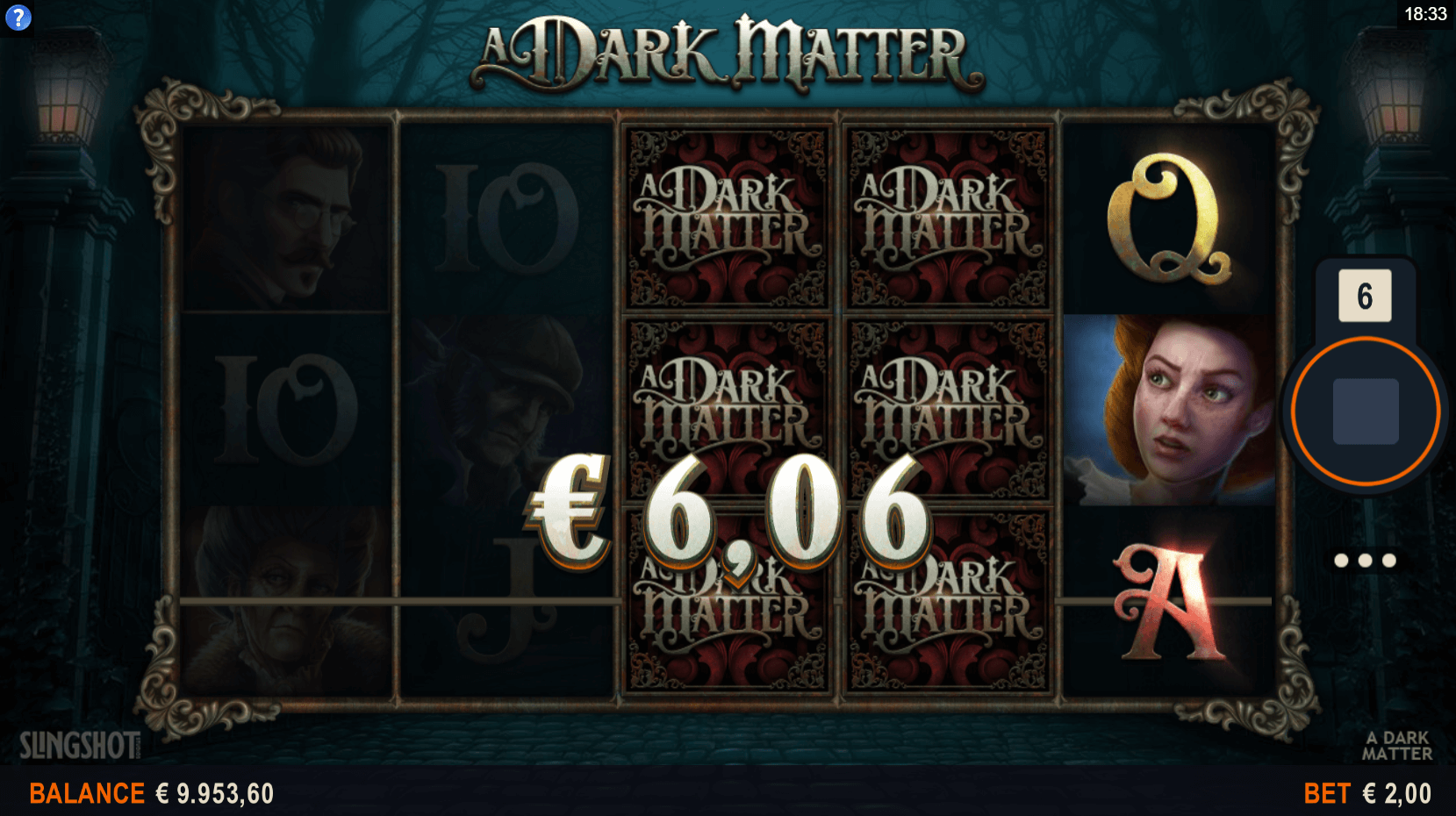 Those of OJO’s amigos that like to play rapido will be pleased to know that there is both a Quick Spin and Auto Play function on Microgaming’s A Dark Matter slot machine. Whilst these features speed the action up, it’s important to always play responsibly – especially when using them!

Things get pretty wild in Wraith Manor. A Dark Matter game logo Wild symbol will substitute for any symbol (apart from the Scatter) when it forms part of a potential winning combinations. It only appears on reels two, three, and four, but when it does, it’s capable of all sorts of trickery.

Firstly, Wild symbols landing on reel two or four can appear stacked during the base game. During A Dark Matter Free Spins mode, they can be super stacks!

If you’re lucky enough to land a full Wild stack in view, the symbols will invade one of the reels adjacent to it. This creates a double stack of Wilds and given that win line wins run in both directions, guarantees a sizeable win! 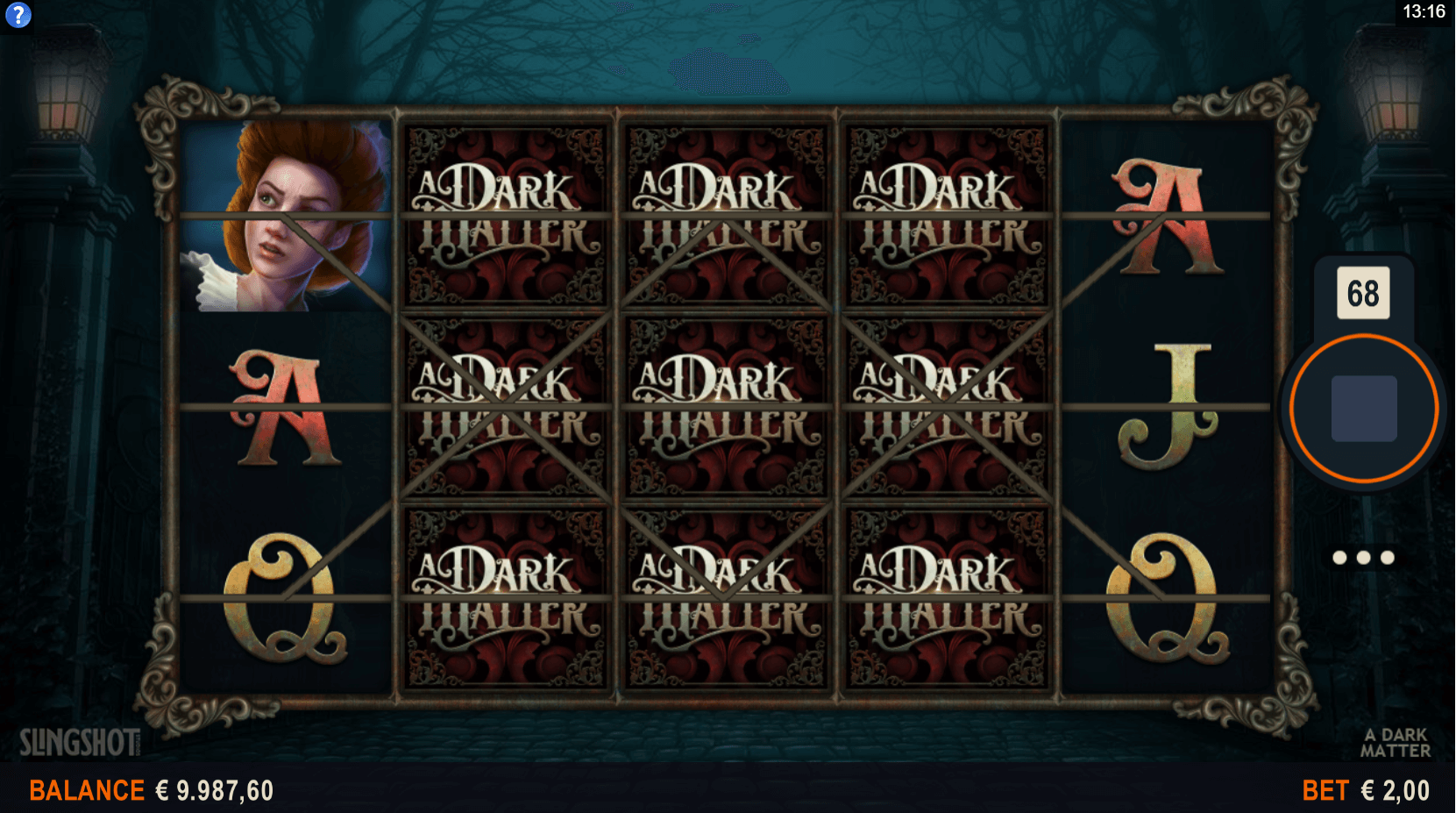 Landing three or more of the game’s Door Knocker Scatter symbols on reels two, three, and four will trigger the A Dark Matter Slot Free Spins. For the feature, we’ll be venturing inside of Wraith Manor to uncover its mysteries (and hopefully win some large prizes!)

You’ll receive 12 Free Spins initially and each additional Scatter that lands during the feature adds another Free Spin to those remaining.

With its five fixed multidirectional win lines, choosing how much to bet on the A Dark Matter slot is really easy. You just select the total amount wagered per spin. The minimum is just 5p and OJO’s high rolling pals can bet up to £50. 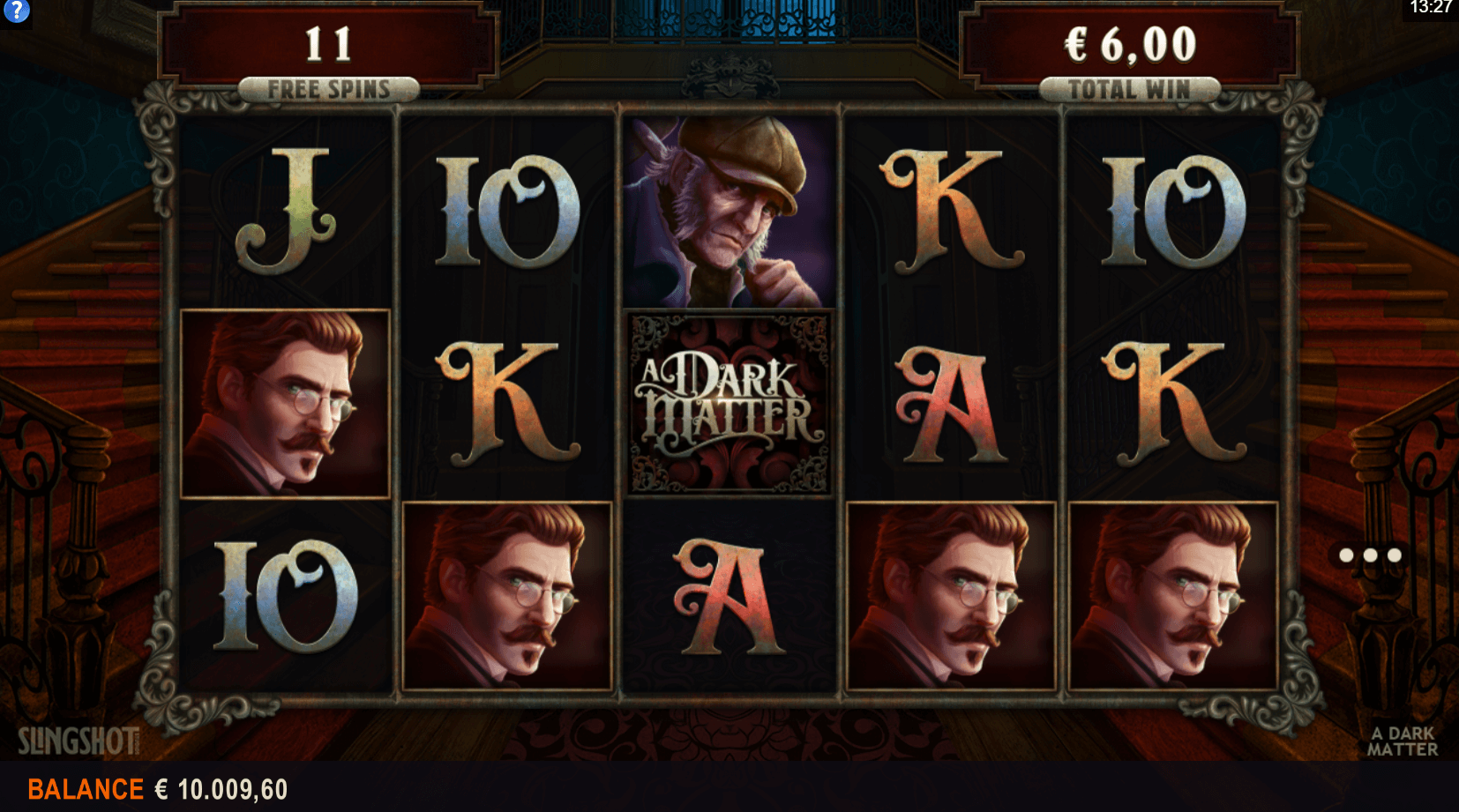 With its innovative take on Wild symbols and mysterious subject matter, it’s not hard to see why OJO loves Microgaming’s A Dark Matter slot machine. If online casino games based on historical mysteries are your thing, why not play A Dark Matter slot in the UK at PlayOJO today?

IGT’s Mystery Express slot. Another historical slot machine with a sprinkling of the unknown. This one sees us embark on a train journey across Europe in search of lost treasures!