9K Yeti Slot: Head to the Summit in Search of Riches

Howdy, OJOers! Fancy testing your luck against a ferocious yeti on your way to the top of a Himalayan summit? Well, on the 9K Yeti slot by Yggdrasil, we’ll be doing just that! 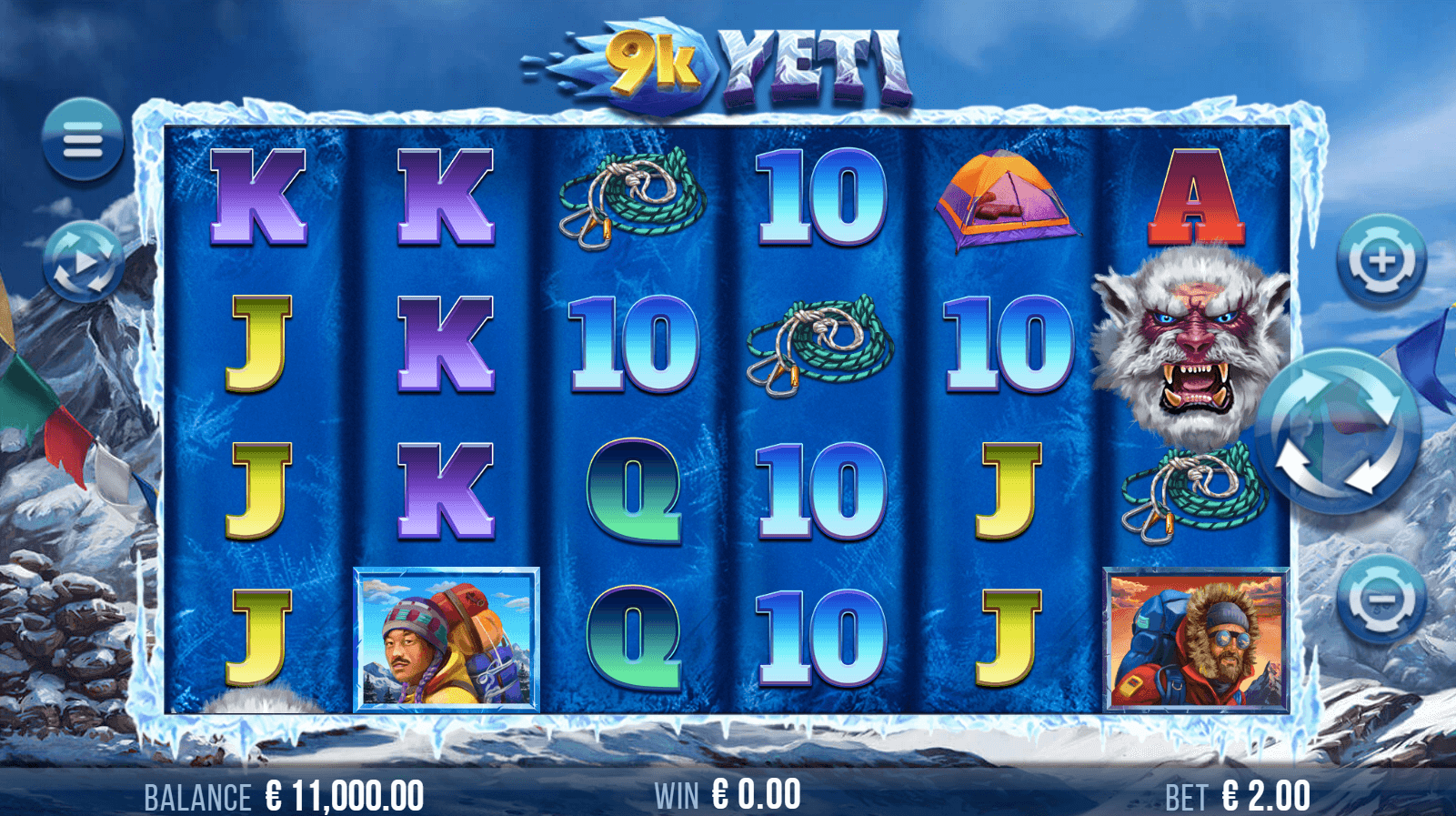 Join OJO as he embarks up the perilous peak. Will you outsmart this mountain monster on a hunt for fame and glory (or, more appropriately, cash prizes)?

9K Yeti online slot is all about an unexpected encounter during a mission to a mountain’s summit. Given the inclusion of Nepalese prayer flags, the backdrop to the action itself is most likely the final stretch on the way towards Mount Everest’s peak.

The higher value symbols on the 9K Yeti slot game are represented by mountaineering equipment, as well as a climber and his brave Sherpa accomplice. Oh, and the very highest value symbol is the snarling yeti!

Rather than use traditional win lines, wins on 9K Yeti online slot are awarded for matching two or more of the same symbol on consecutive reels. Since there are six reels and four rows of symbols, this means there are a total of 4,096 possible ways to make a winning combination!

Yggdrasil set 9K Yeti slot RTP to be 97% and the top prize when playing the title is an impressive 9,012x the total bet. You’ll receive this if you manage to fill all reels with the fearsome Yeti symbol. 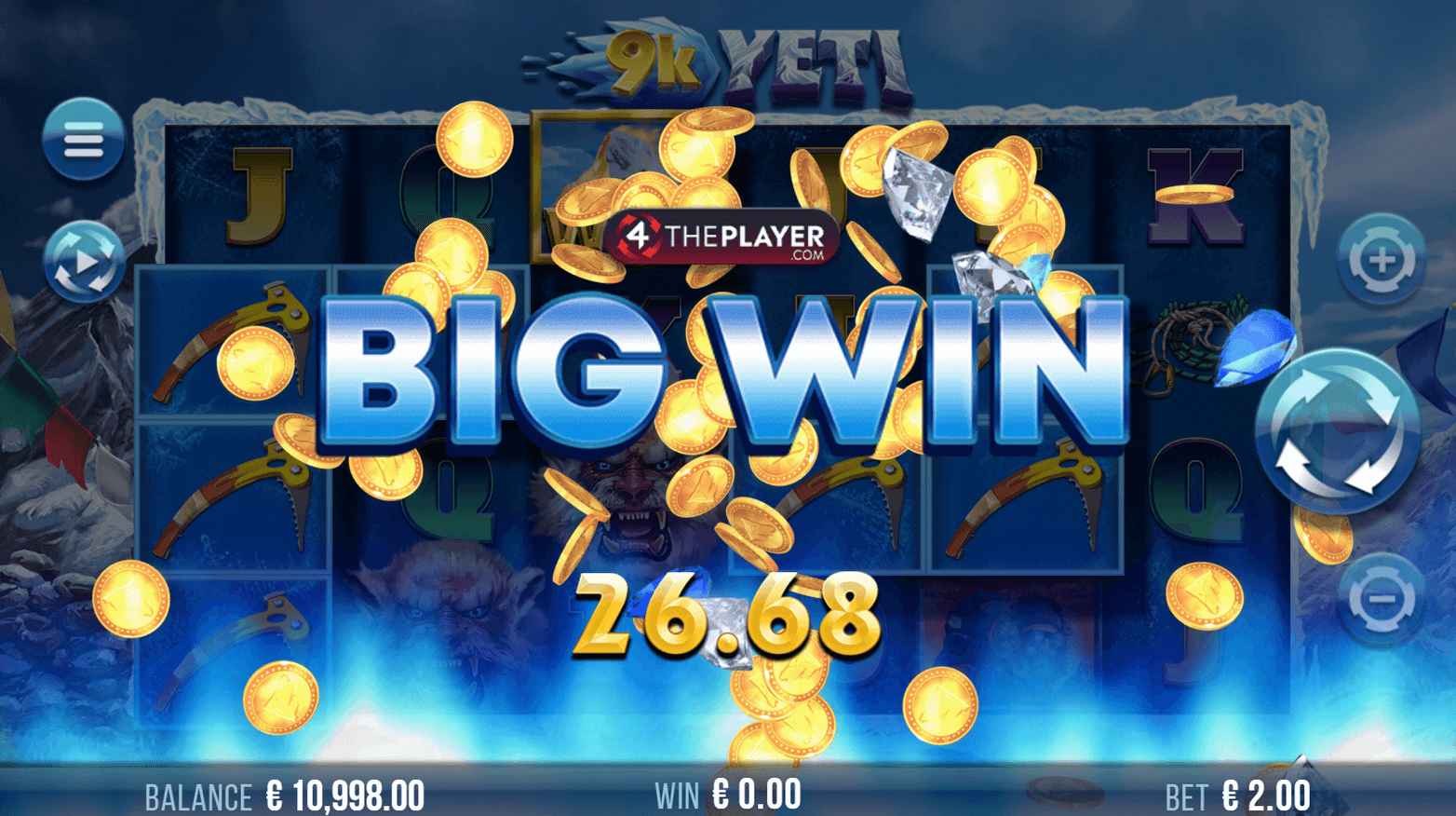 9K Yeti online slot also features an Auto Play option. This helps you to get through way more spins in the same amount of time than if you were playing manually. It’s always important to play responsibly when using online casino games. However, it’s even more important when using such time-saving features.

Yggdrasil included a handy portrait mode for those of you that like to use online slots on your mobile device. When playing in portrait mode, you can choose either classic reels or the big reel mode. The latter option stacks the reels vertically and they spin horizontally.

Rather than receiving prizes for matching symbols left-to-right, instead, you must match symbols from top to bottom on consecutive reels. All other gameplay features work exactly the same.

The 9k Yeti Free Spins mode is one of this online slot’s standout features. If you’re lucky enough to land three or more of the Yeti’s Footprint Scatter symbols anywhere on the reels, you’ll receive a set number of Free Spins. Land one on each of the six reels and you’ll receive a massive 88 Free Spins! 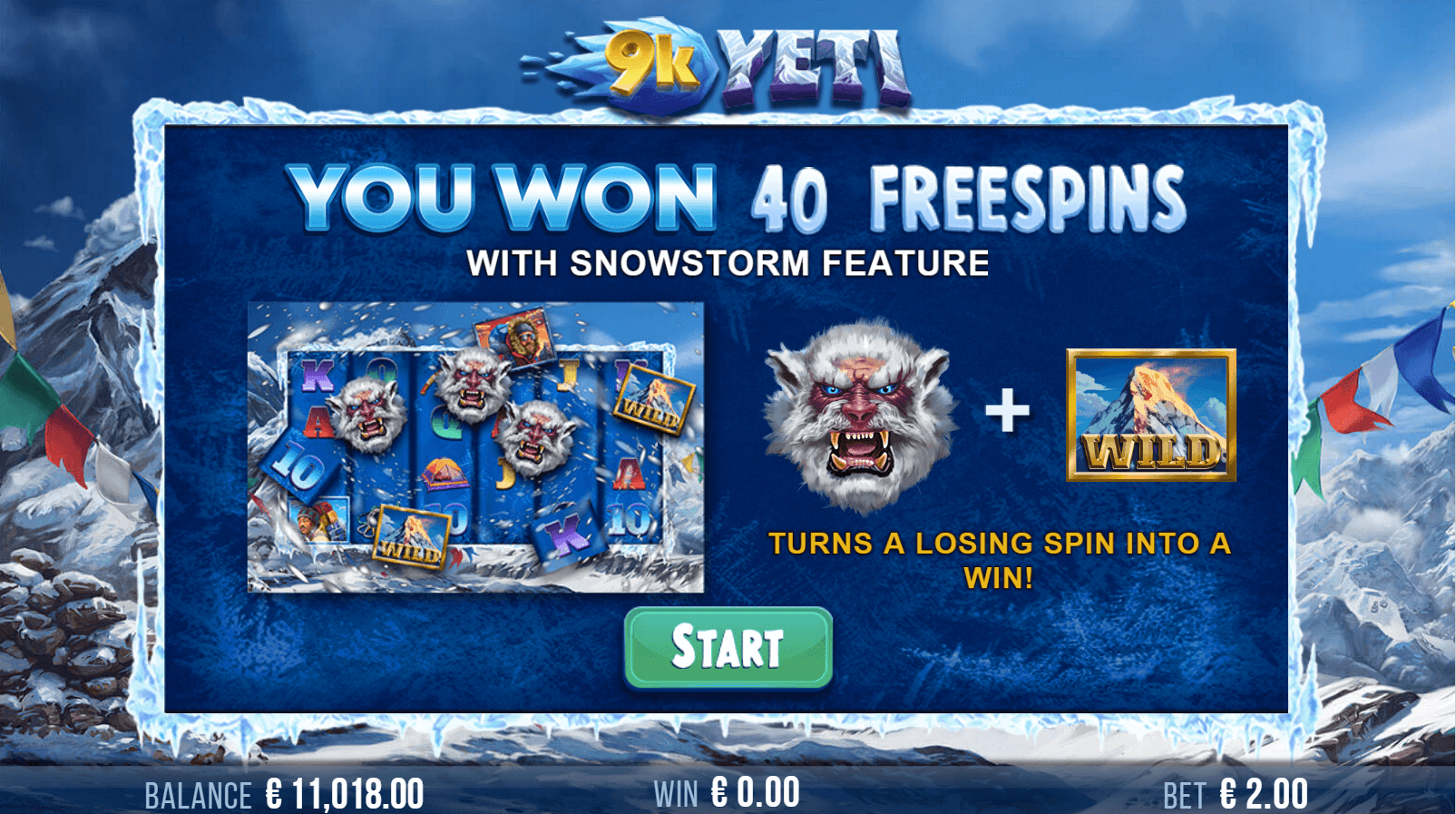 The 9k Yeti slot Free Spins can be retriggered by landing more Footprint Scatter symbols on the reels during the feature. You can receive up to 880 free plays in total!

During the Free Spins mode, the Snowstorm feature is active. This feature changes losing spins into winning ones when the Yeti and Wild Mountain symbols appear together. The symbols all shuffle around and land again in new positions to form a winning combination!

Since it doesn’t use traditional win lines, you can’t adjust how many lines are active on the 9K Yeti slot machine. This only leaves the option to adjust the total bet amount between a minimum of just 10p and a maximum of £25. 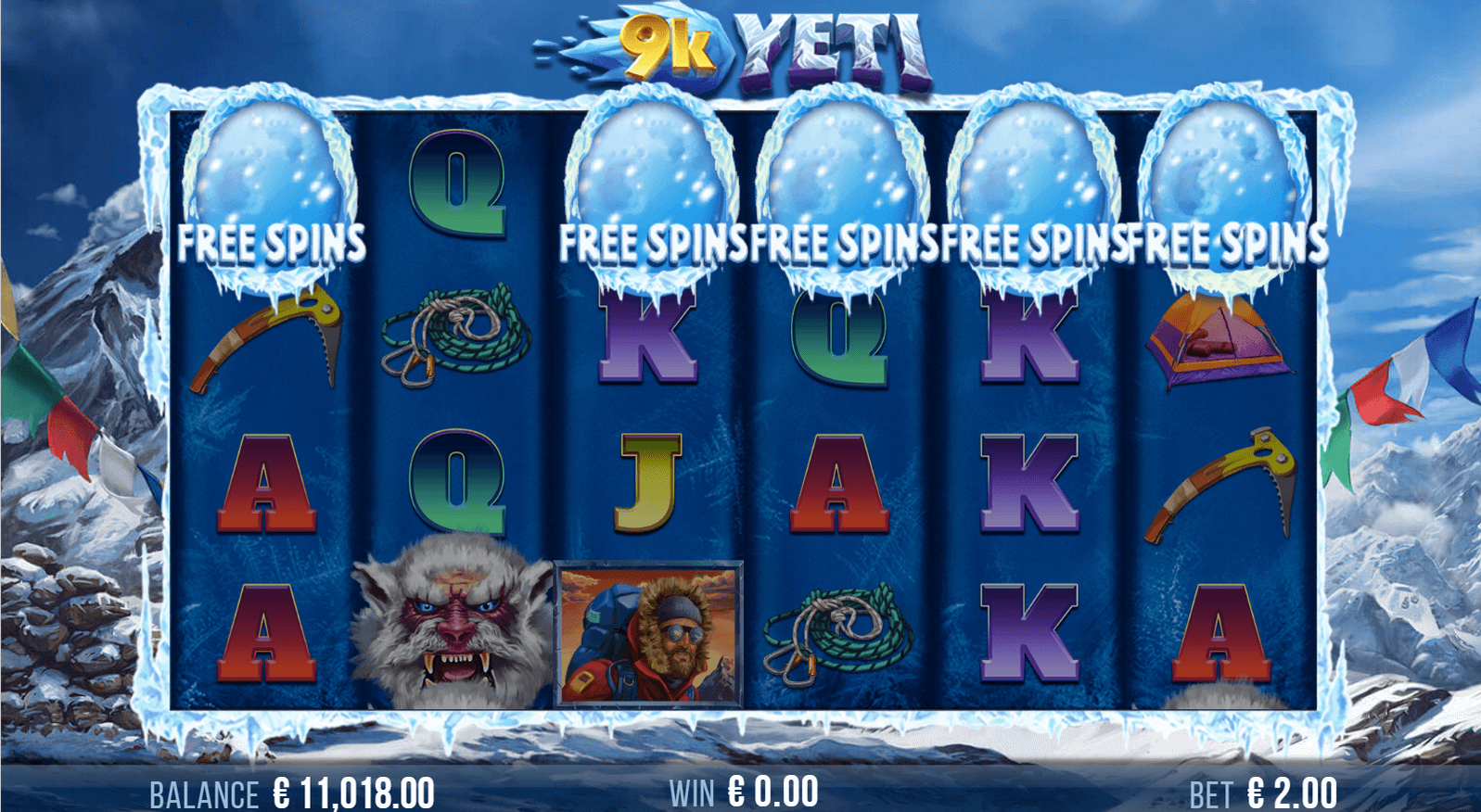 When you’re ready to deposit, you’ll receive 50 free spins with no wagering just for loading up your PlayOJO account with real money – thanks OJO!

With its non-conventional theme, generous Free Spins mode, and innovative gameplay dynamics, this online slot by Yggdrasil seriously impressed OJO. If you’re up for a mountain adventure in search of the yeti’s treasures, you can play the 9K Yeti slot in the UK at PlayOJO today!

Rise of the Mountain King by NextGen Gaming. Another slot based high above sea level, this game also has a fearsome main character, and takes cues from myth and legend. OJO loves having a dance to the slot’s classical theme music too!