The Year of the Rat

First off, happy Chinese New Year to all those celebrating. This colourful festival which starts on Saturday 25th January is all about spreading good fortune and happiness and eating endless amounts of delicious dumplings.  And I’ll have you know that 2020 is in fact the Year of the Rat – but don’t be put off, babies born this year will supposedly be very industrious, thrifty, diligent and positive. They’re not half bad after all, those rats.

To get you right into the Eastern spirit and to spread some of that good fortune and happiness, we’ve handpicked 3 of our fave Chinese-inspired slots and if you know which way your fortune cookie crumbles, you won’t waste any time in checking them out at the fairest casino in town.  Let the no-wagering fun begin and most importantly of all, may the rat be with you.

Start with an Epic Journey

What better way to start this Eastern adventure than with an Epic Journey, which is the name of this delightful Chinese-themed slot from Red Tiger. Here you’ll find human bodies with heads of pigs and monkeys, the latter of which you’ll probably recognise from their very memorable portrayal in the Planet of the Apes.

This game has 3 mini features and the Epic Staff is what’s gonna take you there. They can appear randomly in each base game so you never do know when your luck will change. What’s up for grabs?  A massive 3×3 symbol, nudged reels and symbol transformations are on offer in these extra features. There’s also a Gold Bonus feature where can win cash prizes by picking a pot of gold. But the really tasty Kung Pao lies in the Journey Bonus feature where you can travel along the cash trail to win up to 888 times your stake. I’m salivating at the very thought of it.

Have a Lucky New Year

Fingers crossed it’s gonna be a Lucky New Year for us all, but until then my motto is “fake it till you make it” and I know just the game for the job.

Lucky New Year is a Chinese-themed slot from Pragmatic Play, offering the chance to land a fixed Jackpot of 1,000 times your stake, as well as stacks and stacks of cash prizes. But how do you get your hands on these prizes, I hear you ask. It’s all about the Money Re-Spin feature and every time the money symbol lands you get 3 more re-spins. Symbols are held and the re-spins keep on spinning until they run out, whenever that might be. Fill up all those money symbols and you’ll be laughing all the way to the most expensive Chinese restaurant in town.

The Star Gods are looking down

Will the Gods answer your prayers? Well you’ve got 3 of them featuring in this game so there’s definite room for some sweet-talking. Star Gods, by Golden Rock Studios features the most popular 3 of all the Chinese Gods – fortune, prosperity and longevity. Those are some Gods we can get onboard with. We love that it features Win Re-Spins, which can only ever have a positive result. Um, yes purrllleeeeaase.

There’s also the Free Win Spins Bonus feature which appears during win re-spins or when a Wild and Scatter lands in the base game and what we love about this feature is that if there is a spin without a winner, another spin is added. The wild symbol is the golden star, and it only lands on the 3 middle reels. Whenever you land a wild, it’ll turn into a stacked wild (in the form of the gods) immediately that fill the whole reel. My my, you Gods are really spoiling us. Let the good fortune and happiness be with you, folks! 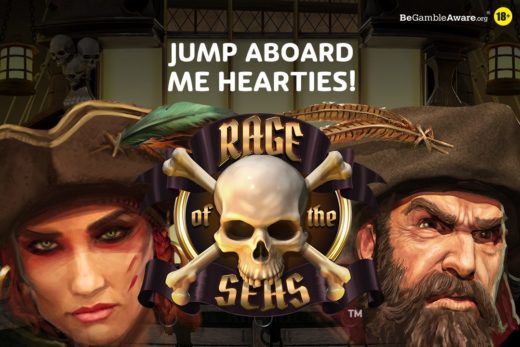 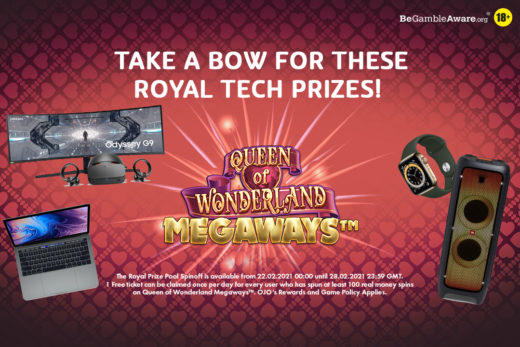 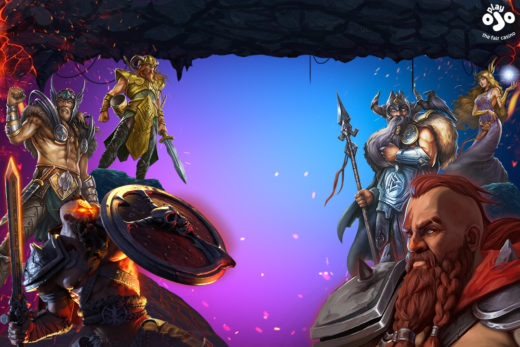 THE VIKINGS HAVE INVADED PLAYOJO!